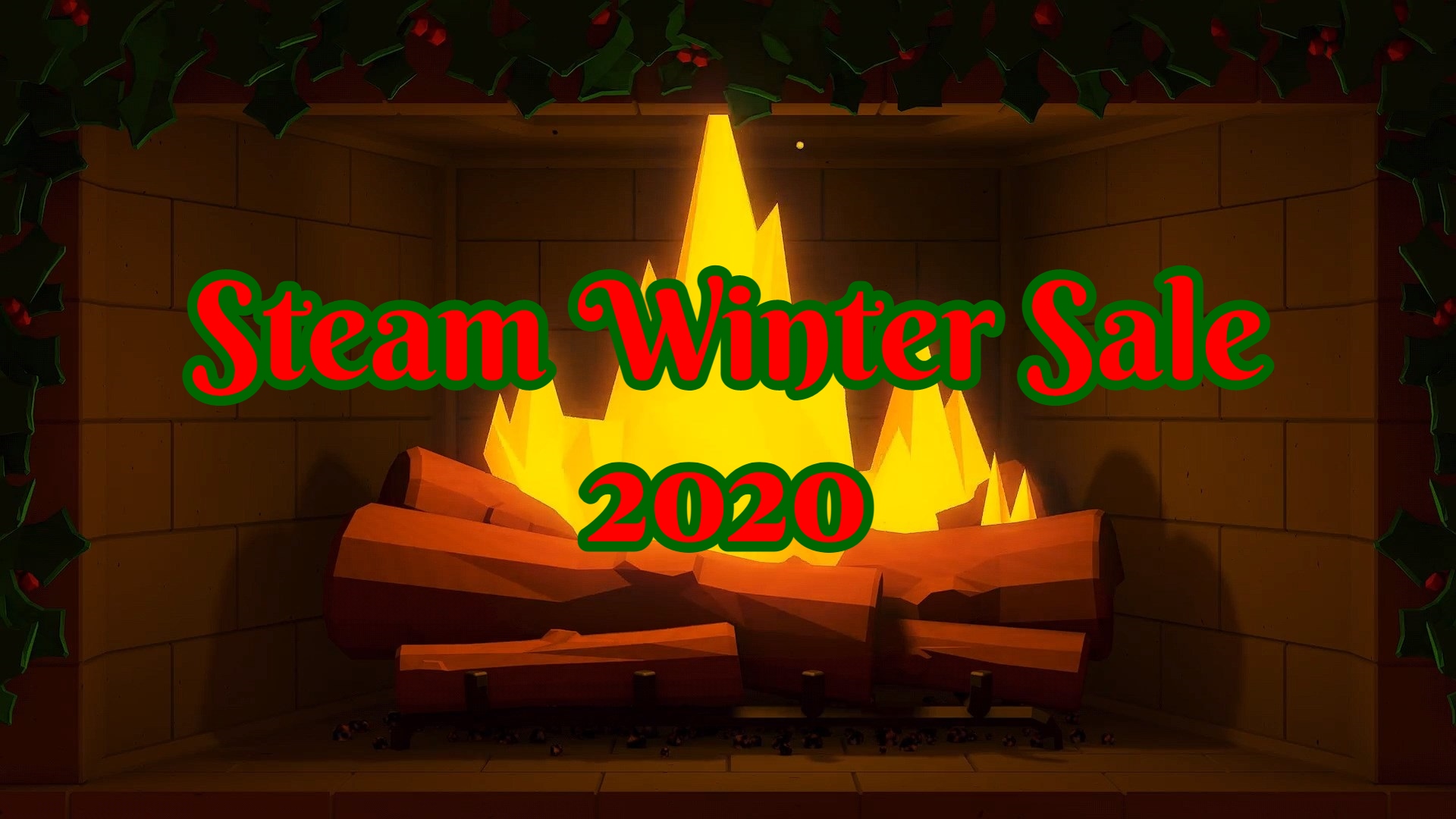 The Steam Winter sale has started on December 22nd and ends on January 5th. It’s that time of year again to add to your backlog and break your wallet wide open for discounted games. Along with that, the winter Steam sale is having its usual events from holiday stickers, cards, and voting on games. I have also included a list of some of my favorite games that are on sale.

What events and changes for the Steam Winter sale 2020 do they have in store for us this year? They have created themed pages for different genres. They have an error page for when their servers are overloaded and can’t handle the traffic. You also get to vote on your favorite games. Along with the usual earning of cards, points, and stickers from doing certain actions.

They have created 25 different game genre pages. These pages feature any games you have on your wish list. Along with showcasing the many different games that are currently trending among buyers or have been curated to be shown on those front pages. While the bulk of the games being showcased are expected to have a discount not all of them will be. 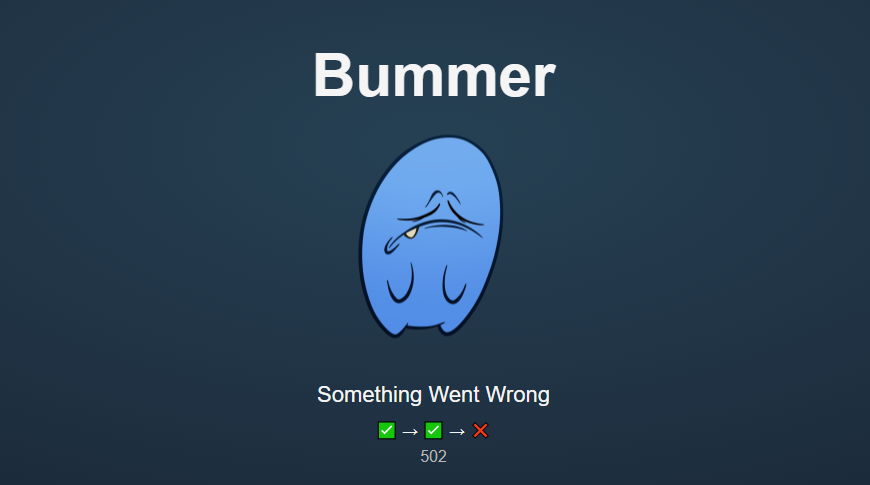 The error of 502 pages is rather funny. I don’t know if this was added before the event of this sale but I find them to be a nice touch! It’s about time a company that sells games species up things a bit. We all know they get a lot of traffic during the Winter sale so sometimes you got wait a while for pages to load. In the weeks leading up to this sale, there have been voting going on to select games that will appear in the 2020 Steam Awards. It is now time for the final votes and the 2020 Steam Awards ends on January the 3rd. You can vote on games in several categories from the popular Game Of The Year to the Best Game You Sucked At (oh there were so many!)

You can earn trading cards to turn in for the Seam Awards 2020 badge for doing certain actions. One method of acquiring these cards is from voting on games in The Steam Awards. You can also go through your discovery queue which can be found towards the bottom of the main store page to earn more cards. There might be other methods as well; however, they are not really needed as they made it quite easy this year to get the badge unless you are unlucky and get a bunch of duplicates.

During the Steam Winter sale 2020, you also earn points that can be spent in the points shop. There are stickers, emoticons, frames, and other things. You get 100 points for every $1 you spend and further details about that promotion can be found on their Steam points page.

If you are not spending much this holiday season make sure to check out the points shop every other day as you can claim a free sticker. Today my random sticker was the Cyberpunk bird!

Steam also has a live stream Yulelog where many are chatting away in the chat. They happened to have started this yesterday. The chat seemed to be quite civil when I poked around for a bit.

As far as any other mini-events or fun side activate that we normally see during this holiday sale that does not appear to be the case this year. I am not an insider or a game journalist and do not get any of this information beforehand. As such if anything is added later on I’ll be sure to update this section.

Every year I go through and pick out some of the games I’ve really loved playing. Some of these games were played in 2020 and others in prior years. All of these games listed below are on sale during the Steam Winter 2020 event. Some of these games are in early access but are far enough along that I feel they are worth getting now if you are a fan of the genre they are in. Stardew Valley just had a massive 1.5 content update. This game has been great about adding in a couple of updates yearly that further extend gameplay and fun. This time around they have added in split-screen co-op, more farms, tons of new items for the player to interact with, and questing. Raft is a game that is still in early access they have been adding a lot to the end game story. It is quite a fun survival game where you build out your raft with supplies you gather, fight off sharks, explore the island, and uncover secretes the water world has. All while trying to keep your hunger and thirst bar topped off. In Satisfactory you can build a giant life-size factory of pure madness while having conveyor belts going everywhere on a planet. While there is some wildlife for the most part they don’t get in your way outside of a couple of hostile ones. You will find yourself exploring the planet from the ocean to caves in the search of the next needed resource as you build towards a final massive project. CryoFall is a fun 2d sci-fi survival game where you can build a base, gather resources, and team up with other players. It has a fair amount of crafting from cooking your food to building mechanized suits you can use in PvE or PvP. You will be spending a lot of time gathering resources using a pickaxe or drones. While Medieval Dynasty is still in early access and you should expect quite a few updates over time it is well worth getting now. You get to play a character who is building his dynasty start from nothing. You get to build a village, higher NPCs to work in the crop fields and workstations. Along with exploring the lands, hunting, and growing your dynasty tree. Sea of Thieves has been out for a couple of years now with quite a few patches and bug fixes making it quite an amazing pirate game. You can go out plundering islands and other players in ships for treasure. Between avoiding massive sea creatures and those that want to sink your ship for glory. This game has quite a lot to offer for anyone looking to say yarrr and several pirate songs to play while sailing the sea as well with crewmates. While Bannerlord had a bit of a rocky start in early access quite a bit of work has been done on the game. For any massive fans of Mount & Blade, you must be living under a rock if you don’t have this one already. Between sieging castles, fighting troops on the battlefield, and raising your standing in this medieval world. This game has quite a lot to offer for those who just want to slaughter with a melee weapon. Kingdom Come Deliverance is one of the better medieval games I have played within the last couple of years. The amount of debauchery and getting distracted with side activities in this single-player game makes it. This is also one of those games you do need to learn the combat system or you will get crushed by bandits, knights, and whoever else you come across that is not so happy about what crimes you are up to committing. Mindustry is a tower defense that has a couple of elements to it that makes it quite fun. You need to set up chains of production to manufacture higher-tier weapons and defense systems for the ever-increasing waves of attacks. Meanwhile, you need to protect your base as you expand out find needed resources to feed your ever-growing needs of ammo production and power. If you are looking for an ARPG that is not going to consume your life to enjoy it I would have to go with Chronicon. With 60 hours played I was able to level up a couple of different classes including one to level 100. Along with gearing him up quite nicely. You still get the thrills of lots of looing, massive clearing of monsters, and having some thrilling skill to us.

(* Prices based on US Steam store. They might be different from what you see.)

Screenshots were taken and content was written by @Enjar about the Steam Winter Sales Event. Screenshots are from the Steam store or from the individual game they are listed under from when I played the game.

Follow my Steam curator page for a list of all games I have reviews on for their platform.