It was time once again to prepare to leave planet Calypso. There are some missions, items I want to gain, and other things on Cyrene. Who knows what else I will discover while over there. Before I can do that I need to do a few things.

While I might have been on planet Cyrene once before that was a long time ago. It would have been a short trip. More than like I was just dropping off some in one of the massive ships I use to fly that my society member-owned as a paid job. There were a lot of planets I have only spent a few hours on. It was also long enough ago I don’t recall.

On Cyrene, I am hoping there is still a chain mission I can do for a better healing device than the one I use for out of combat situations. There is one I want on Calypso but it was added after I started to play and the instance for it has a player skill cap which I more than have surpassed as it is meant for “newbies.”

Hopefully, I never grabbed the starting mission for the healing device on Cyrene as I don’t have any of the lower level ones you get as you progress along in the mission chain. While it won’t replace the big healing tools I use it has quite an amazing efficacy to it.

There is also an amazing armor and plating set you get on Cyrene. From my understanding, they are non-tradeable but can be used off-planet (yes, some rewards on some planets can’t be used elsewhere.) It is also upgradeable and the whole thinking from my very little knowledge of it is quite the grind for A.R.C Faction Badges and costs a bit as well to make.

There are also a bunch of creatures I want to get a few levels of the codex on. I’ve been told Cyrene is quite a strange planet in how creatures change over time. I really won’t know what I’m getting into till I’m there to check things out myself on that end.

There are also quite a few missions if I have not done them to get some free “newbie” items. Along with some skill gains or even stat gains. It’s hard to know for sure without going there myself and seeing what I can find, have already done, or can even do.

Some of these things are going to be short-term goals I believe I can accomplish on my trip there. Such as making a few mining trips to discover ore and enmatter locations. Other things more than likely will require multiple visits and something I work on over the long run.

This trip is more of a scouting and fact-finding mission of shorts. I have some loose information about some things. Other things I’m walking in the dark and will have to find out on my own. This makes this entire trip quite exciting.

Before I can go on such a trip I need to solve my liquidity issues to be able to afford the trip. I have been doing a lot of mining, hunting, and gathering on Calypso. I have a lot of stuff I need to sell or vender if there is not a market for it. Most of my PED is tied up in loot and I needed to solve that. For a couple of days, I cut down on some of my activities in-game and started to list items for sale. I’d hate to sell a large stack of something only to get another 50 PED of it and be stuck sitting on it for weeks when I could have had that money freed up for this trip. Thankfully I had a few dozen sales. Many items I had were in high demand and sold within a few hours. Still, I have a couple of items left that I’m hoping to make a sale on before I take off on my trip. I am however set now so even if they don’t sell it’s not a big deal since there is not much left for sale.

While Cyrene is a planet and I am hoping it has some kind of player economy stronger than Crystal Palace and Monria that I’ve visited recently. I still need to bring some supplies as they would be cheaper to buy on Calypso which has the biggest player economy in-game.

One thing I don’t know is where the player shops and malls are on Cyrene. For all I know, it could be filled with active crafters or people who only show up a few times a year to restock. This is another thing I’m going there to check out. One cool thing you can do in-game is switched the tab in the auction house to see what is listed on other planets. You can even pay a fee on certain items to have them “delivered” to the planet you are on it just takes some time.

In looking up the guns and another thing I’ll be needing for the trip. I only found a single ArMatrix LR-20 for sale and it is listed at a much higher price than I’m used to paying. Nothing else I needed was listed.

While I won’t be as gun heavy as I was for my Crystal Palace trip I do need to bring a few of my own. So I went around calypso to different shops I know that have guns and other items I needed and price checked them. I then went back and bought the cheapest items saving myself a little from what I could have bought it for on auction. I have even recently found a new shopping mall called Medusa Bazaar that I had no idea even existed on Calypso. Unlike a lot of other shops, I’ve been to that might only have one of each gun and you hope it has been restocked. One of the shops in this place was loaded with five of each gun.

The prices were also decent. While I did not do all my shopping here as I had some better deals elsewhere. If those shops had been out I would have been more than happy to pay the prices here. I have a feeling I’ll be back at this shop to spend lots more money in the future. I also started to pack the items I plan to take with me. While I’ll be taking 2 Armatrix LR-35s (L) with me I’m hoping I’ll have a bigger need for smaller guns. I’m also packing ArMatrix LR-20s (L) and some limited use guns I have picked up for rewards from missions.

Hopefully, I won’t need more than that. The last thing I want to do is have to fly back to Calypso just to buy a couple of guns to keep going. At least after this trip, I’ll have a better understanding of what I can bring or get on Cyrene.

I’m also not sure how long I’m going to be there. I suspect in about a week or less of making this trip there might be a big summer event that occurs on Calypso every year. I will more than likely want to head back for it but I have no idea of the exact date. If such an event happens I could end up posting about it before this trip. I also needed to do a pre-flight check on my Quad-Wing Interceptor (L) that I’ll be using to travel through space in. I’m hoping 5 PED worth of oil will be more than enough to fly each way. Along with another 5 PED spent flying around exploring the planet. Just in case I’ll have over 20 PED worth and can always mine my own once there.

I also checked to make sure my Space Thruster (L) has enough uses left on it for making a round trip. While chances are someone somewhere will be selling Space Thrusters (L) you can expect to pay a premium getting ahold of one if you are in the middle of nowhere.

Along with this check I went through all my tabs and ship inventories ensuring I do not have any loot-able items. Space is loot-able PvP and things like guns and armor are safe. Other things like oils, ores, and wool are can be looted.

I will more or less be packing up the majority of items I own and taking them with me. I’ll be bringing along all my armor, mining tools, healing tools, and so forth. I’d hate to get there and wish I had taken something with me. The carrying weight is not an issue for me and I more than have enough space for everything. 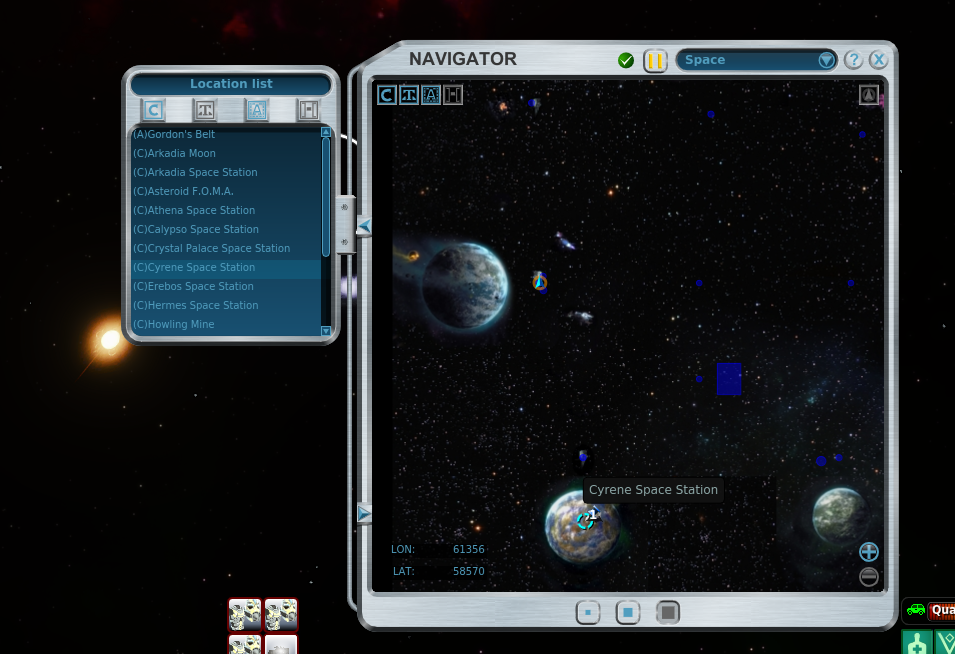 I thought I would have gotten attacked by a pirate or two on my journey to Cyrene. That is just how it goes. Many players live the pirate life and I make it a mission in life that every time they shoot me down they wasted money and time. That however did not happen.

It seems space has changed a lot since I have last been this far out. Outside of some patches of loot-able PvP areas a huge part of my trip was only in PvP but not loot-able space. I just hope it was not some kind of bug giving me false information on my mini radar. I almost wonder if there is a safe path back to Calypso where I would not risk getting blown up and looted by pirates. Thankfully i don't have to risk it as I found a [secure transpiration service](Entropia Universe | Transporting Loot In Space) to haul my loot back from Cyrene when I need to sell. 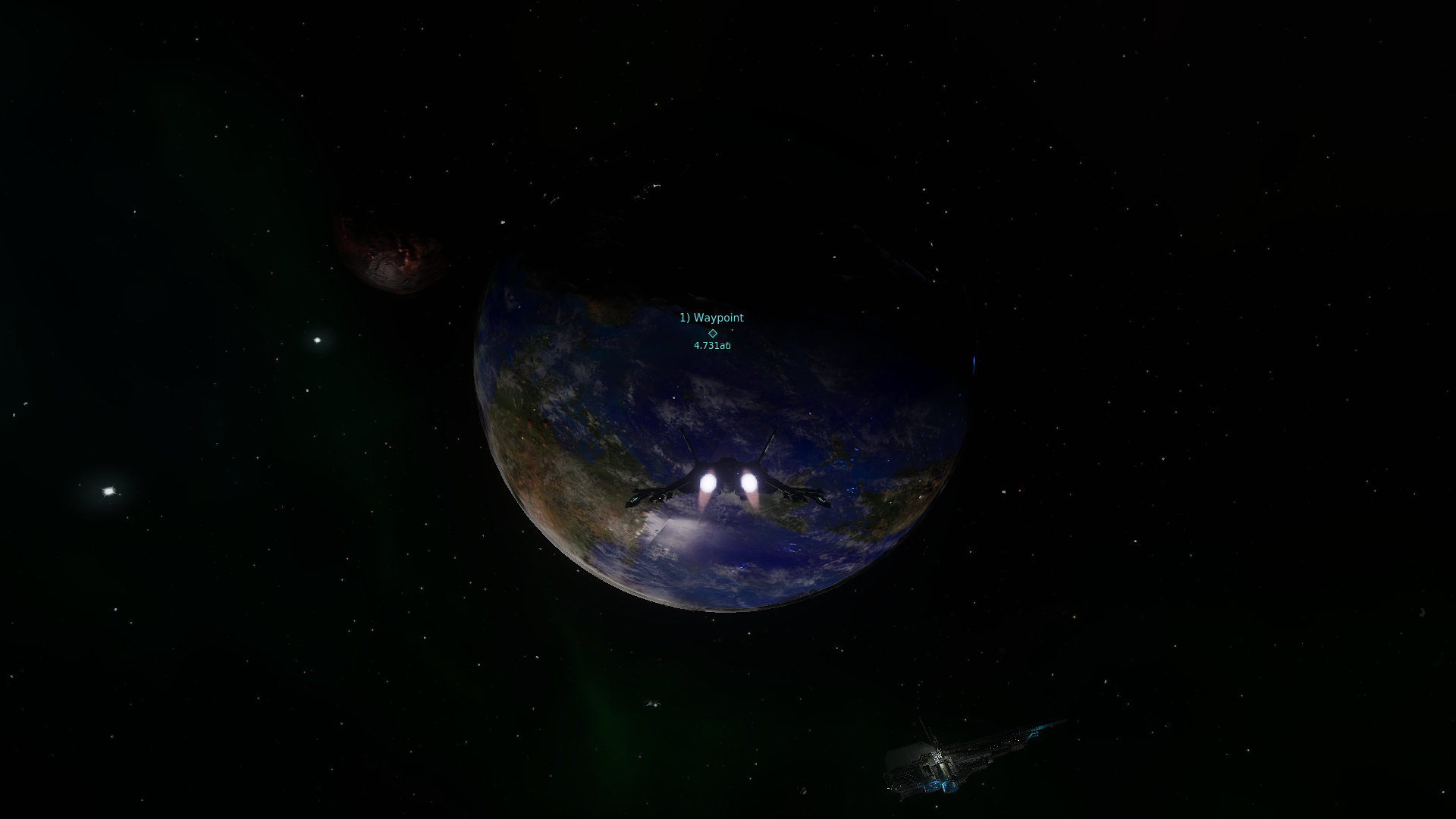 I was not expecting most of the way there to be in a non-loot-able space. I have always hated loot-able space and found it limiting the players in a way that only benefits the pirates for the most part. I will have to do more research and testing at some point to fully understand what happened.