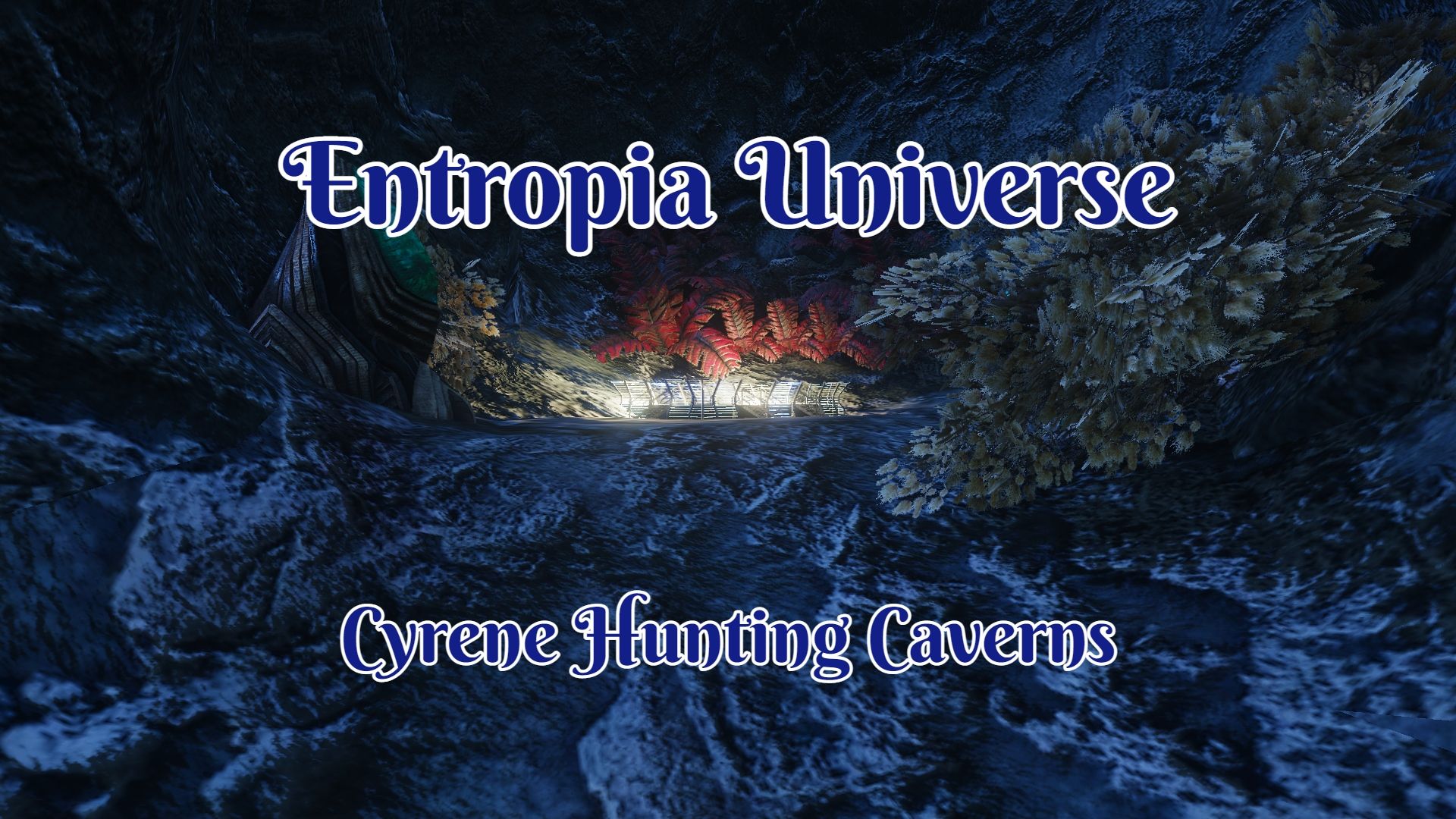 Planet Cyrene adds an interesting twist to be able to hunt a limited amount of creatures in what they call hunting caverns. These caverns have the same layout and are instances. Making it easier for players to find something to hunt if the natural spawns on the planet have way too many players in them. After exploring around for a while I end up finding two different locations for these hunting caverns. One area is on the second floor of the A.R.C Headquarters which has three caverns. The other spot has just one and can be found near the Rookie Training Area by the wall near where you can exit from.

Each of these hunting caverns makes some changes to how hunting normally is. They reduced the aggression of all creatures inside. This means you can walk through the area and unless you are standing right on top of something they should not be attacking you. The other is the area auto loots for you. So you don’t have to worry about clicking to loot.

These hunting caverns also have a decent respawn rate. So for most players, they don’t have to worry about running out of things to hunt. If you do you can just exit and come back for a fresh instance.

Unlike many other instances that you can go hunting in that have a limited timer before you are booted out. There is no timer listed on these. So you can sit in there for quite some time if you like. Till you run out of supplies or need to repair. All these caverns have the same staging room once you enter them. There is a platform that has some NPCs on it. One of them tells you the basics of hunting caverns. The others allow you to make repairs or buy stuff off the terminal. There is no storage unit. There are a set of stairs that take you to walk up to the entrance point to the next part of the cavern with creatures in it. You have to drop down through the shoot and that has water below to break your fall. There you have to get out of the body of water and over the rocks to the next section where you can hunt things. 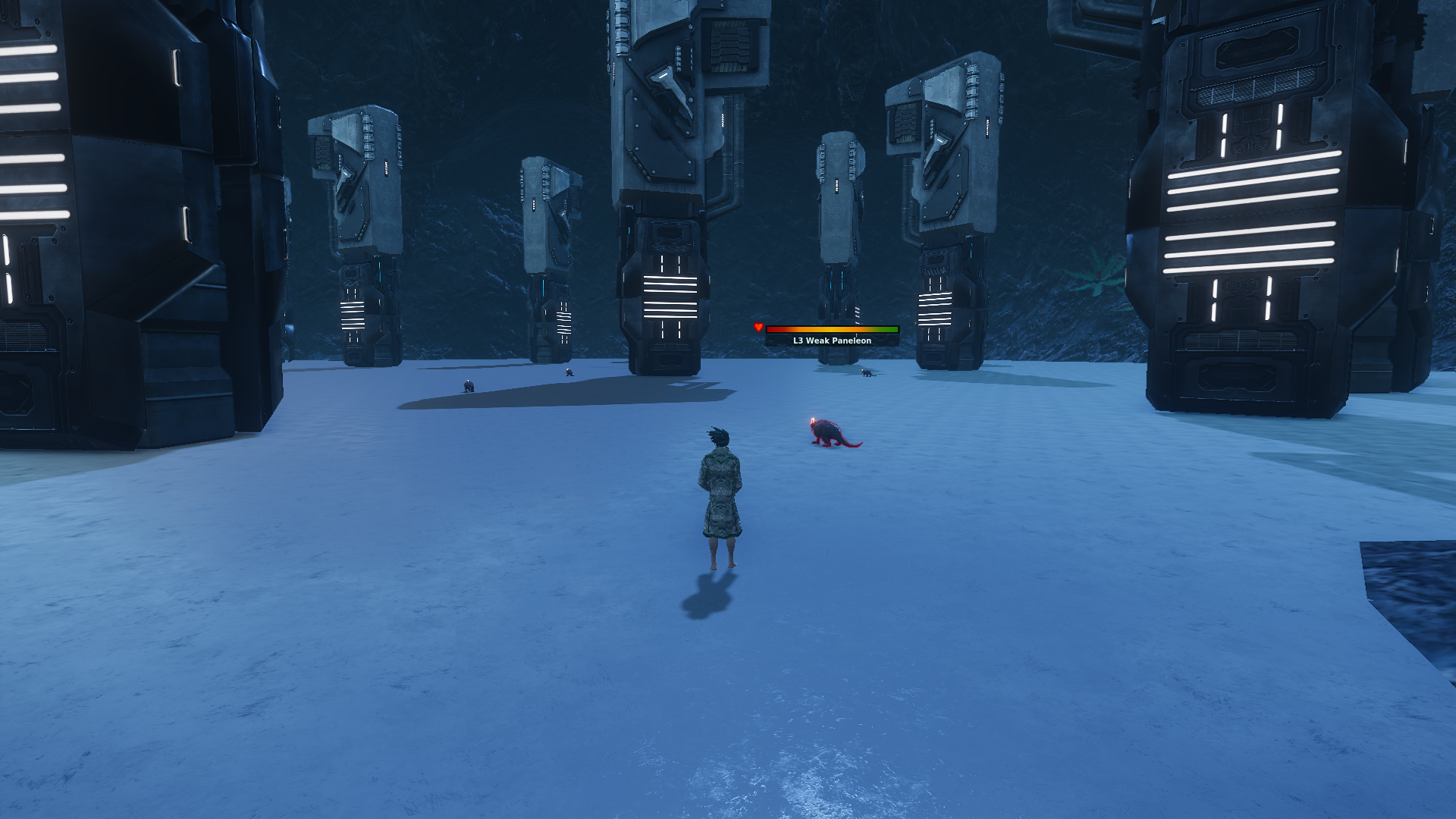 The lowest level hunting cavern has a bunch of weak levels 3 Paneleon in there. I find it a perfect place for sweating for my daily needs. Since you have it all to yourself and they don’t have aggression till you attack them first with your sweating device. You don’t have to worry about adds or other players killing what you are sweating.

The next hunting cavern up from there is still Paneleon. They however do not have the lower weak ones. Instead, you can find the rest from young and up in there. Making a great place if say you need to hunt only old Paneleon or whatever maturity you want to target.

The three biggest hunting caverns also have a special maturity level of the creature inside. There will only be one of those and they grant on first kill achievement for doing so. 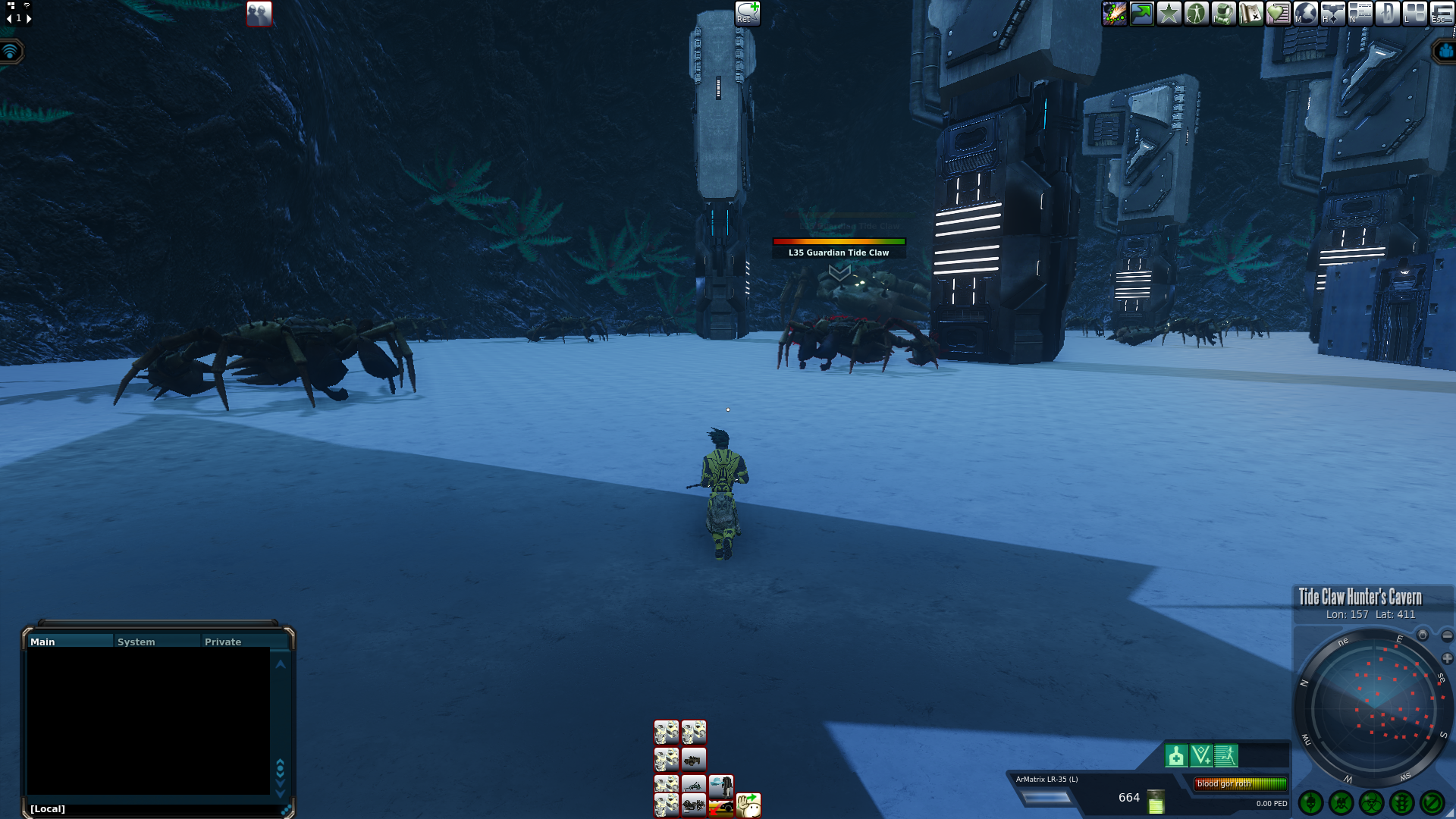 The next hunting cavern is filled with Tide Claws. Since it is the mid-level hunting one you won’t be finding the lower Tide Claws inside. Instead, you will be finding level 25 Provider and up in there. Not a bad place if that is something you can hunt. 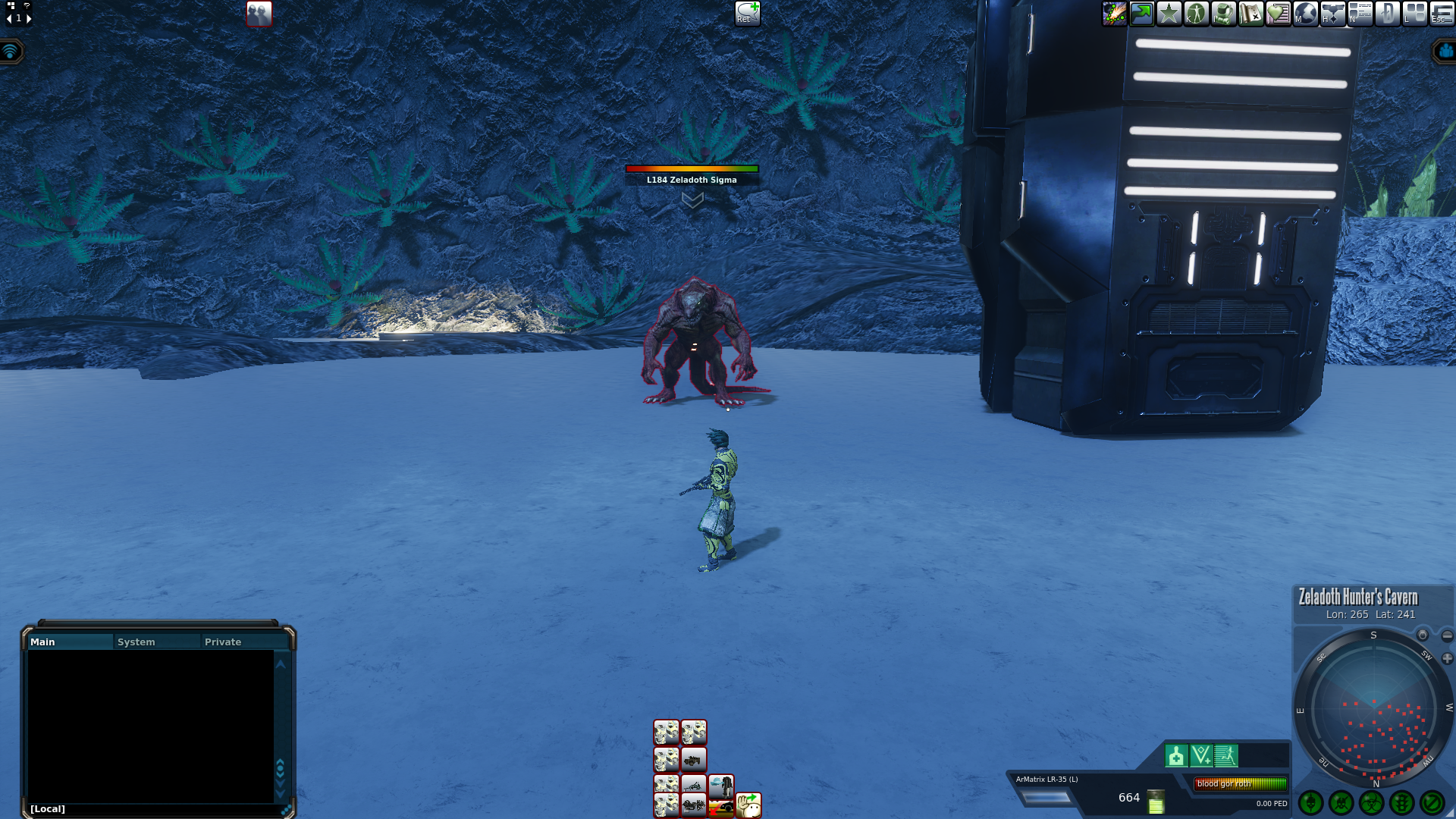 The final and high-level hunting cavern has level 100 Zeladoth inside. While walking through it I even found one that decided to attack me. I died quite quickly as these things are not something to mess around with.

If you do get killed inside there is a revival platform. However, there is no repair, storage, or other facilities at that location. If you need to do any of that you need to exit the cavern. Sadly, there is no way that I could at least find that allows you to just go back up to the area with those NPCs at it. 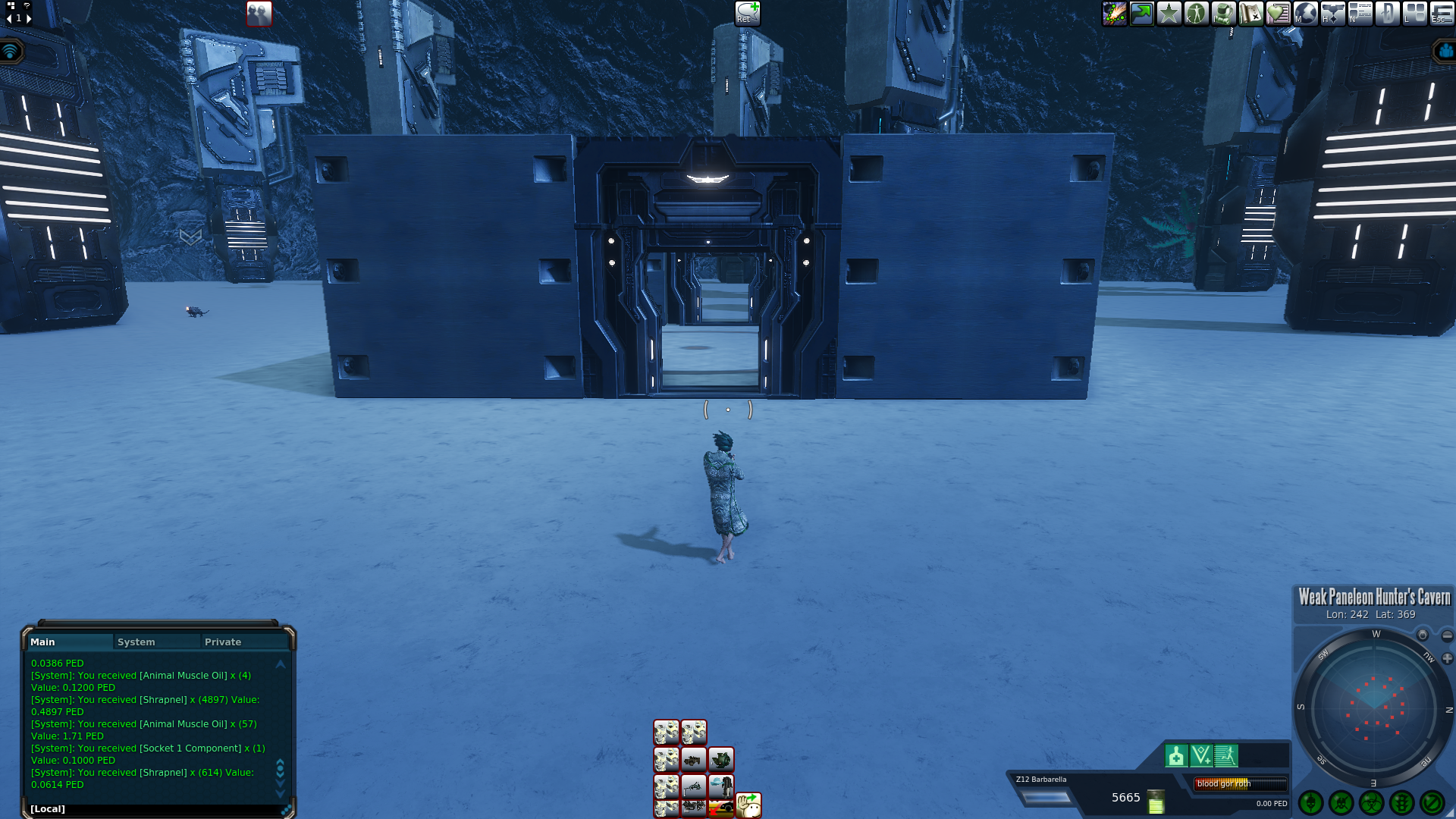 When you need to exit this place just head towards the center of the map. There is a room there with four doorways into it. Walking into the very center of the circle will teleport you out of the instance. From there you can head back inside to make repairs or elsewhere if you need to access storage. 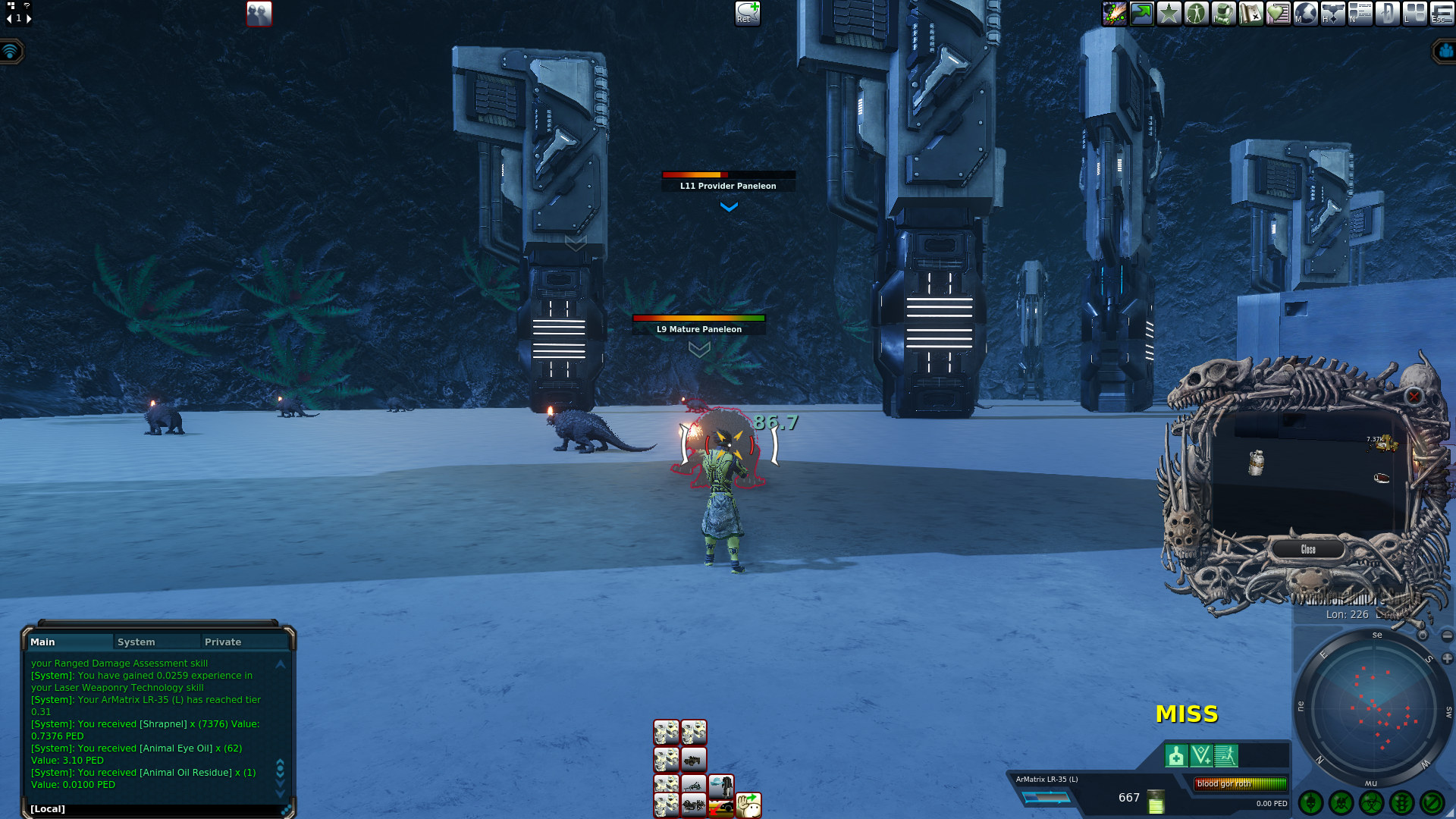 While I’ve tried hunting in these special hunting caverns a couple of times. After a while, I get a little bored with the surrounding area and the lack of risk of aggression adding in some random fun. I have no idea if loot is different than their normal counterparts on the outside.

I might consider trying these outsides of sweating if I need to hunt Paneleon and those spots are heavily taken. Everything else just has too high of a maturity level for me to want to mess around with most of the time. You also only have three different varieties to choose from that I’m aware of.

As far as who would want to use this long-term? I like the idea of not having to worry about getting adds if I ever needed to level up a short-range weapon or melee. That I feel would be rather nice not taking on a bunch of extra armor decay that you would usually get from doing so.