While I’m not going that far off the planet I do plan to be there for a prolonged amount of time. I also need to bring with me a fair amount of supplies so I do not have to fly back to Calypso to pick up any odds and ends.

A lot of what I have been doing has been leading up to me heading to a space station called Crystal Palace. On that space station, they have some domes that contain as far as I know creatures that are nowhere else in the universe of Entropia.

Before I could even begin thinking about going there for a hunting trip I needed to make sure I had good armor and weapons to deal with the creatures I would be facing. For a while now I’ve been hunting for Gremlin armor drops such as the creatures I was hunting in The Trifecta. 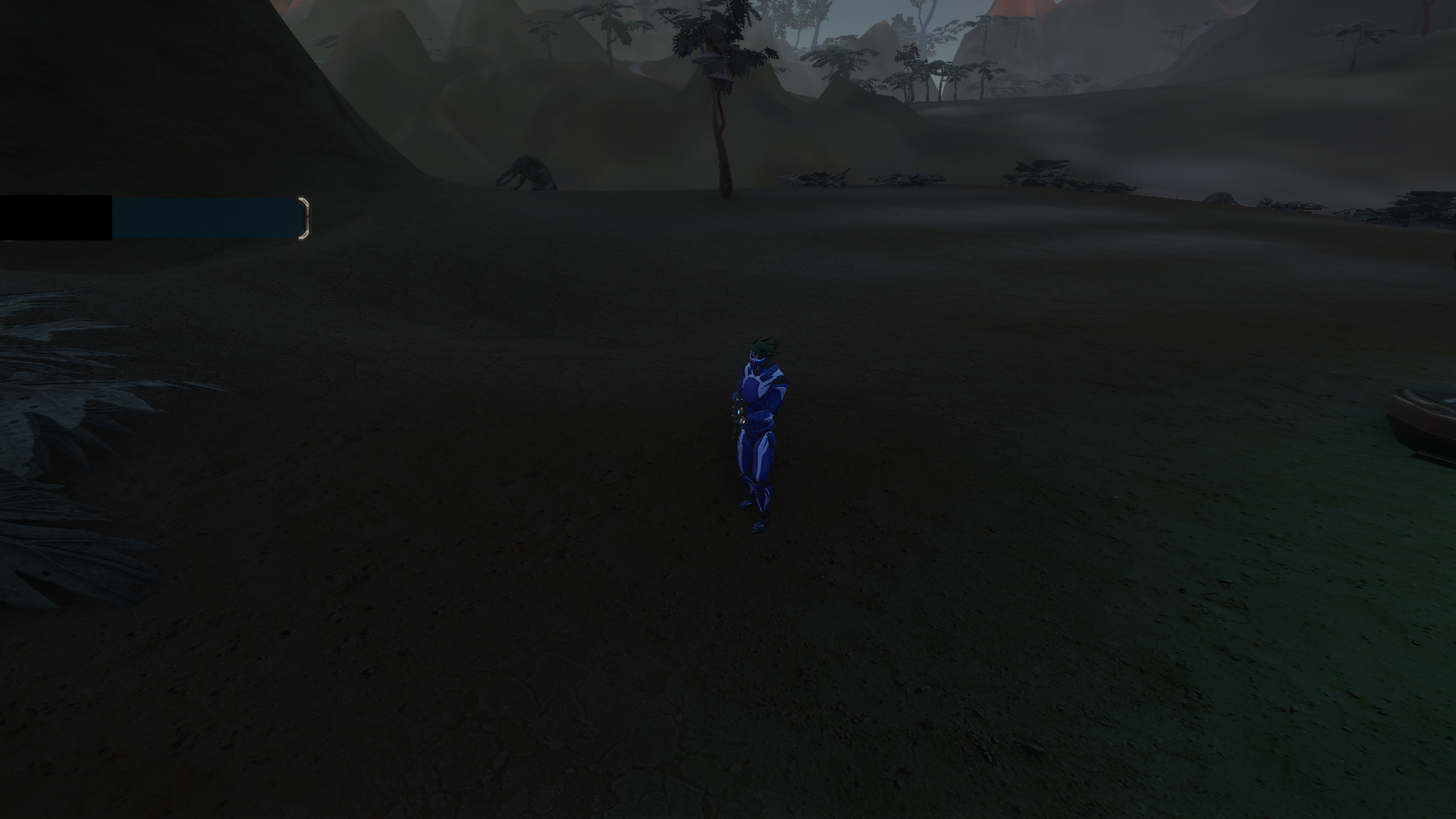 The goal of attempting to loot the gear myself was a failure. I have been over the past few weeks buying Gremlin armor pieces when they come onto the market at a decent rate. The piece that eluded me the longest was getting gloves at a fair price.

I was also doing just a lot of general hunting as well. I needed up to two more professional levels to move up to using a bigger rifle. Which required just a lot of hunting, in general, to slowly raise that skill. This is in part why I went off to hunt some bigger creatures on Calypso such as the Hogglo, Rextelum, and Leviathan.

In an early post Space Traveling Guide I took the opportunity to land on the Crystal Palace space station and see how the player market was there.

While it has a tiny shopping section with a few shops up. A lot of the stuff up there was at a high markup relative to what I could be getting it for on Calypso. It makes sense those shops get less traffic and unless you want to head back to Calypso you will play a little extra for what you need.

I on other hand rather save a couple of PED and bring up a decent amount of guns, gun amplifiers, healing devices, and other supplies. The items I want while they are on the market on Calypso if you are trying to buy up a lot at once you are left paying quite some high prices. One of the things I did while Checking Out Shopping Malls On Calypso was writing down shop locations that were selling ArMatrix weapons. I have since gone back to those shops I’ve scouted beforehand to see what their current prices are. Along with if they had the exact version of the rifles I needed among other supplies for my trip.

Most of these shops tend to just keep one or two of each version of a weapon in stock at a time. Some of them charge a higher markup but restock at a higher frequency. While others are cheaper than auction house but can take a week or longer to restock.

This is why I’ve been slowly buying up small amounts of the supplies I’ll need on my trip. I have been buying under auction house prices saving myself a couple of PED here or there. I’m also not buying up a large supply right before I go where I’d be paying higher than average prices. Another thing I needed to do since I’m leaving Calypso for a while and will be hunting just one or two different types of creatures for the most part is liquidating a large portion of my loot. Such trips are going to be expensive and I wanted to give myself a fair chance of staying up on the space station for a while.

Since it can sometimes take a while to move loot I want to make sure I’m getting up on auction what I can now. This also leaves me enough time to be a bit more greedy and pricy my loot with what I think will sell within the week the auction will be up; instead of, trying to get a quick sale by undercutting the market. Things have been slowly selling off over the past week. Which gave me some of the capital I needed to invest in buying up the number of rifles and other supplies I’ll be needing. While still getting decent prices on what I was selling.

There are some things I’ve been holding onto that are more or less TT (trade terminal) fodder. You only get a tiny amount of it. The item has less than a 101% markup. For the stuff that could take months or years to get enough to list I TT it. I rather have that PED freed up and not stuck in loot.

Some things have higher markup that I’m willing to hold onto. I won’t be selling out all of my loot. However, if I can like most of the mining EnMatters I’ve gotten sale I will among all the loot I have gotten on so many hunting trips.

As far as the reason for wanting to go to Crystal Palace for hunting it’s something I’ve been wanting to do for ages. There use to be two different mission chains give a decent amount of rewards for skills. Some decent items can drop as well. It seems however they were recently replaced with the standard Codex system and those missions I had are gone.

While I am a little disappointed I ended up missing out on the missions themselves. Having the Codex to work on progression will at least mean I’m not up there having to grind 5k kills after a couple of missions into the chain. Which will be great for the short term and at least I was not in the middle of working on the old missions that are now gone.

Many years ago I’ve day tripped to Crystal Palace and done a short hunting run. Nothing however on the scale I’d like to do. When I did go I only hunted a creature called Kreltin and not on the Aurli which is something I want to hunt.

It has been so many years I somewhat forget. I think something up there required working on the Kerltin mission chain for a key and that appears to not have been replaced or perhaps it’s just recelty been removed. I could be mistaken it’s been ages. If it was it looks like it might have been changed or is an item that drops. I can’t quite recall.

The lowest maturity of Aurli has around 1500 health and they deal a wide range of different types of damage such as stab, cut, impact, and acid. This is in part why I wanted to have Gremlin with Mk. 5B plates.

I’m hoping I can take Aurli without much trouble and this trip is not short-lived. I do know these things have an insane aggression range. While it was tempting to buy a bigger tagging gun than my current rifle that kind of cost is pricy.

The older gun I use to have for tagging has a shorter range than my current rifle I’ll be taking with me. If I want to go beyond that I’ll need to go with plasma-based rifles. That is not a type of gun I’ve trained on and I’ll be missing most of my shots using something like a Marber Bravo Plasma Annihilator.

While I could go out and buy scopes and laser sights to attach and increase my ability with a Marber Bravo for hitting things. That ends up being a bigger investment than I’m looking to make. I’m hoping if I’m careful I won’t need it.

I also don’t know as of yet if my current gun has more than enough range to tag an Aurli without getting aggression at first by being too close. This is just something I’ll have to learn the hard way while I’m up there.

If Aurli ends up being too hard or costly to hunt for me I can always switch over to the Kreltin and just grind out their mission chain instead. Ideally, I would end up doing both and if things go well for me I more than likely will over the long run.

One of the benefits of doing a large hunt up there is bringing down all my loot at a cheaper cost. While some people might try and risk flying loot back to Calypso from Crystal Palace in lootable PvP space. There is zero chance every single pirate is not aware if you have been hunting up there that you might be trying something that stupid and will hunt you down. They see you they will shoot hoping for a big payday.

Instead, I’ll be paying a teleportation fee from the space station back down to the planet calypso. If I was only going up there for a short while that fee could be more than the markup I would expect to be making on the drops I get. I’d rather just have it be a small cost overall to what I will be selling.

I’ll also be packing quite a lot of things I don’t need on the space station itself. Just in case I need a break from the grind and I decide to go fly off to another station or planet for a short while. That way I won’t have to go back down to Calypso to collect the things that I would usually bring along. I can just use the space station as my new base. 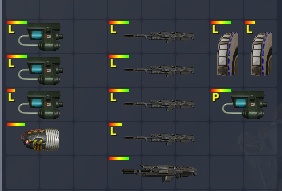 I’m super excited to head up there and start quite the epic hunt. I still have some loose ends on Calypso I’m working on finishing up first. Who knows where things will lead from here. There are quite a few planets in Entropia Universe and I have only touched the surface of what this game has to offer.

There is also a lot of stuff I still have not done in the game itself. There are even some planets I maybe only spent an hour or two on in the past. While I was a captain flying people around in a spaceship back in the day it allowed me to visit other planets on the cheap. For most of those places, I never stayed long since I had a schedule for the ship to keep. While others I’ve never been to since they were added after I stopped playing.