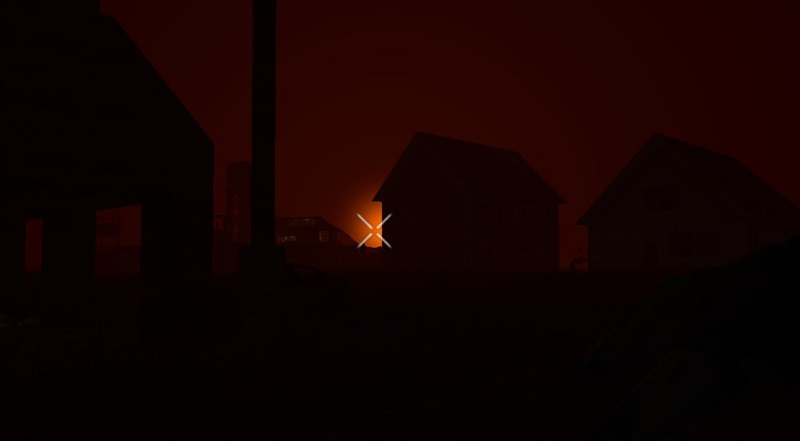 The government always claimed you only needed extra food and water for a week at best and they would come to save you. I doubt any of them remain at their posts trying to help the people. They like everyone else would just be defending for themselves and family. Perhaps a few make it into their underground bunkers and safe government buildings before the plague dubbed PC-21B (Population Control 2021 Beta ) was dropped out of airplanes across every continent. Least that is what I heard before communication networks broken down entirely. Origen still unknown not like it matters much these days anyway.

The last of the water supply has been rationed out and consumed. The pipes in random homes have nothing left to give as they contain no more pressure and fall silent when praying for another drop to come out like molasses. Even the toilets have since dried up with a yellowish brown residence remaining at the bottom of the toilet bowl. It is still far too dangerous to get water from the local lake as Wijerd No Nose and his troop of howling lunatics calling themselves the Special Dozen guard it with Ak-47’s and a sniper.

My natural disaster kit had run out of food a week ago. All the remaining stores in the area have been looted, vandalized and many have burned down. From what little scraps of food you can find remaining in their rubble. Not even a dog would consider eating it. It has spoiled away from the elements in their damaged containers due to fallen debris, looters, and wildlife.

The sun is starting to set again and I better get moving away from these near lifeless buildings back into the woods. I’m certain that thing off in the distance did not notice me as I move silently away. I had to kill once before and I hope to never have to do that again. Even if I doubt there any humanity remaining in the things that roam around.

I’ve found it best to just hide in a little dugout I’ve made myself. I spent days digging a hole in the middle of the woods big enough to hold myself and what supplies I had at the time covering it with branches and leaves to keep someone from finding it. It gets rather cold down in that hole at night but not as cold as the husks of remaining flesh that wonder the nights searching for supplies as they scream in horror and pain at what society has become. 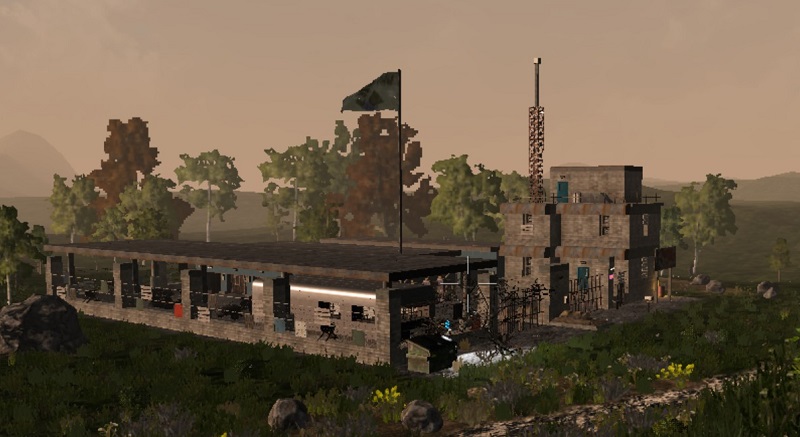 I, Howell fear today will be my last day alive. Up until this point, I could not have believed my luck. I had escaped run-ins with other groups and crazed individuals. I cannot believe my own stupidity will be what kills me.

It all started this morning when I went on a supply run. I had noticed a local weather outpost that was fortified days after the event had happened with barbed wire and new locks on the gates to had been busted open.

Whatever group that had set up there no longer remained. In fact, I’m certain they were killed by how much blood was spilled on the ground and the walls being riddled with bullets. They must have thought being in numbers made them safe. My fear is the Special Dozen got to them and their supplies.

Since there was no longer any activity and what blood I did find has since dried out around the perimeter. I took it onto myself to venture inside. Perhaps I’ll find a remaining survivor in hopes of teaming up with someone if my own logical in such thinking has not degraded with grand illusions of not being alone anymore.

Not to mention when the adrenaline is rushing and people are in a hurry to murder and loot a place they often overlook supplies. If I don’t find anything useful soon I’ll be forced to move to another town and the unknowns that come with it. As I slowly starve to death.

Not wanting to go through the open front gate as that could still be watched from a distance. I slowly worked on clipping some of the barbed wire away while taking cover near a tree at the back of the property. The wire cutters I had were not quite made for this kind of gauge of wire and I cut myself a few times on the barbs. Eventually, I cut the four wires and made my way onto the property itself.

I could now tell with a better view this place was in desolate repair. Whoever did the raid had destroyed it quite well. I’m rather shocked they did not try to set fire to the buildings to ensure nothing remained. Bunch of broken beer bottles, furniture, and boards littered the yard.

Seeing a busted out window I chipped away at the few remaining shards of glass and entered in that way. I spent a few hours with a flashlight in hand searching all the cabinets, drawers, and anywhere else I thought something worthwhile would be taken. Most of the place was tossed and I only found a moldy sandwich in an upside-down waste bin.

At end of a hallway, I noticed a reinforced door where sheet metal and bolts where welded to it. I pushed on the door and to my shock, it swung open crashing into the wall. It was not even closed all the way. While it made quite a loud sound I doubt anyone heard it.

I noticed some cases of food that looked like they had been taken out of a storage area from a store. Cases from what I could tell of: beans, corn, boxes of rice, and even bottled water. These people were loaded and somehow this room was overlooked.

So I stepped into the barely illuminated room as my flashlight was starting to fade in hopes of filling my backpack with supplies. That is when I tripped over some kind of wire on the ground. The door swung shut and I heard a clicking sound. NOOOOOOO the door is now locked. 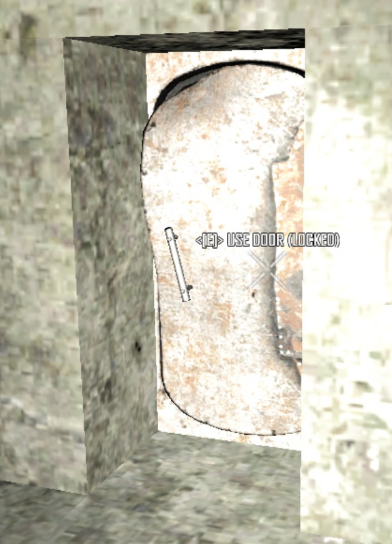 For days now I’ve been crawling, screaming, kicking, and punching the stuffing out of this room. Only turning on the flashlight from time to time trying to save what little of the batteries remain. At least this room was not airtight as I would have been dead by now.

From floor to ceiling it was reinforced with concrete and metal. While I have trapped inside I at least had months of food and water at best. I had searched everything twice over thinking how could I use what I had. At best I could use the cans my disposable. Perhaps I could make a tool and try to tunnel my way out or pry open the door to freedom. 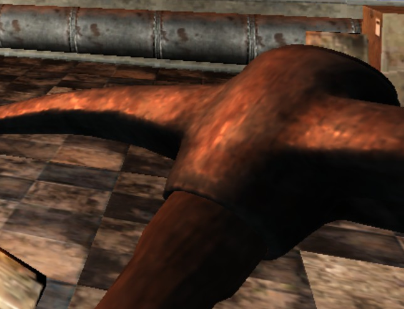 I’m not quite sure when Edward my new imaginary friend showed up. He was there like a shadow to hear my struggles in this world. Sometimes he spoke back and otherwise it was like he vanished altogether. I both hated and feared when he went missing as if he was gone forever.

Once in a while, he would make these loud banging sounds that I could not stand and when I ask him to stop he kept telling me “I’m here to help. Sure, yes, Edward, why, Edward, stop. Edward is not real yet he won’t leave me in peace to rot away in this trap.

This guy was a talker and boy did he tell me about his life story and then some. He used to be a banker that worked in the fraud prevention unit. He had dreams of buying a yacht one day and sailing the global with a best friend he had yet to meet. That was until he started to hear everyone in the building scream in horror as their skin boiled and their faces twisted. He had hidden in the bank vault hoping that would somehow protect him. I think some of us just had a natural immunity to PC-21B. That does not matter he is not real and such a thing can’t be killed in that way.

After many hours into Edward explain another part of the trip that he was going to go on around the world. The door started to shake. I must have been losing my darn mind I thought to myself. At this point, the smell from there not being a real bathroom in this room must be getting to me.

Yet, again the door moved some more. I must just be getting tired and need a rest. I could not tell if it was day or night anymore. It was just darkness all around me. Much like my soul these days.

Finally with one last hard thud on the door is busted open.

It was nighttime when I was finally released. That is when I found out Edward was the last remaining survivor of this weather outpost. Special Dozen had raided and murdered all his friends that he made along the way. While things went down he followed the plan the group had come up with. To hide in the rafters in between one of the floors and hope whoever was raiding would get trapped in that room I was in.

While they did have a key for that door he was not quite sure where it was. They knew it would be enough to lure any would-be a thief in. They had left a couple of small holes at the top to place a gun thought to take out anyone who wanted to cause them harm.

I’m really hoping he is real at this point. That my mind is not playing tricks on me as I spent day after day hammering away at that door with some food can’s I crushed together.

Screenshots were taken and content written by @enjar. Screenshots are from a game called 7 Days To Die.