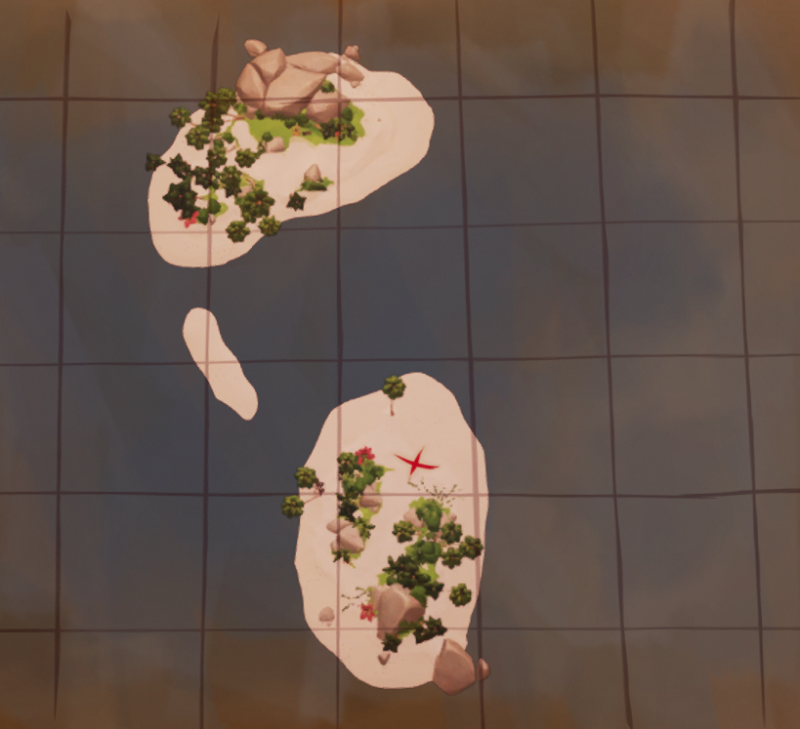 The developers have just put out how they plan to move forward with adding in free content starting in May all the way into Winter.

It looks like we are getting what they are calling 6 major updates and in-between each of these they will be having weekly events. 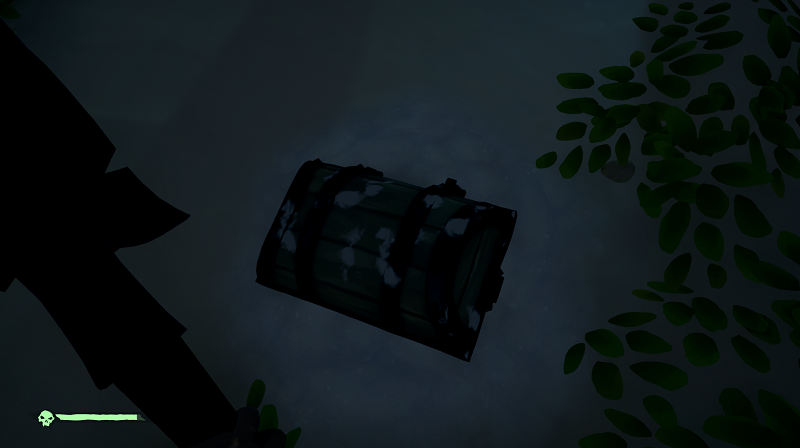 From either reading the short blog or watching the 14-minute video we can gather and put together some possible things to be expected in the upcoming updates.

May is The Hungering Deep (1.) While we did not know the name of this patch in the past we know around this time we would be getting an update. They talk about adding in a new threaten where players have to work with other crews. After this update and before the next one we will be having some kind of weekly events that are designed to help players progress towards being a pirate Legend (2.)

Next update is expected to be sometime in the summer is Cursed Sails (1.) With there being another summer update after this we can expect this to be more towards early summer. This will bring yet another new threat in the game (2.)

The developers think there is enough “Variety” in the game and we just need more stuff to do with what we already have. They mentioned using the cannon to get to locations you would not otherwise as well as coming up with other means to do the same (2.)

Another Summer update is Forsaken Shores (1.) In this update, a new area will be available on the map. They will be tying the new threat with the overall theme of this new area (2.)

After those three updates, we will bill be getting another 3 unnamed ones. The only hint of time frame is fall and or winter. Details are very lacking on what these will even be (1, 2.)

Outside of these, we are expecting to get a new ship, some kind of way for multiple crews to work together, and more rewards in the form of cosmetics and possible other items. Along with them filling in areas that players can explore right now but have no reason to go to them (examples: coral reefs and underwater caves) (2.) As well as vague hints at some other ways/paths of becoming a pirate legend (2.) 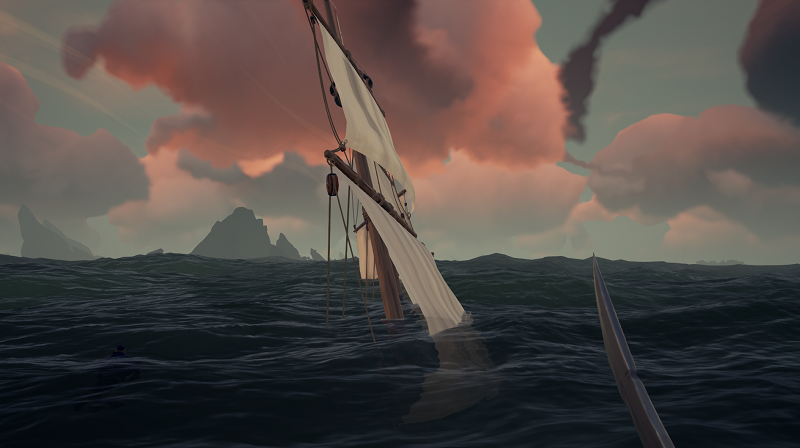 Game development is not a game of poker where you bluff having content. Sooner or later you have to show your hands. If you do not set proper expectations beforehand you should not be shocked if the player base is holding a bunch of pitchforks. Even more so if you set yourself up for failure. When you let players expectations run rampage like a dream there is little hope of delivering what they wanted.

Repetition And Lack Of Variety

While in game development it’s easy to think in terms of ABABABAB. Well gentleman you are not writing a poem and that would be a lazy poem at that. While you might think it’s great to have a “major” patch and then have that followed by a weekly event that leads to the next major patch. The core of your game is already called quest loops. Do you really want this to be dubbed by the community as event loops or update loops? Because so far your player base thinks you lack Variety.

It’s concerning the developers think the game has enough variety in it like a cannon (where we can already shoot ourselves out of it)(2.) That they think we just need further reasons for shooting ourselves out of a cannon. Ummm WHY???

That be like me saying I have a wide range of variety in the clothing I wear. Then tell someone who accuses me of wearing the same shirt every day that I have 10 of the same color black t-shirt.

I hope for everyone shake these weekly events will be so different each time that there is no question in anyone’s mind or not if it has variety . If every time it’s more or less the same thing that you are just creating a catch-up mechanic for people who are not already Pirate Legend and I don’t think that’s going hold you past Winter let alone Summer. I’ve seen quite a number of games have “weekly” events before and they just repeated every few weeks the same thing.

It seems each of the next updates is going have some kind of focus around an AI threat that the players may or may not have to work together to defeat (2.)

This game has two kinds of Easter eggs in it. In game ones were their things like drawing on rocks, skeletons holding things and a book people got for buying whatever the deluxe version of the game was. I personally do not have that book so I had to do some asking around along with what I’ve seen in-game.

The developers also don’t want to tell us because I guess part of the fun is us finding out for ourselves. Nothing like a great mystery am I right gamers? That’s not a sign of “we have no idea yet” at all. Nothing like a strong sign in confidence from developers that amazing things are coming.

The biggest issue here is if they think crews are going work together they have to add in a way for crews to join up and stay joined till the loot is turned in and players leave the game (unless everyone just gest gold and reputation after the win).Since this is expected to be a normal part of the game than we can rule out a special server type for this to happen on as that would not be normal play.

This will go the way quite many fort attacks go if not done right. Someone starts clearing it out other people show up and not wanting to get ganked everyone acts like they will just split of the rewards at the end. Then when one turns in the key the other crew goes and sinks their ships and kills them when they are bringing back treasure to their boat. Nothing like wondering when one crew is going try and screw over the other crew for 100% of the rewards instead of sharing. We are pirates after all how did anyone expect things not go down like that?

When I think major updates in video games I’m thinking about increasing land by 25% or greater. Adding in new classes which in our case would get a new ship. Adding in dozens of weapons, things to do. All of these things would be rolled into a single “major” update.” Otherwise it’s just an update, a minor update, its everything expect a major update. Not something you have to keep reminding players “but it was free.” Well if your game was delayed by 6 months it would be included anyways for “free.”

When I see people have to pause and then carefully word something like “a new cosmetic” that leaves me a tad concerned. Because I’m not sure their definition of “major update” and mine are even close to the mark. It almost sounds like they are just talking about a minor patch, a regular update. I guess we will have to wait and see how they choose to define “major update.”

I’m really hoping within the next 3 patches they will be addressing the lack of content for this aspect of the game. Even more so if each content update adds more to this. As for now, we are treating this like endgame till something further comes along that makes it not.

They seem to want to include ways for people to get what is required to be one faster than everyone is already getting there. Perhaps even have more than one route which would be great since at this time it’s just a faction grind to 50 with three diffraction factions each. Least they wear 3 different colors of shirts right?

The biggest issue here is hardcore players are already pirate legends by now or will be in the next week. Your higher than average players are a month or so away. As far as the casual players if they can’t make it to one by your winter updates I’m not sure they ever will. This leaves us with a rather short time span of time before everyone is end game.

Since this endgame was found out to be rather lacking with what everyone was expecting it t be. We are already seeing players having no more need to keep playing. So I hope this gets address sooner than later before everyone is gone and no one cares anymore about becoming a Pirate Legend. Even more so a pvp game not having many players left.

Screenshots taken and content written by @enjar from the game Sea Of Thieves developed by Rare.

None of the screenshots shown are from the future updates. As we are rather lacking on things like that at this point. I was also far too lazy to go find the giant rock that had red crab drawing on it in game since I could not even tell you what island that thing is on.