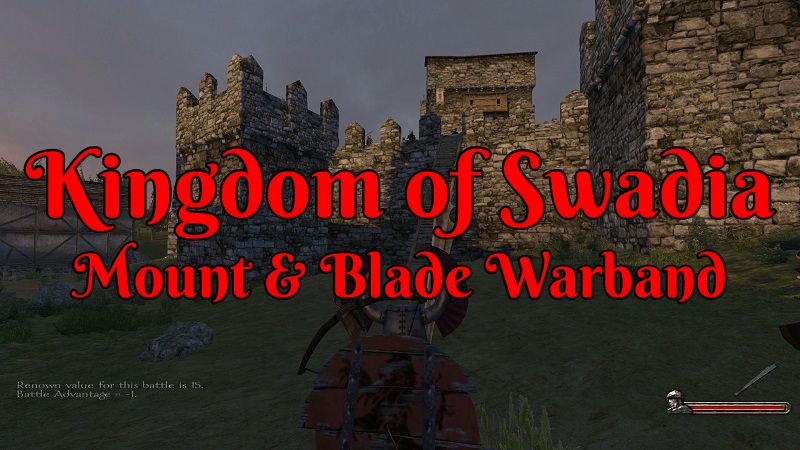 For quite a while now I have been a loyal servant to my kingdom. Taking orders from the king, going off on quests to defend the kingdom, going on the offensive and attacking waring kingdoms. I was hoping for far much more glory by now with the number of battles I have won. The number of villages I’ve saved from being attacked, and the amount enemies I have captured.

There are 6 factions in total:

Swadia has been in war with just about every neighbor they have. The Rhodoks who live among mountains insults our king so war was declared. The Sultanate where caught one-night stealing cattle from a village so that could not have gone uncheck –another war! Finally, the Nords launched an ambush from behind a mountain capturing one of the kingdoms royal blood. Some of these wars flared up and died as quick as they started. Others where long-fought battles. None of them brought everlasting peace afterward for every long as soon the short term truce was over with war just happened. 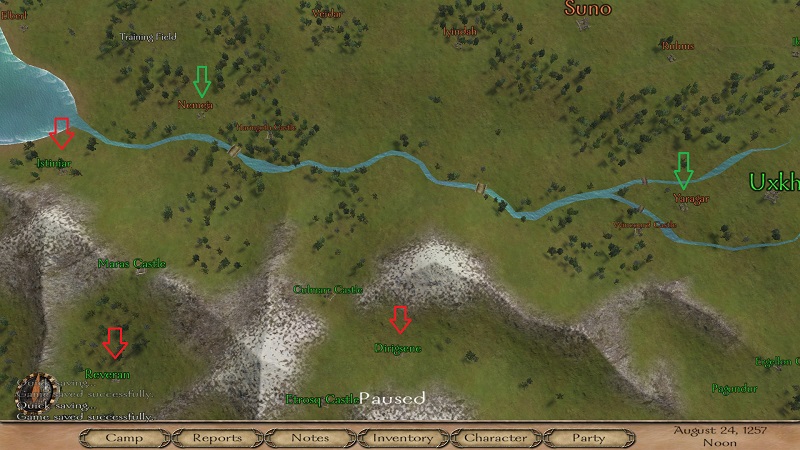 Since I first took up the oath of being a Vassal for the kingdom of Swadia we have been at war with this kingdom three times. Each time lands where lost, blood was heated, and another war was just around the corner.
At the time I had a very small army and even fewer loyal and skilled men by my side. As such, I was just tasked with protecting villages, bridges, and sneaking off in the night to counter-attack their villages for plunder.

There was a large river separating the two kingdoms. It was quite clear whose land belongs to who at least until we lost the city off to the east and we withdrew our line to another river beyond that. Other wars spark over trying to gain those lost lands back. They all failed in the end as those mountain men are a different kind of breed.

Throughout all of them, I just performed simple tasks. I was a nonfactor in all of them outside of some economical damage I caused. I did not even capture a single royal during all of it either. Often times playing hide and seek in the woods to avoid getting captured me. Getting intel about large troop movements and staying away. 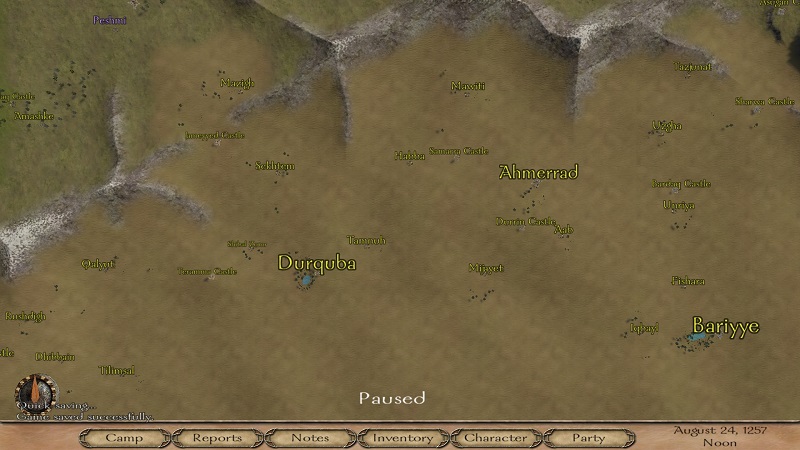 They live in very sandy and fast unforgiving humid lands. Not much can grows or is raised there. They have learned to survive based on trade for what they need. When food prices become sky high they are often in the thieving, cheating and highway robbery mood then to pay a fair price. As such they often times are at war with a few kingdoms.

Going into their lands to seek revenge, and to acquire wealth can be a bit of a tricky one. Many of their villages are protected with distance and are behind mountains. There are only a couple of major water sources for the entire region as well.

The two wars with them were rather short. It was always better to turn a blind eye to their actions and profit off that kingdoms needs then to draw blood at the very sight of wrongdoing. I acquired a fair amount of wealth from pillaging villages and caravans for raw silk, dyes, and other higher-end goods. This helps me build my own empire of business within different kingdoms to better support my troops. 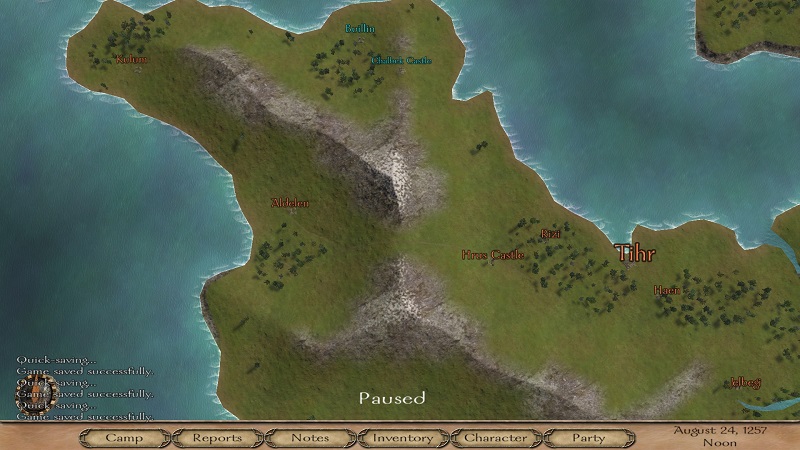 The Nords have always been rather weak and they try and hide that fact. The map, in fact, is just a section of what has been going on. They have lost most of their lands and holding due to this. This is where I finally was allowed to join in on the sieges, performer other duties, and even acquired my very own castle.

Only a couple of months into a military complain they lost Tihr and all surrounding villages and castles as we drove further north to the shoreline pushing them further back. I even ran out of space at one point to hold all the people I had captured. They sadly were never known for being a rich kingdom. As such they hardly ever paid or made an offer for bargaining to get those people back. Perhaps they were better off without them leading on the battlefields. 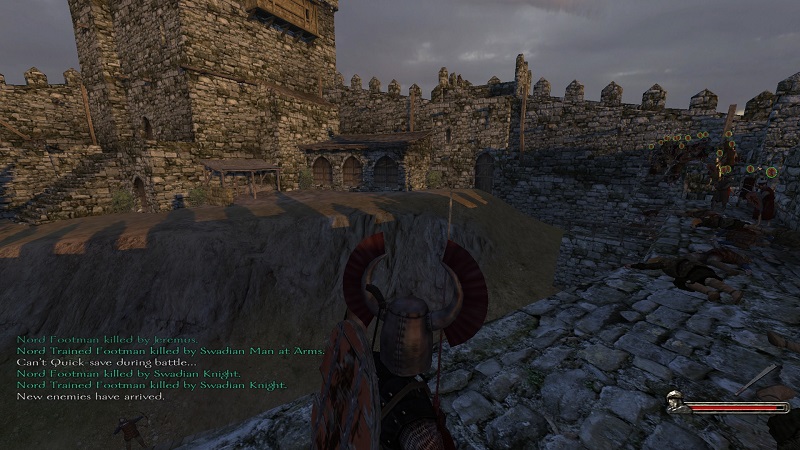 At one point during the war, I noticed a castle had very few men protecting it. So I siege and took it in the name of our kingdom. I was even granted it as my first castle. I thought I had finally earned my rightful place among the kingdom. I even tried my luck over quite a few months with the ladies but never had any successes.

In the despite all the castle sieges I joined, all the armies I forced out of our lands. I was still the one tasked with stealing and herding cattle to feed the army when sieges went on and food stocks where low. It did not matter how much I had done. The king never felt I was fit to hold more than a leaky rundown old castle on the borderline between other kingdoms we were at war with.

Perhaps I’m going to change that soon enough. I have a right to rule after all even if it was not a birthright.