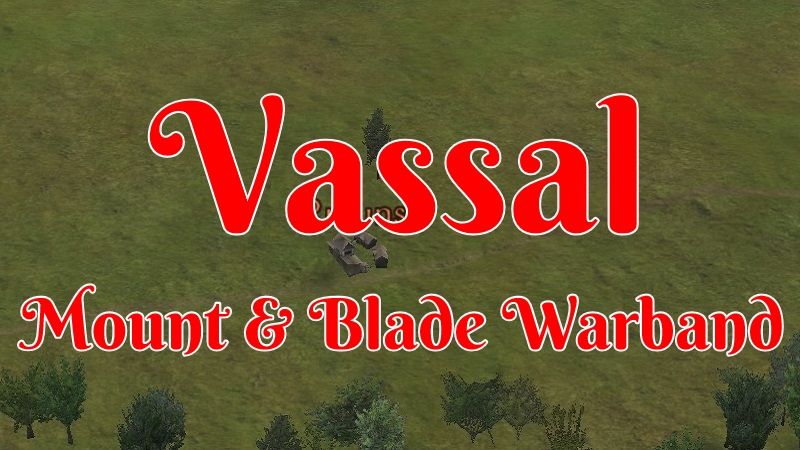 Since I have early goals to work with a king and build myself up a bit I thought it is best to get some early quests out of the way and become a vessel to the kingdom I started with. It really does not take too much effort to get done with everything. Then I’ll be off heading north looking for some good farming to build up some money and gear in another one.

Great way to get ahead in anything in life is to become useful to someone. It just so happens Merchant of Praven is that someone I can be useful for in the short term. He will help me get where I want and well this guy has some things needing solving. Since my moral fiber is at the end of a bag full of coins and I yield a sword we make great allies.

I need to raise a small army of 5 men at the very least. Find and “question” a bandit for the location to their lair. Then ransack the place for my own personal gain. While I get to play the hero and claim I’m there to save someone’s brother. Those lairs also drop some decent loot when you don’t want to farm the spawns from them since they those rates of what they are such as bandits.

After going to a nearby village and picking up some men I went back to my home city and waited for the group of bandits to come during the night. They have been stealing from the city and working within it to take a cut of profits. As such catching them was rather easy and they spilled the beans and some blood as well about the location of their hideout.
I then gained quite a few more men 27 are now in my party. While a bit of an overkill and a payroll liability that could cause me some issues in the short term. I just like having a few units to start off with before I get some XP. That way I can progress right away and have some higher units. Then just get one or two men here or there and having a weak little army of farmers! 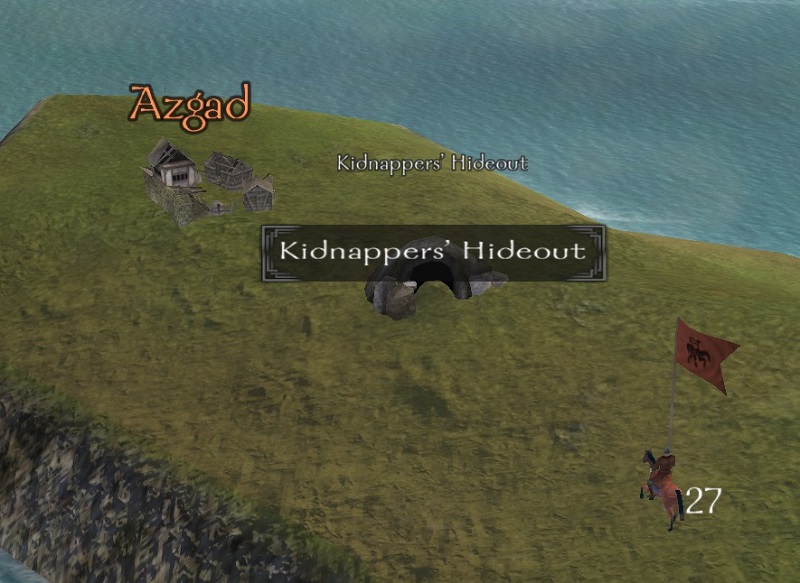 The kidnappers were near a village called Azgad. Naturally, I’m sure they were getting fat off that place with raiding that village for food, money, and some other stuff. It was time for them to answer some question at the end of my sword. 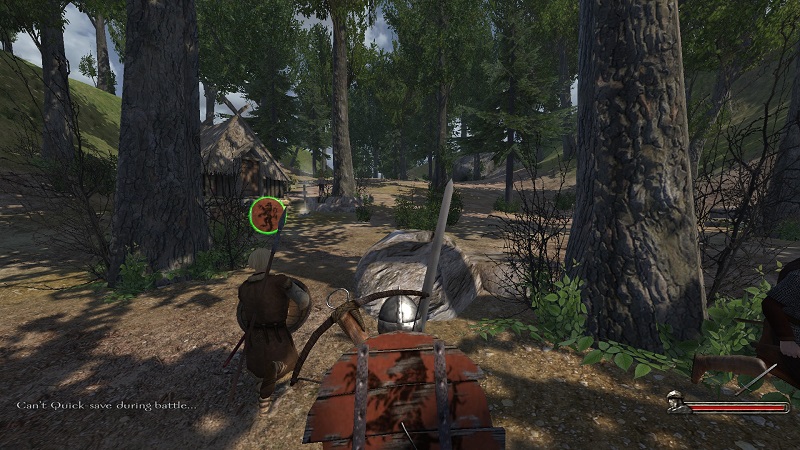 While it would have been nice to sneak into their camp during the night by the time I arrived it was broad daylight. As such they more than had seen me coming in with a look of determination and my sword at the ready.

I made easy work as I explored the village of these vile rats taking from the local people from their own greedy ways. After a lot of killing and some fun to be had, I finally found the person being kidnapped. The lad could not even tell the difference between the pointy bit of a sword and the handle! No wonder he had been kidnaped in the first place. 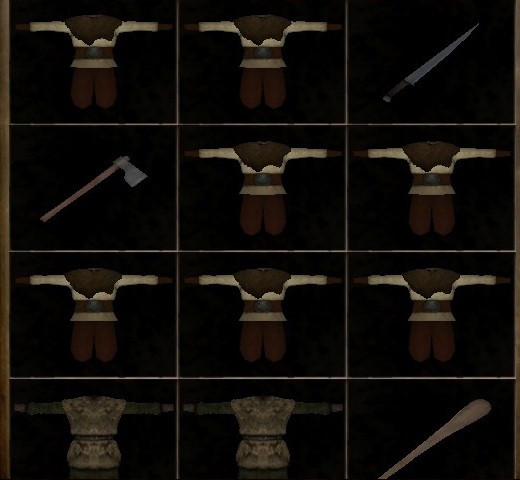 A fair amount of loot was found and I was glad to help myself. I mean dead men no longer have a need for all these things. Besides, I have my own men to feed, pay, and keep drunk! If they know I’m just a poor as a peasant they will be gone by sunrise.

Cleaning up The City

Afterword’s the Merchant of Praven had informed me the captain of the guard was as corrupt as they come. The guy took in some risky business of transportation and messed it up bad. The caravan got looted and he lost all his money. As such he turned to a life of crime to make back what was lost.

The city was filled with bandits walking and stealing during the day in sight of everyone to see. Not only were they taking a cut of profits but just stealing what they wanted as well. The king himself was believed to have a soft heart towards the captain of the guard since they were friends. So it was not worth trying to bring the issue up to him in the first place. 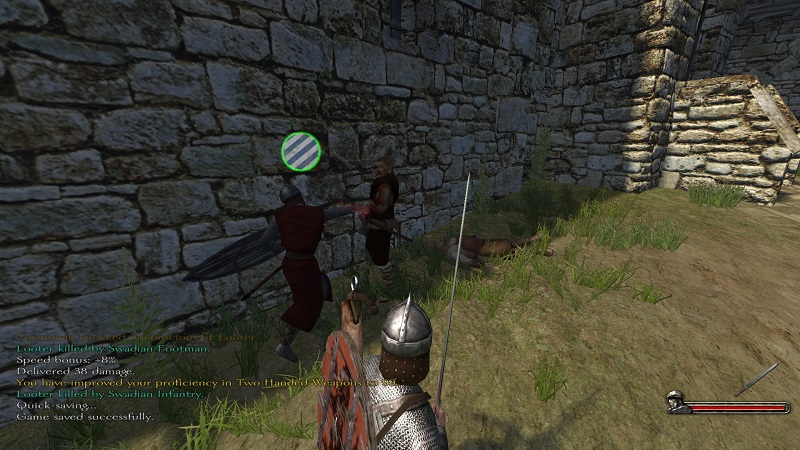 It was time to take a risk and hope not to be hung for treason! I went into the city with some men and took a look around. Untold suffering indeed there was no way I could stand for this. So I gave the signal to draw our weapons and we starting to ride the streets of the evils that operated during the day.

We left no sewer manhole uncovered, no basket of apples unchecked. Every inch of hay bales were stabbed to make sure they were not hiding like the rats they were. The streets with blood that day, some of my own, some rats, and even captain of the guard himself as well.

I just hope the King understands this was necessary to clean up his kingdom and to restore order. 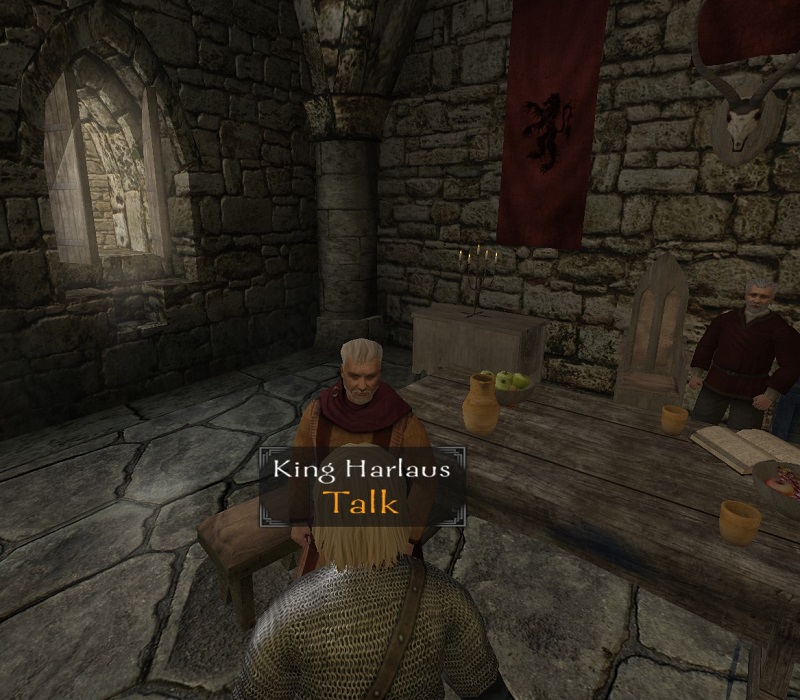 The Merchant of Praven informed me after some time that we were not going be hung at daybreak! While it was going be best for him to skip town and go to a faraway land due to his lack of communication skills no doubt. Perhaps he was also just a bad merchant who cheated people. That I’ll never know as he has dispersed after meeting him. Least he paid me a few hundred. I was to meet King Harlaus himself. 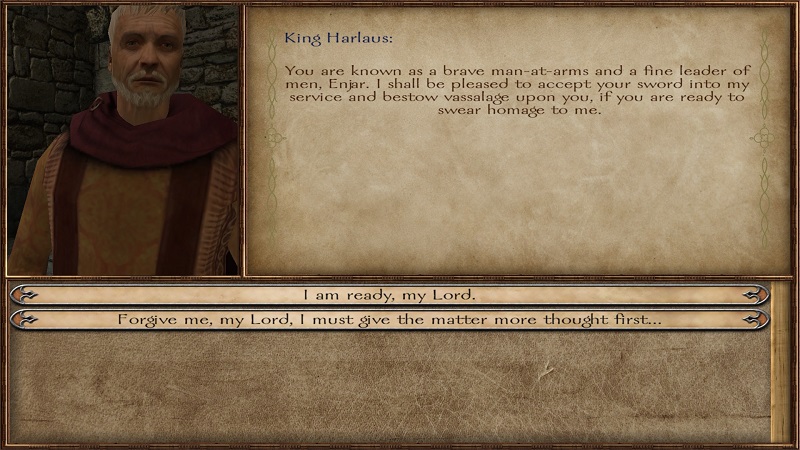 After a long talk about my possible future in his kingdom for everything, I have done for them. Between rescuing a kidnaped person and cleaning up the streets. He agreed to make me Vassal and allow me to keep working for him. Great just what I needed a king demanding things at every waking hour of the day from me. Thankfully I plan to be out doing his bidding in for away lands and thus out of his way most of the time. He thinks I call him My Lord out of respect--ha! We will see who becomes a pawn in this game by the end of it. 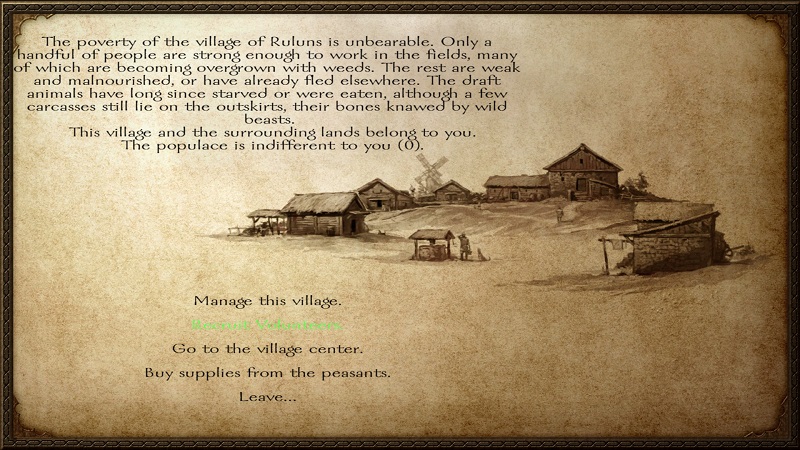 With this new title of mine comes a small amount of land. The village of Ruluns was granted to me. It is a very poor and lacking of any upgrades, defenses, or even enough men to work in the fields. As long as I keep it from being looted and burned down to the ground I’ll earn 200 a week for having it. I can also choose to make upgrades if I wish. They cost a lot and I really don’t see much inspiration from the village to invest that kind of money into them. At least now my own men won’t cut my throat in the middle of the night for not making payroll. I have some coins now jingling in my pockets for food as well.