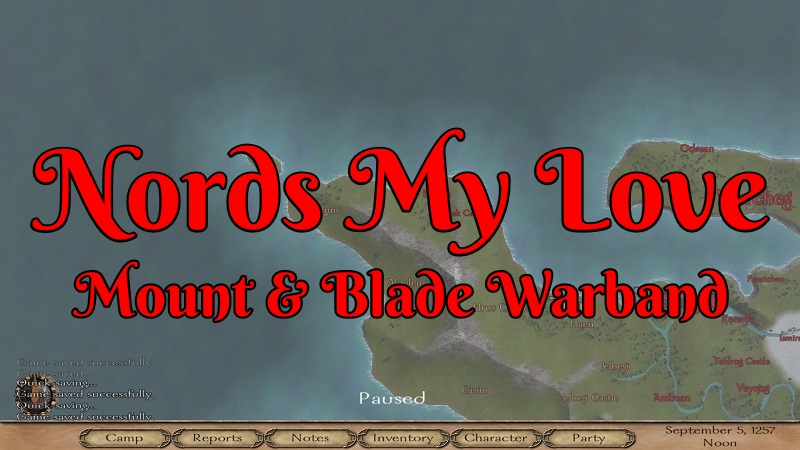 With no end in sight with our war with the Nords kingdom, I press on. Swadia is starting to become quite powerful in size and map control. After some back and forth retaking castles, towns, and capturing more of their royals. King Harlaus is unwilling to grant me more land. My distain for my own kingdom is starting to grow. 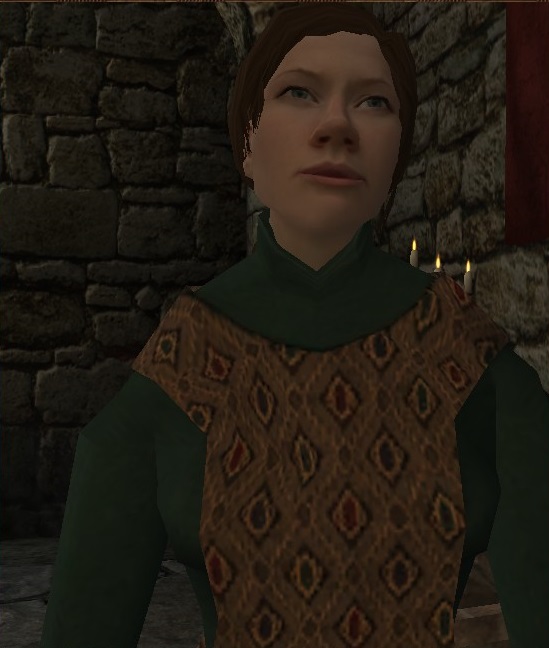 Outside of lust for more power, my heart has fallen for another. I went around to all the kingdoms checking everywhere paying a high price for poems to win over the heart of Lady Gaeta. What a name and a face like that she is going be queen one day. I even won quite a few tournaments in her honor as well.

Many times when I’m off fighting King Harlaus war’s I get a message from her nurse informing me that I’ve been missed. Asking for when I can return so we can have some alone time in the castle. There have been quite a few long nights and me sneaking away from the battlefield to unnotice to win her heart.

Only one small issue I’m not a powerful warlord that can take her far away from these lands. She is quite fearful of wanting to leave her family and I’m not viewed by them as good enough. I hold just a shabby castle that the wind blows thought with everlasting persistent every night.

While I have over 40k denars to my name to afford an army I lack one to impress them at the high courts. I’m still a cattle herder when the food stock gets low on sieges. There is just no way to command respect when that is all they let you do. 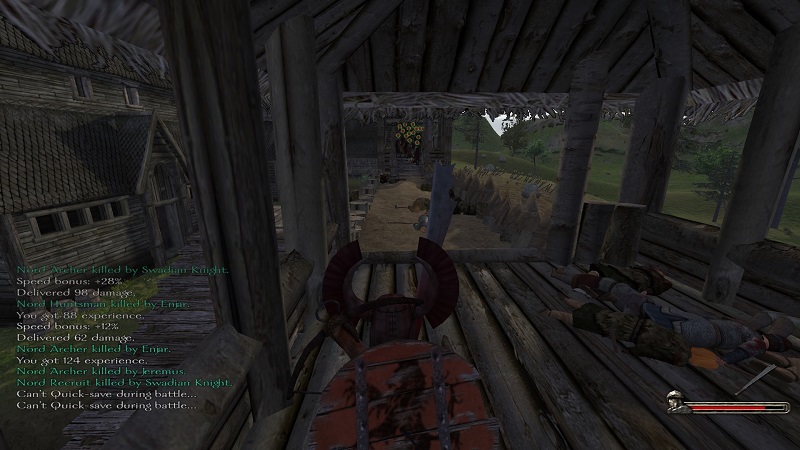 During one late afternoon I noticed the Nords sending what few armies they have remaining at their commend down south to try and recapture a castle and retake a town. Now is my opportunity to become more than just a simpleton that will never have the right to rule. Opportunity in life are created not given and it is time for me to take what is truly mine.

No more dealing in the shadows with people claiming if I help them overthrow the king I’ll be beyond wealthy. No more showing up and kissing the royal highness just to be told there are no tasks I’m worthy of taking up. As if I am unable to command my own armies, lands, and have the greatest banquets the kingdoms have ever seen.

As such I inform King Harlaus that I have no intention of being his Vassal anymore. While this comes at the cost of losing the castle and village I had been given. I have my eyes set on the undefended Wercheg tucked away far in the north. 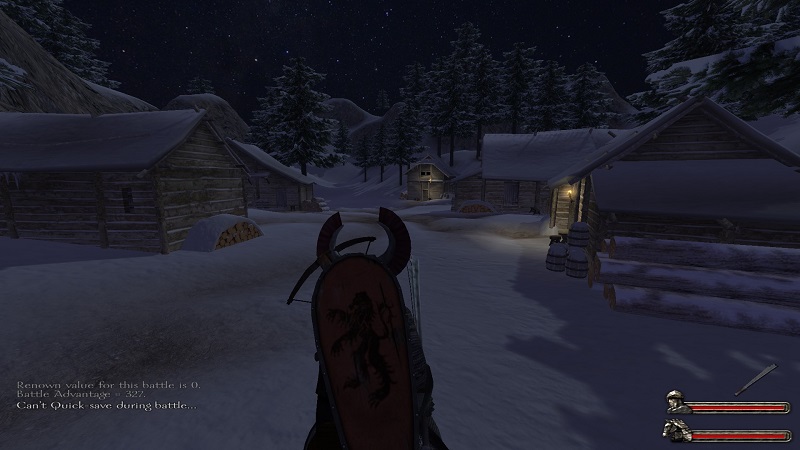 My Swadian Knights and I charge deep into the north. Their scouts where far too busy with Swadia and word had come out that I was no longer one of theirs so I was left alone. I’m just a guy without a kingdom wandering the countryside with 100 men following behind me. Nothing to be fearful at all I just wanted to spend some money and have a good time. 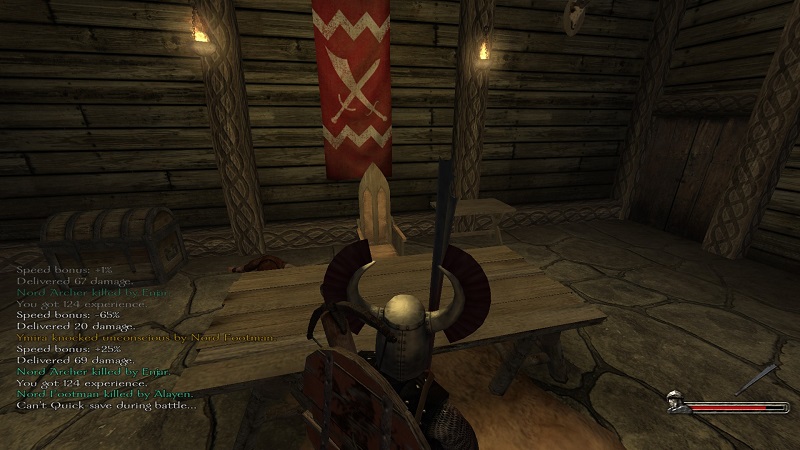 Wercheg had so few remaining men left I found myself inside of the throne room in a matter of hours. From here I shall lay waste and spread the kingdom of Enjar. Naming it after myself what else would I call it. Red is my color from the blood of my enemies.

I also gave Kingdom of Nords a way out with a declaration of peace. They are already at war with quite a number of kingdoms. Why should they have to deal with this mosquito as well? I was hoping they would accept it and try and deal with me later on if anything of them remained. They, however, were not as wise and quite angry about losing one of their last remaining cities.

So I started taking over more castles and villages as I made my way south across the seascape. Again I offer them a peace treaty. Yet again they refuse even with half of their royals captured by my men. The north men fought till the bitter end until there was nothing left.

While Lady Gaeta was quite impressed. Still, she was unwilling to come to my side and join me in Wercheg. There will be much more blood spilled, lands taken, and kingdoms toppled in my pursuit of her heart. 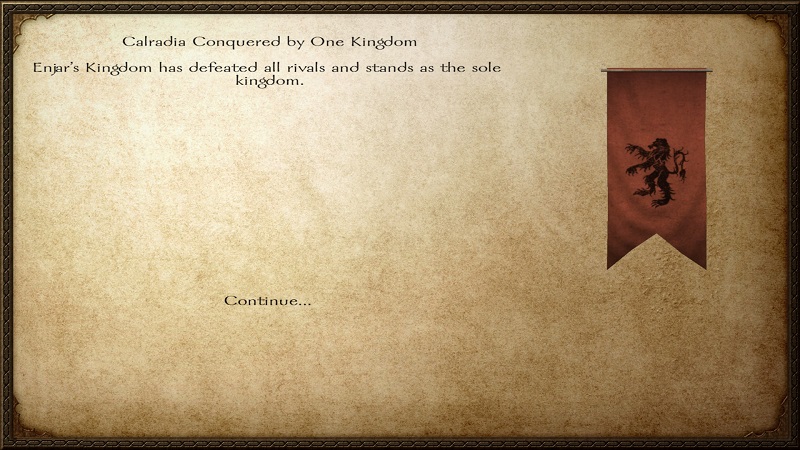 I was certain I had posted the ending to this. It appears I never did and it has going missing. There was a very long delay between when I wrote that and this post. In the event I do not consider the screenshot a bit of a spoiler and the ending link!

Since I went off and defeated the rest of the remaining kingdoms to get my victory. Somehow I still have the screenshots so I might try and recreate that final post at some point. If I do I’ll update this post with the ending.