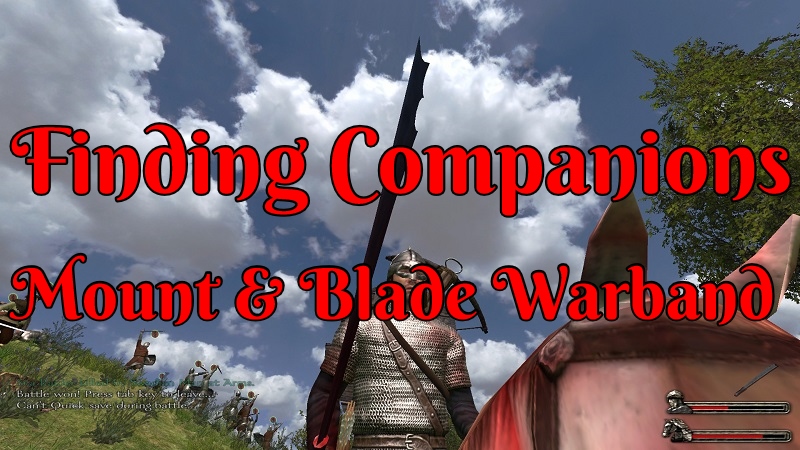 It was about time I started to go around the kingdoms and find some companions I’m lacking to join my cause. While also raising some funds as well in doing in between the long distance traveled between taverns. This is where things require a bit of balance between short term and long term thinking in tactics and where you to want to end up.

Unlike other troops in the game, these guys and gals cannot be killed. They level up like your own character and you can even spend points on attributes, skills, and proficiencies for them. You also have to gear form them up which becomes quite expensive.

One easy way I choose to gear them up is by farming Sea Raider since they drop some better gear you can get early in the game. This allows them to have some chain mail, upgraded weapons, some of their armor slots to be filled. Later on, as I upgrade my own gear I start to pass things down to them or buy them something when I find a decent deal. In the short term, I don’t spend much money on them outside of buying horses when they have some of the riding skills. Otherwise, money goes into my own gear and building up business for now. 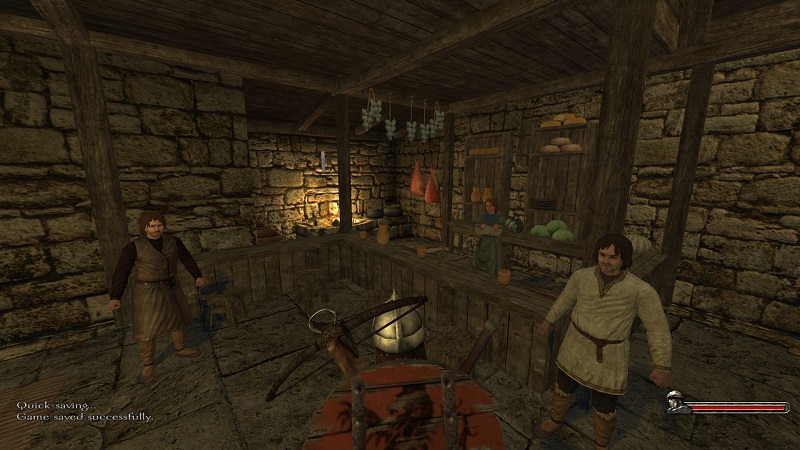 To acquire these guys and gals you randomly search for them in different taverns around the map. They can appear anywhere and unless you have already met one and talk to them that is the only way to go. As such, I spent quite a lot of time going around to different kingdoms and taverns having my fill of beer and searching for recruits. 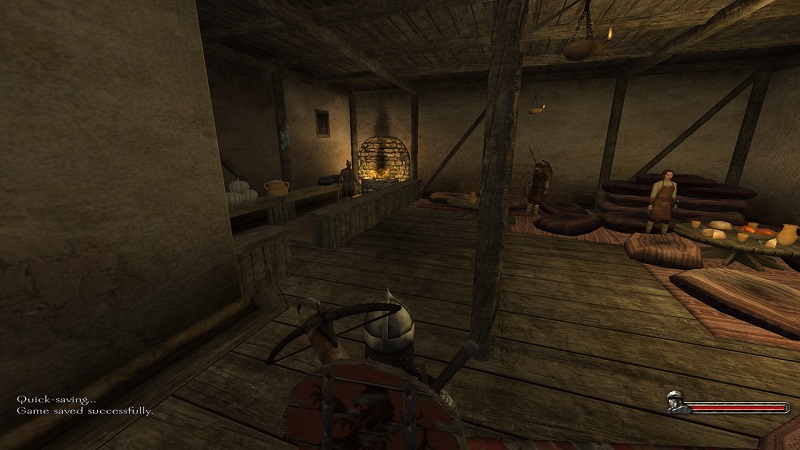 Each region has their own feel to the kinds of taverns they have. If you have not guessed it this one is in a very hot and sandy location. 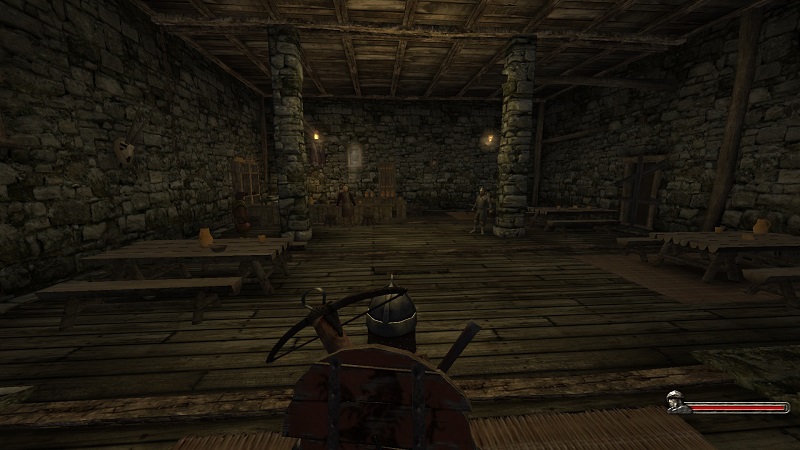 While each tavern is different in shape and sizes if they are in the same region they do feel similar. Some can be massive while others barely holding a few tables. We can see there is almost no one in this massive one. That must not be cheap for the barkeep to keep up on that place. 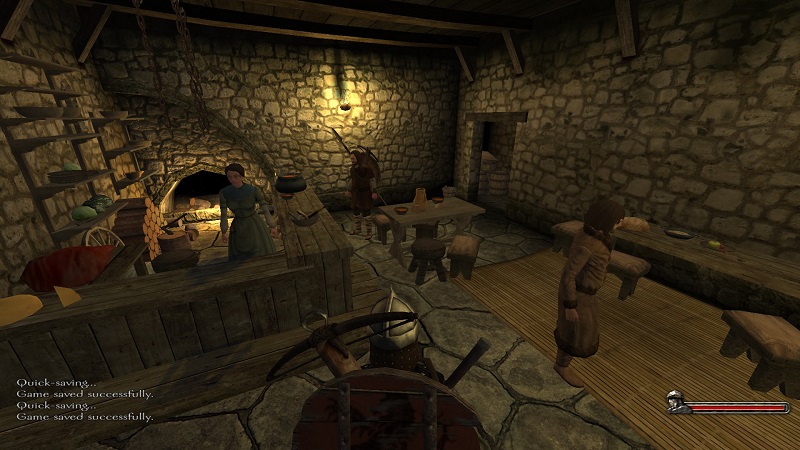 You can find a lot more than just Companions randomly in them as well. They could have a ransom broker, a bard, travelers, random troops to hire and some other NPCs as well. Some of them are selling goods, others are just there for some short lore and that is about it. 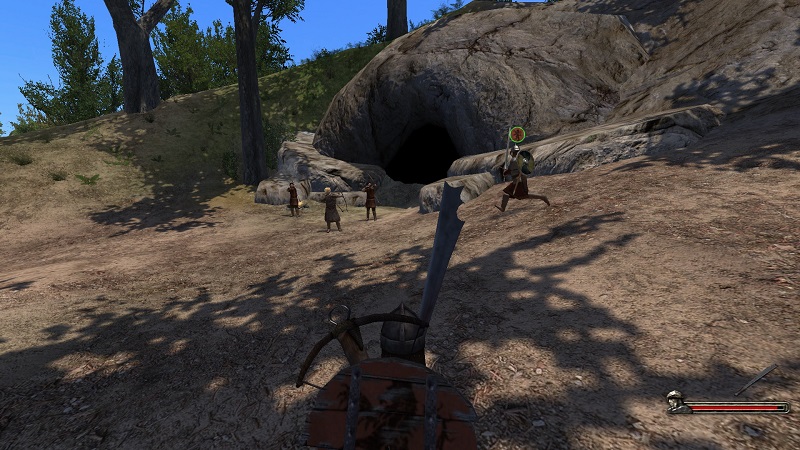 Companions can be a major key to get and build up as they along with there fighting skills in battles and being much stronger than a normal unit can offer party skills as well. Some of the skills in the game are label “party” and the companion or me depending on who has the highest skill will grant it to the entire party. While they cannot get killed they can be knocked out. If they are knocked out they do not provide their bonus so some of them it’s nice to double up on and having a backup for just in case.

Later on in-game if become a king myself and start my own kingdom I can send them out off into the world with their own army and they will go around attacking, defending, getting captured and all sort of things. With that in mind, there are other skills beyond just party ones I want to to make sure they all have. Some such skills are Ironflesh for more health, decent riding skills, and some points in leadership to command a bigger army and reduce the overall cost of troops for themselves. I could even grand them their own land one day if I progress far enough on my own. For the time being the group I have stays with me. Once I send this batch out on their own I’ll have to get new ones.

They also have their own social aspects each. Some of them hate each other so it’s best not to have all of them in the same group. On top of that some hate raiding, others pillaging, and even others get bored. If they become “upset” they will let you know and it will lower morale. After a while, they could even leave your party. So having a good mix is best. While I did not focus on having the “right” ones for raiding or this or that. I just made sure they would not be insulting each other nonstop and driving me up a wall before leaving during the night. 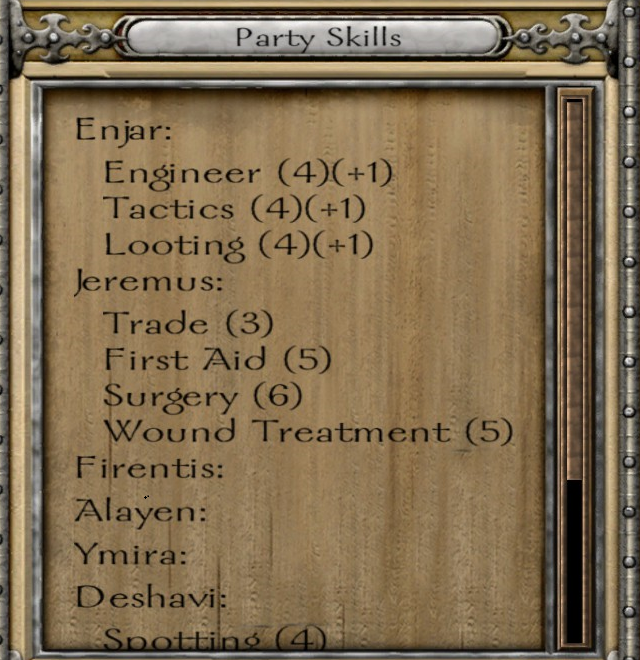 I have 8 Companions in total. Some are set up purely for combat and others grant some kind of buff to the group. While it can depend on what skills they already come with I do sometimes just decide I rather use something for what they are not trained in. It all about finding that balance between what I already have and filling in gaps when needed to make me overall stronger. 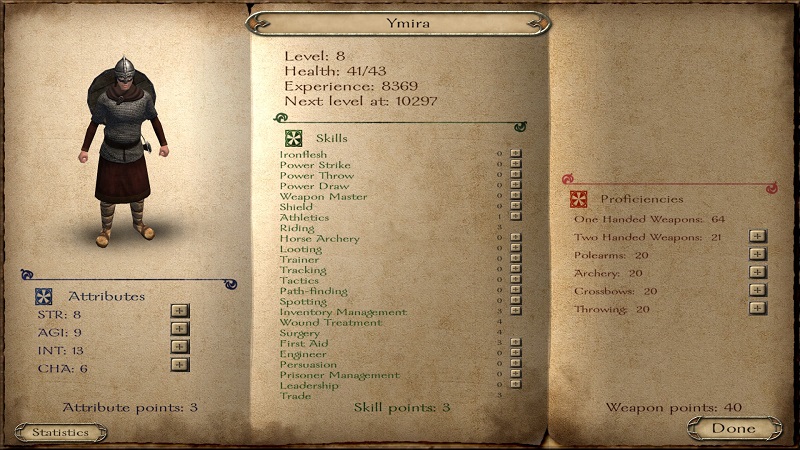 Jeremus is the main healer with skills like first aid (heals over time), surgery (keeps troops from getting killed), and wound treatment (healing between combat rounds). This is also a very important skill to have so I have a backup guy trained as well Ymira who is in the screenshot. While I could have gone with these skills myself I have more combat focused ones and rather use them for these. 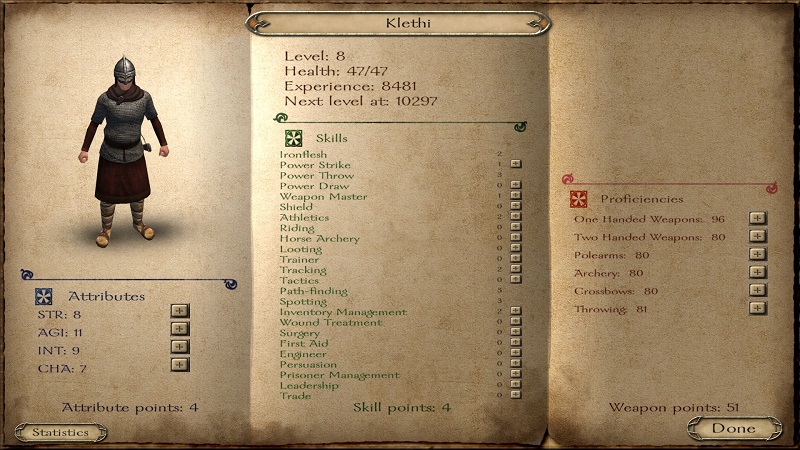 I have Deshavi and Klethi for pathfinding or spotting, This allows me to move around faster on the map and spot has a 10% bonus per level in sight. Which comes in handy. Not to mention this one also proves further details when you find tracks and has them last longer in the game. Which is great for trying to gather information while out on the map looking for someone. 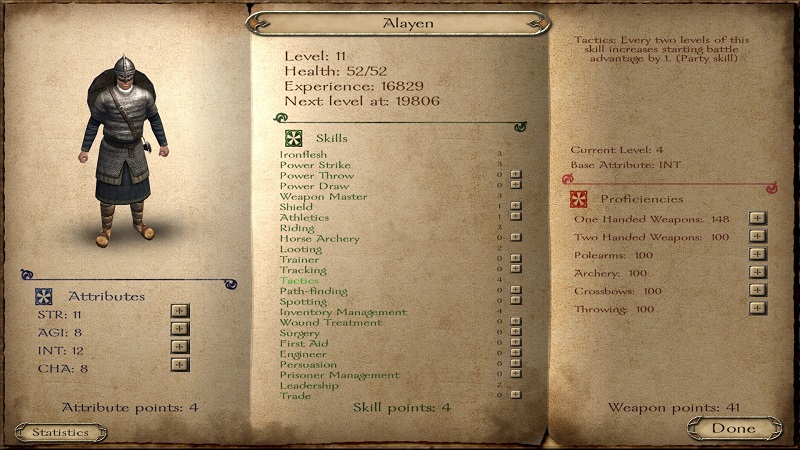 For ones I’m building for general combat, leadership skills or much lower skills in random stuff I have: Alayen, Baheshtur, Firentis(I hate this guy annoys me and is always getting knocked out I call him Fire Anus), and Bunduk. In the long run, some of these might surpass me in looting, tactics, or engineering and play more of that role. Granted I doubt that since I want them leading armys one day and have decent skills for that.

This leaves me with another 8 possible Companions that I do not have in my army. Those will be more focused around just combat and group buffs for anything I’m lacking at that point. Since they will have social conflicts with my current group I’ll not get them till I need replacements. Then I will have to go through the process of leveling up, gearing, and all that again as I start to focus on mid to end the game with them. That will be like taking a step backward so you can move quicker later on. Can be a bit tricky finding a good time in between everything to go through that process.