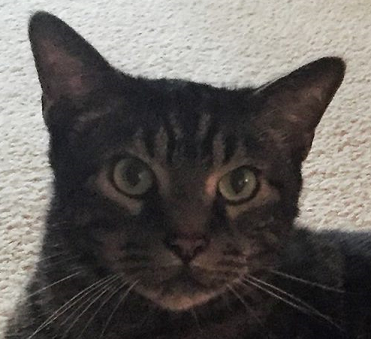 Greetings Steemit I will be going by the pseudonym of Enjar. I have used this name a little bit in the past mostly around space mmorpg. For me the meaning of this name is “English in a jar” it’s a bit of a play on words and I find it rather hilarious. There are two things I love most in this world: interesting people, and interesting ideas. I have never been much for using social media as I have found it rather boring most the time. While having an in person conversions with @pitterpatter over at my parents’ house I felt Steemit offered what I am looking for. I look forward to contributing to this wonderful community you guys have created.

My background in currencies
After I graduation high school I had no idea what I wanted to do. I rather enjoyed my economics class and I received a very small amount of cash for graduating. So I tried my hand in Forex (currency) trading. I mainly focused around USD, CAD, JPY, GBP, and CHF. I lasted longer than most that just jump in being as clueless as I was. In the end I was near breakeven but I could never gain any headway. I had lots of ups and downs and mostly just stress of not being successful. I took the parts I loved about it (working with numbers ,data sets, and source documents) and distanced myself form the parts I hated-- placing trades. After earning my two year accounting degree I got into cryptocurrency while looking for work.

I mostly focused on BTC and even had a very small block erupter farm going after being tired of trying to mine with my outdated graphics card. From there I got into pool mining, cloud mining, and even a few other cryptocurrencies. I have always loved the idea of decentralized currency as it has the potential to resolve a lot if issues we have been seeing for a while now in our centralized paper money.

The night I got out of btc I remember some parts rather well while others are just a blur. I don’t recall exactly where in the range between 1200 and 1300 I pulled the trigger to cash out. I do however remembers everyone screaming “go higher, go higher” and “get out, get out, it’s going crash.” The street that night in the online community I was in at the time was rather loud. For hours on end I was watching one of the exchanges where buy orders where creating a thinner and thinner floor the higher it went. The ceiling was getting thicker and thicker that it has to crash into to clime even higher. After a while I came to the conclusion that I was getting greedy and it was time to cash out. Thirty to sixty minutes later the market went and took a very long time to recover. After that I got out of cryptocurrency all together, and only once blue moon I would read articles on it.

I don’t regret the opportunity cost of exiting BTC instead of keeping it in; even though, over time it naturally went much higher. I bought some video games with it that I really enjoyed at the time, and I continued with my life of looking for a job in the accounting world. I kept some of my block erupters as a token of memory that I was in the modern day equivalent of a gold rush.

Some other things about me
I have a very wide range of interests from playing video games (mostly building, crafting, mining, and trading) to things as crazy as space colonization. I have been playing mostly these days Stellaris, Path of Exile, and The Elder Scrolls Legends. Right now I am also rereading one of my old favorites: A Brief History of Time by Stephen Hawking. Not much more than that as I am a rather simple person

Thank you for reading my introduction post, and I look forward with interacting with many of you.