It was time to revisit Hell and see if they made any changes. While I’m underground I thought why not hunt some Demon Hackers while I was at it. This is not one of the special areas on Rocktropia that I tend to go to a lot. It is however quite different from the rest of the planet. I can’t quite recall if I was around when they added the outer circles of Hell to this place. It use to just be the section in the middle that were mines and the Firewall and Club Hell sections.

Hell is a special place on Rocktropia Entropia Universe that you have to download extra files in the game to go to. You also have to select it in the drop-down menu at any teleporter. From there you select a point to teleport into.

The cursed caves in the middle tend to be where people go underground mining. For those that don’t know underground mining, you have half the search distance. If however, you happen to find a claim it will be a larger size. All the caves are player owned so there is a 5% tax rate. This place is like F.O.M.A. 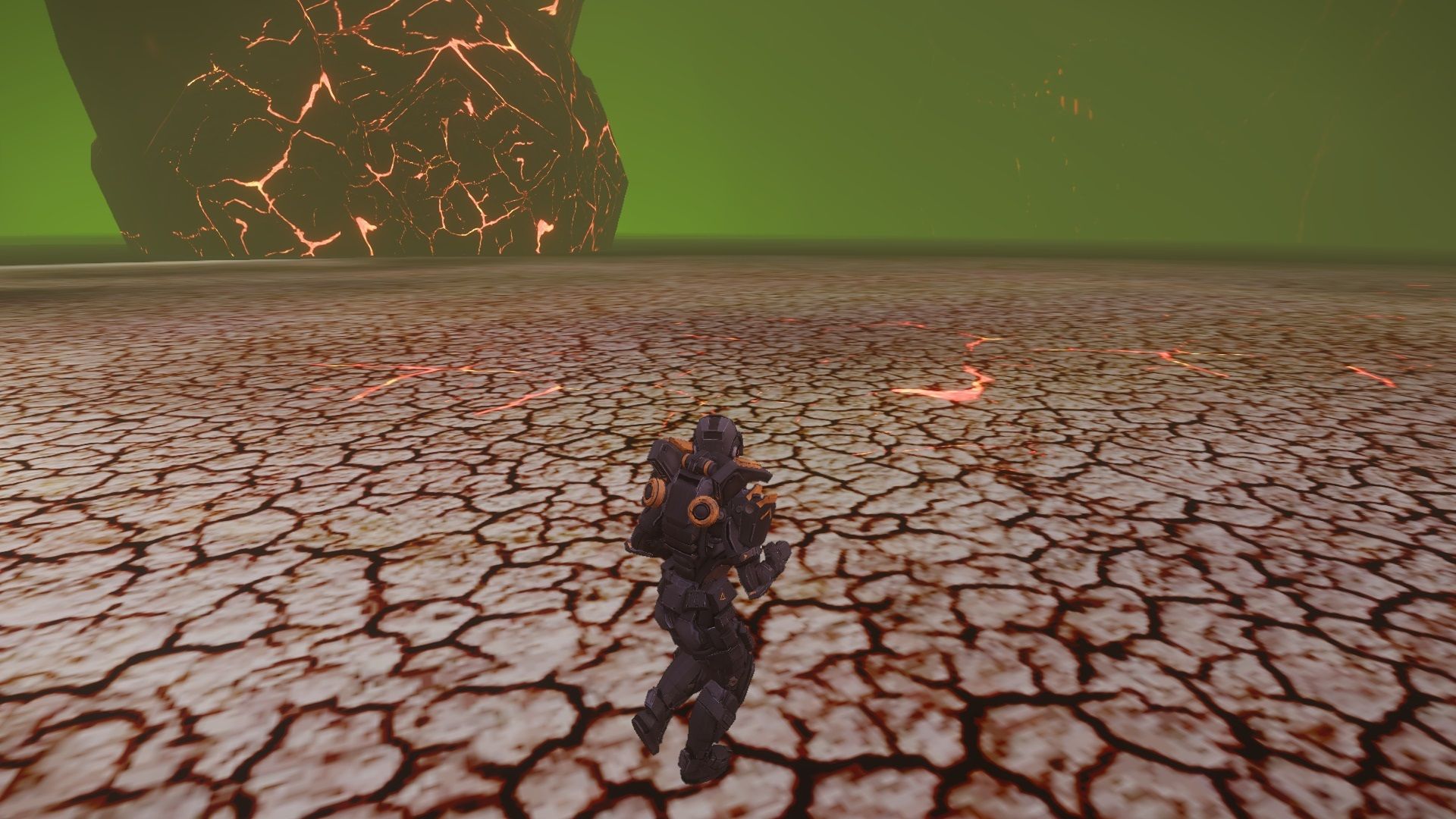 While not all caves are void of any creatures in them. Quite a few of them are. I have noticed they seemed to have changed the naming on them. I also could have sworn they use to say what could be mined in each one. This information however no longer included in the pop-up when you go into each of these areas. For the most part, as I explored around there were not many people down there. There are other places in the Entropia Universe people prefer to do their underground mining. While once in a while you will notice someone getting globals down here. It’s not a lot.

It was tempting to buy some D-Class mining amps and come down here. There was shockingly a lack of many for sale in the auction house and I did not see any in most of the above-ground shops I found. Even when I did find some they were a higher price than what I could buy on Planet Calypso.

Rocktropia is the planet one of the special ores that go into making D-Class amps comes from. As D-Class is from this planet as well. It is somewhat strange how the economy of Entropia Universe works sometimes reminding you a bit of the real world. Everything more or less is brought back from the other planets to Calypso if people can afford to do so. 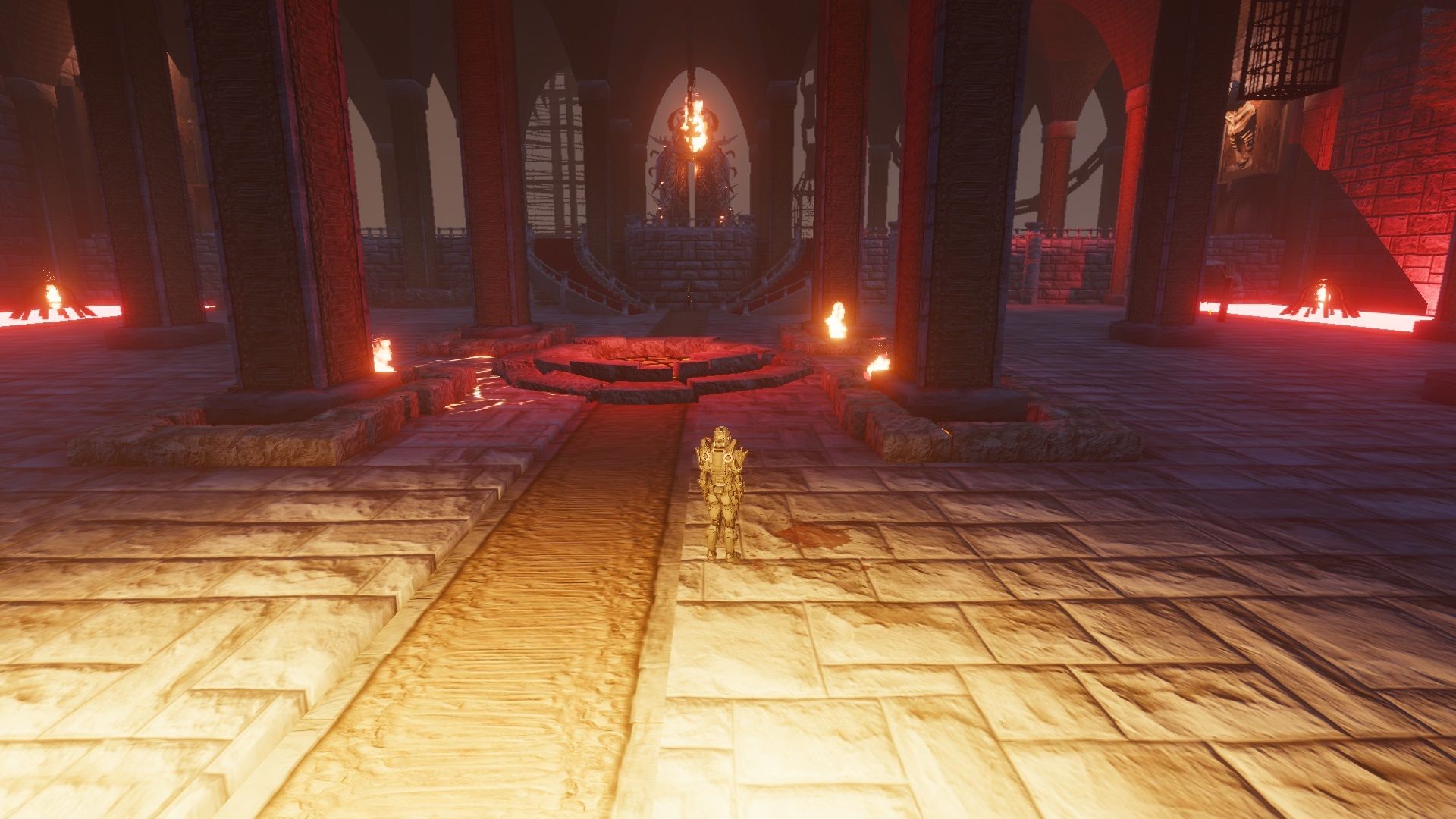 There is even a special instance down here that you need a Hell key to enter into that gets consumed on use. The demons in there and the boss are a bit too tough for me since I don’t quite have the armor or weapon damage to deal with them. It is also quite hard to find a key to sell at a reasonable price. I also did some running around in the outer areas. They seemed to be void of anything living. They were however quite cool to look around in. Some of the terrains out here seemed to be a bit buggy. 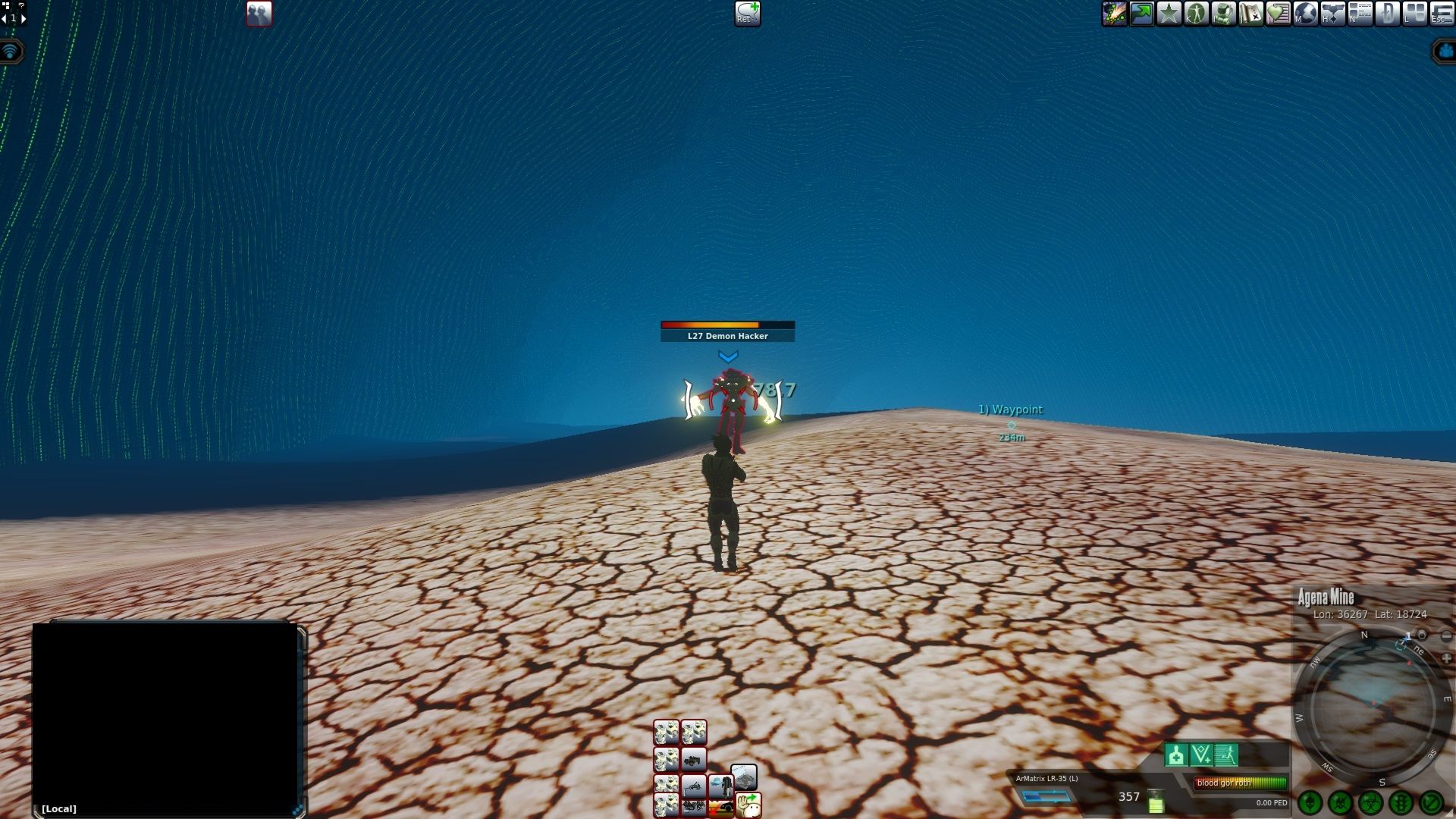 After exploring for a bit it was time to do some hunting. I do lack the proper specially crafted gear to make Demon Hackers quite easy to kill. A large portion of their damage is electric which people usually wear one of the Firewall armor sets to deal with.

These Demon Hackers only have 1k health and despite being level 27 I was able to tank them just fine in my usual Adjusted Pixie with 2A plating armor.

One of the reasons to hunt these used to be for the Open Source Code drops. The code drops are used to craft the different tiers of Firewall gear. You rarely see people wearing that kind of armor these days. So it appears the ones I looted had near zero markup or recent selling history. There is also another type of drop called Pure Source Code. This is what I was getting only while I was hunting. It is used to make the higher-level hell keys. You can see in the decade information they use to have quite some markup. You don’t tend to see people getting globals from running the Hell instance anymore these days.

Since I lack the proper armor for these I ended up doing a lot more healing than I normally would. After doing my usual amount of hunting I called it a day. I ended up being a bit down on the hunt. Nothing other than the worthless codes that dropped was interesting. It was fun to revisit Hell and do some hunting. It was tempting to do some mining even if it would need to be unamped since I did not bring any D-Class amps with me. I ultimately decided not to since it would be hard to sell what I mined on this planet. I’d have to pay to transport it safely back to Calypso which would require me to need enough in markup off items to cover those costs.