Out of the tier 1 lockpick instances on Rocktropia that were available the Booty Raid is the easiest and quickest one to run. You will be facing off against a bunch of low-level Vixens in the instance. 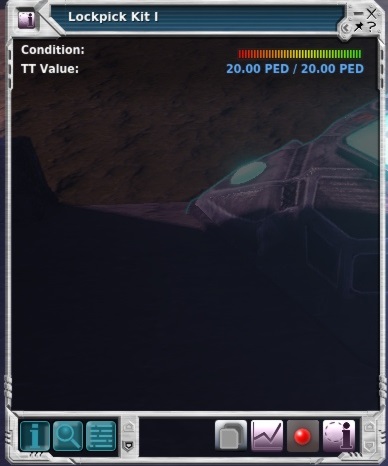 The first thing you need is a Lockpick Kit. While lockpicks are a crafted item. Chance you don’t have the blueprint for those and since you can usually buy a tier one for TT+2 they're quite cheap to get. Make sure to repair the thing to the full 20 PED before you use it.

Unlike some of the other lockpick instances, this one gives you a clearing warning at the start that if you die it’s over. While I was not willing to test that out Vixen is quite easy to handle. Any low-level armor you have should be more than enough for these they are quite easy. I used Harrier Assault Adjusted armor and that was overkill. I ended up healing 0 times during my run.

Since they are quite low-level creatures I ended up using a Z12 Barbarella with an amp. Any low-damage weapon should be fine here. In a couple of runs I’ve done I was using less than 7 PED of ammo. You are mostly dealing with things like Glamour Girl Drone Shy, Gynoid Elite Series Shy, Fembot Raver Shy, and many other low levels of Vixen. Which have something like 10 to 50 health.

The instance itself is not that far from the teleporter noobs noobs noobs. There are also other teleporters in the area not that far as this place is in between new Harlem and Old Harlem. The player instances themselves can be found at 135333, 87980.

You can also equip the Lockpick Kit 1 and use it to have the game spawn a waypoint to the Booty Raid. This is the only tier 1 that it will show. Other ones despite the key being able to be used for are not shown. Due note the waypoint takes you to the group instance but the solo one is right next to it.

This lockpick instance has a total number of creatures to clear. You start it by clicking on the door to planning some explosives. Once the door blows up it starts.

Some helpful tricks while running this. If you are unable to target a creature move up closer to them. There are some invisible targeting boundaries in place set up to force you to move forward into the next section from the best I can tell.

Due to how narrow the hallways are expected to have some issues with creatures unable to hit you and becoming unreachable. Don’t worry any shots fired at them won’t be wasting ammo. Try finding ones that are damaged first and clearing those out. If all else fails try moving around a bit or closer. There are some traps called laser emitters. There are a couple of ways to deal with them. You could attempt to jump over it. Line up your gun and toggle auto-shot to destroy it. You could also ignore them and just take a couple of points of damage from walking through one. 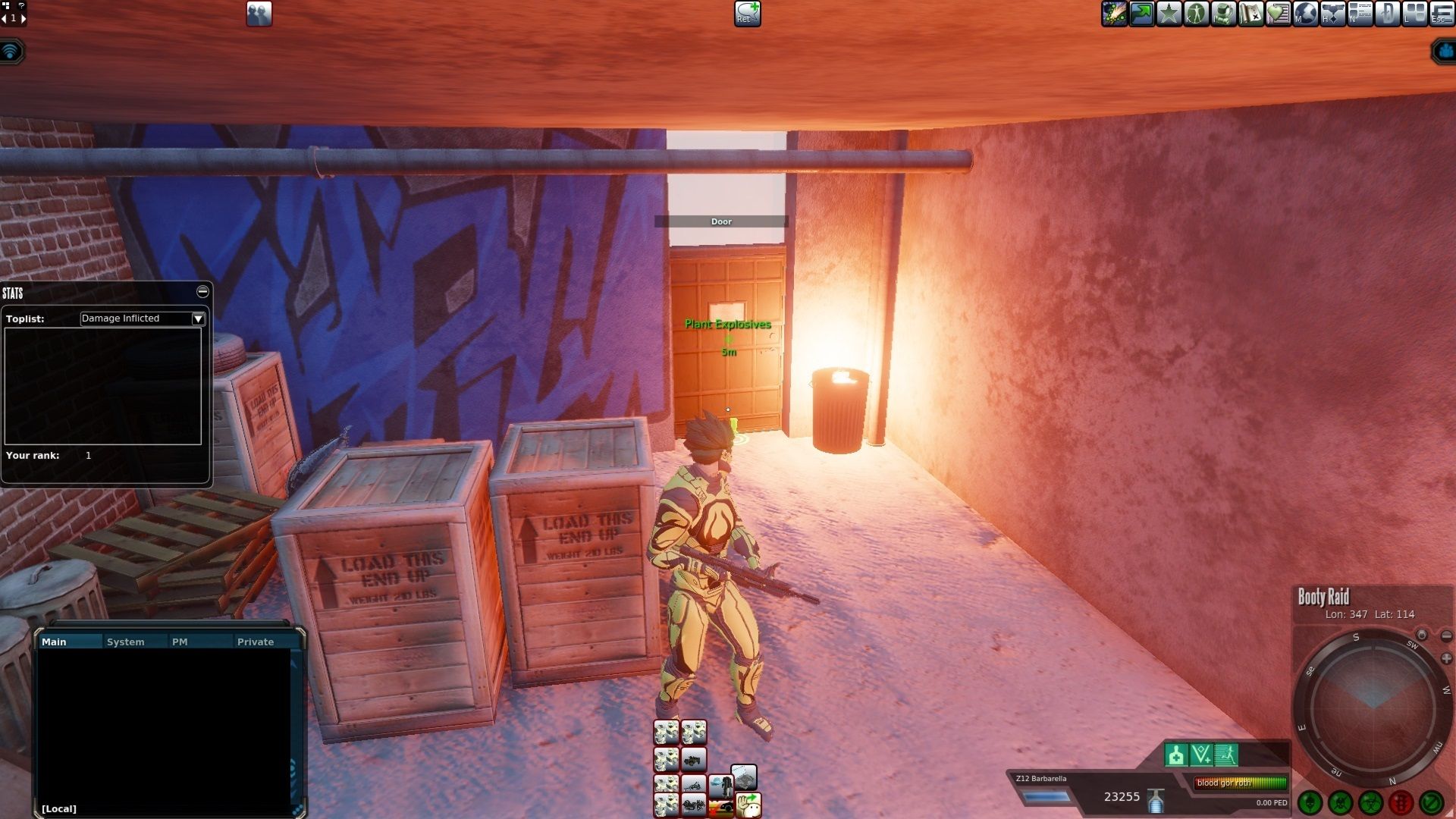 You start by clicking on the door to plant some explosives and take cover. You then have some vixen to clear out down a hallway into the next room. Since the doors provide natural choke points use them to reduce how many of them can hit you at a time. Many times if you are quick enough you can pick off one or two before the rest come running into the area.

If you never fought Vixen before. You sure are in for a surprise with some of the things they say. Hey man, they are just hard-working females. Who doesn’t want you to sweat them and are calling you poor for not being on the Hall of Fame list. You will have some hallways and smaller rooms ahead of you to clear out. If you are unable to move forward make sure you have killed the entire vixen in the area. 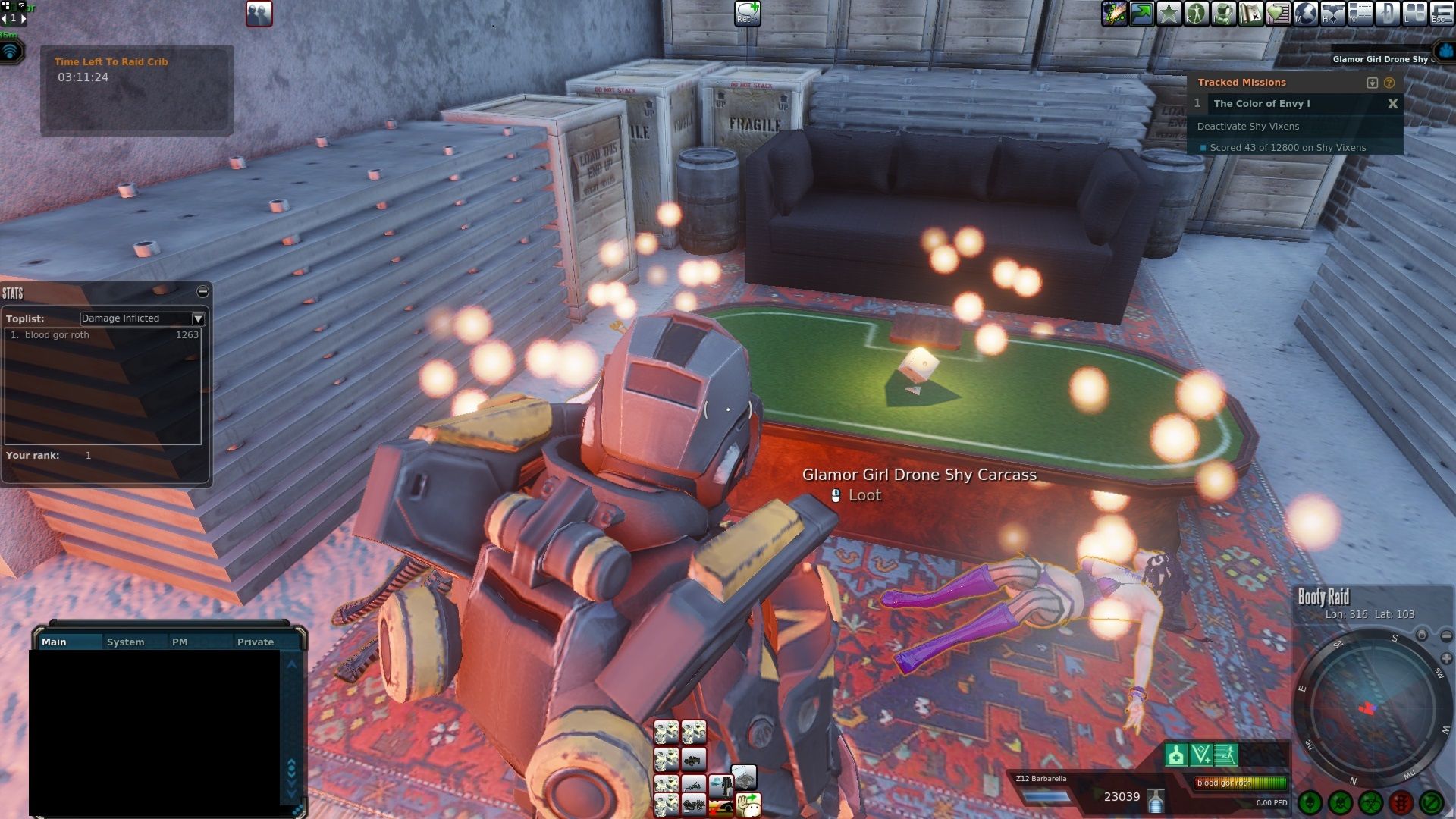 In a side room, you have to clear out anyways to move forward will be a pair of dice on the table. Be warned doing this seems to cause the police to show up every time in the end and they will kill you once you are done looting. These dice however can cause a lot of extra vixens to spawn by spamming till I get snake eyes and lucky sevens.

Sometimes when you are clearing out the extra spawns of vixen you can get aggression on the ones in the final room. This seems to lock you out of reaching that area. One way to fix this if that happens to you is to exit the instance and come right back in. Then quickly run to the last room. A little extra work but at least you can get around the issue. You will know when you are in the final room as there are two panels of glass behind a desk. One o them will have a safe behind them. 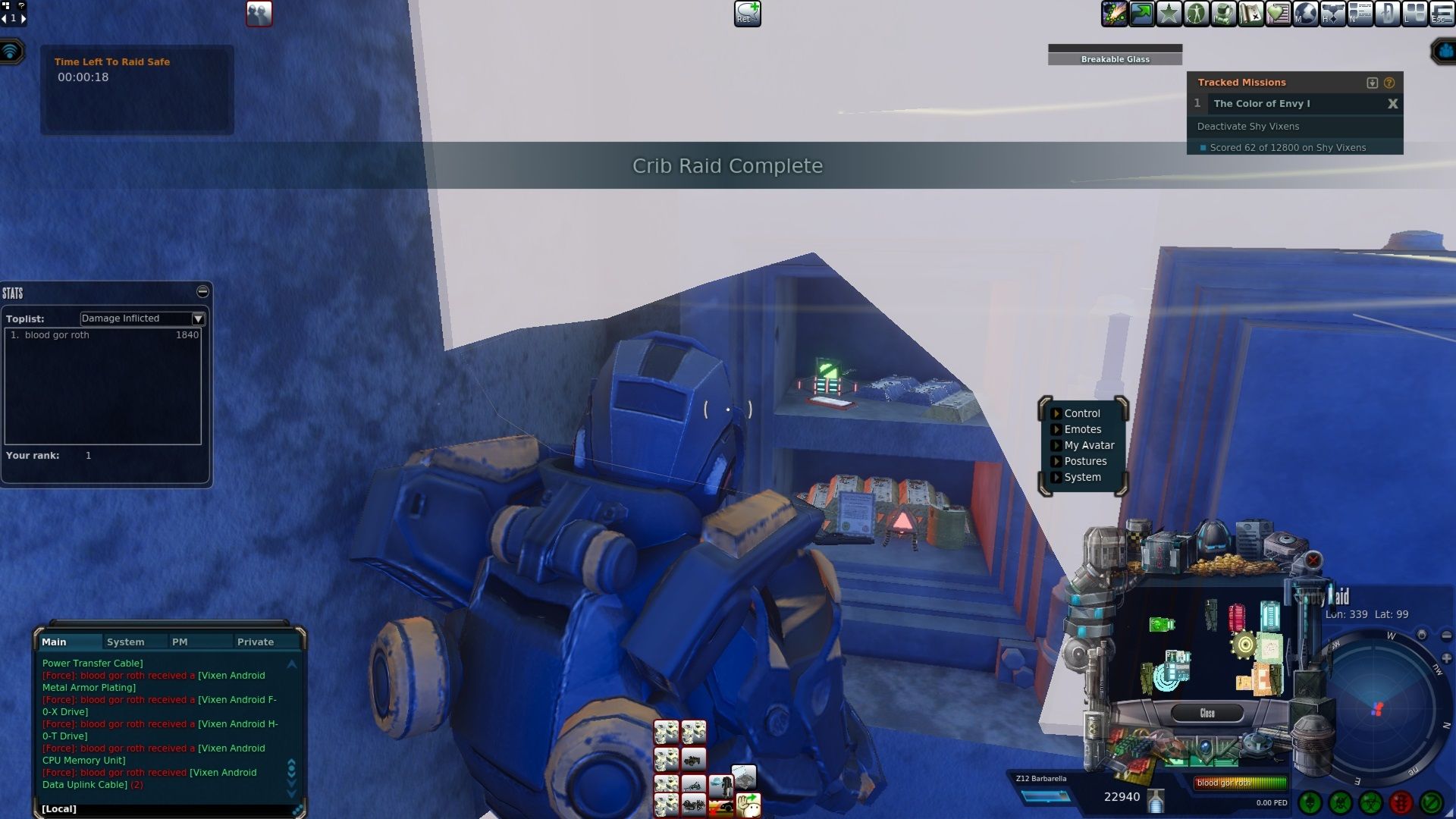 Once the final Vixen is dead you have 30 seconds to loot the safe. To break the class you can just toggle auto fire and shoot 1 bullet at the glass. Make sure to use a low-level gun as it will consume a shot to do so. You then just click to open the safe and boom a bunch of Vixen drops. The nice thing about Vixen loot is about half of the drops could have some decent markup on them. While the other half tends to be TT fodder. Usually, the lower TT items tend to have a higher markup.

Do however expect the bulk of the loot to be Sharpnel and TT fodder. While there usually was not a lot of profit since at least for me I was paying 2 PED markup for the keys. There was at least a little something that kept me coming back and running a few more of these.