Rocktropia has one special area based on a movie regarding The Thing. While I don't know much about that movie I‘ve always found it interesting to run around the artic on Rocktropia. Hunting the Thing on the other hand tends to send chills down my spine as they make this horrible sound. Like Hell the Rocktropia arctic which is called Hunt the Thing in the dropdown menu at any teleporter to get there. You also need to download the extra files for that area. At least you can do so from within the game and you don’t need to exit to the launcher to do so. For those entering for the first time, there are some noob missions to take on for a gun, a car, and winter clothing. I don’t quite recall what else you get if anything. Since I’ve done that all before I already have some waypoints and can’t get those items again. While there should be waypoints or some rather strait and forward to find those missions. I do know this is the location in the starting area in one of the larger buildings. It was a weapons cage to do some weapon training from what I recall. There is also an option to find out who gives you arctic clothing for free. 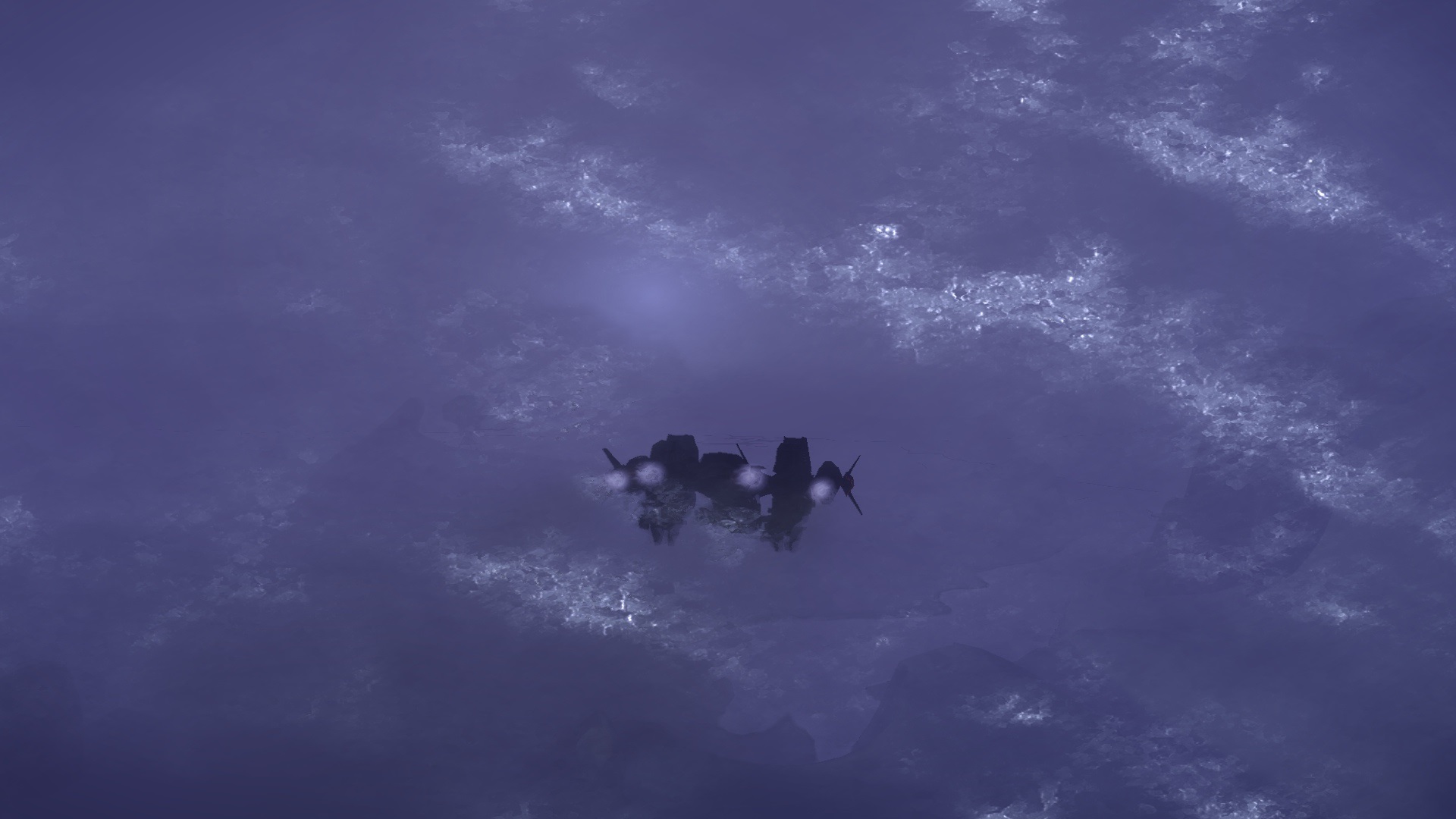 The arctic is not your normal special zone. Some areas have extreme weather conditions that make it quite hard to see. Thankfully I’m just flying around and have already discovered a lot of areas so I’m not that concerned about having such reduced visibility. 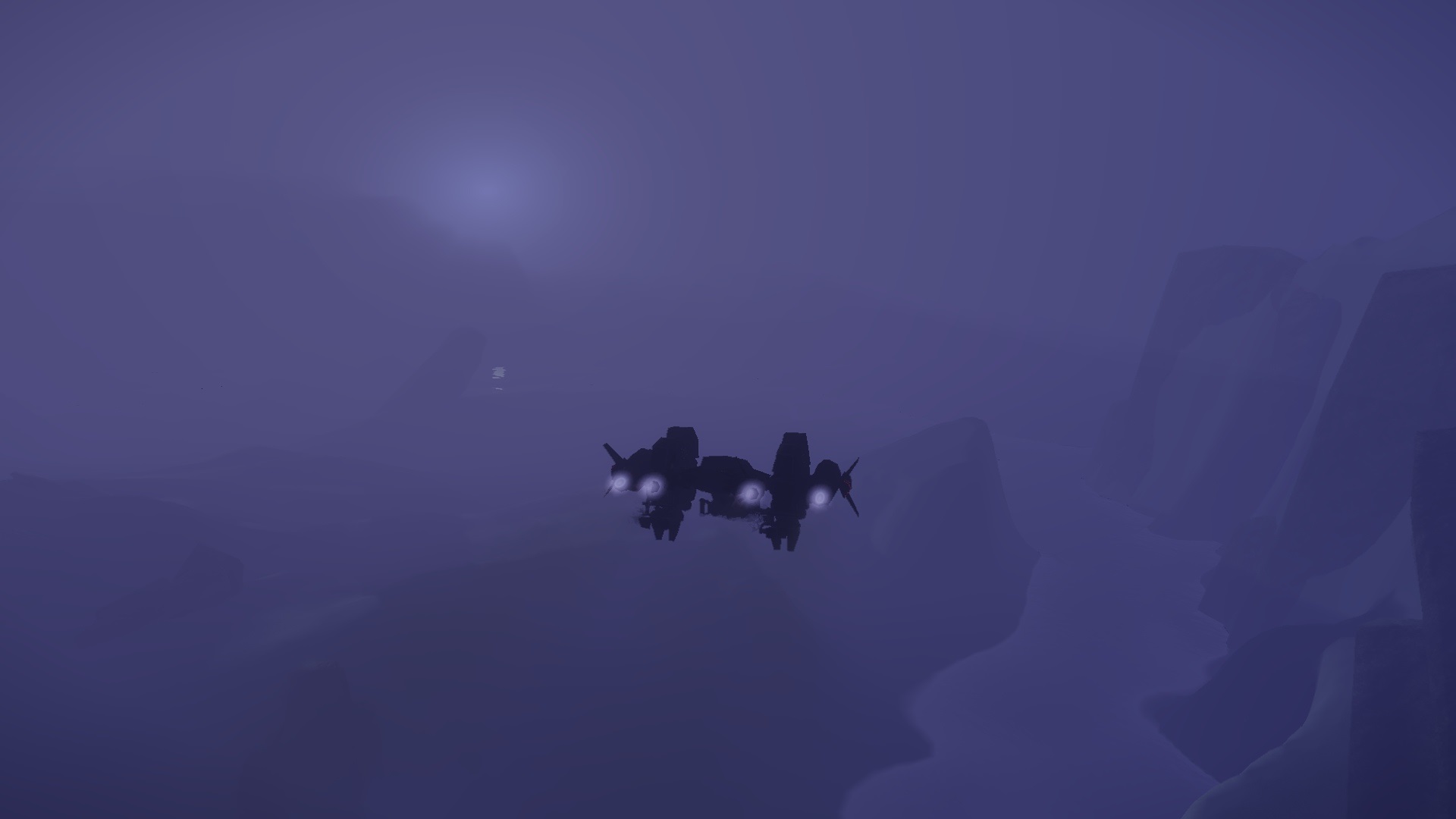 Even when those weather conditions are not going on. It can be quite hard to see. Not to mention there are a few non-lootable pvp areas that scrabble the mini-radar. 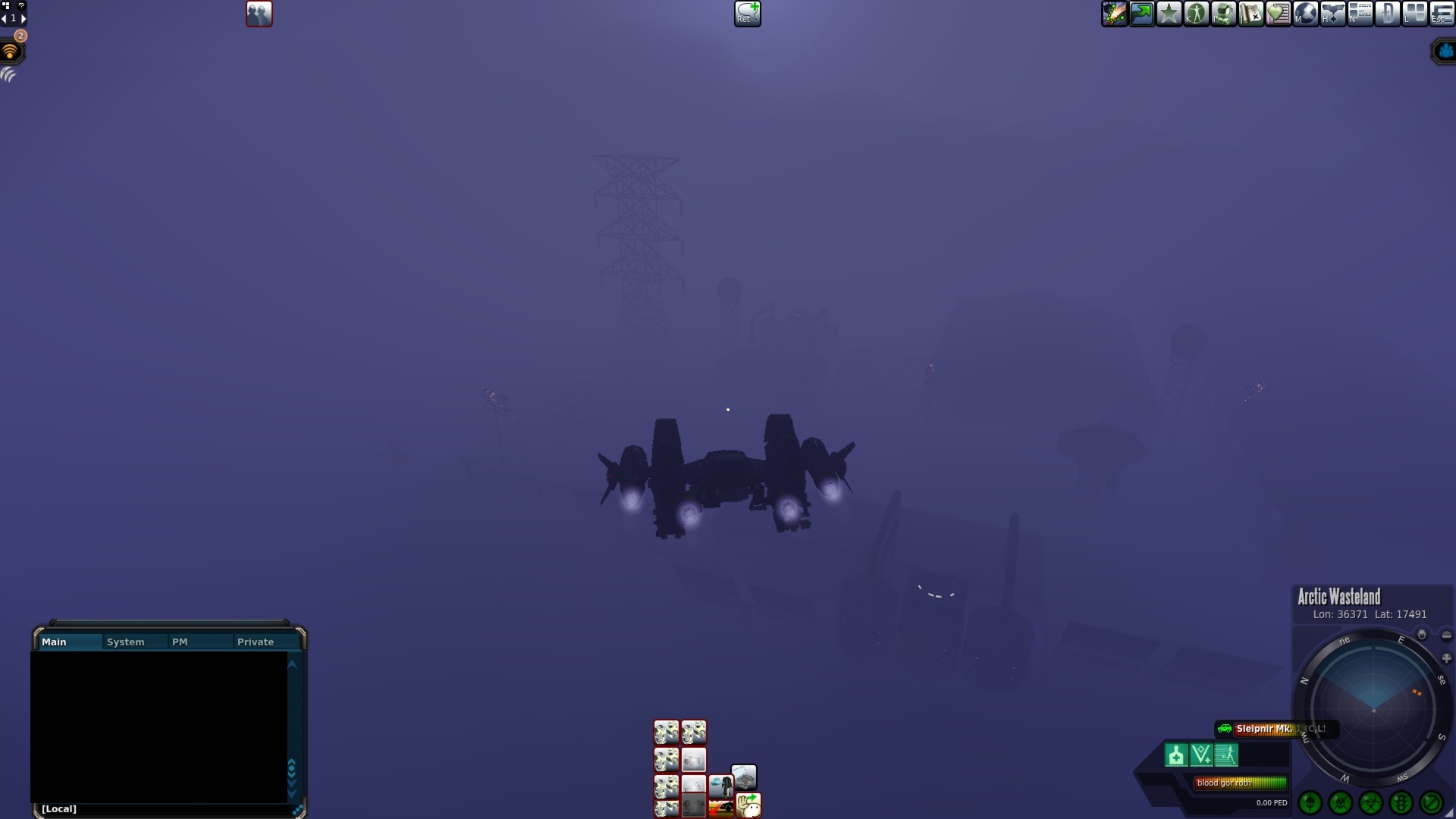 In the lower areas of the map, there are a few different buildings and other things of interest. The starting missions end up taking you through them all till you reach an end where you get to be rescued. Hopefully, that was not some plot twist of the movie that I just spoiled. 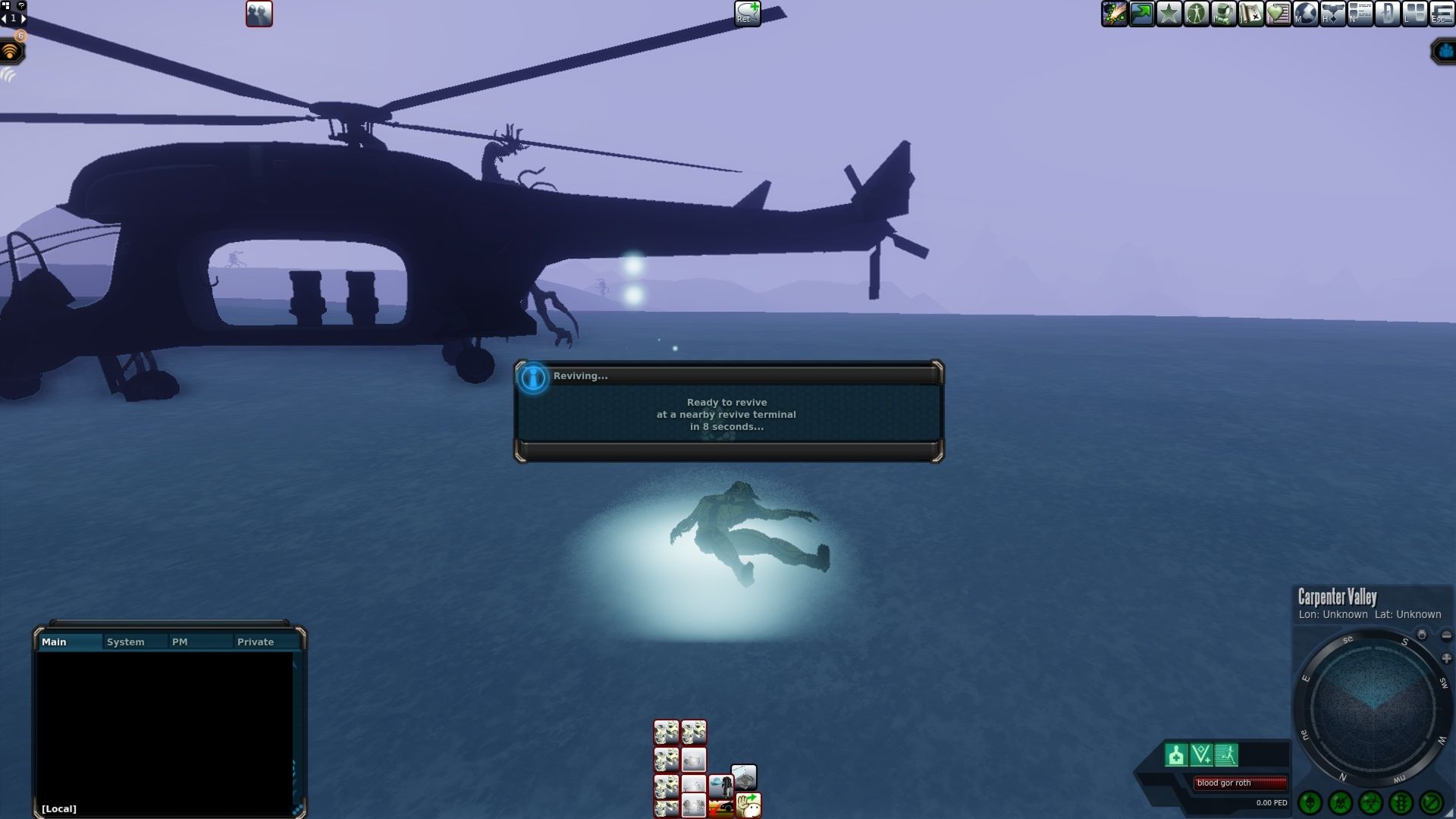 You do need to be careful of where you choose to land and explore by foot here. There are some very high-level Things in this zone. There is even some crazy Thing that has half a million health. I’ve never had to pull anything crazy like that here.

Back in the day, a society I was the leader of it entered into a contest to win a massive ship. For a while, I would go out and try to pull some of the higher-level ones when I could help out. Which was quite tricky as some of this stuff can one-shot you if you are not careful. There would be massive hunting teams to help people out during that event. 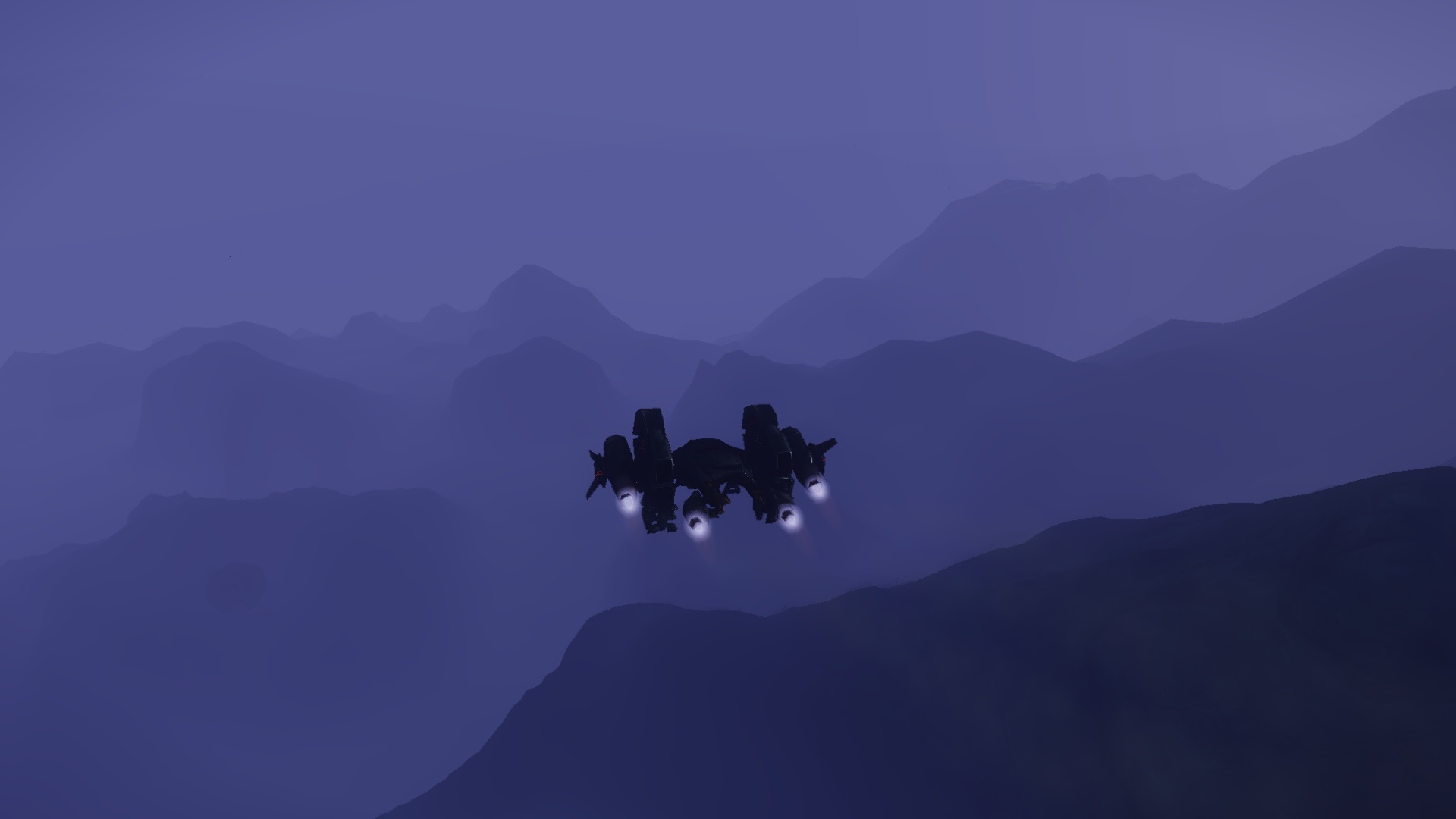 I would fly out. Find one of those higher-level Things. Tag it and have it run after me for a short while. Then I’d jump into my ship and fly a little ahead. Get back out and tag it again. Doing that over and over till it was within range of the killing group.

Events like that back then made this game quite crazy and fun. People were winning in-game life-changing items that they could build a career out in-game or sell for quite a nice amount of money. Once in a while, you still see stuff on a much smaller scale like that going on. Nothing like the old days. After a fair amount of exploring it was time to hunt some Things. I won’t be going after anything too crazy. I ended up finding an area that mostly had levels 9 to 13. Since these deals cut and impact damage I was able to tank them just fine in my Adjusted Pixie armor without much of an issue.

In the area, I found them in they were in small groupings that were a bit spread out due to the terrain. I would know when one area respawned because I could hear their shrieking. A sound I thought I’d never hear again. 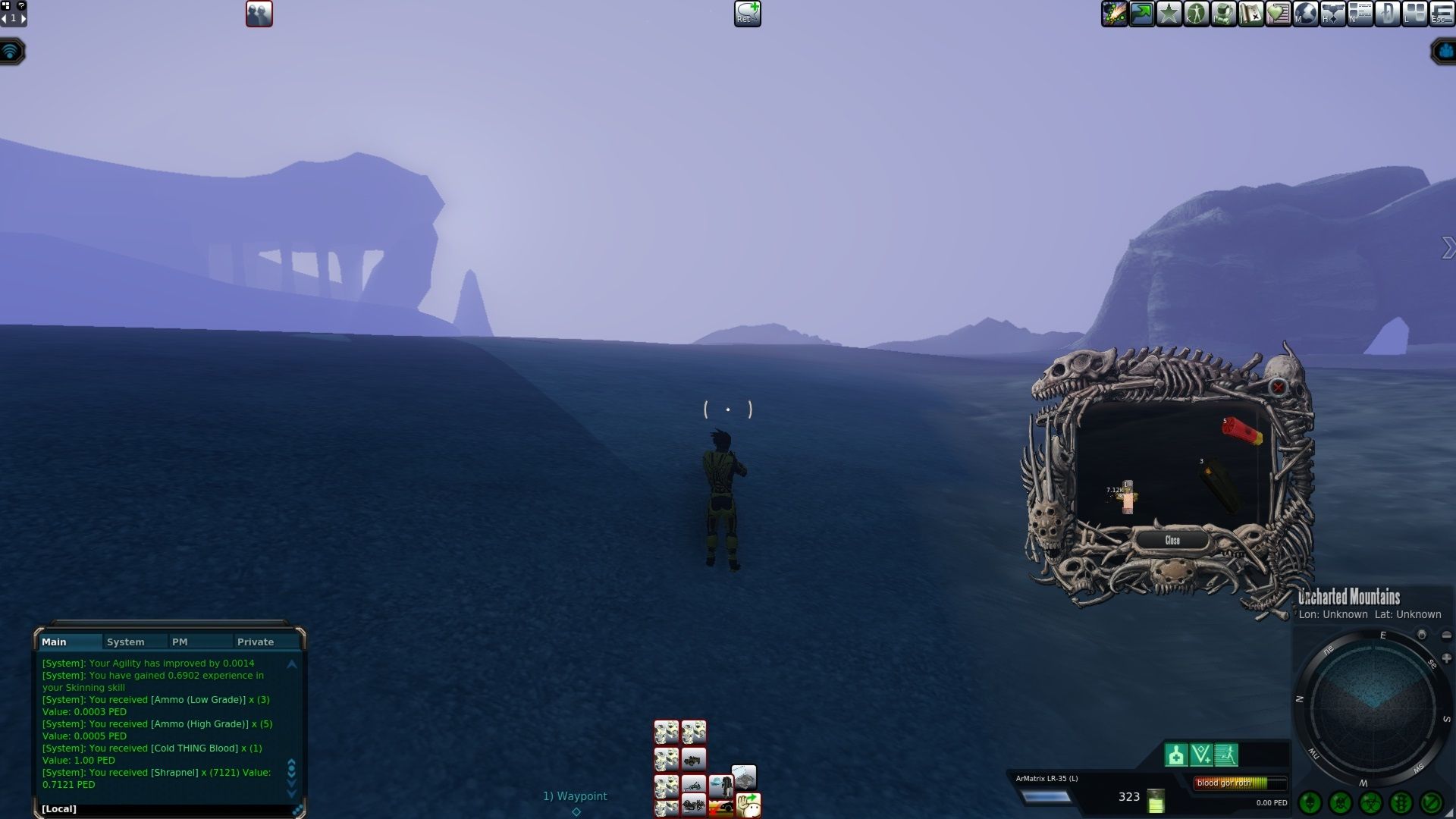 There is also some very strange loot drops you can get here. You can find stuff like low and high-grade ammo from hunting Things. That is used for special guns. Rocktropia was always trying to be a little different than other planets back in the day when they had active development going on.

I however have no use for them. Those drops are also not wanted I’m here looking for. There are some weapons and one of them is quite fun to use. Thankfully it is quite a common drop. The real thing I was after was flamethrowers! While I did end up having four 4 (L) flamethrowers to drop none of them was max TT. They all were just the grunt version of them. Granted I was just hunting level 13s and down so I kind of expected it to be that way.

The flamethrower has extra damage causing burn damage of 30% for 5 seconds. I ended up using it to light the Thing on fire for the cover image I used for this post. It’s quite a fun gun. However, at the time of looting my first one I was low on the right kind of ammo to use for it. So I only got two uses out of it.

After hunting for a while I ran out of ammo and called it a hunt. Just in TT value, I ended up breaking even on the hunt. The flamethrowers are not full TT but they have around 116% markup on them. The issue is that most of the ones I looted are 12.50 to 13.70 PED. With the way the auction house works, I’d be getting very little after fees if I did not have to relist. I might just end up keeping these for myself to use in the future. They are quite fun. 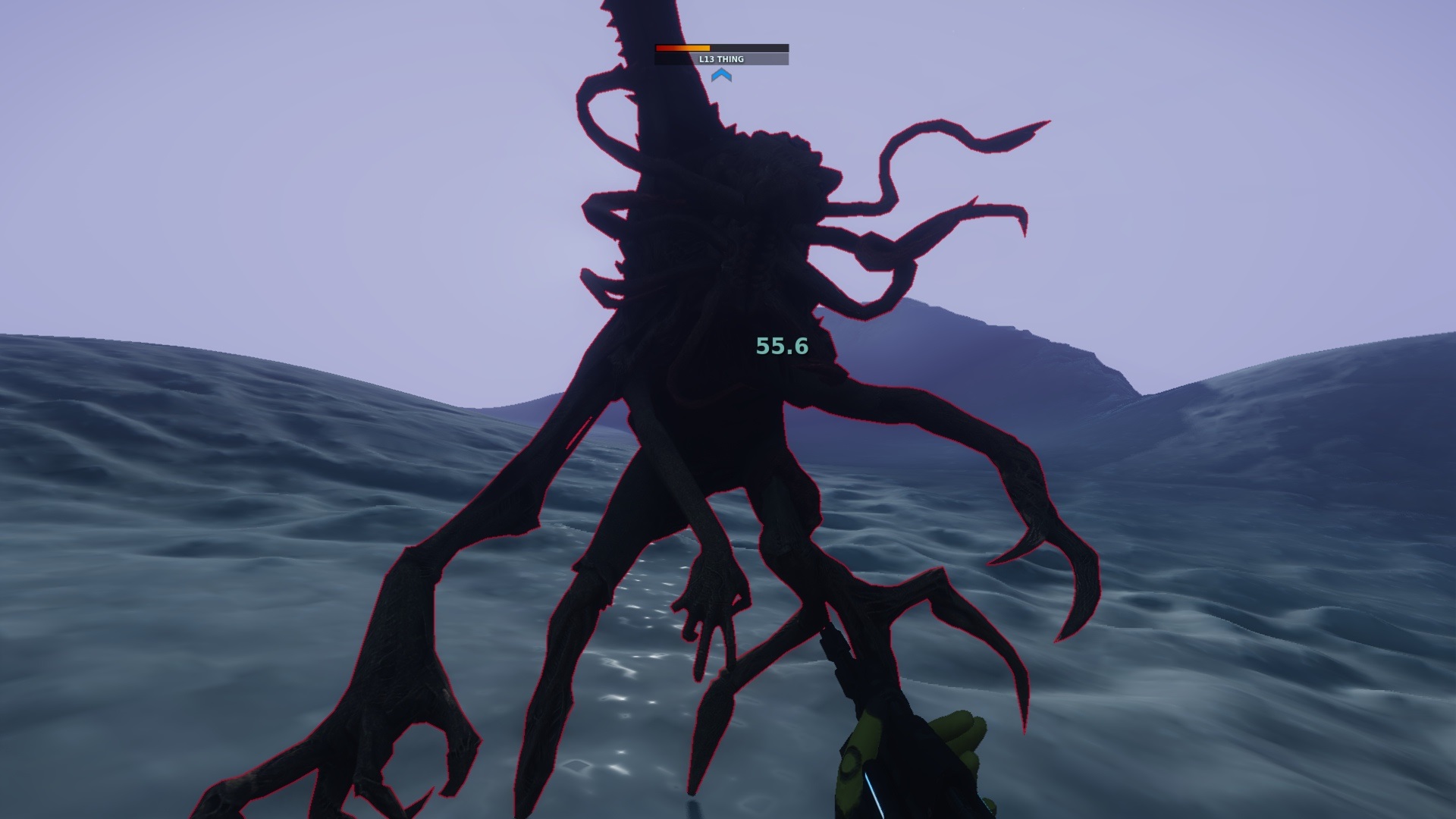 It has been ages since I’ve been here. It is great to see as far as I can tell they have not changed a thing. Back in the day, I did very little hunting in here as I could kill by myself at that time like level 7. I might be going back for another hunt and seeing if I can take the ones in the level 20s. More than likely won’t be a post about that unless something interesting happens.

I am also someone who loves winter wonderlands. It was a chilling blast to fly around and check out some places I have yet to be in here. Who knows where the next adventure will end up taking me?