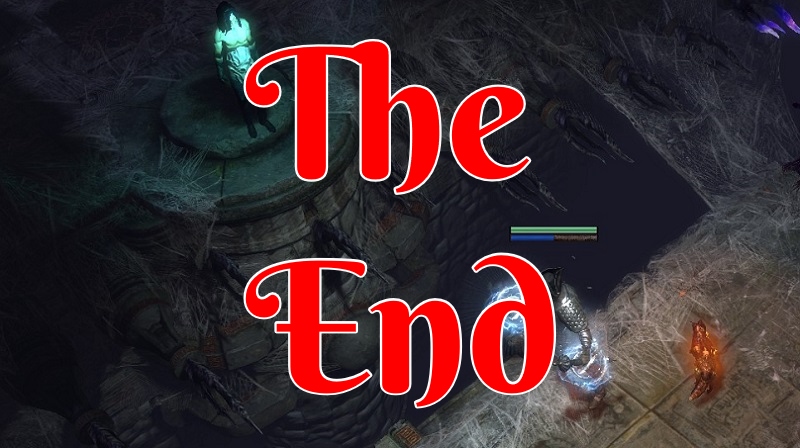 I have now made it the furthest I ever have in Hardcore and even more so with it being solo self-found (SSF) I knew today would either be a long day and things would keep going or it would be a rather quick and expected death.

One of the places I’ve always stop at was this giant spider at the end of quite a very deep zone. While the fight is not that hard. She is simply a roadblock that could kill you if given the chance. Most times I just do not feel like taking that risk. So every time until now it was where I stop in the game. 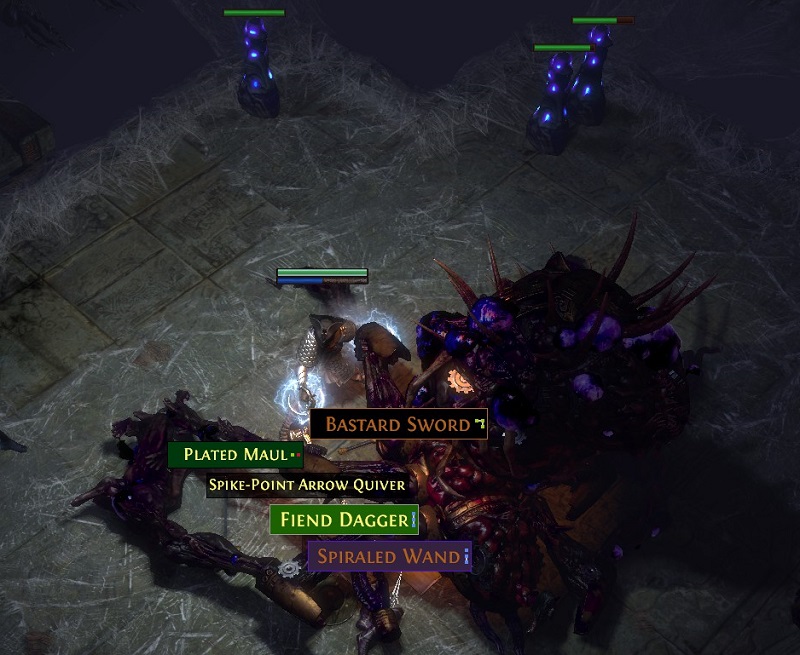 Arakaali is just a giant spider that has purple beams shooting across the room in easy to define the pattern as there are things on the wall they shoot out of. You just have to dodge them and even if you get hit with my amount of life it’s really not a big deal. Since I just drop 3 totems on the ground and dance around until they need to be summoned. She is quite the easy creature to take out.

The game even though it would be funny to toss me 2 unique drops that I had no use for. A wand which I can’t use if I want to have a shield charge as my moment skill; which, I love that movement skill. I also acquired a two-handed sword of which I’m not willing to give up my mace and shield over. As such I just vendor the loot as I have no plans in making another hardcore character to use them.

Not too long after this encounter, I was covered in waste walking around in a sewer. Doedre the Vile is her name and it did not take me long to find her. I have a confession to make I’ve never killed her without dying a few times. In softcore that really is no issue. In hardcore that is another story. 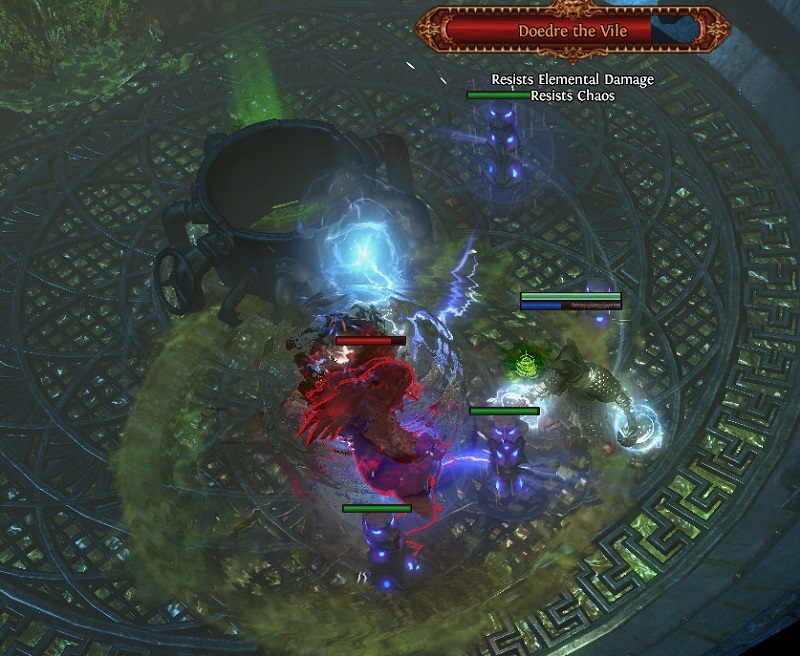 So we did our dance. I knew after my second portal out to refill my flakes that I should not have gone back in. I being a fool went for it and thought I might just have this one finally.

For a while, things went great. I cured myself on occasion and from my understanding of the fight, I was doing ok. Then got hit really hard. A good 75% of my life or more in one flurry of damage. I pop my instant heal flask and then tap the heal over time one hoping it would be enough.

She was down to around 25% life left and then it happened. 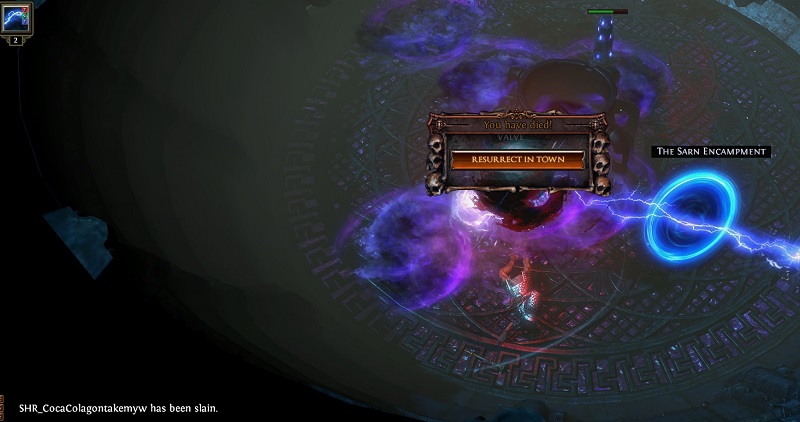 Once you die in hardcore you are moved to softcore and are no longer in the league you were in either. They don’t even keep you in the current league which is always a bummer. Really no point in going on for us league players.

I have lost 3 characters this time around to hardcore. I knew for now I’m done with it. It is not as chilling and relaxing as I prefer in a game like this. Any mistake and it will be your last. This for many is the whole point and thrill of it.

Will I give softcore a try this league for Delve? I’m not sure yet. I think I’ll enjoy a few days off before making that decision to start over from scratch or not.