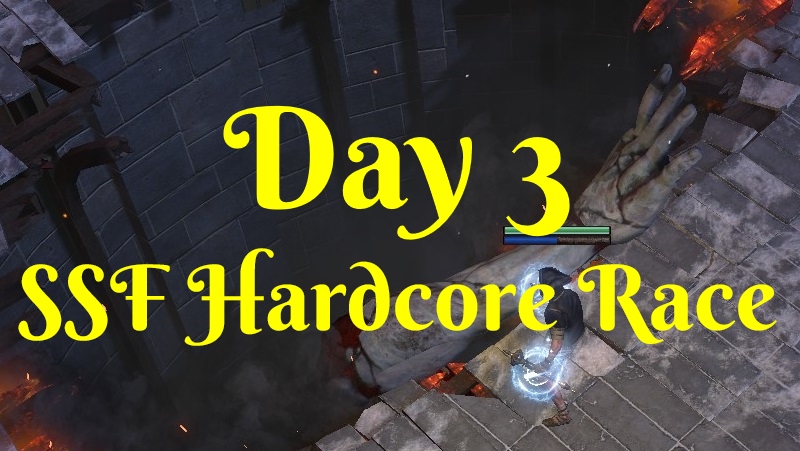 The first business of the day was murder. Enough time was spent trying farm for upgrades. Lady Luck was not on my side, so, I finally for the second time clicked on the door to the other side. The battle was not really that hard. I was not expecting much of a challenge. I just wanted better gear before moving onto the next act.

Thankfully due to a 50% instant heal flask, any damage I took was instantly healed. My damage output makes quick work of the monster. It was decent enough the different phases hardly had any time to even go through there motions of damage cycles. In the end, he fell like the ugly thing he was.

The downside of doing the deed was being meet with the resistance penalties involved with moving to the next part of the story. Killing something so mighty suffers a cruel fate by the gods in doing so. I hopped on a boat from there and sailed to a new land. Oh, wait, no it bought me back to the start of them again. This time a lot of time had passed and things were just different.

The Gods Where Are They Now 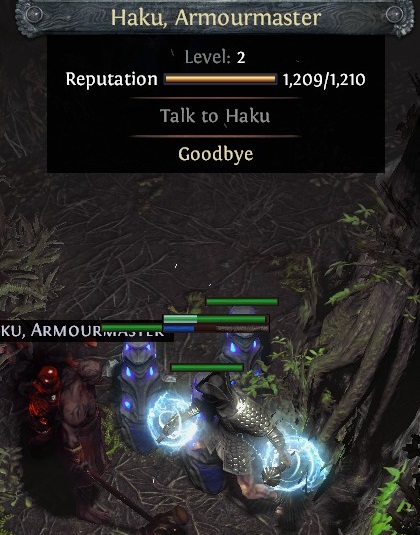 The realm finally gave me what I wanted. It trolled me so hard as well with delight. Yep, one reputation points away from gaining his trust and talking him into joining my hideout. With him, I could have added life or resistance among other things to my main pieces of gear. It would make things similar.

I would not have spent all my Chaos Orbs rerolling body armor just trying my luck. Normally I would not have had over 10 Chaos Orbs this far into things. Seems the game was trolling me with those drops as well. With it being solo self-found I could not use them to buy the gear I really wanted to progress. I wanted them trying to please the RNG gods. They must be on break or something. Maybe out enjoy the holiday. 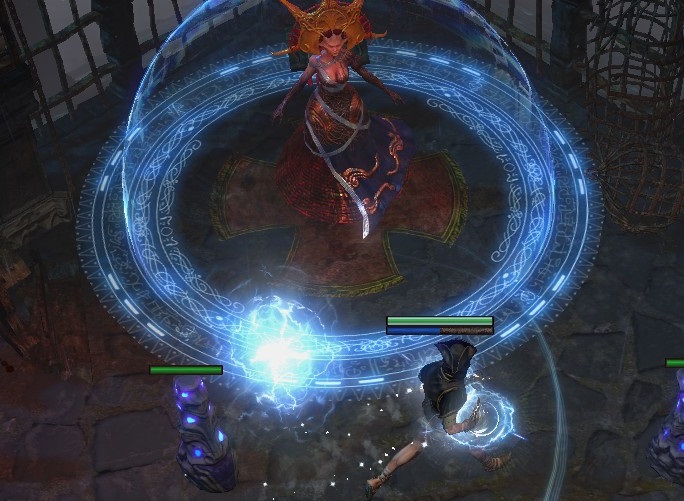 Expect I know that is a lie. For their betrayal of not giving me the Forsaken Master reputation I wanted. I counted my killing spree. Shavronne and her Brutus where no match for my powers. They went down without much of a fight. She kept trying hide behind her brute force of a minion. He was like a speed bump and I made sure to slow down enough before hitting him. After that, I went back into full speed mode again. 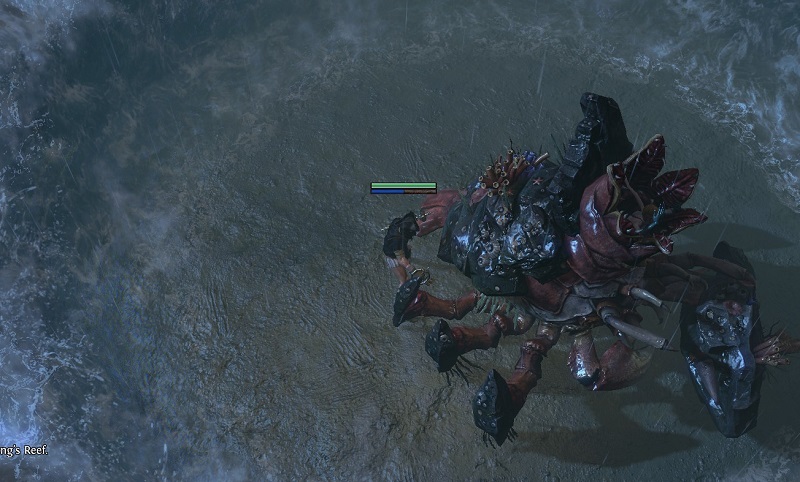 After clearing some more of the minor gods and goddesses it was time for the king of the ocean himself. The Brine King himself used the furry of the ocean and the thunder of the mad skies at his disposable. Fully understanding his weakness of portal technology I used that to my advantage. I ported out during the rough seas and storms. I laid waste to that overgrown crustacean. My lighting damaged cooked my dinner fine that evening. I even had some for an early breakfast as well!

An End not Met 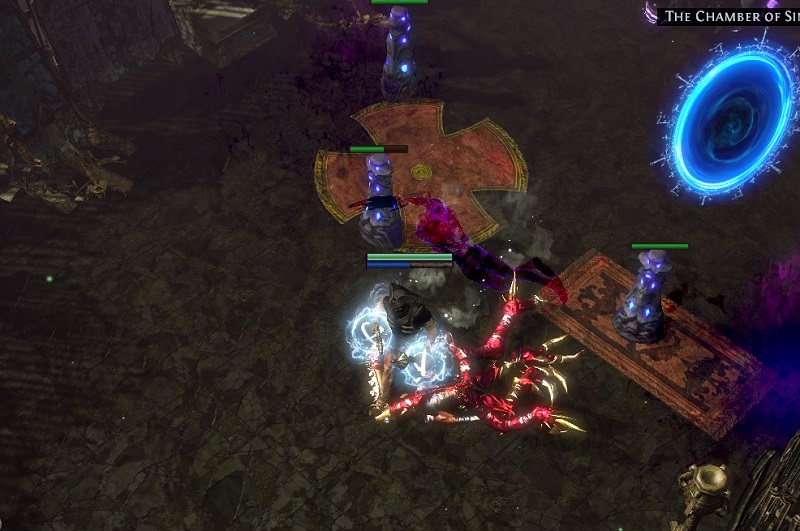 After that, I was tricked into going into a portal to a very strange land. What I seemed, however, was not found anywhere in there. Oh, I can tell you I searched top to bottom. Under every rock and there where loads of them. Far too many if you ask me. Whoever the landscaper they hire is should be fired for being so lazy.

Still, I thought this place had some clues about the whereabouts of the forsaken master I needed to meet time, again and again, to get what I wanted. So I pressed on and found a door inside this place. The keeper behind it lacked any answers I was looking for. He simply joined the count for the day.

After that, I was lured on for a while until I went deep underground. I went down what felt like a dozen staircases in a crypt full of spiders. It was rather damp and full of cobwebs. I thought no one had been there for years.

This is when I took a slumber for the day. I was tired, covered in who knows what. I could hardly cast another totem spell to keep going. It was, after all, a very dark place and I had no issues falling asleep.

Well, this wraps up my final day of the SSF Hardcore race. I thought I would be a bit different from my other 2 days and make this one a bit more of a narrative. From the last time I looked at how everyone was doing, I lost by a mile and then some.

I had lots of fun. Since my guy is still alive I might just go for broke and make a day 4 when I find some time. For now, I’ll wait for the final score to come in before getting him killed!

I hope everyone had a great time and thanks for reading. While my others days were not written as a narrative and perhaps a bit more boring. They go into more of my thought process in how I approached things.