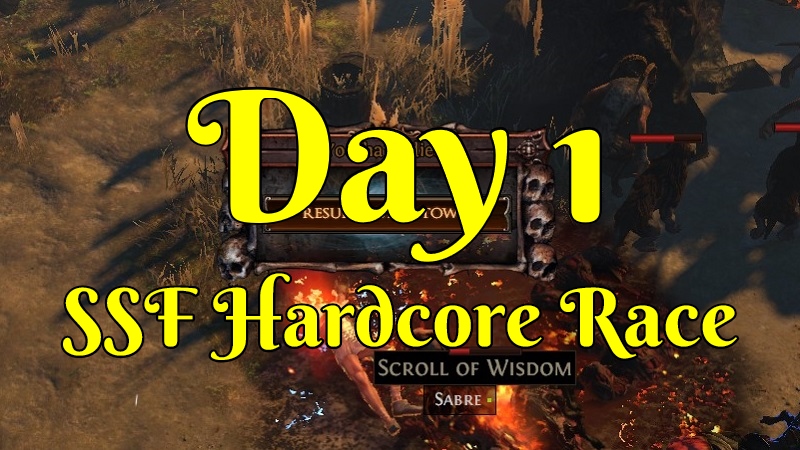 The first day I did not set the pace I wanted. I had quite some time warming back up to Path of Exile and doing so in hardcore where death is permanent was very unforgiving. As such things went slower than expected and time was lost due to getting killed more than once.

A couple of hours before the race even started I did my final check up on making sure I had a path laid out in the passive skill tree I wanted to go for. Some notes to myself to keep an eye on crafting upgrades and making sure I did not press on to fast.

This time around the Poecomp is not only done in hardcore but also in Solo Self Found (SSF). Which adds an extra level of difficulty. As you can no longer trade with other players. It is up to you to find or craft all the gear you need and progress that way. No joining groups or having someone feed you items. Everything is on a rather fair playing ground. There is no getting lucky and looking some nic currency in day 1 to buy everything you need to spring past everyone else. It comes down to risk and when you want to take it. 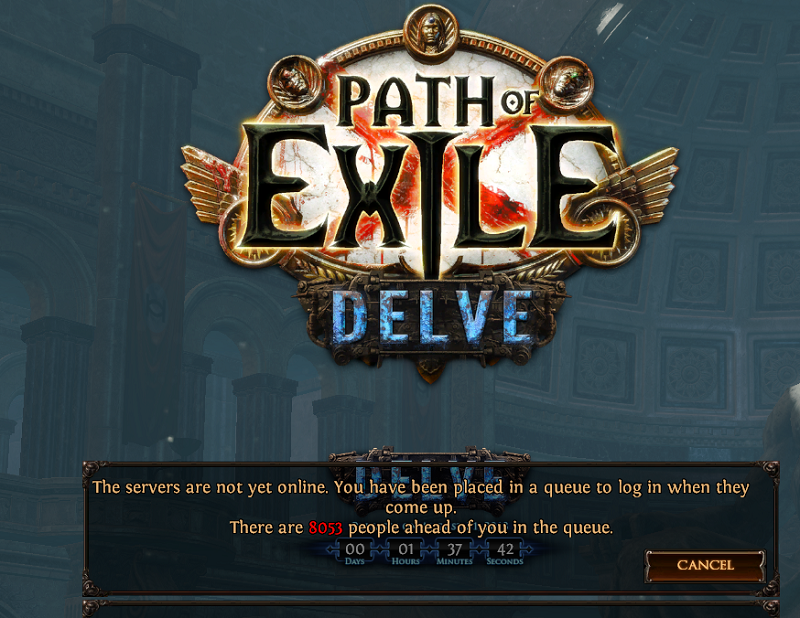 Here proof of my commitment to being first! Well ok 8,053rd. Thankfully there were no major updates or server issues getting in at this league start. I updated to the patch hours ahead of time. I only had to show up an hour and a half to get that far up in the line.

Still by the time I landed some guy was already level 3! I even had a name ready to go to be copy/pasted in and the class I wanted to play. I’m not quite sure what kind of witchcraft that kind of people possesses but good on someone being Mr. Speed 10,000.

Not So Mighty Deaths

So far I’ve had two deaths. They were nothing major and in fact quite easy to recover from. While I wanted to call myself something like HappyTimeMurders along with the required name and including my own it was a bit too long. So he was just simply named HappyTime DED(dead). And he for sure lived up to that name.

The first death occurred at level 10. I noticed I was a little ahead of the zone then I wanted to be. As such, I started to kill packs instead of rushing past them. It was a rather dense area which was perfect for getting some area of effect kills out using Freezing Pulse skill. That was until I had become surrounded by several named packs and they had some nasty mod on them. I was unable to escape and my flasks were not able to keep up on healing.

Since I do not believe in using a log out macro like many hardcore players in Path of Exile use. I knew I was dead if I did not open up a portal in time and click it. It opened and I was dead! I got greedy and mistakes were made.

The second death happened at only at level 2. The first couple of levels in this game are always rather rippy. You lack anything to really save you included a portal to escape. So missing timing an attack and getting freeze slowed while having a large pack of monsters around you is certain death.

I wanted to make up some time and so I rushed in looking for the quest monster to take down to get past this part of the game. While also trying to keep up with what was going on in discord! Needless to say, playing on hardcore and reading discord do not mix well. I just laughed made a comment on Steemit and then I was on my way to making my third toon.

If you are going play hardcore you need to just get right back in. Otherwise, you will have a bad time and not want to try again. 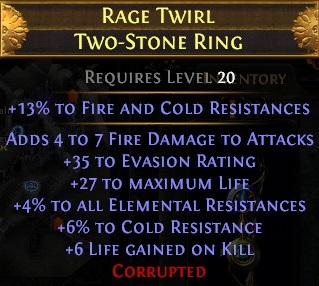 Since this is SSF you need to ask yourself “when should I spend currency to craft gear? If you do it too early and don’t loot enough as it drops over the long term you could end up with some really bad gear you can’t craft into something better. If you wait too long you could get killed being under geared. It is a rather tricky task to think about.

My first place is always getting better two-stone rings. They come with at least double resistance and if you luck out some life on them as well. I bought some normal rings for my lowest resistance that I needed off a vendor and spent some currency to upgrade them.

The screenshot is the better of the two. After I rolled some life and that extra cold resistance I gambled. I know corrupting an item can really mess it up and break thing. Sometimes you just have to go for it. I ended up getting +4 all resistances and +6 life gained on a kill from that risk. While it’s not the best thing ever. it really is amazing for my level. Life on kill can be a big life safer early on in the game.

The other item I made sure to upgrade where my flasks. Most importantly was to have removed bleed on one of them. Nothing will kill you quicker then bleeding to death in this game. Even more so if you don’t notice in time and are unable to out heal it or port to town to remove it. I always make sure to have at least one of these mods. I also happened to get remove shock on another one. Which was ok I prefer to freeze. 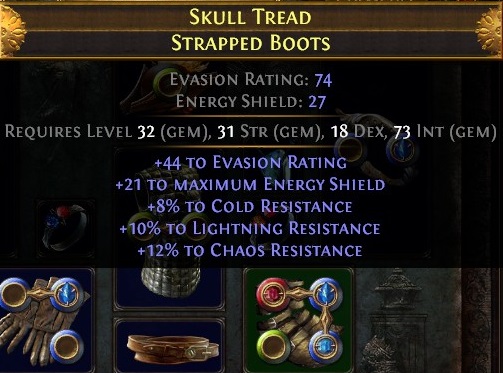 I also took some risks at getting more links on an item I could use to socket more gems into. I got a 3 link item out of the deal. Which is now running my new main skill set up from. I just switch over to Arc Totem as my damage was starting to not be enough with just Arc and the set up I had it in. Thankfully I unlocked the required passive skills I needed to make it very powerful and far super to my old setup.

I’m getting low on currency so I did not go for anything else for now. I already have a desire for a bigger link to run my main skill in. So I’ll be hoping for some luck and getting it as a drop.

I hope everyone is having a fun time with fewer deaths then I am! This time around I's so tired! I had some trouble writing up this day 1 overview. Maybe it will be best to not push on until I had some sleep later tonight.