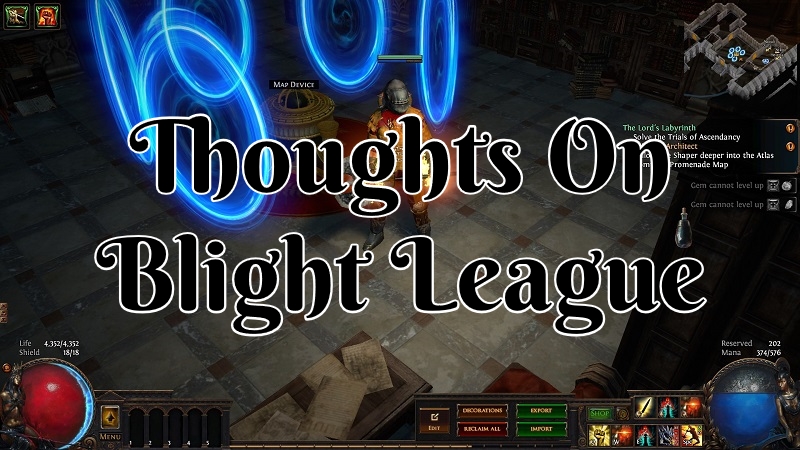 On September the 6th Path of Exile players will be playing a tower defense league. That is right, love them or hate them it's coming. Blight league will be focused on setting up defensive towers to help the player tackle the challenges that await them.

For those not in the know, one of the nice things about Path of Exile is a couple of times a year we get a new fresh league to play in that has its own theme to it. Along with that you get some rebalancing such as necromancer being changed. Then you have some other random cool stuff like this time around another set of action bars to bind skills to. This in itself is quite cool if nothing else we get some nice quality of life changes as well. 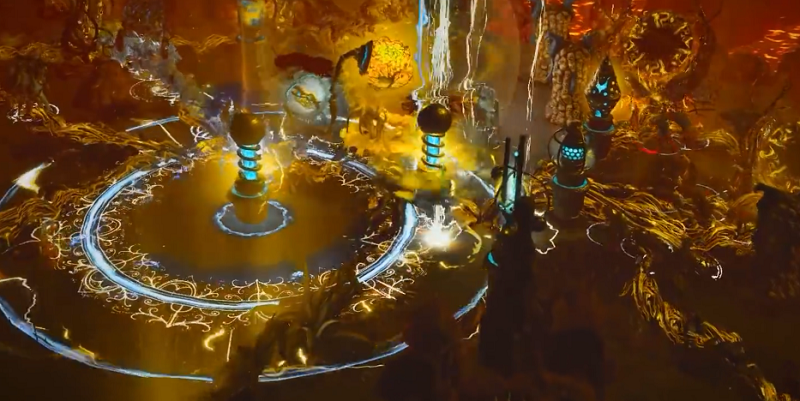 While we are still over two weeks out from the time of me writing this and more information will come the closer we get. I am excited for the direction this league looks to be heading from what I can gather. This league could possibly open up to a lot more playing styles being able to enjoy it without being frustrated by not fitting into the rushing meta. Along with some other cool stuff.

Path of Exile has always been a very fast-paced play style game. While that is not looking to change this time around where that focus is has shifted. Most of the time it’s all about movement and clear speed with you facing against a literal timer counting down. This time around you are setting up towers around you and attacking what is incoming. I hope that means there is less of a focus on fast speed running builds since your travel distance won’t be a lot in the day to day encounter of Blight. End game might be different.

There is another great thing I love to see and that appears the Blight encounters are rather localized. This is great for those who are under-geared to handle them or if they need some rebalancing of certain types. There is nothing worse when playing than getting chased and killed halfway across the zone from being hunted down by some OP killer monster. Players having some choice in wanting to run these encounter or simple sidestep them should always be the main focus. After all, these can be added to the core game after the league is over so this could be forever in the game if you love it or hate it.

I also like the lane aspect of this league from the Blights tendrils. In a lot of path leagues area of effect damage was really the only way to go. While that should more than work this time around builds that where more directional damage tended to struggle or have to put in a lot more effort. Since you will know the path the monster is taking this makes having focused damage in one direction quite the viable option.

Finally, you have player knowledge being important again this league. Since these towers we will be able to set up will have different ability working out what works best for what could be a big key to success. Some monsters, for instance, could be weak to burn damage while others not so much. This can help add a nice layer of depth to a league which can sometimes be missing when you can just brute force league mechanics or there simply is no depth to them.

Overall I think it will come down to how fast they are going make these Blight encounters be. If it’s too fast some players will be frustrated with endless failure. Meanwhile, others will get bored waiting around if it’s too slow. I can only hope you are given some decent time to set up but once you are it will just go without further delay. That would still put some pressure on the player but ensure it’s rather quick still.

With how old and in-depth Path of Exile has become over the years crafting tends to be one of those aspects that can require quite a lot of time and player focus trying to master during a league. I’m glad to see they did not go too overboard this time around. I prefer it when there is a rather low barrier to entry as there just already so many other leagues and all the crafting they have.

At the start of the league, there will be that mystery of all the different combinations that could be made with the oils and what result they give. Since there will be quite a few possible combinations to make out of the oils. I’m sure a couple of weeks in there will be lots of information to go around for those who have fallen behind to catch back upon. This gives something for those who like to be first to discover while those that don’t won’t have to burden the full cost of discovery themselves while making a profit by selling the oils.

These oils themselves will only work on jewelry such as rings and amulets. I feel the ring only granting tower bonus is going leave it rather league specific and not be the desired afterword like we have seen in the past. However the amulet granting passive skills from the skill tree sounds promising for long term usefulness down the road. This could pave the way for the developer to go about it from the point of view that Blight league focused on jewelry and another league can have its own thing as well.

There have been leagues in the past where I frankly can say while I recall the crafting I don’t remember needing anything moving forward in many builds such as bestiary. So they can sometimes just get left in the dust as yet another thing in the game that very few ever use. I’m hopeful this will be a great direction to go for the game.

When it comes to any kind of end game in leagues I prefer if it’s a tradeable item and that appears to be what we are getting. We will have maps that drop that can be used in the Atlas that will be just covered in Blight.

For those who gear up and enjoy running this leagues end game as long as the risk vs reward is worthwhile, there should be a nice supply vs demand going on. Not everyone will have the gear or even a build that will be able to run these. It’s also nice if you are successful enough in this game to just buy what is needed to face end game content.

When we have had leagues in the past like Synthesis or Betrayal where the players need to grind it out each and every time they want to face end game content. That just leads players to find the most effective and oftentimes boring way to mass grind what was required.

Another Bar For Skills

Yes! I have already dubbed this the buff bar.

While it’s not a huge quality of life change from me having to swap in and out different skills for buffing this could open up a lot more skill usage as well. Since I look like you will need to switch back and forth between the new bar I’m going assume most are not going try and fit a bunch of active skills. Instead, all passive, aruras and decently long skills can sit on that other bar. With you only needing to switch when needed. 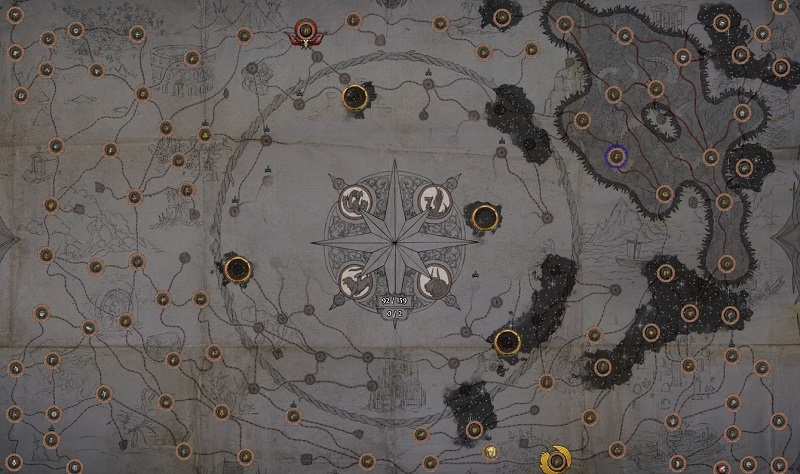 There are a bunch of other stuff I’ve not brought up these were just the most interesting to me with my thoughts on them.

I’m excited but not overhyped for the Blight League. I think it could be fun if done right and players have the choice to engage with some time to set up if needed for these encounters. The crafting element I’m more than thrilled to see and hope remains useful for years to come.

In the end, it comes down to can a long term player like myself with over 2k hours played be energized enough by the league to want to play it. So far I’m hopeful the answer is yes and I’m looking forward to it coming September the 6th for the PC. I hope for those that play on other platforms the dates are coming out soon for that release and the wait won’t be too long—cheers!

Screenshots taken and content was written by @Enjar about the game Path Of Exile.

The league release page for Blight was a reference to form my options along with over 2k hours of game play experience.