For the day I went around doing a bunch of things little things here and there. It was a rather lazy day as I had been going rather hard in Path of Exile (PoE) and I did not want to push myself too hard. I ran more maps, did some delving, and finished off with some Heists. I’ve reached a point where I was dropping the upper limit of red tier maps I could at the time. I needed more Watchstones so I could increase more regions and to a higher tier. I had been avoiding speaking with an NPC named Kirac to avoid being told the whereabouts of encounters. After a bit of a chat, it was time to slay bosses for more Watchstones. While my build is quite tanky and can withstand a lot. It struggles with mana so these fights ended up dragging out a lot longer than I had wished. Thankfully I did not get killed. They were just long and boring waiting for more mana to rain down large amounts of damage. 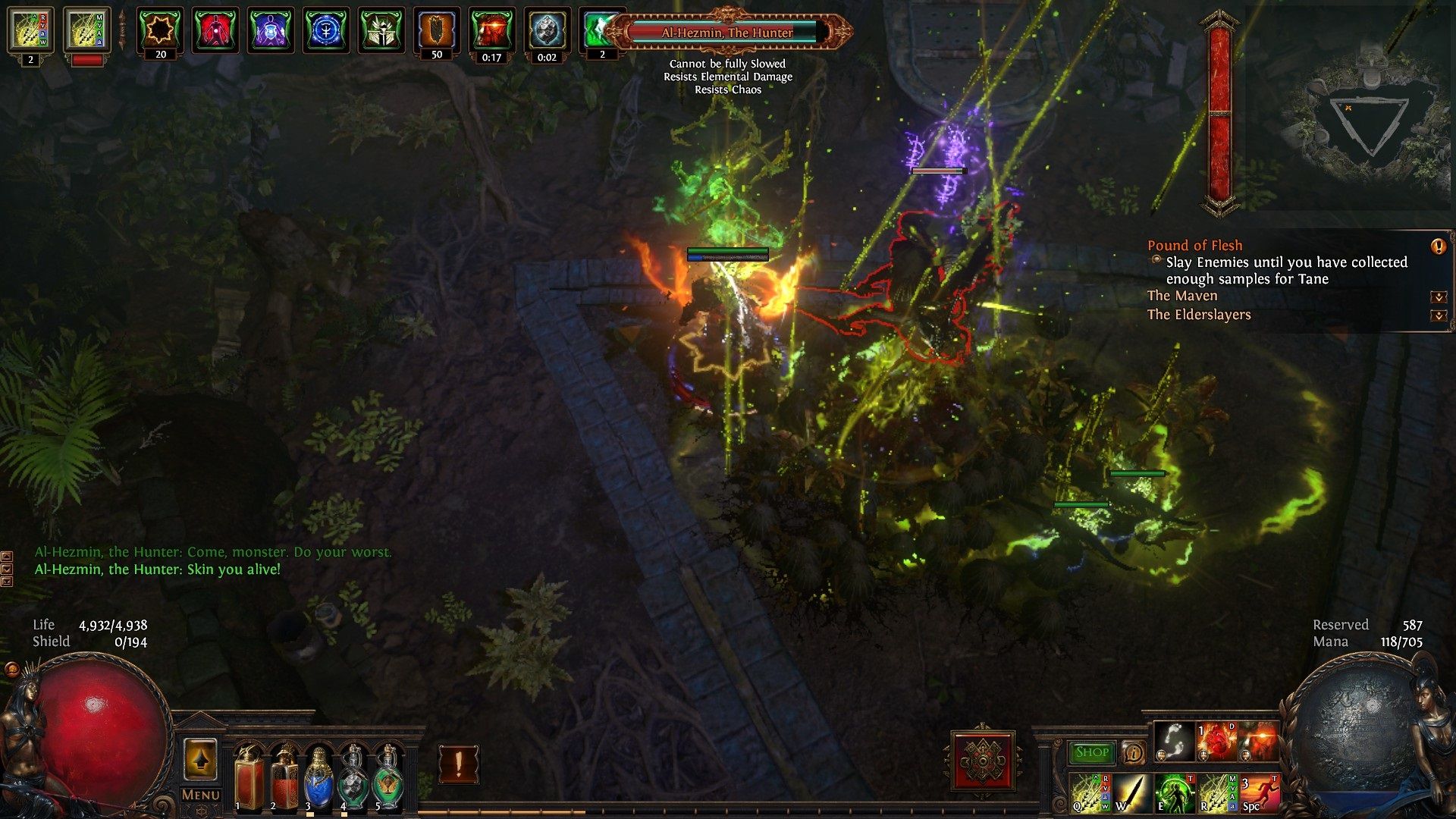 Hopefully, in the future, I have found a solution to my mana issues somewhat. That is however for another day as I ended up struggling through a few fights. In the end, I increased my awaking bonus from three to five. I don’t quite recall how many I had to slay or Watchstones I placed.

I ended up running all the Tier 10, 11, and 12 maps I had at the time. My character is nearing level 90 with the levels slowing down by a lot. Every death is a bigger and bigger experience loss and setback. 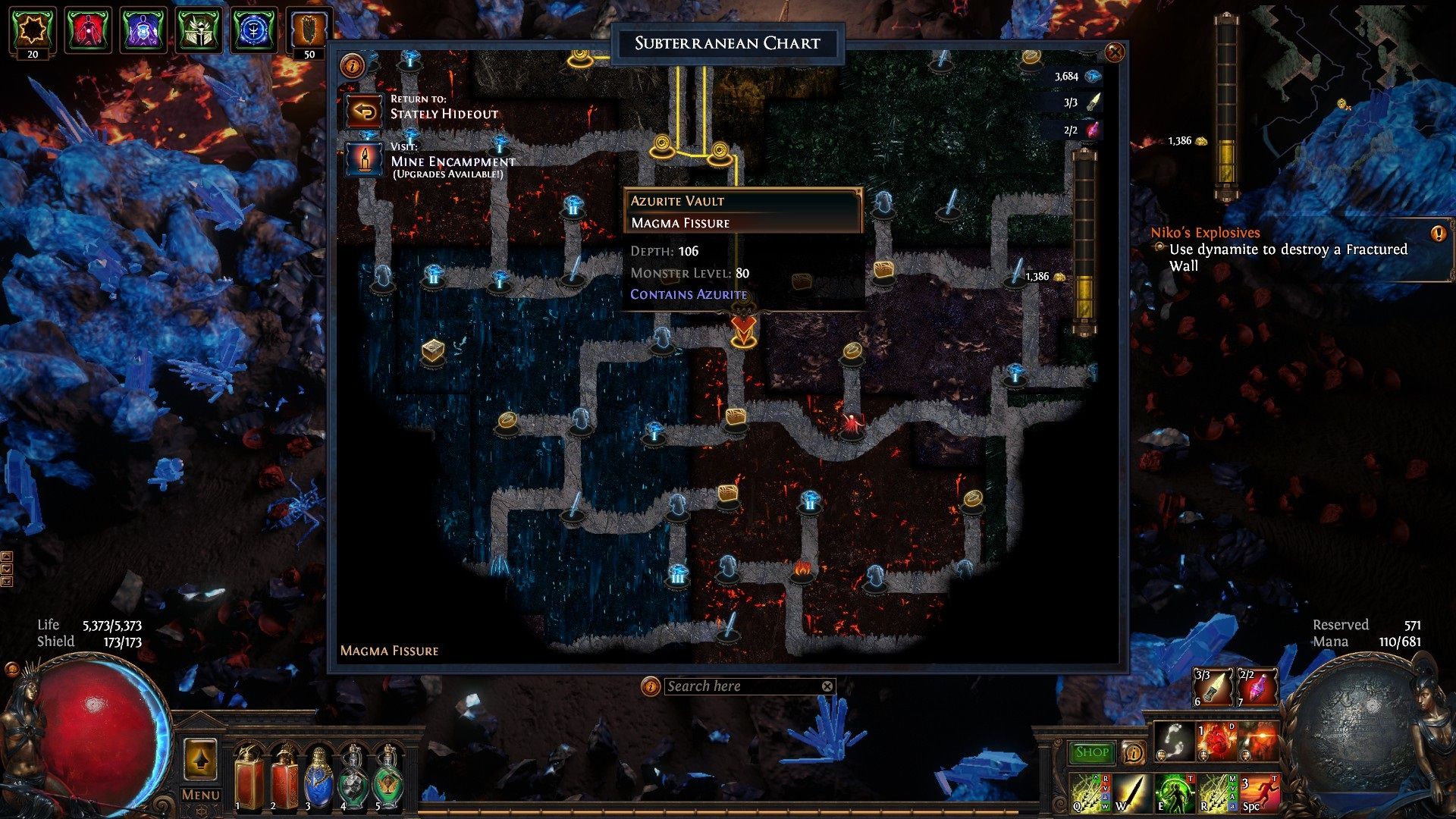 Requiring more maps I decided it was time to burn some Sulphite I had been stocking up on by exploring more of delve. The hope was to find a decently sized city at a deep enough depth that I would get a lot more maps I could use to run. 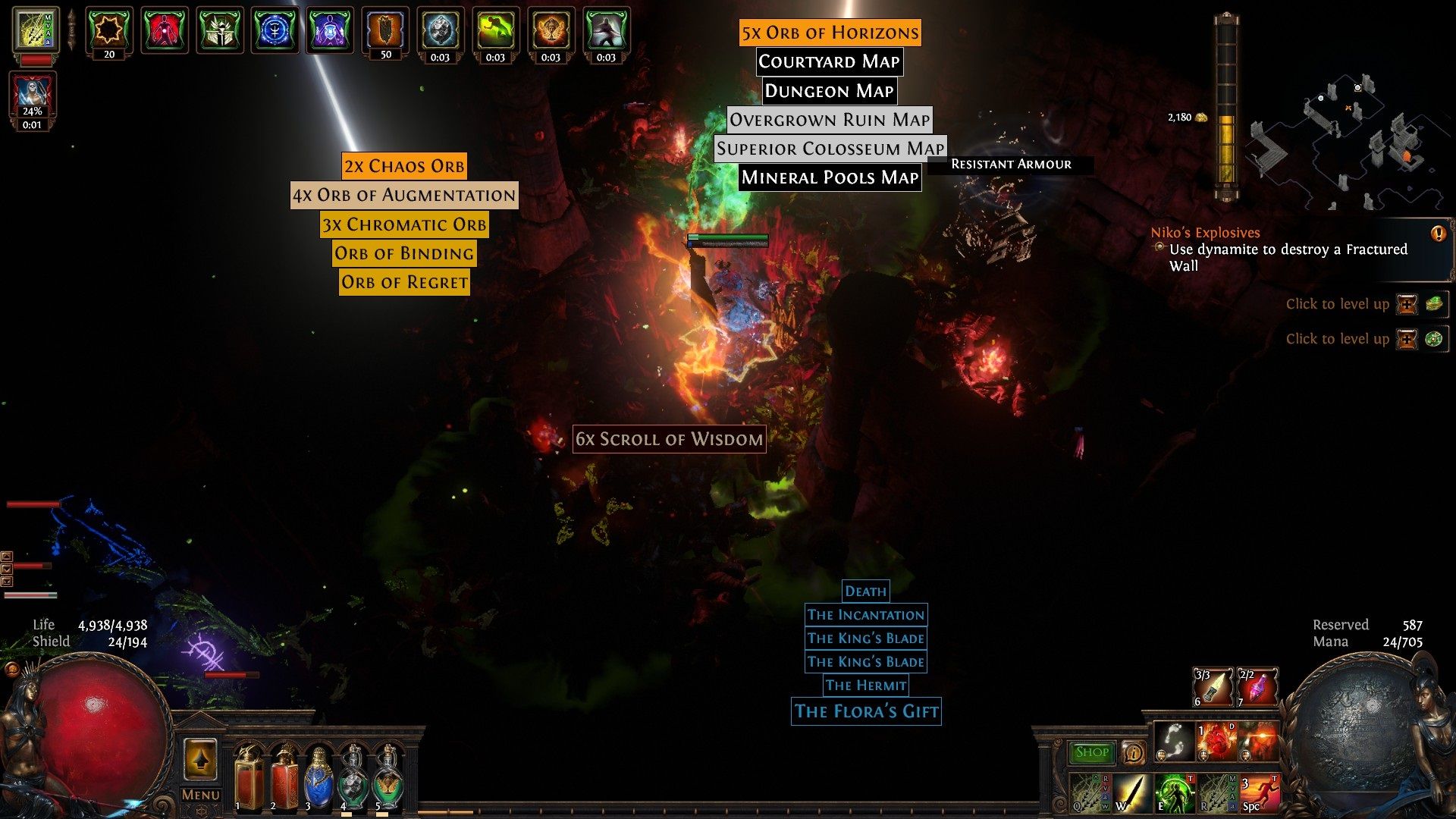 I did end up finding a one-chamber city. It was a bit of a disappointment that at the depths I was at it could be so small. Even worse only one of the two chest rooms had anything worth looting in it. My item filter did not show anything dropped in the other room as it was all junk.

In the end, I made it to 106th depth without finding another city. At least I gather some currency, had a random map or two drops, and farmed lots of Azurite to keep upgrading my Delve stats. It could have gone better but I do have lots of darkness to explore and walls to blow open in the future that I’m rather looking forward to doing.

I’m not yet at a depth where I feel there is a high risk of getting killed. As such I will more than likely keep pushing to go deeper when I get more Sulphite. At some point, I’ll start going sideways to explore and hopefully find some interesting things to clear towards. 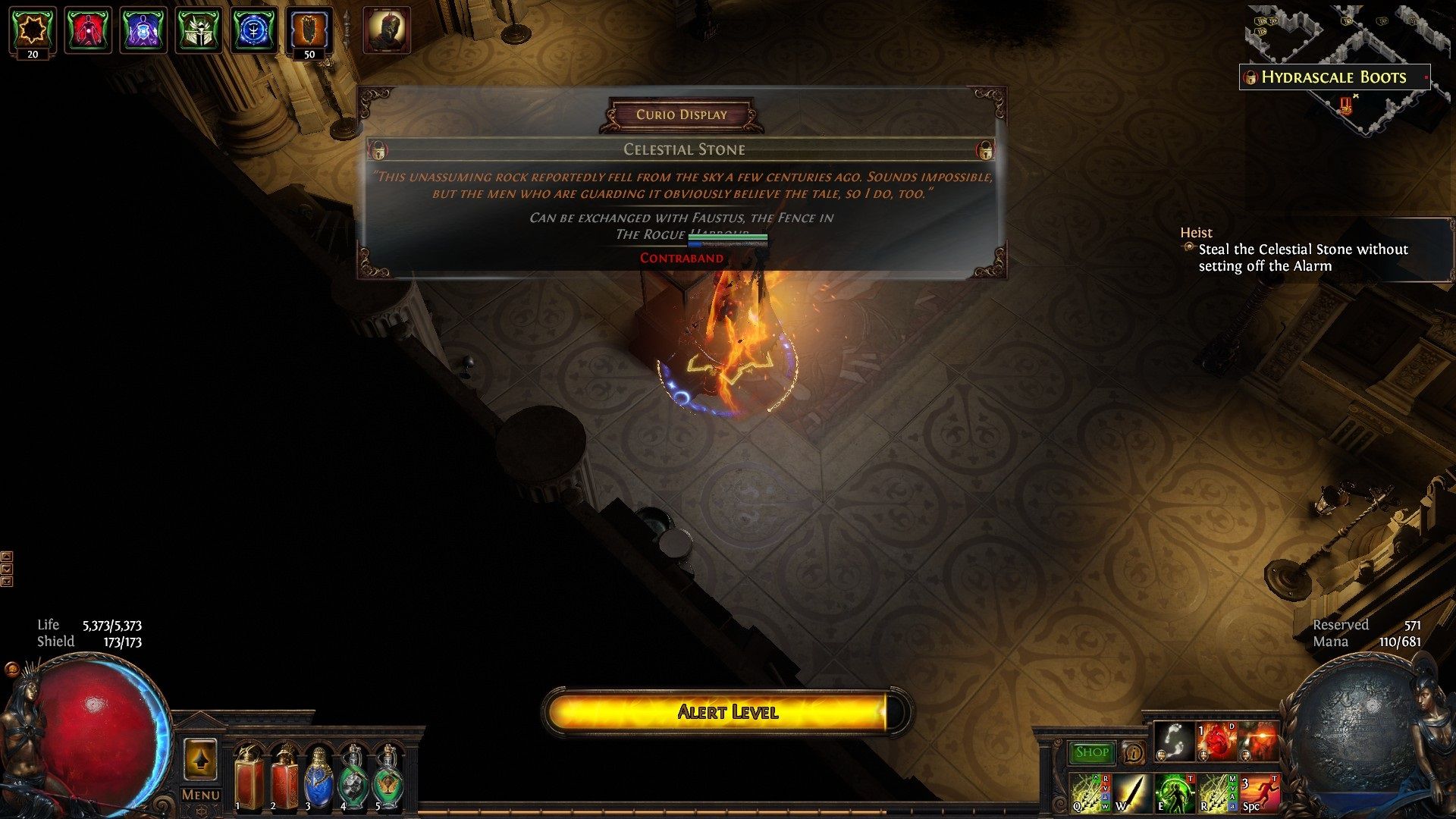 I ended the night running around a dozen Heists to keep leveling up my NPCs. While the loot has been ok. My real focus is being able to run a bunch of grand heists I have been saving up. Those are supposed to be where the money is at.

I feel I’ve learned enough about Heist to no longer feel like I need to be in such a rush. I sometimes take my time and will even run back to steal something before hitting the main target and triggering the lockdown.

One of my NPCs even has an item now that buys me a quick 15 seconds before the place goes into lockdown. I have not fully exploited his ability just yet to their full extent. He can even open one chest after the alarm has been triggered. Making me think a little harder about the route I take and what items I choose to steal upfront. While I did not mention it above I had a rather interesting thing occur. While it was not my biggest loot of all time for me it was for this league. I also managed to get myself a decent upgrade.

The Nurse is quite an interesting divination card drop. It has some value behind it as eight of them turn into one The Doctor card. Eight of The Doctor cards then turn in for one of the most insane items in the game a Headhunter. I have never had a Headhunter and I doubt I ever will.

While there is a bit of a markup between an actual Headhunter and just a single Nurse card. It was a nice boost to my currency stockpile after I got a sale for it. Some players just go around buying up the lower cards and combining them to make a little profit. As such sales tend to be somewhat quick but you never hope to be quick making you think you listed for too cheap.

Most times when I look up an amulet like this on the market they are going for around 2 exalts. This amulet at the time of purchase did not have “allocate corruption.” It was selling for around two-thirds the price cheaper as well. For the costs of just 10 Chaos Orbs, I bought the oils needed and created my own allocate corruption onto the item myself. Not a bad deal. I seem to have a decent little loop of things to do now in PoE. I run my maps till I run out of the ones I want to do. I hopefully have some Sulphite to go delving for more. I then go do some Heists or other things.

With them boosting the rewards from interacting with Scourge league I will start putting more of a focus on that. I already have my first Scourge map leveling up in my blood curable. It’s a bit of a lower one as it requires less experience to level. I also just wanted to see how hard one was to run. I don’t have the quickest build so they can take a bit longer to add scourge levels to them than other builds.