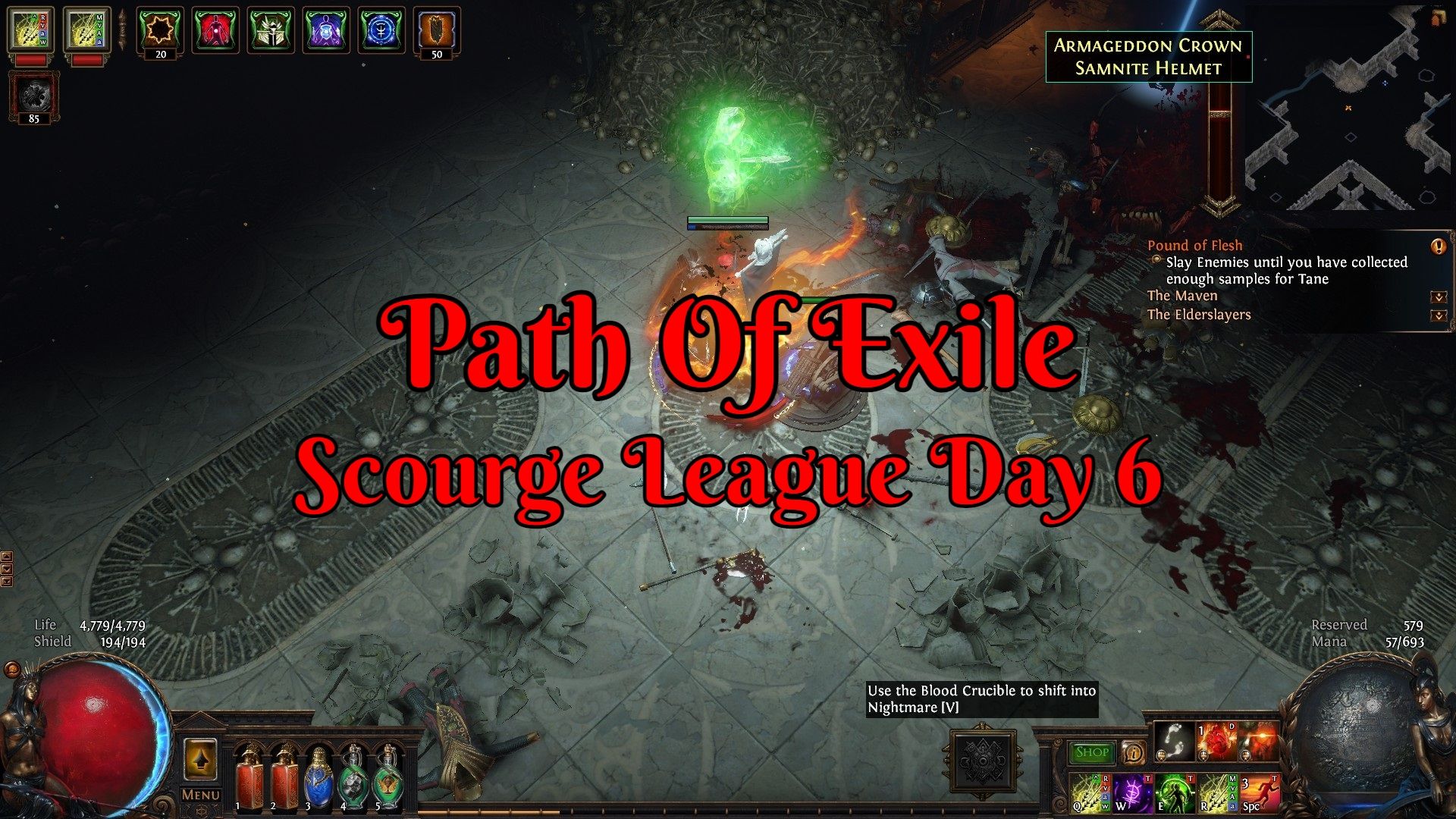 The main objective for this day was to increase my Atlas bonus by running maps I had yet to complete. While I did a few other things like more Delve and Heist they were more or less the same as the previous days.

Speaking of the previous day. I had run all the maps I had yet to complete the bonus on before. This meant I was starting the day with no new maps to work on my main objective.

Both good news and bad news I had a major way of getting new maps still to use up that had been collecting over the past several days. Zana an NPC you unlock I believe after running a tier 3 map sells a random assortment of maps for you to purchase. While they are not always new they sometimes can be.

I had forgotten how to reset her shopkeeper inventory. I kept thinking the old way years ago where her inventory would auto-reset every day at a certain time. After that did not happen for a couple of days I was lucky enough to recall I had not been running her Atlas missions. This is how you reset her inventory now a day.

I’m not quite sure if I somewhat screwed myself over by not making sure to run all missions I had. I know she has a daily but I’m not sure if it auto collected them if they went unused or if I missed out. I do know I had a few to run as you also get at least one for running maps for the day. 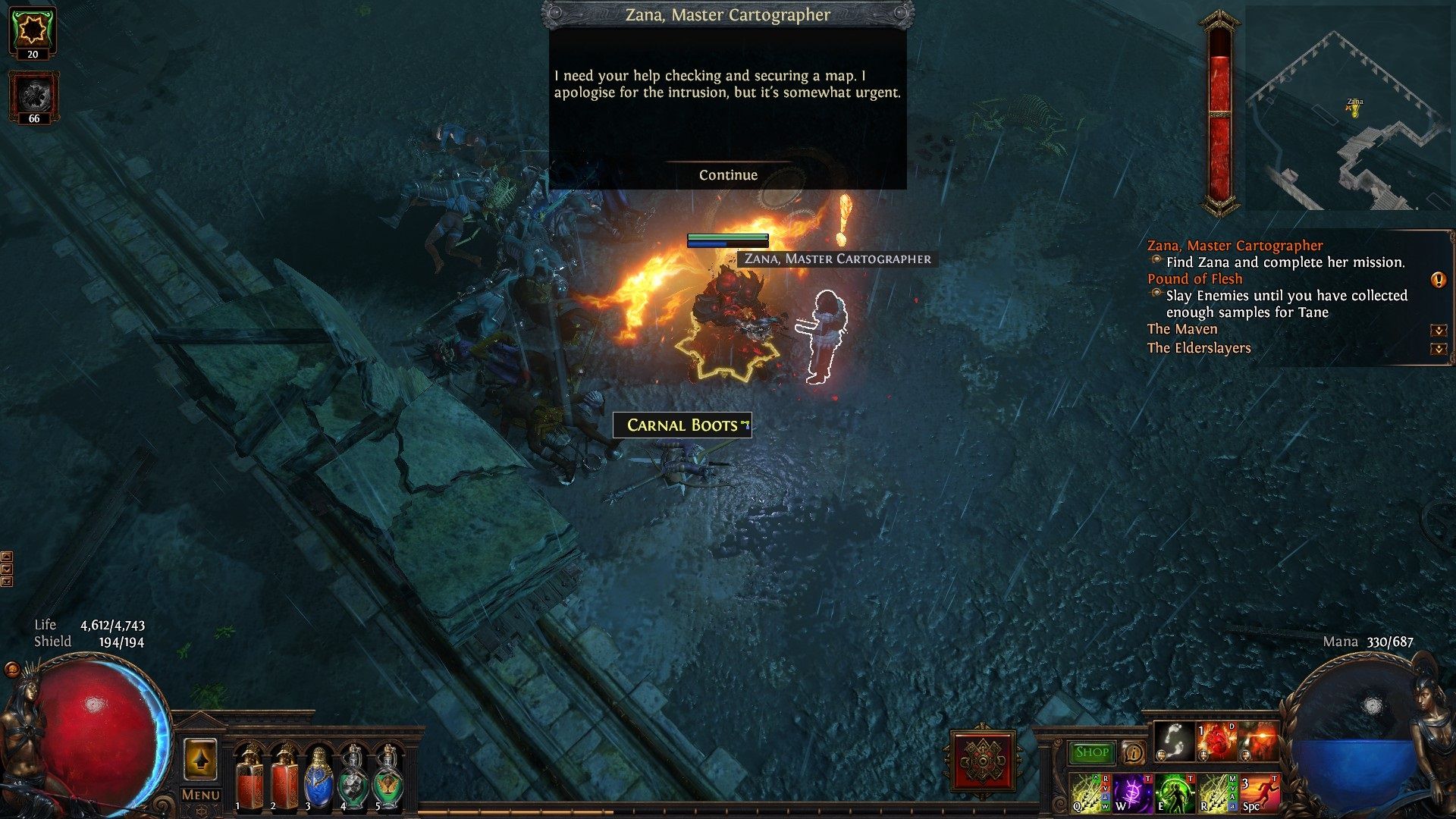 This ended up being really good news. I could take any map but more times than not it was one I had yet to complete. I would start an Atlas mission with her that would reset her inventory. I would then run that map and find her in it to hopefully get yet another map to run within that map of one I had yet to complete. Nothing like going out with one map and coming back finishing two. With hopes of even more dropping that I did not have yet.

While at the start I was just buying the maps I was missing from her. I soon realized and I have no idea when it was changed that they reworked the map three to one vendor turn in. Where you turn three maps to a vendor for one tier higher. Instead of it being the next connecting map it could be any map within that region of the map that was one tier higher. 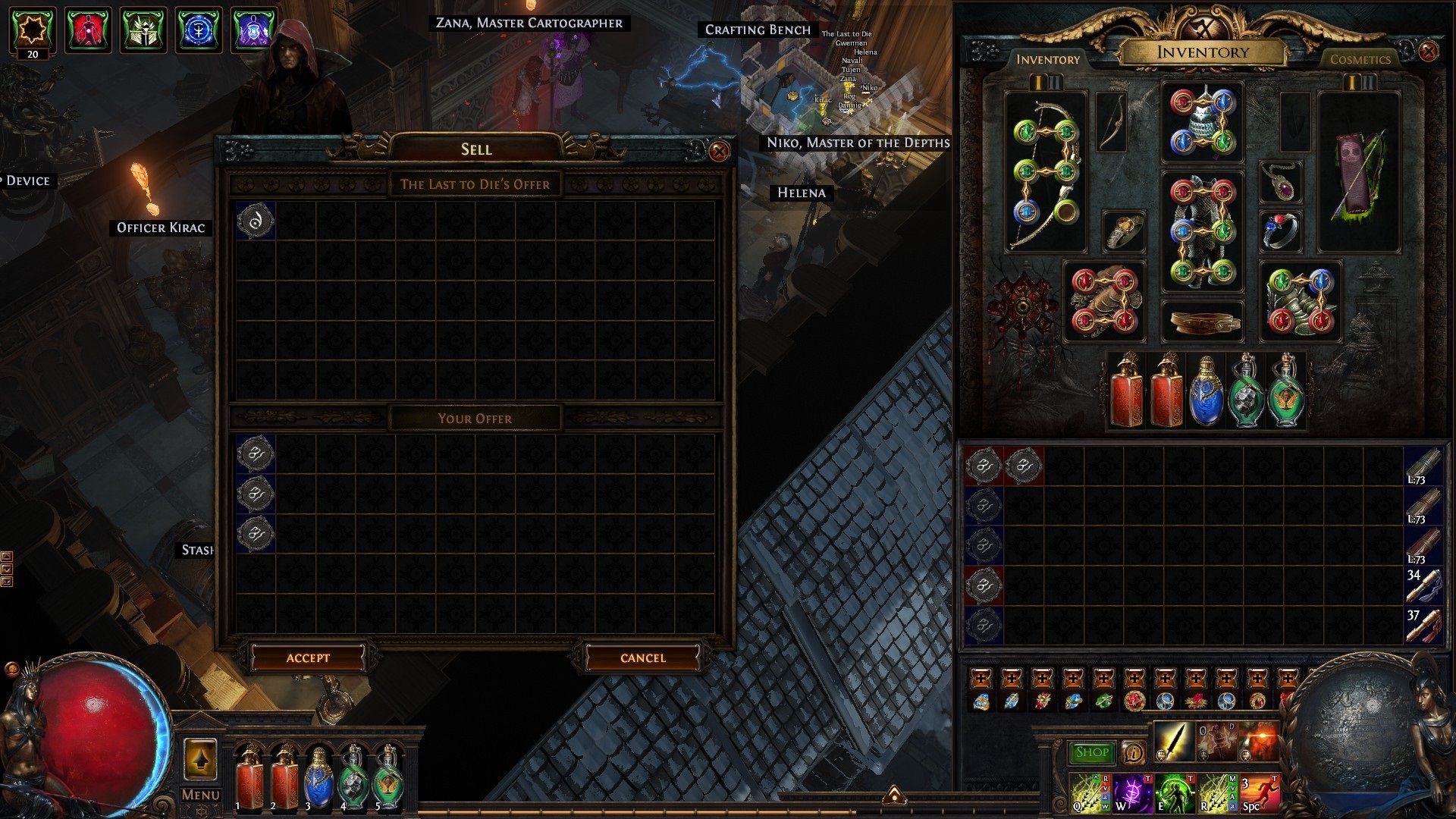 The catch is while we don’t see it each map has a unique ID in some way it appears. The same combination of the same maps will always yield the same tier higher map. This meant if I only had three of the same map I was not always getting an option for one I had yet to run. I also had a lot of lower maps since I was running quite a few of them that I had 4 or even 6 of. This allowed me to swap them in and out of the trade window till I got the one-tier higher of the map I was looking for. I’m rather thrilled with this change whenever they made it I think it’s been around for a while. It makes acquiring maps I would have been able to get before possible.

Excluding unique maps, as they are costly and hard to acquire. I’ve completed the majority of maps up to tier 5. I’m just missing Mineral Pools and Vault. I’m also starting to get a decent amount of tier 5 and up maps.

I feel I’m about ready to work on unlocking more Watch Stones and increasing the levels of my map. That will also unlock a few maps that remain hidden as they cannot drop as of yet from my understanding.

The highest map I’ve now run is tier 7. They did not seem to be much of a challenge which I’m happy they were not. I still have quite a long way to go but I feel I’m in a decent enough position that I should be able to start pushing on higher tiers for maps.

At some point, I’ll need to make some decent armor upgrades. I ended up generating around 2 Exalts worth of currency for the day. While I did not have any drop as raw currency. I had a few different ones I upscale into an Exalt and quite a few Chaos Orbs.

I also lowered the price of the couple of items I have listed for sale. I’m not one of those people who list things below 1 Chaos. I’d rather be on a map or doing something else instead of always having to stop to sell something for so low. I ended the day with around 50 Chaos worth of sales. I ended up increasing my Atlas bonus from 32 to 58. This for me with how much I’ve struggled in other leagues getting maps I was missing is a decent increase. It was nice not having to spend hours spamming sellers trying to buy missing maps. As they rarely reply as they are either are out or only looking to make bulk sales.