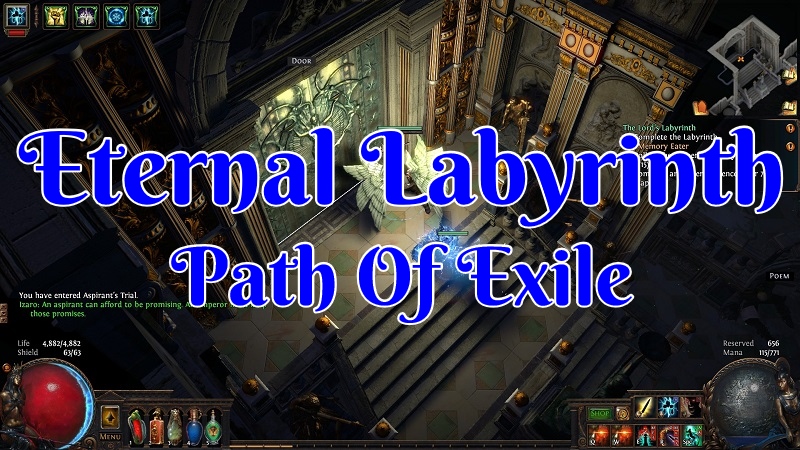 I’ve completed my Eternal Labyrinth and that is quite a big goal to reach in any league for myself.

It has finally allowed me to get my last ascension passives Fortitude. While you can get this as a skill gem I now have it permanently on my Champion and all his other ascension passives are based on it being active. With him getting a bonus when it is like 1k armor, attack speed, melee damage and so on. When it has been up the Syndicate has been less rippy so now always having it active will keep me alive since I don’t have to rush in and try to get it to be up for a few seconds at a time. 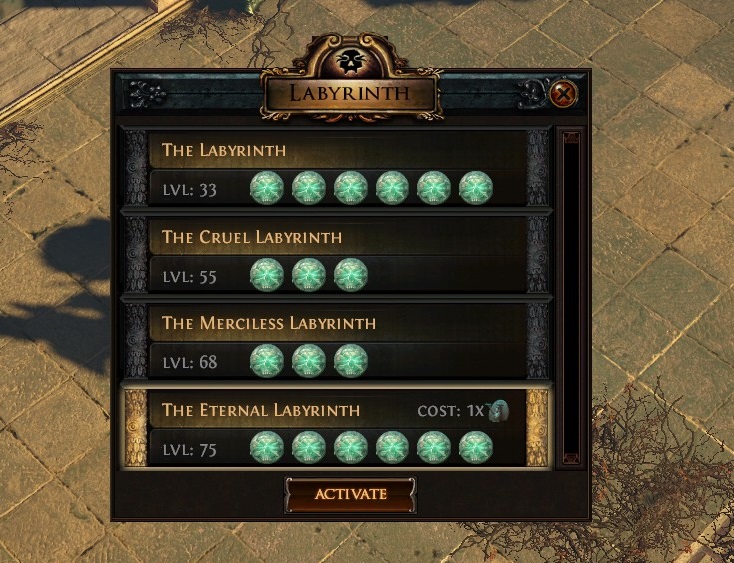 Unlike the other labyrinths, this one requires a key called Offering To The Goddess. At the time they were worth around 5 Chaos Orbs each. You get them from doing the different trails. Unlike the trials before it, they are full zones filled with traps and all sorts of things you need to get past. Much harder to get the requirements to try this one out then the rest. Even more so since they are random. I lucked out this time around and found them all rather quickly. I talked about it in more detail a couple of leagues back in The Eternal Labyrinth when I for the first time ever completed it.

I did fail my first attempt and gained a couple more levels to make it easier on myself. Since I did get one shotted by Izaro on my first encounter. After that, it was a rather easy run. 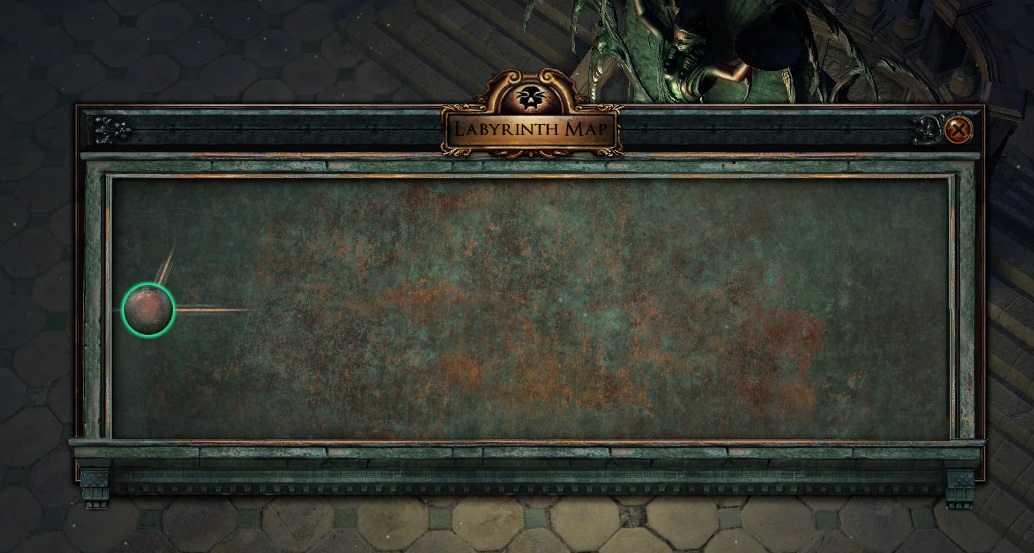 This Labyrinth is the longest and has the hardest traps and encounter out of all of them. There are quite more rooms to go through and if you die you get to start all over again on it. Every hour the layout changes so you always want to start them off at a fresh hour in case you need to rerun it again you have an idea what to expect. 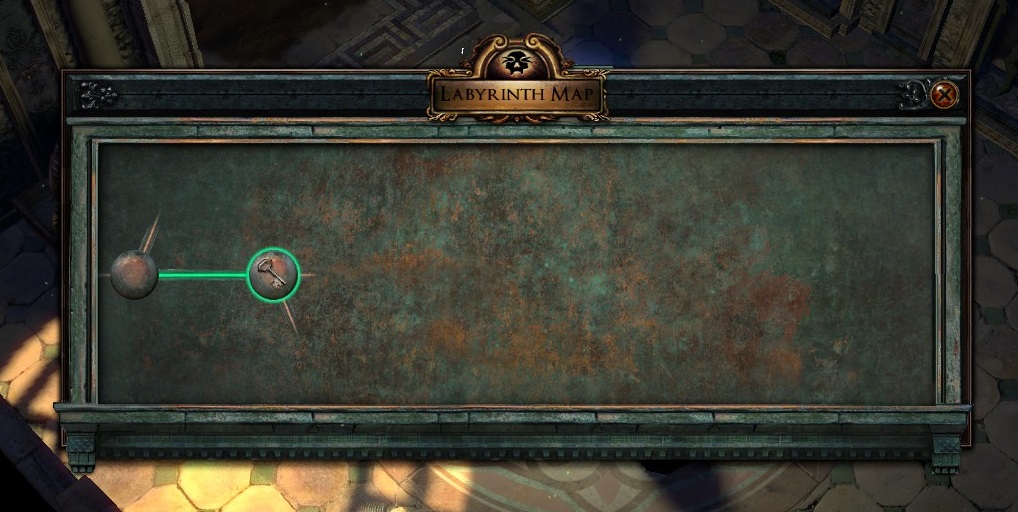 The first couple of rooms are nothing hard. You even don’t have many paths to search down. I always choose to go the path that takes to the further East. That way I know I’m progressing. I did not spend time looking for the Silver Key in this room. I just wanted to get one done with. 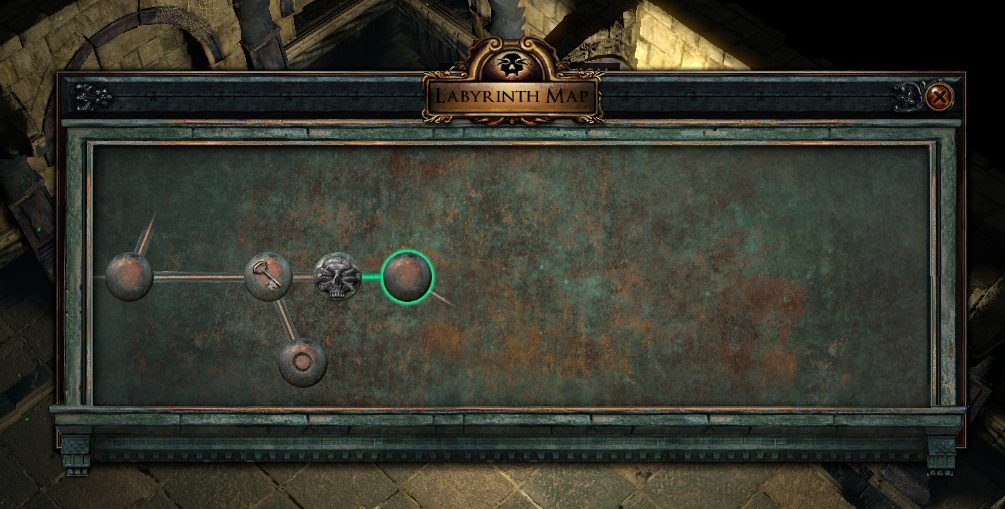 I did not get any action screenshots of my first encounter with Izaro. I had to run around and click on statues while also dealing with him and trying to finish him off with them all deactivated. Otherwise, he would power up and gain that statues powers later on. I just ran around clockwise as fast as I could then busted out damage and then repeated. As such, I had no time to stop for a photo shoot and a selfie!

Now the rooms really start to get harder. So far I’ve not come to many forks in the road and running around in each of the zones trying to find the exit with the longest East progression I could find. 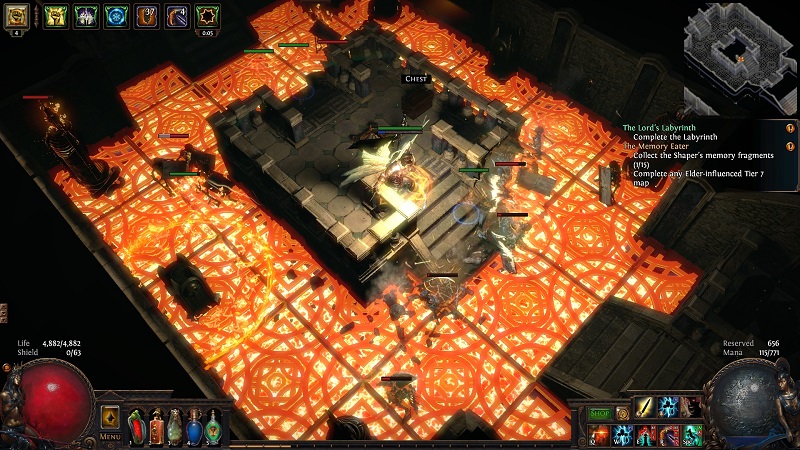 I happened to run into the Silver Key while trying to find the best path so I looted it. While they can be quite deadly to get to. It really was not too bad this time around. While with fire firetraps I’ve learned not to press my luck this one was a rather short one so I just went for it. 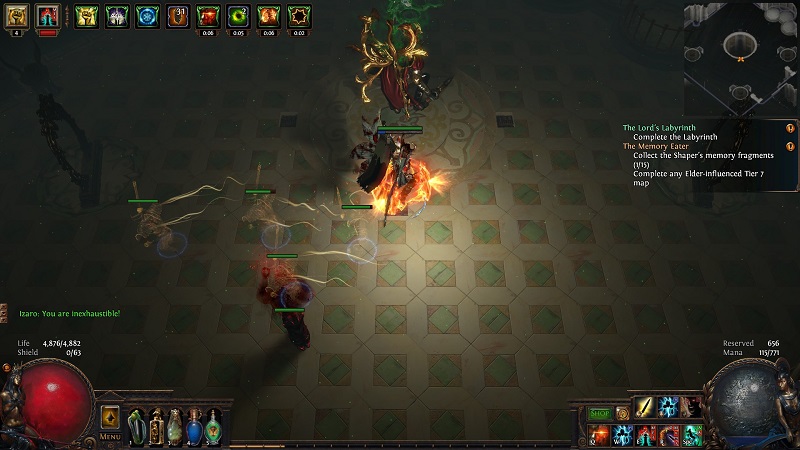 This was my second encounter with Izaro. This time around three portals rose from the ground and I only had to take them out with damage before finishing him off. So, none of the powers from them transfer to the final encounter. Rather easy. He did land a good hit on me. The trick is to lead him off to another corner of the room then make a mad dash towards the portal and get some hits in before he has time to get back to you. Then you repeat this process until they are all taken out. Then you send him on his way! 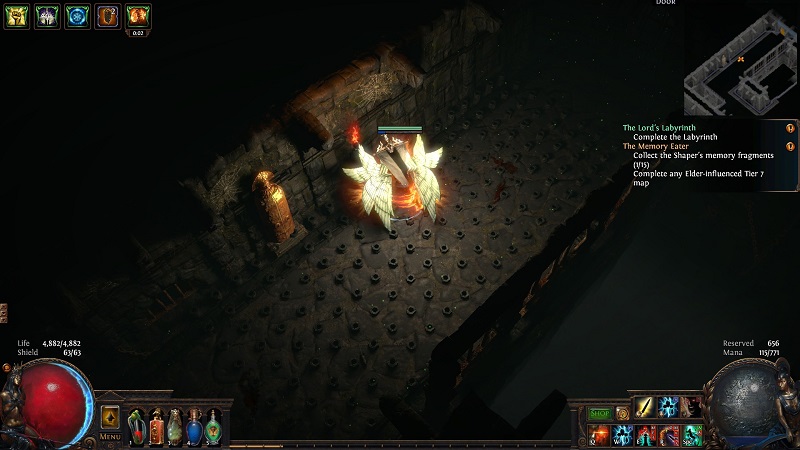 This was one of the harder traps I ran into. It was a long hallway filled with timed trapped spikes. Once you got into the next room they were spinning blades and other moving traps. Once you have committed you to have to commit and just go for it. You don’ always have time to stop and think out your next move. Whatever reaction skills you have gained from playing this game is what you have to count on when making split-second choices. Otherwise, you get killed waiting around and running out of charges on your life flask.

This was a really simple layout I could not believe my luck. I was not having to find gold keys to gold doors to keep progressing. The traps were not too hard. I simply lucked out and got an easy layout.

While I could have used my key on the silver door in here for a chest I did not want risk going for it. I was so close to the end it is silly to get killed now over what more times than is not that great loot always. As such, elected to save it towards the end when I was in the treasure room. 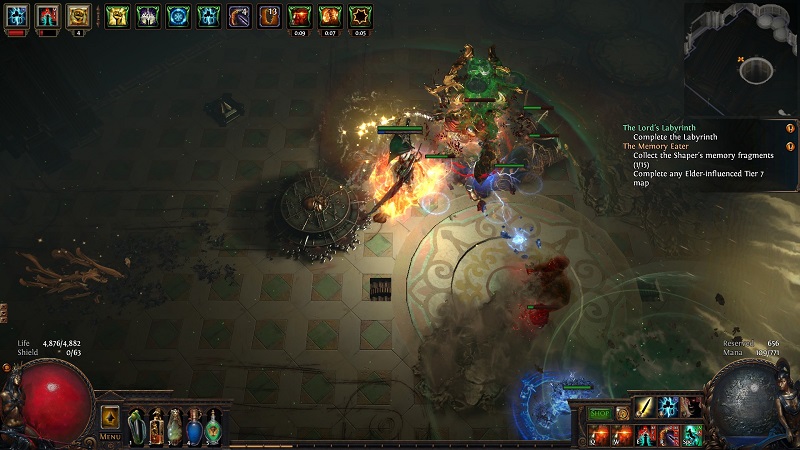 I did a good job on the encounter leading up to this point he was not overpowered with a bunch of buffs. I don’t think he even had a single one of them. When that happens the final fight with Izaro is quite simple as you already passed the skill and gear checks along the way.

As always on my first successful runs when it comes to the labyrinth. I do not go out of my way for extra loot or doing puzzles. I just go for it. I rather have first the passive skills than anything else I could get inside. You can always go back and run it again for loot. With it being easier now with those new passives. 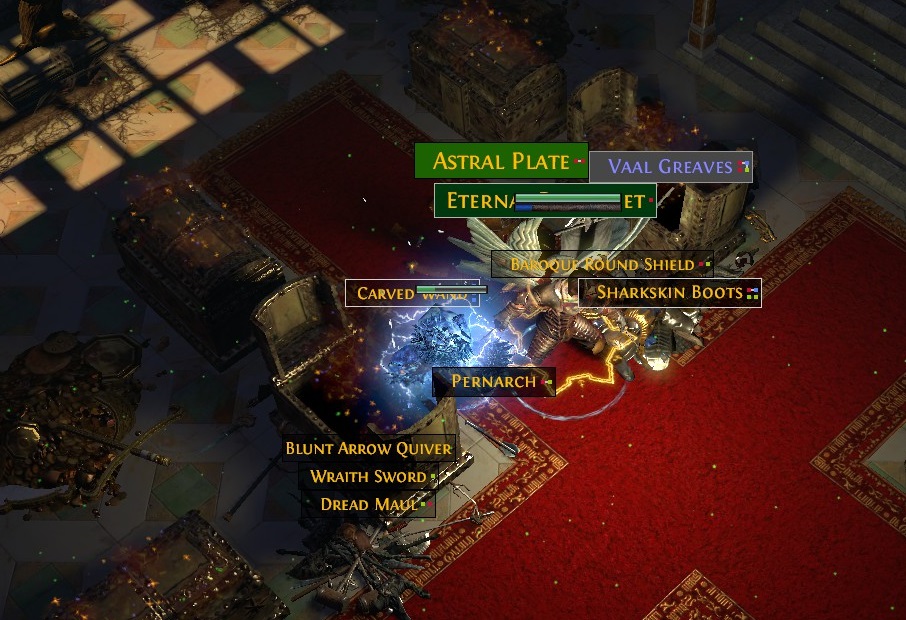 It was easy and I had a great time. Loot was not amazing. I had a 6-link which made this run easy. My first attempt I only had a 5-link and was lacking survivability and the damage output to make it. Looking forward to doing this on my Necromancer soon enough! He can’t take hits as well but he can just sit off in the background while his minions do all the work.