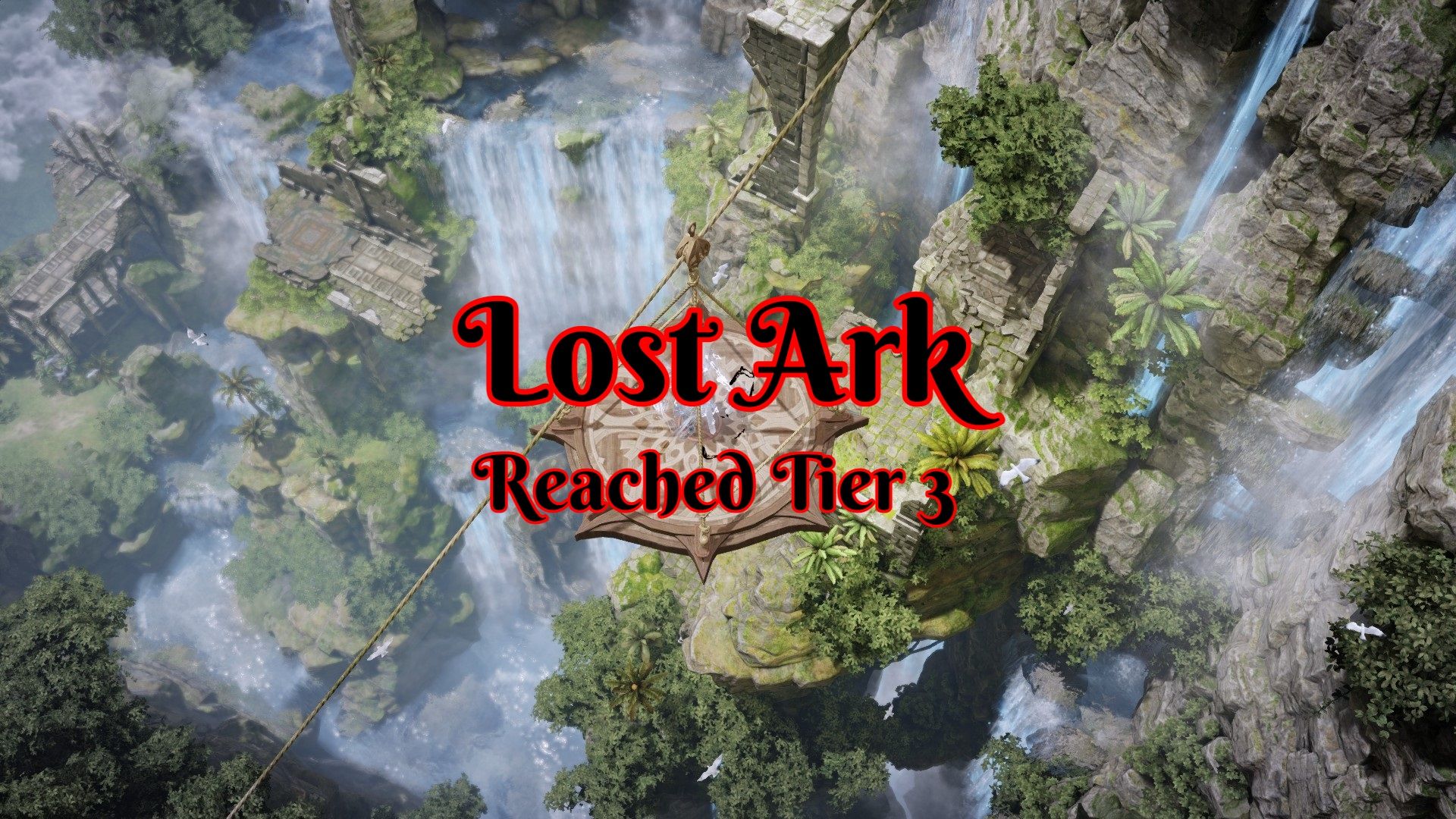 I just reached tier 3 in Lost Ark and finished the last continent that is out for now in the western markets. Despite all of that it still feels like I have a lot of things to get through in Lost Ark itself. Some things I’ve been keeping up the best I can and other things I have been skipping since I don’t have the time.

While I just got into tier 3 I feel like those are just the starting steps into the tier itself. The best I can tell there are a couple of gear level checks before further all of the tier 3 content opened up and I’m finally able to do everything in the game if I choose.

I have been playing the game for about 24 days now and I’m still enjoying every moment of it. When looking deeper into the player base for this game it seems some have way overplayed this game and are not happy that more content has not been released yet.

As someone who started this game about a month after the release into the western and other markets, I still have way too many things to even think about and need to do. I’m rather happy there is not even further content being tossed in.

Those 1% top players in games you are just never going to keep happy no matter what. There is no such thing as to much content and I think it’s healthy for games to try and not cater to those kinds of players.

Judging by some of the achievements I’ve gotten in this game I’m starting to near the 4% or so of the player base. That is at least according to my Steam achievements and how many of the players have acquired certain achievements that you should get by just progressing further into the game. 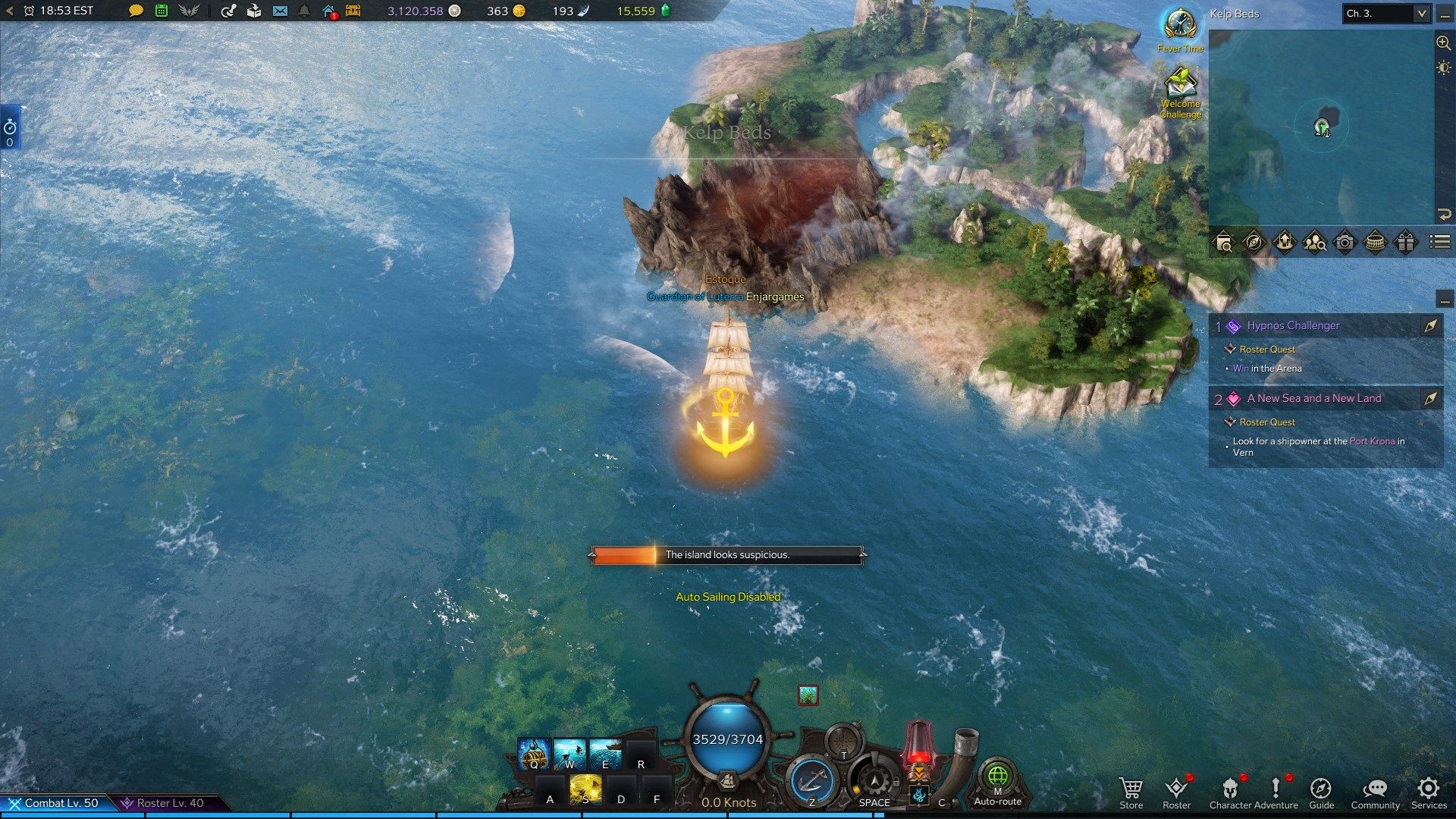 Islands in Lost Ark are something I’ve talked about a couple of times now. Outside of any that required meeting tier 3 requirements or are time locked I’ve been on all of them. They were a massive reason I even was able to get into tier 3 as fast as I did.

Without islands in the game, I feel only the most dedicated would even be in tier 3 by now if that is even possible outside of those spending insane amounts of money on the game. You would need to have an army of alts feeding into your main at the very least if it was not for them.

Despite how much time I’ve spent running islands I still have quite a lot of things left to do on them. I’m only at 19 island souls collected of 93. While some of them I’ve been on I skip over things like the one island that is quite a crazy maze.

There are also things like Sea Bounties that I have even attempted to do. Not to mention a lot of the daily Una’s tasks I could be doing are focused around islands. These things alone are quite time-intensive.

As I have been slowly advancing in the game I have been unlocking further continents. After North Vern there was Shushire, Rohendel, Yorn, Feiton, and Punika. Some of these took the entire time I had in a single day to play Lost Ark. While others left me enough time to do a bunch of my daily cycle of things. 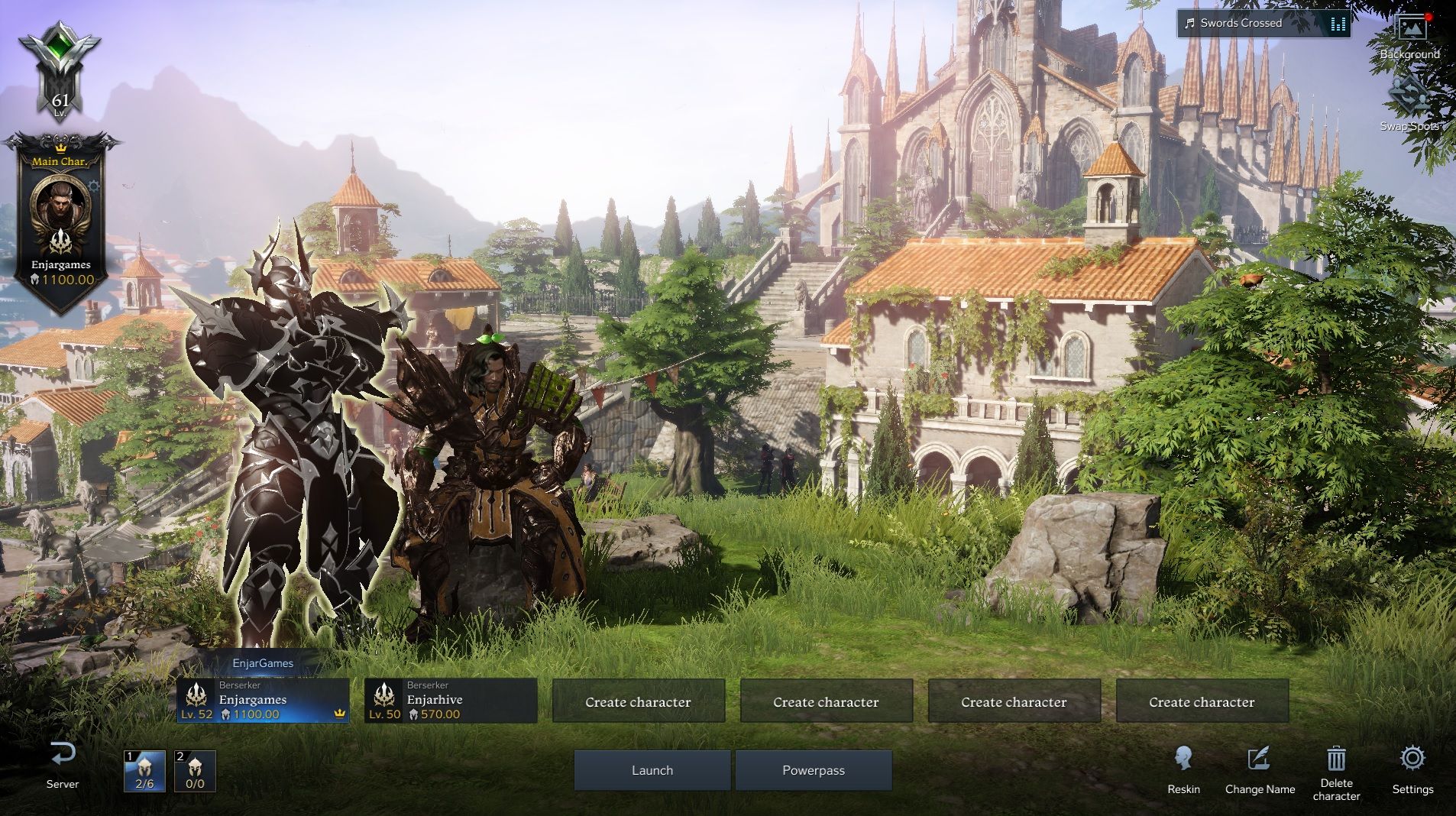 I only have 1 alt so far made in Lost Ark and he is in the same class as my main. My goal by now was to have a few of them. I however am not looking forward to running them through Rohendel, Yorn, Feiton, and Punika. While doing Yorn on my alt was quicker the second time since I was not stopping for side quests and I had the entire roaster quest finished. They are still going to be quite a time investment.

The alternative is spending a bunch of gold to skip a couple of these continents. There is some kind of eight-hour timer for performing that action. I’ve been quite starved for gold I have not played around with that system as of yet.

While the plan was to have my alt feeding honing materials to my main it seems I started him a couple of days too late. My alt is about to hit tier 2 in a day or so. Since my main is in tier 3 he is still not of much use to me. My alt even had quite a lot of tier 1 honing materials leftover from my main to boost him quite fast. It was still not enough for him to catch up.

Outside of islands one of the bigger accelerators has been the two events running at this time. Long term I love the idea if they keep at least having one event a month or something to make it different enough to help break up the grind. 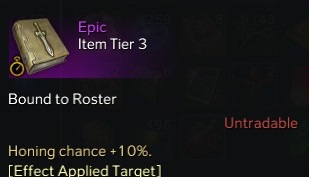 These events have led to an opportunity to acquire honing materials and what I feel more important increased honing chance books. I remember in tier 1 burning so many materials failing to slowly increase my gear to +15 to move into tier 2. Thankfully I found these towards the end of my tier 1 grind which saved me on a few failers. In tier 2 I doubt I even had 10 total failures when leveling up my gear. That saved me a lot of time and grinding.

In tier 3 I have not even gotten my new gear yet for the tier. I had finished off my daily chaos dungeon runs. It looks like that gear is bound so I can’t even buy it off the market. Thankfully I saved a single dose of Aura of Resonance that will expire in 12 days that they gave us for having to do some server maintenance. 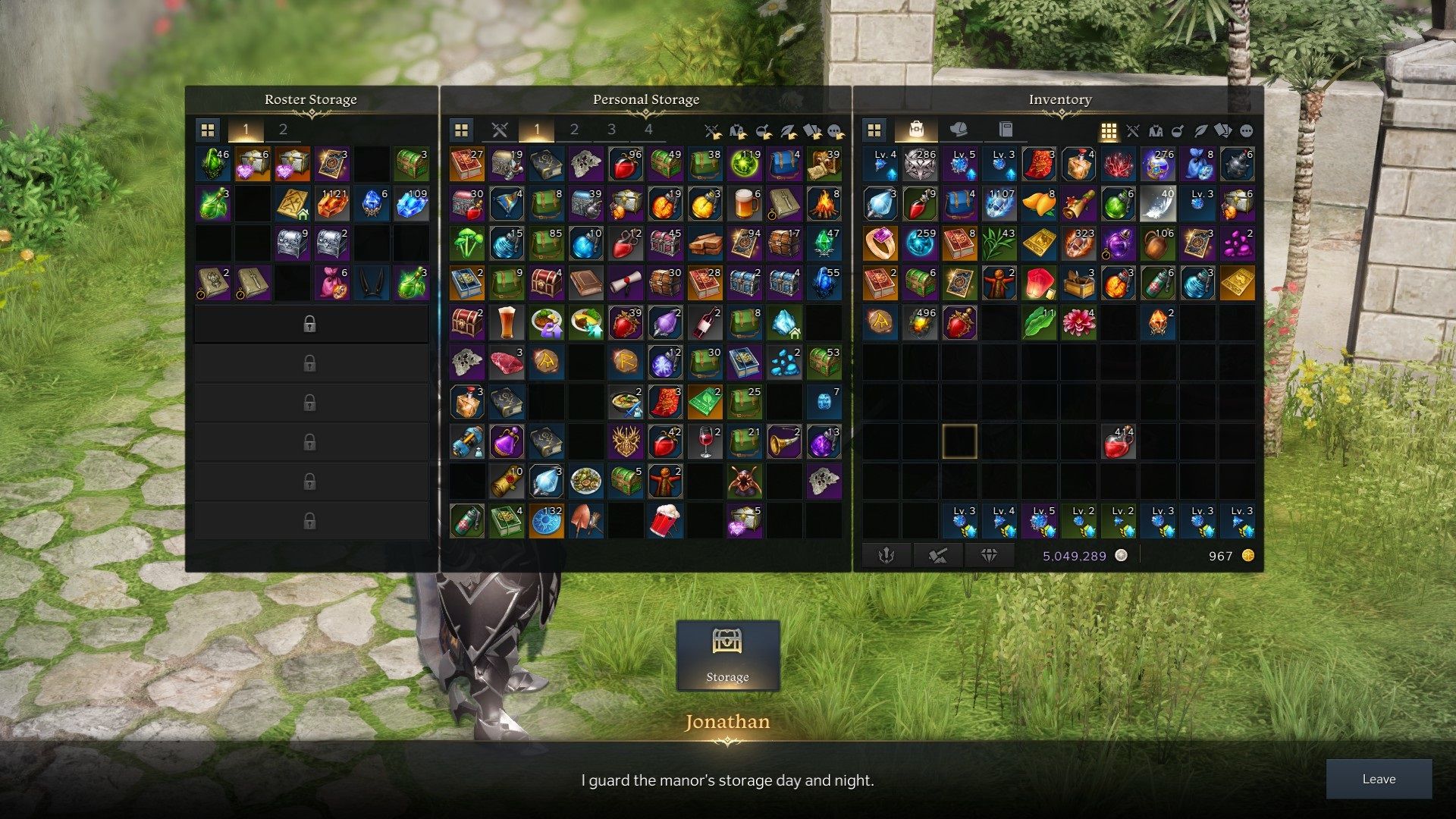 If it is one thing I need to do is go through my storage, inventory, and roaster storage. They are not exactly full as of yet. It’s getting to the point I’ll need to buy extra space. I have a lot of leftover junk that I can’t move to one of my alt that has zero use left for my main. Not to mention some stuff I’ve been saving for hitting tier 3.

There are also some things about tier 3 gear that I’m not sure how I’m going to approach. Since I’m playing a berserker I have two different builds I use. One for general stuff and AoE clearing and another build for single target damage like for bosses. With the extra stuff you can get on tier 3 gear it seems like I need to either make a choice on which builds I want to focus on or have two different sets of gear. Which would be a lot of extra grinding needing to be done.

There are so many things I was hoping I would have made the time to do by now that I just have not gotten around to doing. While I have been doing my best to burn my gathering energy when I can so it does not hit 10k. Things like always having my stronghold reaching I have been slacking on since it cost gold. 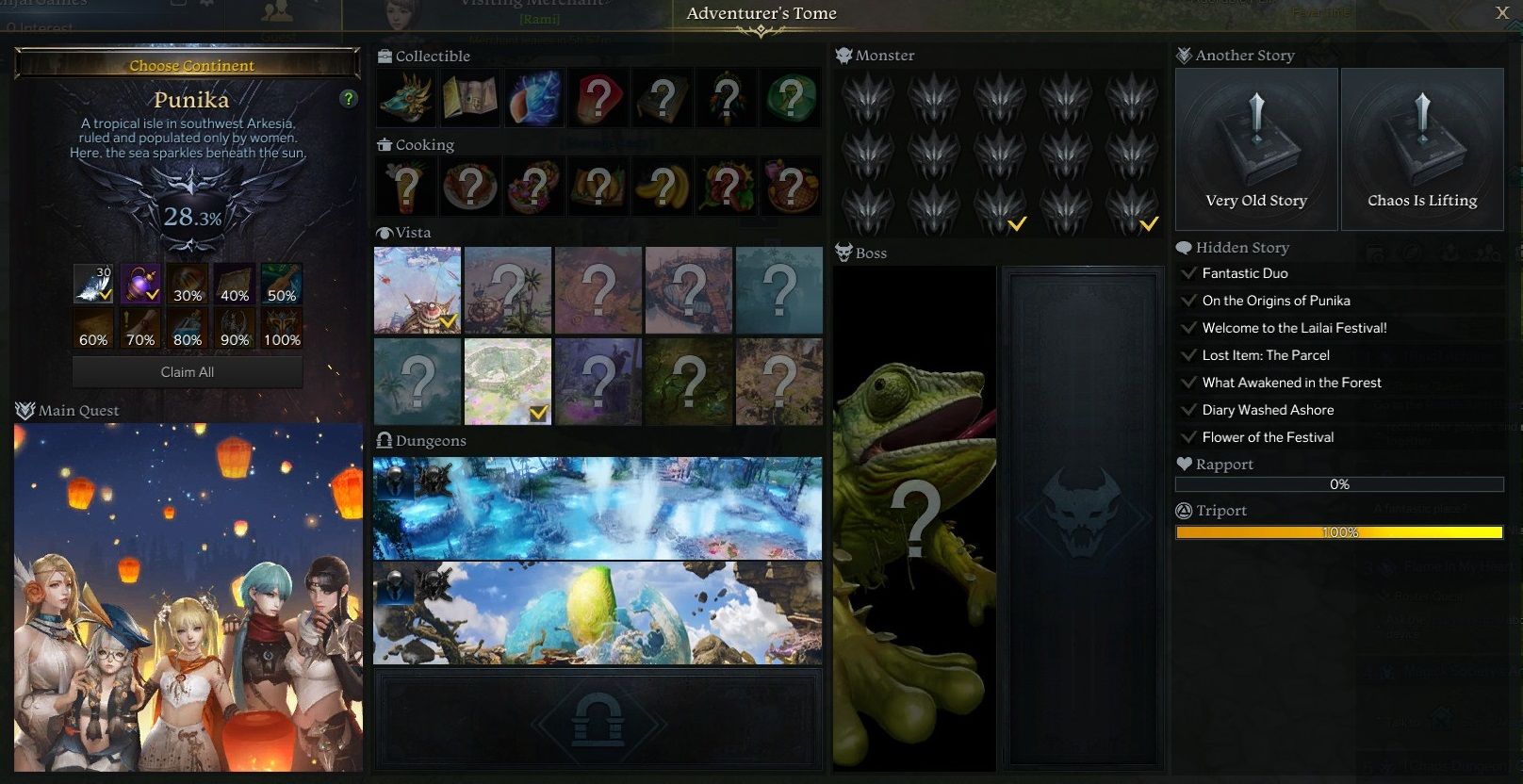 I was also hoping to have made greater progress on Adventure’s Tome by now. Of the 13 continents, my best one is only 64% finished while I have many in the high 20’s or mid 30% range. It is truly shocking how much this game has to do even when you are done doing your daily things. I’m not even sure if I had started this game when I released it in the western market I’d be out of things to do. It seems like that is going to take many months if not longer. 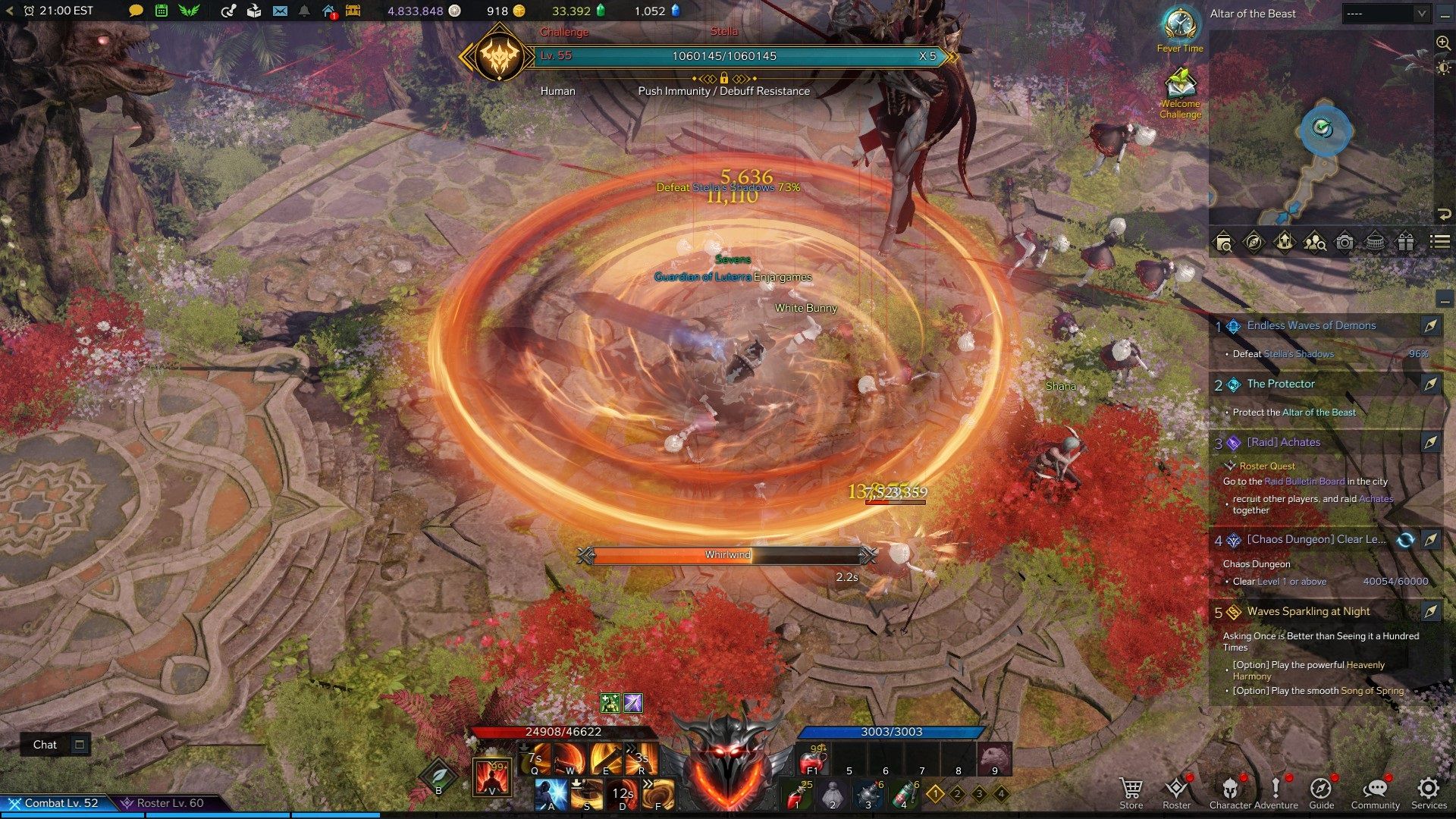 I’m still having a blast. I have a bunch of content I need to work on and get out of this game. I just wanted to get to tier 3 first and progress a little further along before I start working on those pieces. While other stuff I just need to take some time to write up.

For anyone still playing this game, I hope you are having a blast. I always find it fun to find that next game I can play for at least a couple of months. Far too many games out there struggle with keeping me interested enough to keep logging back in daily. Lost Ark so far has kept my attention and desire to do so.