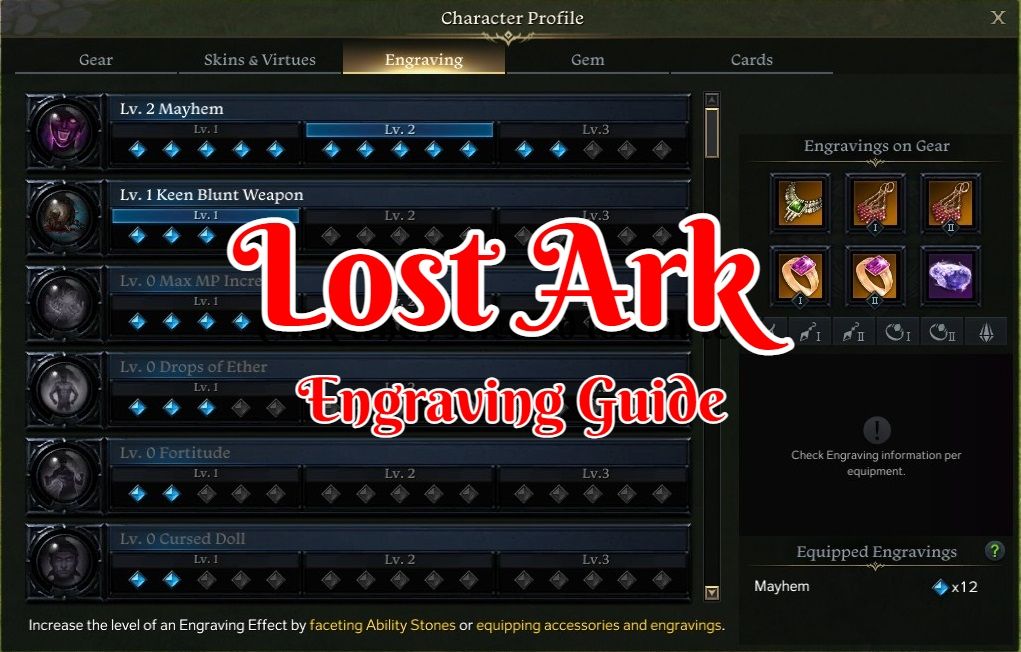 Engravings in Lost Ark are an important part in helping define a class and a particular playstyle. They can be either class-specific or available to all classes. There are a couple of different slots you can gain engraving node points from to increase their level.

Each engraving in Lost Ark has 3 total levels to them. Each level requires 5 additional points or as they call them nodes of that specific engraving before you acquire it. Beyond 15 total points, any extra have zero effect. 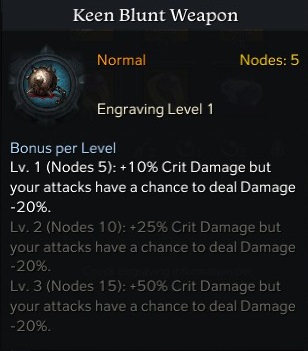 This example also demonstrates how it helps define a playstyle. If you were playing a build using Keen Blunt Weapon and your gear was not focused on having a decent critical strike rate (chance). Then you would not be benefiting often from having higher critical damage and be suffering from a chance at dealing less damage.

Not all engraving have a positive effect either. That is why it is important to understand for an engraving to reach level 1 and have an effect it requires having 5 points in it. That is why this move speed reduction having 4 points is not yet active. Gaining a further engraving point in this example would result in a 2% speed reduction.

There are a couple of different sources you can acquire engraves from in Lost Ark. You can get random ones on gear from accessories. You have an ability stone slot. Finally, you have two slots to equip engrave recipes from books. 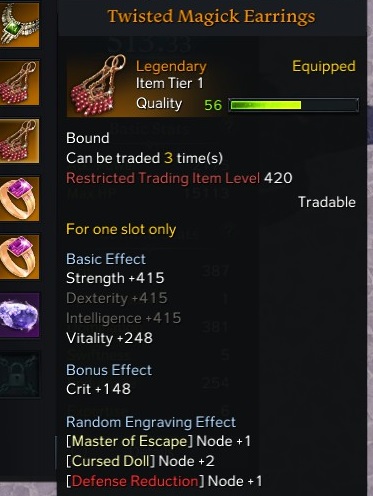 Players most often farm for these in Chaos Dungeon as they tend to drop a lot from there. They can also drop in Guardian raids and many other raids as well. They can sometimes be acquired doing other activities in the game as well.

If you are not having any luck getting the ones to drop you can always check the auction house. The more sought-after engraving for each class tends to get pricy. It is always a good idea to save any you get from running raids for alts if they could use them instead of dismantling them.
At the lower item levels players focus mainly on getting at least 1 effect and the stats they want on an accessory item. While attempting to avoid getting too many of the same negative effects engraves. At the higher item level players become pickier in trying to get two engravings they want on the same piece of gear. Your character has two engraving recipe slots where you can select to have a class-specific or combat-specific engraving in each slot. These slots add node points to that engraving and can even be stacked if desired.

Unlike other slots unlocking node points here works a bit differently. Each engraving recipe requires you to have acquired 20 of the same engraving recipe before it unlocks. There are three rarities and each one grants +3 node points. You cannot unlock a higher rarity such as Epic until you have unlocked the lower tier of uncommon.

Engraving books can be acquired from many of the dungeon raids such as Chaos and Guardian. While that can be a great way to try and grind out some books daily that tends not to be the bigger source for players at the lower tiers. 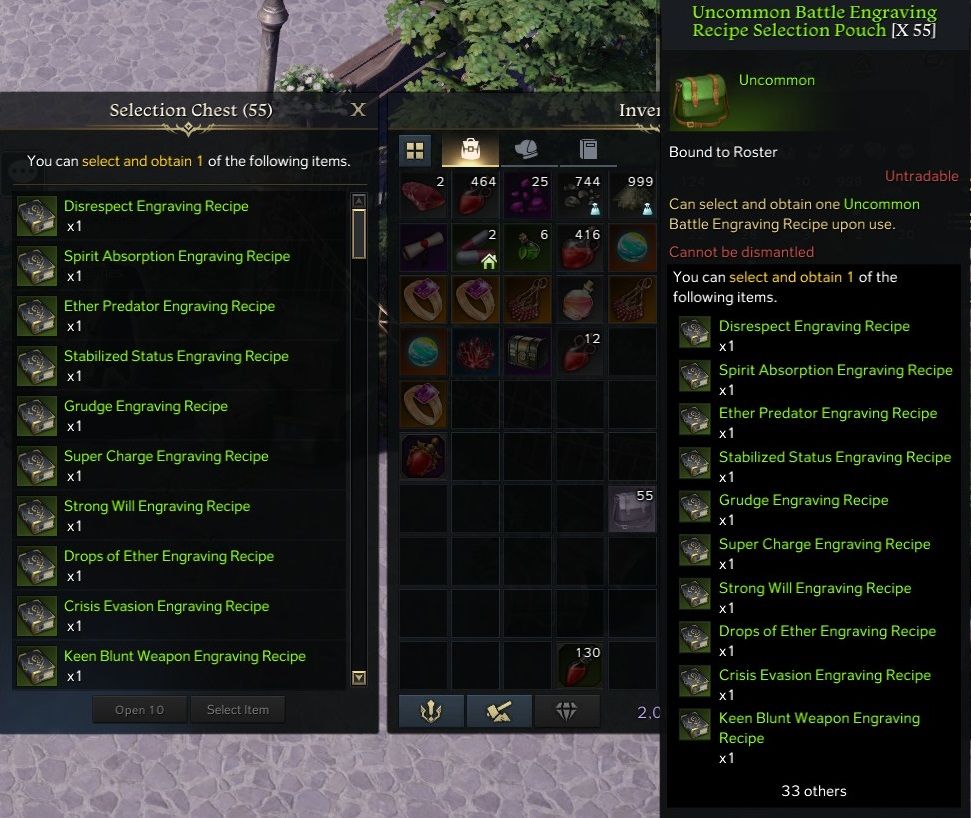 Among your many adventures in Lost Ark, you will be rewarded with an engraving book pouch on completing a quest. The great thing about these pouches is you get to select which engraving from their list you want. Chests come in three different rarities and will either contain combat or class-specific engraving recipe books.

The great thing about these recipe books once you learn they are roaster wide for all your character on that server as long as they can use them. That means even when you get untradeable recipes on your main or alts you can still benefit from them using if it ends up being a recipe you use on another character in their two slots.

These two recipe book slots are quite important. As they are not tied to a piece of gear you will be upgrading. You also do not gain any negative engraving node points from them. It is often best to save any unopened recipe pouches in case you need them later on for switching out these slots for another engraving you need. As it allows you to be more flexible in being able to upgrade gear slots that might not have the engraving you want. Ability Stones in Lost Ark drop with both positive and negative engraving on them. They require you to cut all engraving slots on them before they become faceted and wearable. You have a chance with each cut to either gain a node point or none at all with each engraving on the stone only having so many chances.

It can take a little while before you find your style and method for how you go about cutting an Ability Stone. It all comes down to how much risk you want to take and what you do with that risk in how you end up cutting it.

Before you get started you should always know how many more node points you need to unlock the next level of an engraving. This knowledge comes in quite handy later on when you are dealing with higher rarity Ability Stones that have two positive and one negative engraving effect along with a higher number of possible nodes. 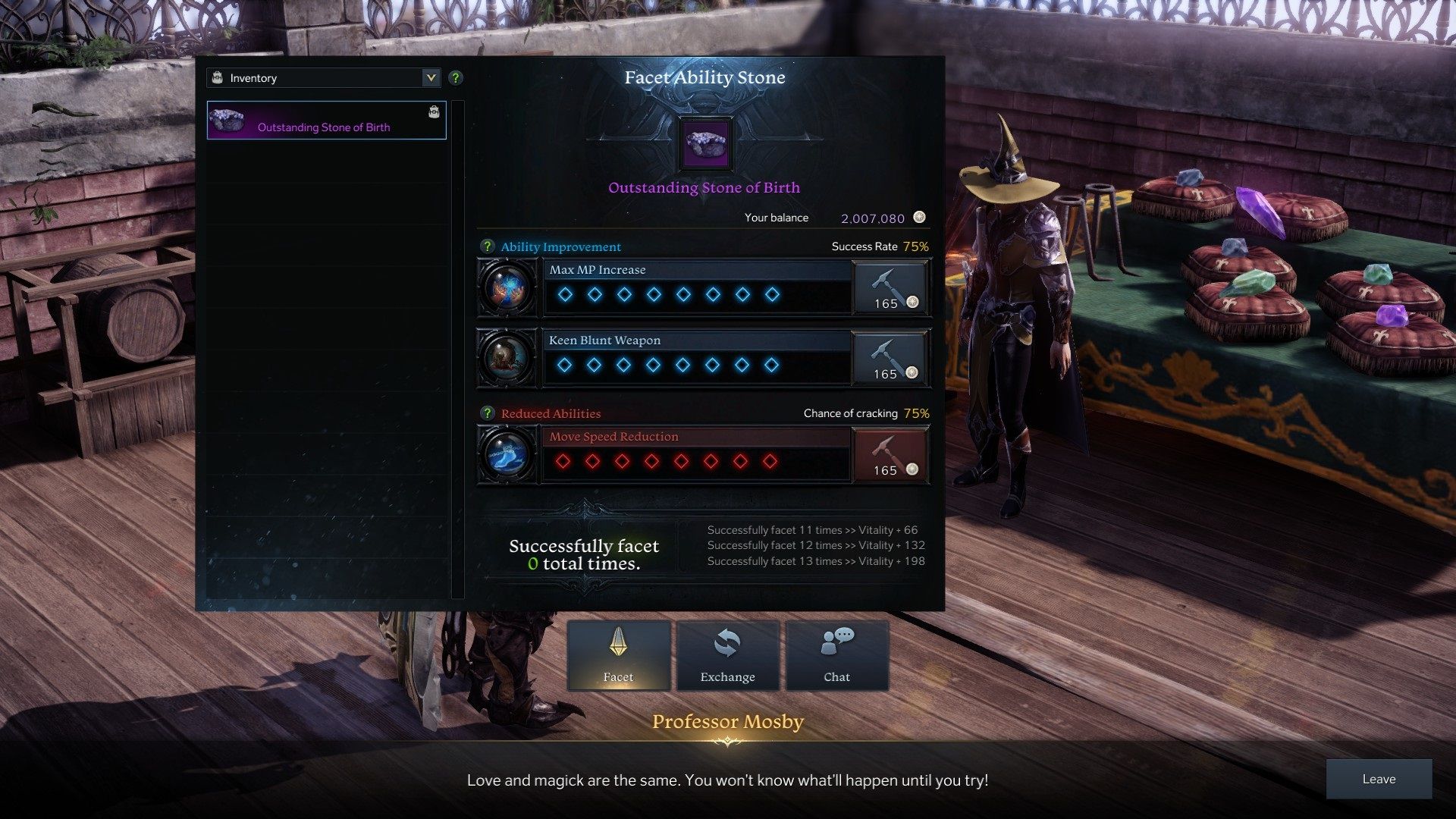 You will want to focus on cutting with a high percentage of chance on the engraving you need the most nodes points from. If they are a similar amount then prioritize whichever one is most important to you.

Each cut has a chance to either increase or decrease your chance of a successful cut by 10%. You will want to burn the low chances on the negative effect hoping they are not a success in granting a node point.

In addition, many Ability Stones out there also grant a stat bonus if you get enough successful facet cuts. While those are great to pick up it will all come down to RNG and at the lower gear levels are not as important to pick up. Once you have run out of chances on all engraving effects you are done and can wear the stone. More times than not you had bad luck with RNG and you had some low cut chances you had to use on engravings you wanted with failures. This is why many end up cutting a few of these trying to get what they desired at the higher item levels. 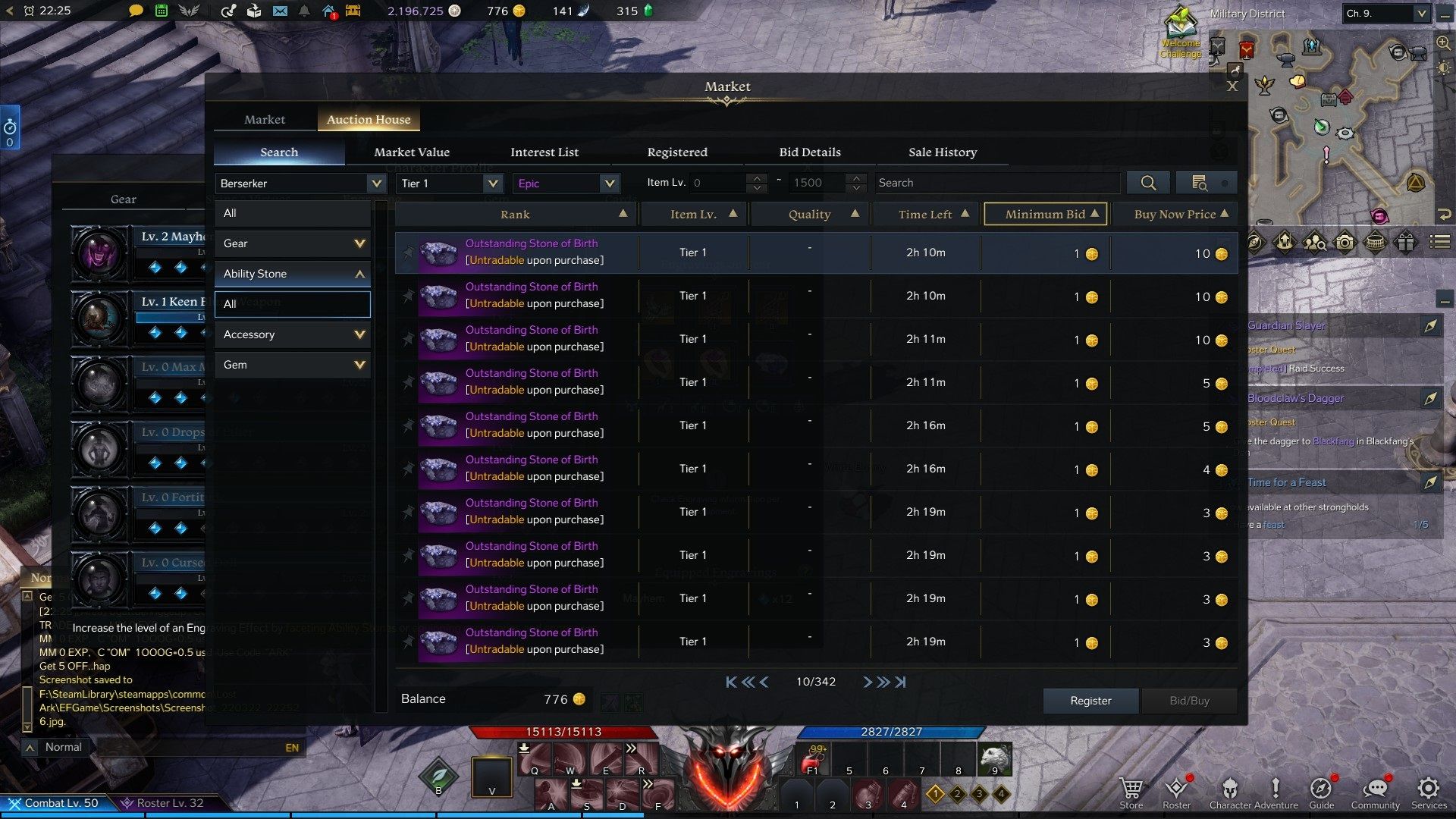 Thankfully some Ability Stones that drop are tradeable. While you can try searching for the ones you like on the auction house to cut. You can select more advance search and select the exact engraving you want. In the case where you can not change them try clearing out the search and doing it again as it will sometimes remain grayed out and not changeable. While engraving can be a bit intimidating at first with all the different ways you can acquire node points. Hopefully, now you understand them better and can fill up any gear slots you have on your character that involves engraves.