While on planet Cyrene I would need to take several trips back to planet Calypso on occasion. While some of these trips back were empty (no lootable on me) other times I needed to get the loot back. Instead of risking getting blown up by pirates I simply paid for a transportation service.

While in the past when I visited Crystal Palace and Monria I was considered to be on the same “server” as Calypso. This meant for a fee of 6 PED I could pay to just teleport back to the surface of Calypso with anything I could carry. However, when you are out at places like Planet Cyrene you don’t have that option.

While there are some sales in the auction house on other planets. It can often be hard to get a sale with it taking a few listings unless something is badly needed on that planet. I tried a few different items I was looking for with little to no success. This would mean I’d need to sell my goods elsewhere if I wanted some markup on them; instead of, just vender them. 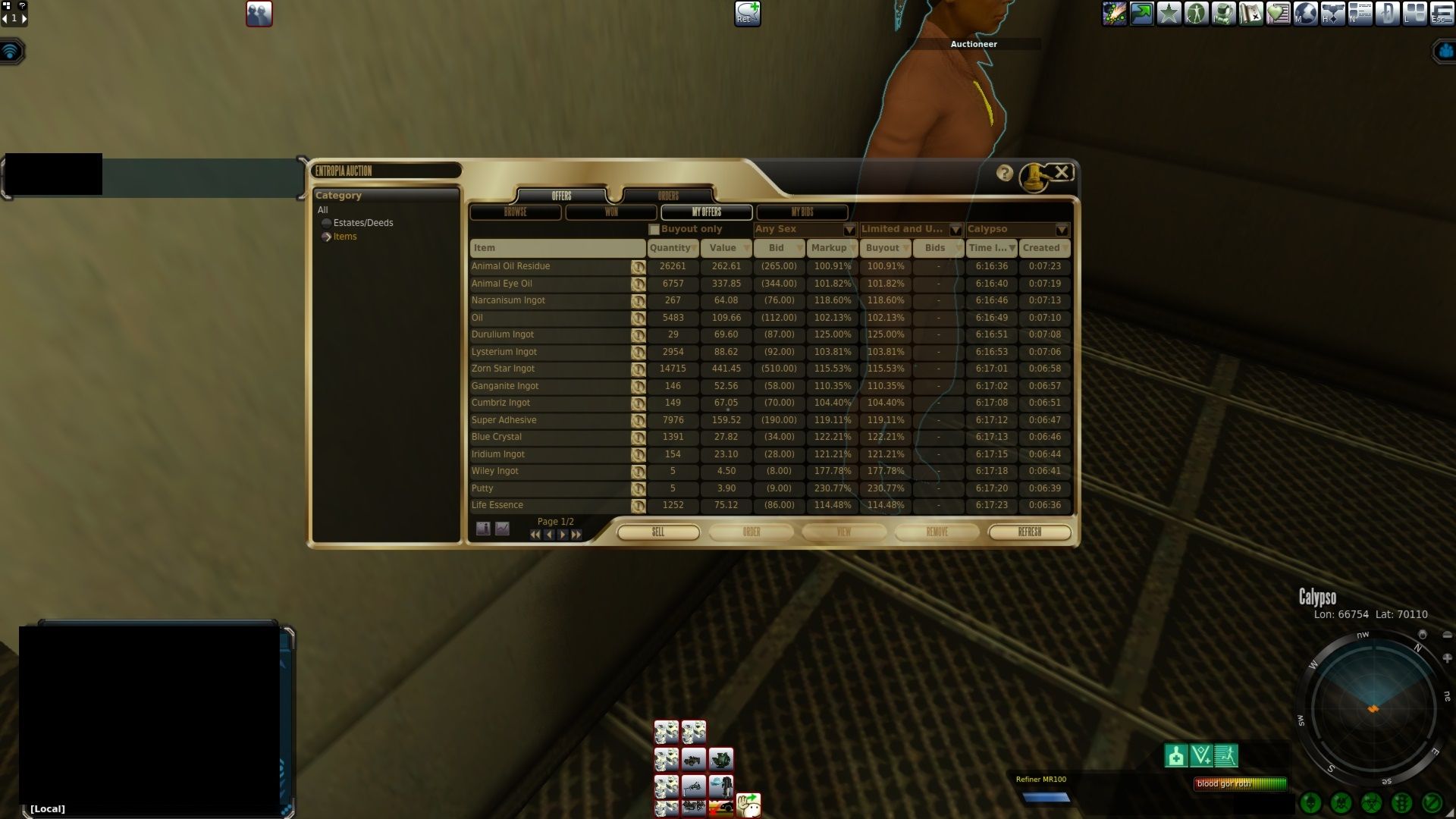 Since most of the trading in Entropia Universe takes place on planet Calypso and you can only list items you are selling on the planet you are on. This oftentimes leaves you in a bit of a bind. Traveling to other places like Cyrene and many others I’ve been on is quite fun it’s getting the loot back that could be a challenge.

Traveling through space has some ricks to loot. If an item is considered lootable in certain PvP areas which include most stacks of common creatures drops and ores. If you get looted in the wrong section of space you could be out hundreds or thousands of dollars depending on what you were carrying. While the amount of space this can happen has been reduced over the years it also makes fewer areas pirates need to hang out hoping for a giant payday.

Back in the day, you use to just hire someone to fly you to another planet. You then could log off to remain safe. As long as you did not hire the wrong person. When they told you to log back on you were safe and could teleport down from there. A while ago they removed the ability for people to do that “trick.” I wanted to go with the best option possible that still runs and reached out to the owner of Titans Of Space to see if they still did secure transportation services. It turns out they do and it runs at least once a day.

All you have to do is contact them ahead of time to tell them where you are and need to get to. A schedule then gets put out and they make their rounds picking up everyone at a certain time. The price for the services varies but it starts at 10 PED and if you bulk buy it gets a bit cheaper per use.

Titans Of Space runs the biggest ship in the game an Aniara-class mothership called Normandie. It has top-tier upgrades making it one tough nut to crack if a pirate even thinks about it. They have been running for what seems like forever (2011 from what I gather).

One of the nicer things about dealing with the bigger ships in-game is the ability for them to summon you from t planet side. I just needed to be added to the ship's guest list and be online. Once they were within range of the planet I was on I got a summon request. 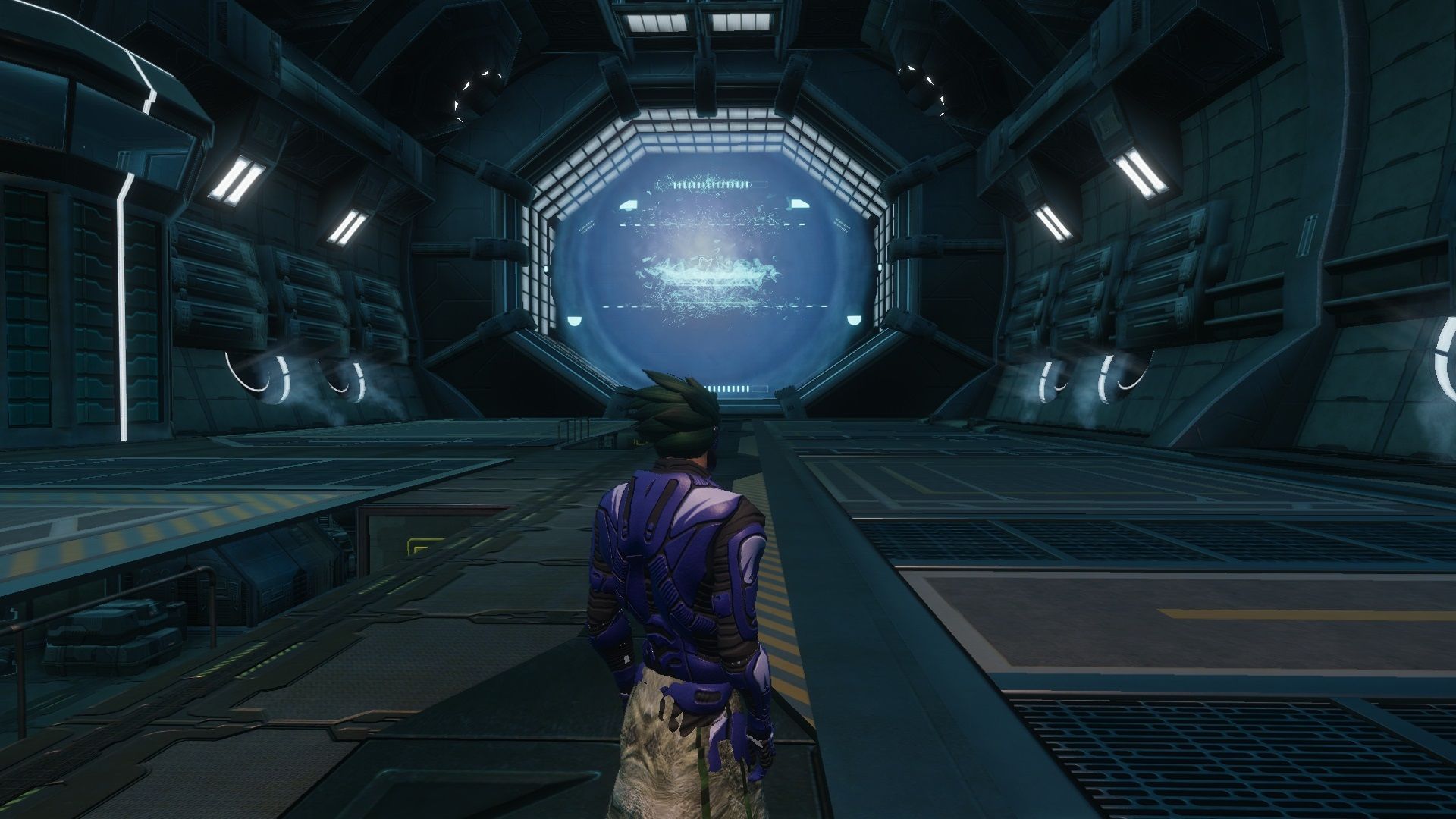 After accepting that request I was on the ship itself. This ship is massive. Nothing like the smaller ship I use to take shifts on as a pilot back when I was in a society that had their warp-capable ship if I recall a Starfinder. It was nothing like this mothership.

My character was loaded down with everything I could take with me. I was not sure if I was going to be spending the night listing stuff on the Calypso Auction house once I got back or if I would be engaging in some other things for a while. 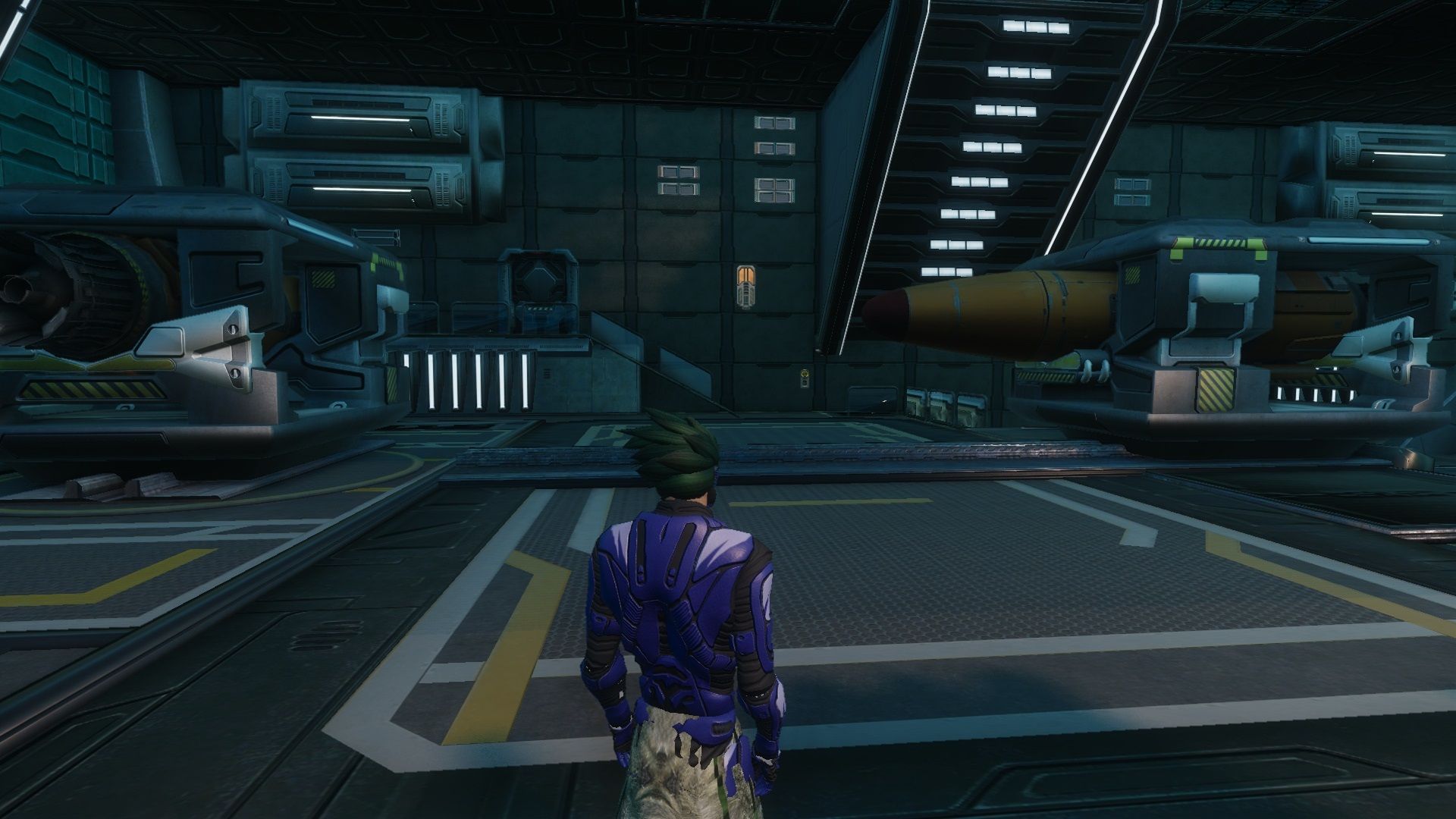 I slowly walked over to where the caption of the mothership was and paid my 10 PED fee. After that, I sat around a little bit while we traveled around the universe. I did get a bit curious and decided to check out some other parts of the ships. The best I could with how slow my character was walking without missing my stop. It is amazing how much detail and little areas were put into this ship. I don’t want to know what it costs let alone how much it costs to upgrade it into the best ship in-game. I do know the smaller warp capital ships back in the day we were selling for enough to buy a new car. This thing I assume is a few times more than that.

Most of the people who got picked up hung out in a certain area. The ship then would warp to the next area to pick up even more people. Since it has been quite a while since I’ve traveled in space with loot. I was rather glad to be off elsewhere on the ship out of sight. I was a bit nervous about the entire thing after all.

Once we got to our main destination that everyone seemed to be getting off on. Everyone spawned their spaceships such as a Quad-Wing Interceptor and exited using the giant blue portal at the back of the ship into space. Out of the privacy of others, I won’t be showing that part. Within no time I was safely on Calypso with all my loot. I then went off to sell and restock on guns before heading back to Cyrene the next day. This will be a service I use again in the future for my secure transportation needs. It was quite painless.