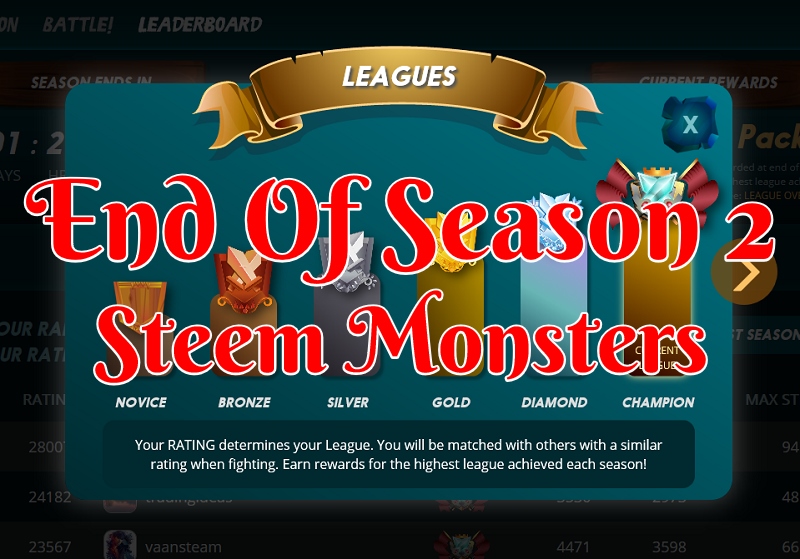 With the timer counting down and the final conflict being no legendary monsters with a 22 mana cap. It is time to make those final plays and reflect back on how everything went. Are you someone who has procrastinated until the end and are rushing to reach your goals? Did the issues over the past few days toss a wrench in your master plan of bringing home a pile of booster packs? Are you just someone watching the total chaos unfold being done for the season? Did risks you took to pay off during the season?

My goal for season 2 was to reach champion III which I mostly did from taking advantage of melee mayhem. My overall plan worked of skipping out on days where I did not like the conflict that was going on other than finishing my daily and waiting till we were close to the end of the season.

While lost legendaries have no effect on my deck since I do not have any fire ones. That seems like a massive blow for some higher end decks that were waiting till the last days. That, in fact, makes me want to press on and see how far I can go. Since I’m not having to deal with a lot of trouble those legendary. 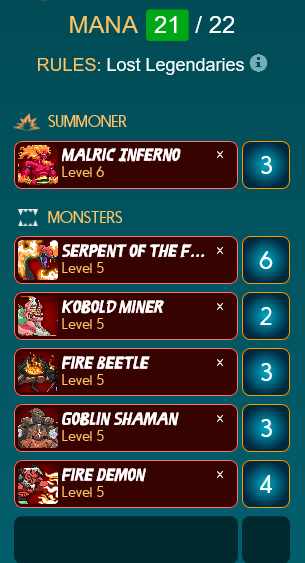 One thing I did not want to do was try and finish a daily after I made that push. I knew for the most part with how things have changed this season that major of my losses would be just 2 points at a time. You could spend an entire day spamming with a very low-level deck stating from champion III just to get down to someplace you can get some wins. At least with the cards I have for now.

While it would not be that expensive to buy some cards for whatever splinter I needed to win. That to me just seems like chasing after a free pack. I will eventually get around to having more level up non-fire splinter cards. For now, I have been enjoying the ones from the free beta pack and I expect I’ll be investing in beta cards to help those along.

Instead of pushing downward for that one pack a day I know there was still room to go at the top. I’ve been within 200-300 points for over a day now from Champion II. Taking the risk and going for that instead of trying to do a daily would more than makes up for it if I can pull it off. 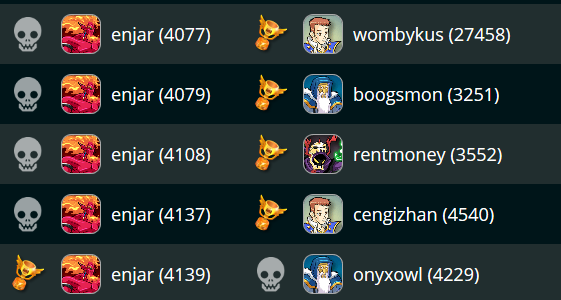 Quite a number of times I thought I was going get there. I would get some wins in a row. Not get any massive losses when I lost. Then like clockwork, it happened a few times. Another major blow and series of setbacks.

This often leads me to think if wanted to switch out my tank or mess with my order of monsters a tad to see if it would work. A couple of times earlier in the day when I did try something different it normally ended badly. Being this close I just could not give up for the night so I pressed on.

It was like the game had set it up to perfect for me to hit 4200. At the lower leagues, it can feel like quite a few points unless you go on a killing spree. In champion, it is 500 ranking to go up one step instead of 300. Making it feel quite the distance. Even more so when you keep bumping into the top 100 players or those who playing below what their cards can get them as they climb as well.

While getting to Champion I for another 5 booster packs would be amazing. It has already been quite the grind just to get here. While I do keep facing a number of high-level players and there sure is room to grow. I’m also getting to a point with my deck where there are a few who have the counter or just higher cards to it that can clean the floor with me. Those losses can really set you back when they are much lower.

I might just sit back and root for the few friends who are trying to get those last games to reach their goals as well. Enjoy the break and rest up so I don’t go near feeling burnout from this game. The game is after all only in beta. Some are playing it such a degree by the time we are released they may have grown bored of the game. I’ve seen it happen a few times when people beta tests a game. Least here it is not a total start over from zero. You keep everything you have gained from season to season.

If you have any interesting stories to share about Splinterlands make sure to check back in on my blog on Thursday the 15th. One of the communities I’m apart of has something we hope you will find fun!