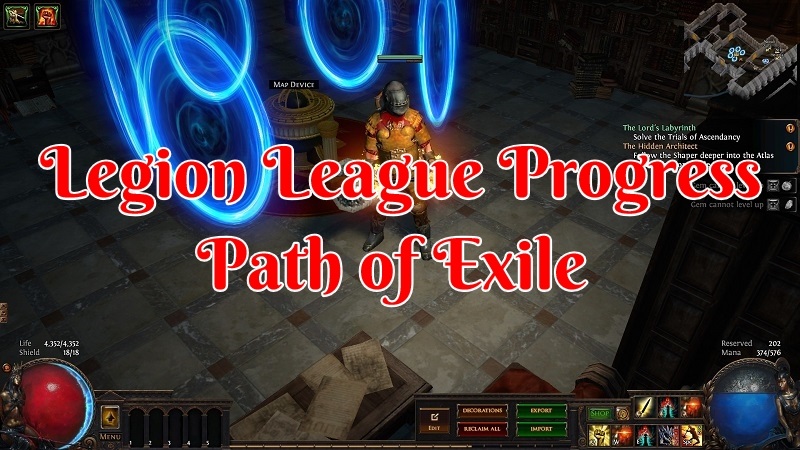 Legion in Path of Exile has been out for over a week now. After I had finished the hardcore race I was in I switch over to playing in softcore. 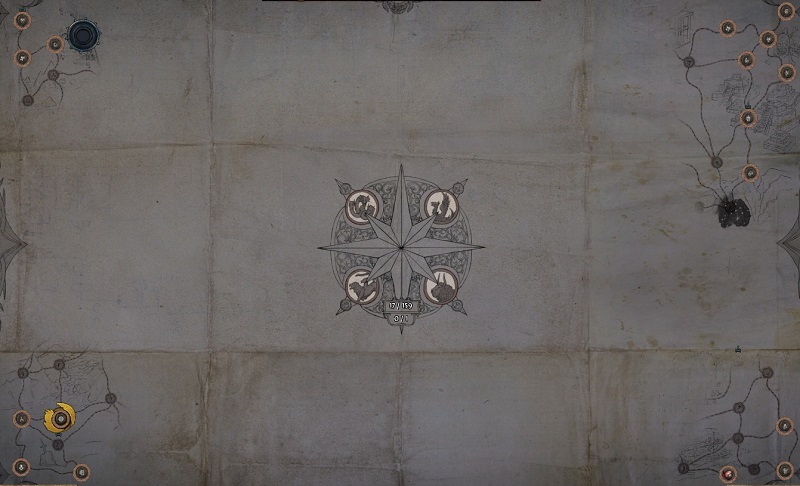 I’ve continued to play as a Duelist Sunder Slayer and started over fresh from level 1. Over the course of the week, I rushed my way into unlocking maps. I’ve made it to tier 5 and level 75 so nothing too high yet as I work on upgrading my gear. I was hoping to be further along but it is what it is.

As far as playing Sunder and using Leap Slam as a movement skill it has been decent. It is still a rather new skill to me as I’ve not used it much before so I’m still getting used to its drawbacks. One of the biggest being getting stuck or getting caught up in Legion that you need to break open. It really likes to land on top of monsters making it a bit hard to really move around quickly to find the best loot monsters to free so you can fight them once the timer runs out. 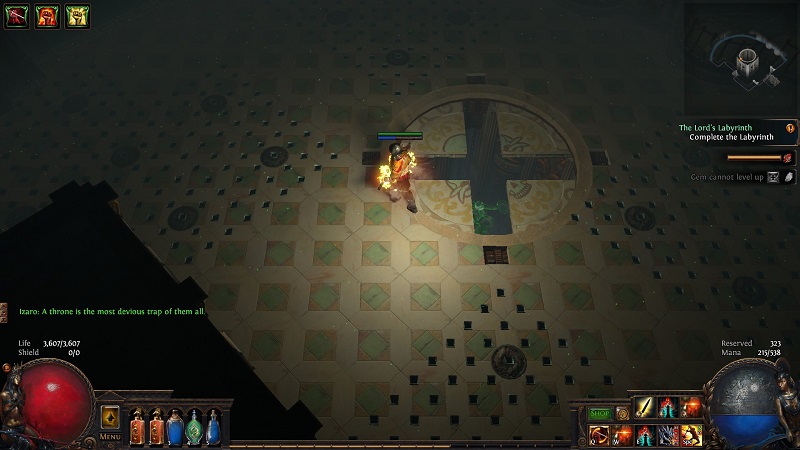 I have also completed my normal, cruel, and Merciless Labyrinths. This time around I did not wait to do them. As soon as I meet the requirements to run those labs I went for it. Sunder Slayer does quite well in them. It also helps that sunder has a little bit of range and with the melee changes it was quite easy to get around any of the big hits to avoid getting killed and having to start over. All I have to do left is Eternal Labyrinth. I have still not unlocked all the trails for it which require you to randomly find them in maps. Once I do I hope to be using Cyclone by then and it should be easy. 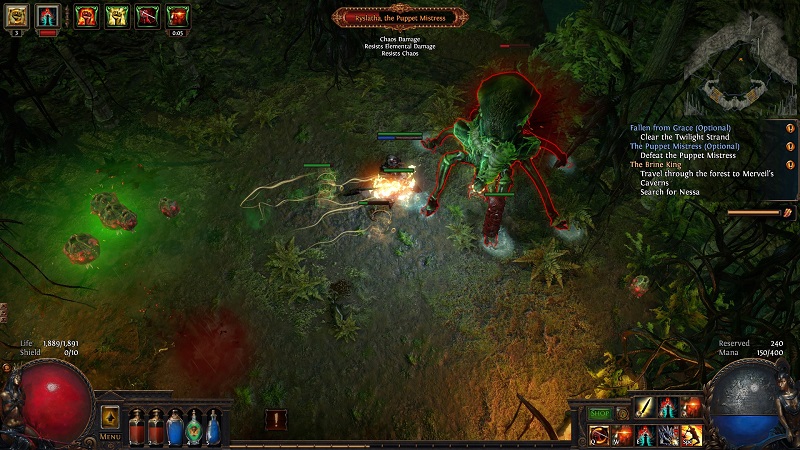 While leveling up to get into maps I did unlock all my first levels of my Pantheon by killing all the minor and major gods along the way. At some point in maps, I’ll work out what I want to unlock the higher levels for.

Like always I had hoped to be further. Most of that has to deal with long patches and connection issues. It is also just a time-consuming game so you never are going as fast as you like. I will get there in the end. I don’t see myself this league trying to get too far to end game. I just don’t think they're enough to keep me around to want progress that far in. 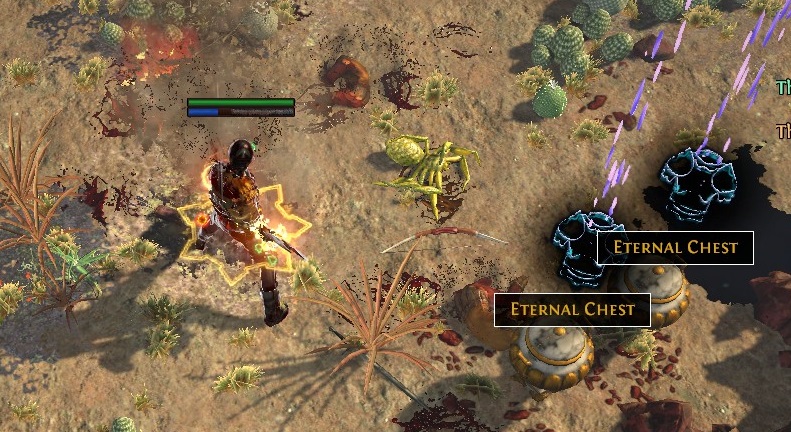 So far the Legion league does not feel like it has a whole lot of depth to it. Granted I still have something I’ve not done yet like running Emblems. I’m hoping once I switch my main skill over from Sunder to Cyclone which I should be doing in about 8 Exalts worth of upgrades I can form a much better opinion on the league.

I fully expect to be coming out with a Legion overview in next week or two. Unless I discover something that requires a lot more investigating for what I’ve not done yet. Much of it seems quite straight forward. Sometimes they come out with a few very complex leagues and then something simple. Nothing wrong with that. It sure takes a lot less time on my part to fully experience, disgust, and write about it.

I have looted a fair amount of Legion chests and not really seen where the loot value is. I don’t seem to be the only player struggling to find that sweet spot. Hopefully, in the coming week, I’ll work it out.

I have also applied a number of Incubators to my gear to get the items stated to drop. I would have been better off selling the Incubators and prices for quite a few of them now seem to reflect that. While it's cool to go out and kill X till an item drops. If that item has less of value after time spent that a bit of an issue. While I understand RNG will play a big part if you get something good. If it ends up being on average it’s better to sell them than I’m a bit bored by this part of Legion.

Overall I had higher hopes. Chances are once I change up my gameplay I could totally change my option. I’m also not running an item finding setup to increase my chances of drops. That might end up being where this league really shines. If that ends up being the case I might start a Windripper if it’s not been nerfed into the ground since the last time I played one. 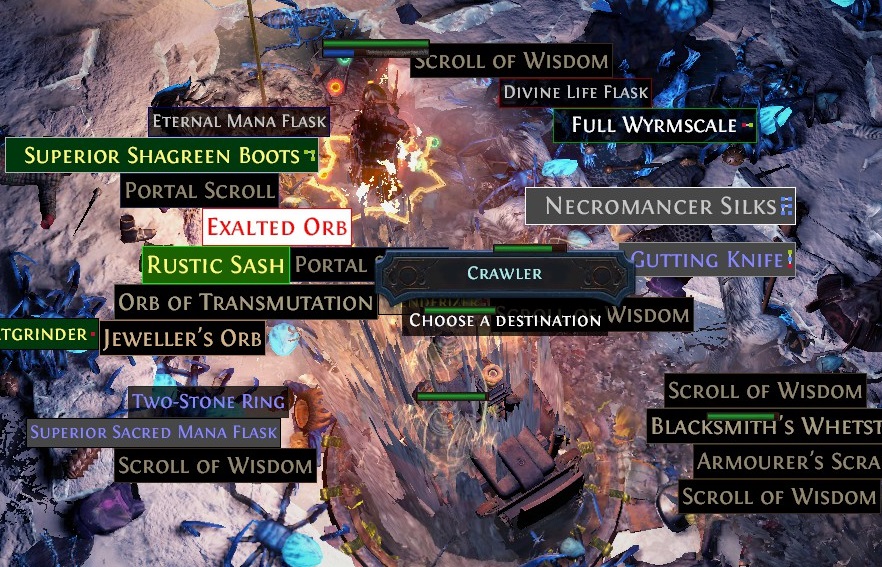 As far as noticeable drops it has been quite dry on my end in the loot department. I did happen to have 2 Exalted Orbs drop. None of them were from killing Legion what so ever and so far that loot from them has been rather lacking luster. My build does not have any magic

Trading with other players has also gone quite slow. The main site I use for trading with other players has been struggling to keep up. I wonder if they are just getting slammed by their new record number of players or if they're a legit issue. It’s a little odd in this day and age that the site could not scale up to meet some higher demands. If it is a big I hope it gets fixed quite soon.
I’ve only ended up selling maybe 30 Chaos in items. My stash tab for trading is also rather barren. Hopefully, things will turn around next week and I can have a fun market Friday.

They have been releasing a lot of small patches that take hours to run. Which has taken a lot of my time away from being able to play so far this Legion. They seem to use a lot of compressed files so there always high drive usage for all the uncompressing and compressing gone on. A bit annoying when a 10mb patch takes 3 hours to apply. I’ve had to stop and start up the patch a number of times when it stops fully utilized my storage. I know I need to upgrade my storage solutions which would help speed this up. Will be a few months before that’s in my budget. I can only hope they are almost done with all these patch waves. I would just like to play.

Still, some crashing and performance issues when encoring Syndicate members. I had really hoped the rumors that they were going leave them out of this league where true. I don’t know if they added them back in during one patch or if I was just lucky to not run into them when I did. I’m a bit disappointed this has been an issue player brought up a lot in past leagues. The players having issues are sure not going easy up now that many are getting slap with the lag spike monster when they spawn in a zone. 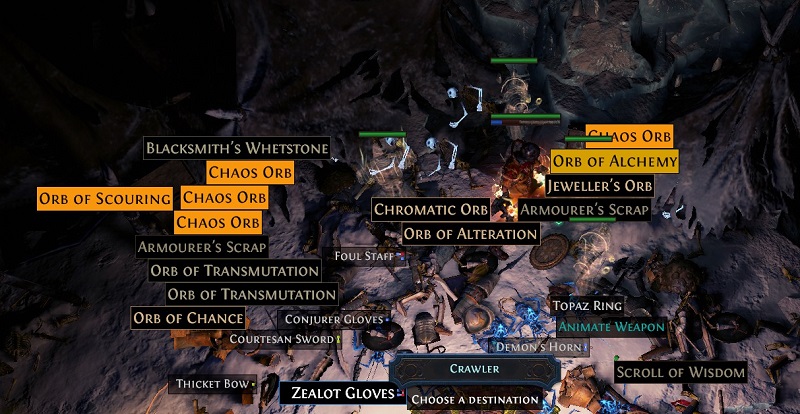 Things have been quite a stranded new league for me. I am going try and spend a fair amount of my Saturday down in the Azurite Mine I still love playing that part of the game. The hype has died down a lot and I’m not sure how many weeks or months I’ll be playing this league yet.

I hope everyone else has been having a fun league. Cheers!