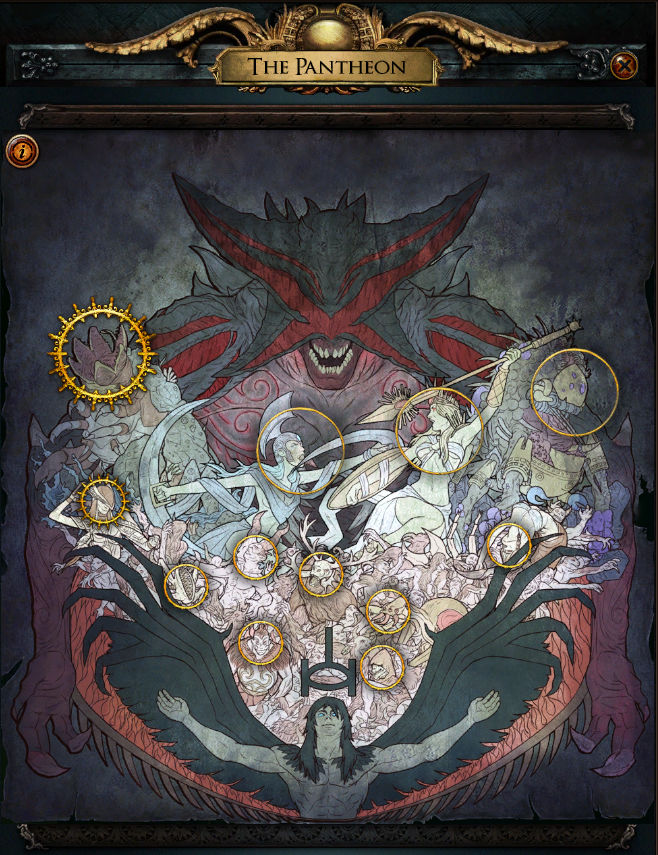 Made it to level 65 mostly been going around and slaying some gods to unlock my Pantheon further for options between major and minor god bonus. I have them all unlocked now after running around getting some screenshots for this post.

This is one of those things I feel you can easily overlook. While it can be easy to just go with one that covers most use cases having deep game knowledge can really allow you to leverage this out when it comes to encounters. I don’t normally make many switches often but they can be worth if struggling in an area. 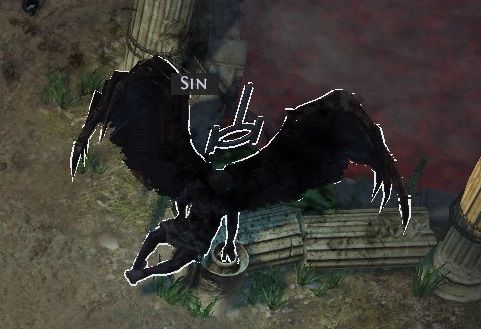 The Pantheon lets you choose 1 of 4 major god powers and 1 of 8 minor god powers at a time. Some of them even have further unlocked to increase what they can do. While these themselves are not overly powerful its little things like this in the game that start to add up. The nice thing about these is you can change them whenever you like at an NPC called Sin once you have them unlocked he can be found in the towns.

These have up to four effects that you can gain thought to fulfill different kills. They are also the end bosses for some Acts so you can pick some up without going out of your way

Soul of the Brine King 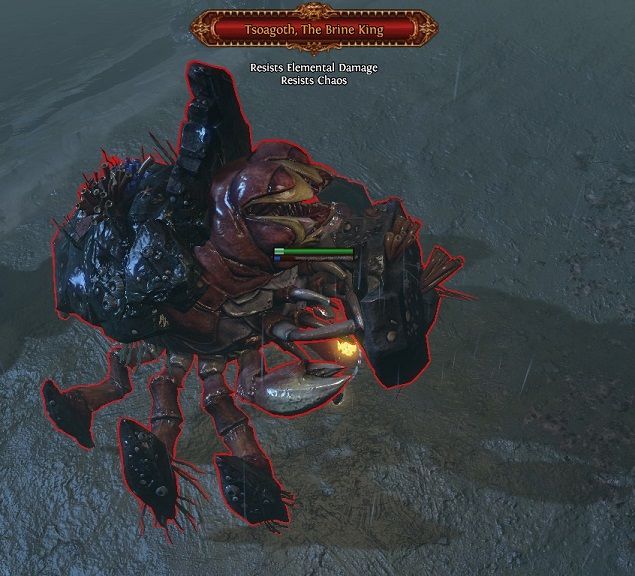 Act 6 Boss is found in a special zone inside of The Brine King’s Reef.

I find this one to be great just for normal usage as it prevents and reduces many things I find very detrimental to my character. The base power makes it so you can’t be stunned again for next two seconds if you have been stunned or blocked one. Further unlocks include block recovery, frozen recovery, and reduced chill. All these things reduce your chance of not being able to move around effectively.

Soul of Lunaris and Solaris 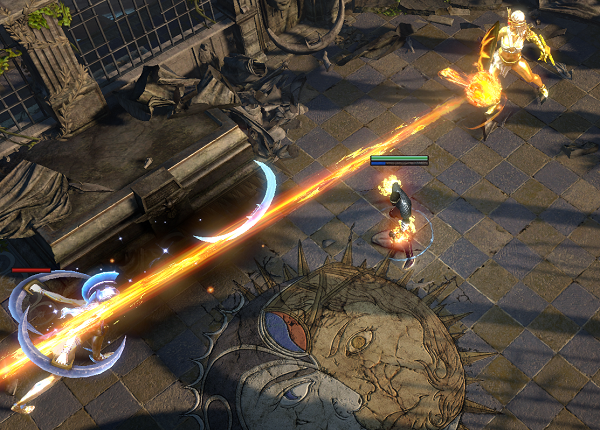 Found in The Harbour Bridge from Act 8 with upgrades in Atoll, Conservatory, and Reef maps. A rather interesting two in one encounter to get both of these major gods at once. Lunaris upgrades are found in Spider Lair, Moon Temple, and Lair maps; meanwhile, Solaris is in Maze, Temple, and Park maps.

Soul of Lunaris has a base of this one comes with an up to 8% speed and physical damage reduction depending on how many enemies are around you. This can be great if you need extra movement speed or know an area has heavy physical damage as a way to migrate that. Further unlocks reduce chances to get hit by projectiles, and spells. This one has that tank feel to it while clearing mob trash.

Soul of Solaris this one is more for focused on single target damage reeducation and area damage. Great for encounters when adds are not up to get the full benefit of the base bonus of reduced physical damage. You also can unlock things like further reduced element damage, critical strikes, and ailments if you have not taken a that hit recently. 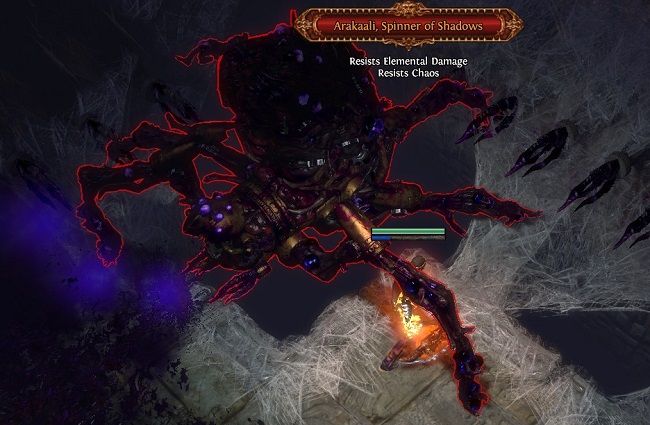 Found in a special zone inside of Temple of Decay from Act 7 with upgrades in Toxic Sewer, Torture Chamber, and Sunken City maps.

This one is great for reducing damage over time while also having more of a focus on lighting damage, shocked, and boosting your chaos resistance for over time damage. I’ve personally never used it but that can be chalk down to my lack of knowing the perfect encounters for using it.

While they can be seen as smaller the impact of choice can have amazing result if you choose to leverage them. These ones only come up with to 2 affects you can unlock. 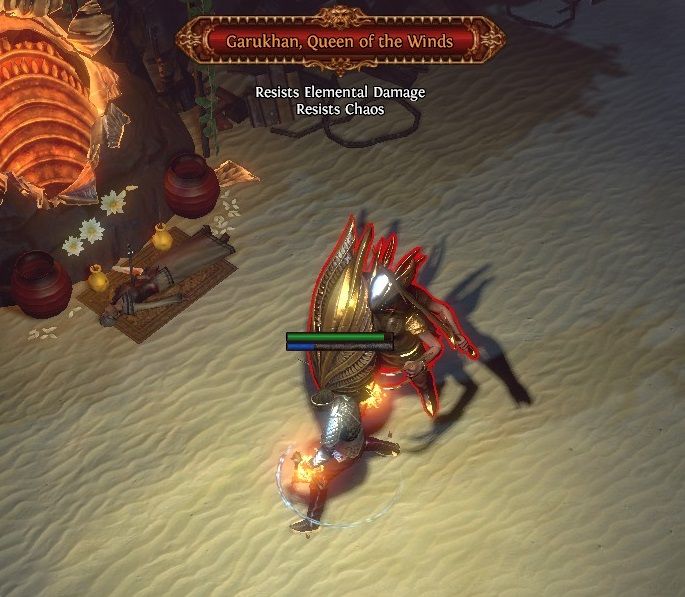 Found in a special zone inside of Quarry from Act 9 with his upgrade in the Dig map.

This one focuses on avoiding damage and reduced that damage when you do take it. It can reduce savage damage which can be rather near death or even kill you along with increased moment speed. That is great for clearing when you might not be thinking so much about what is going on around you. 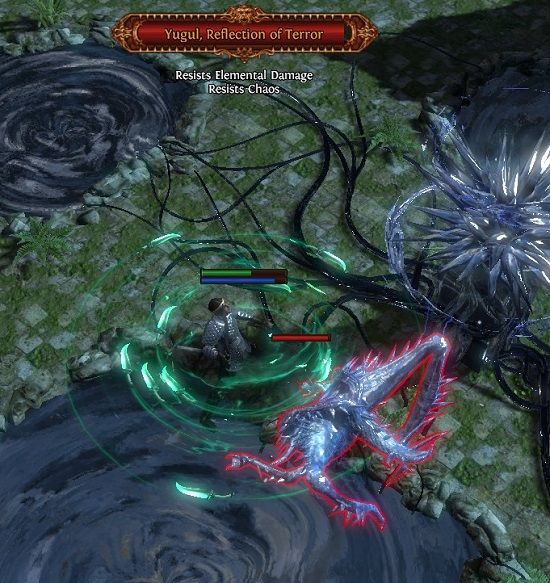 Found in a special zone inside of The High Gardens from Act 8.
Most players tend to avoid things like reflecting the type of damage they do. This one focus on reducing damage from reflecting as well as cold damage and its effects. Once I’m running maps I tend to skip over reflection rolled maps. 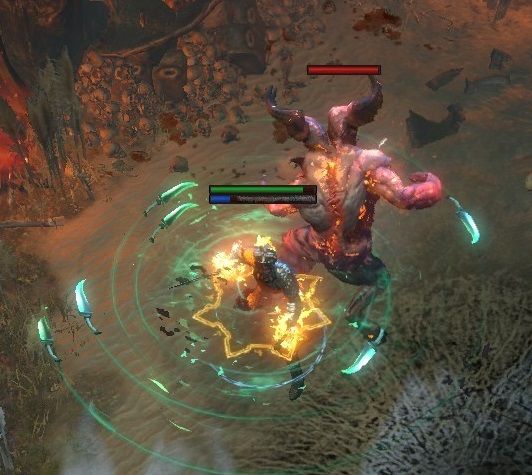 Found in a special zone inside of Prisoner Gate from Act 6.

This has a focus on reducing fire damage and things like burning, ignite, and movement speed while on burning ground. If only we could have this unlocked for Kaom’s Dream zones! As that place is just filled with fire. 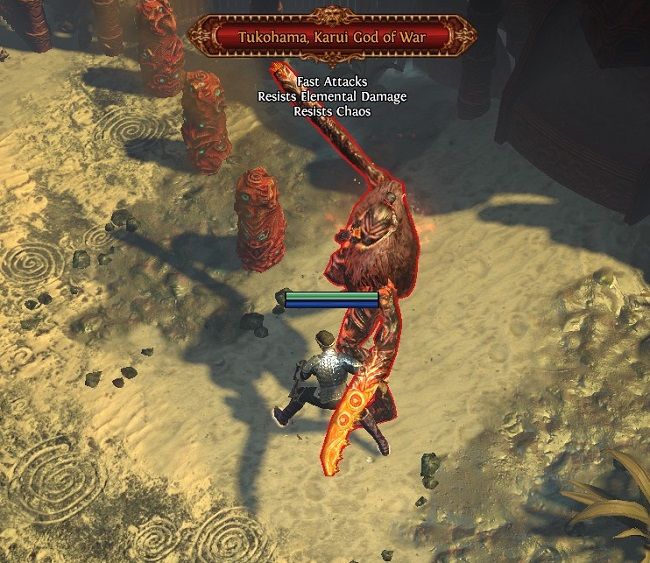 Found in a special zone inside of The Karui Fortress from Act 6.

For those physical damage builds that stand still long enough (who does this?) you get a small bonus to physical damage and some life regen when not moving around. I can see this coming in handy for a boss encounter where someone with short range needs to move in close and they are not moving around much. However, this game is kind of like a boxing match and you should always being moving on your feet with only a couple of expectations. 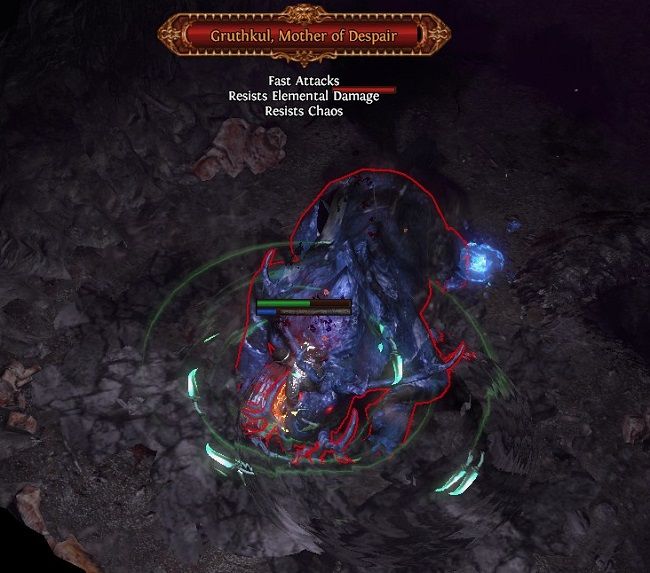 Found in a special zone inside of The Dead Thicket from Act 7.

Great for when you are clearing an area that has a focus on physical damage as you gain a small bonus for each hit you take up to 5%. It also has a negative effect on monsters attack speed if they have hit you. This one seems like a great one for up and close types of players who are tanking damage most time anyway. 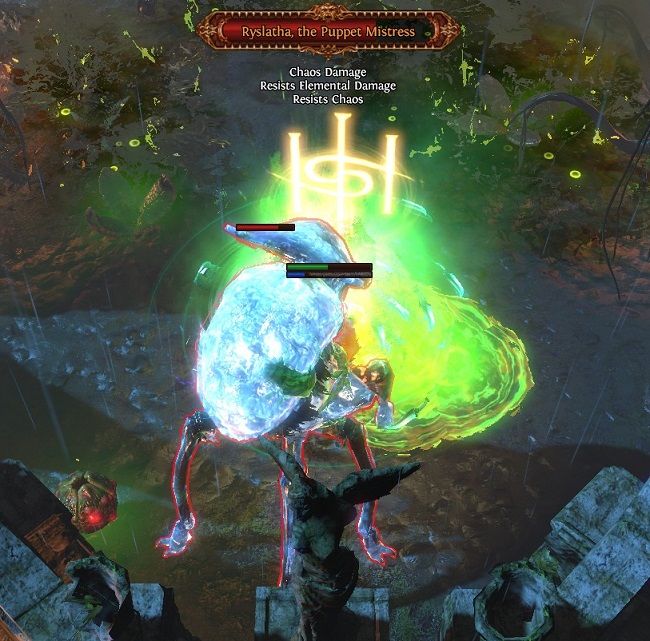 Found in a special zone inside of Wetlands from Act 6.

Up and until now most of these powers have been focused on damage or effects that damage can cause. This one grants a bonus to flask charges gained when not using the flask as well as a bonus when low on life. That is really a great utility power one of which I do not use often. 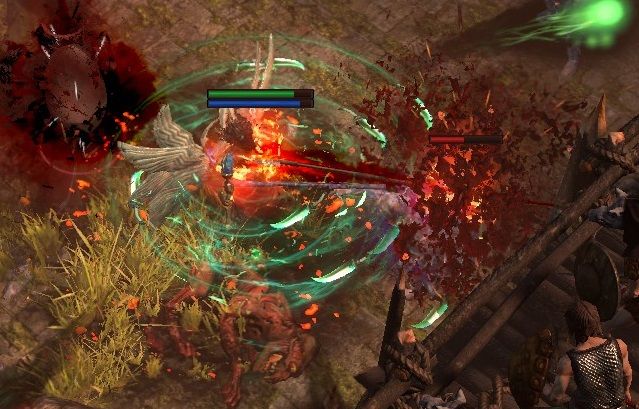 Found in a special zone inside of Ashen Fields from Act 7.

This one along with its second lock can reduce the chance of bleeding or flat out avoid getting things like blinded or maimed. It can also prove some protection for damage over time for a physical which tends to have those side effects as well. 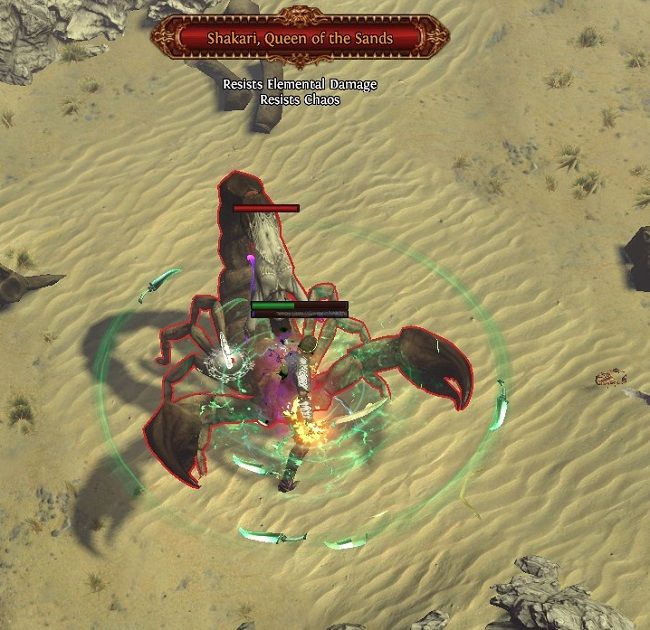 Found within The Oasis from Act 9 a quest in The Vastri Desert has to be completed to enter called Bottled Storm.

At least for the one resistance, I don’t think a lot about and that can be expensive to get is chaos resistance. It can also prove further immunity to poison. Out of all these this one seems oddly specific. Which makes me wonder what encounter have I not been thinking about using this one on.

I’ve been keeping my eye out for gear to come down in price. Once I get a 5 link chest piece I can buy the helmet I want since they have started to flood the market and went down in price five-fold over a day or so. I also spent some currency reforging socket colors, links, and picking up some new skill gems. Might have to move things around a fair amount next time I get a bunch of grades.

Resistance is also good and a little over capped excluding chaos but I never count that one anyways. There not a lot of room to moving things around but I hope in future gear upgrades I’ll get some stuff with much higher resistance. Not to mention by then I should have the ability to add some as well to the gear. I’ve only come across Kaku armor master once so far in my travels which is very odd. So I am somewhat limited by that factor.

Still having a blast and I’m really glad I went for this event. As you can somewhat tell my knowledge is a little lacking in Pantheon usage. I’ve never taken too deep of a dive into that sort of thing in trying min/max that system. Something I can improve on. Have fun!