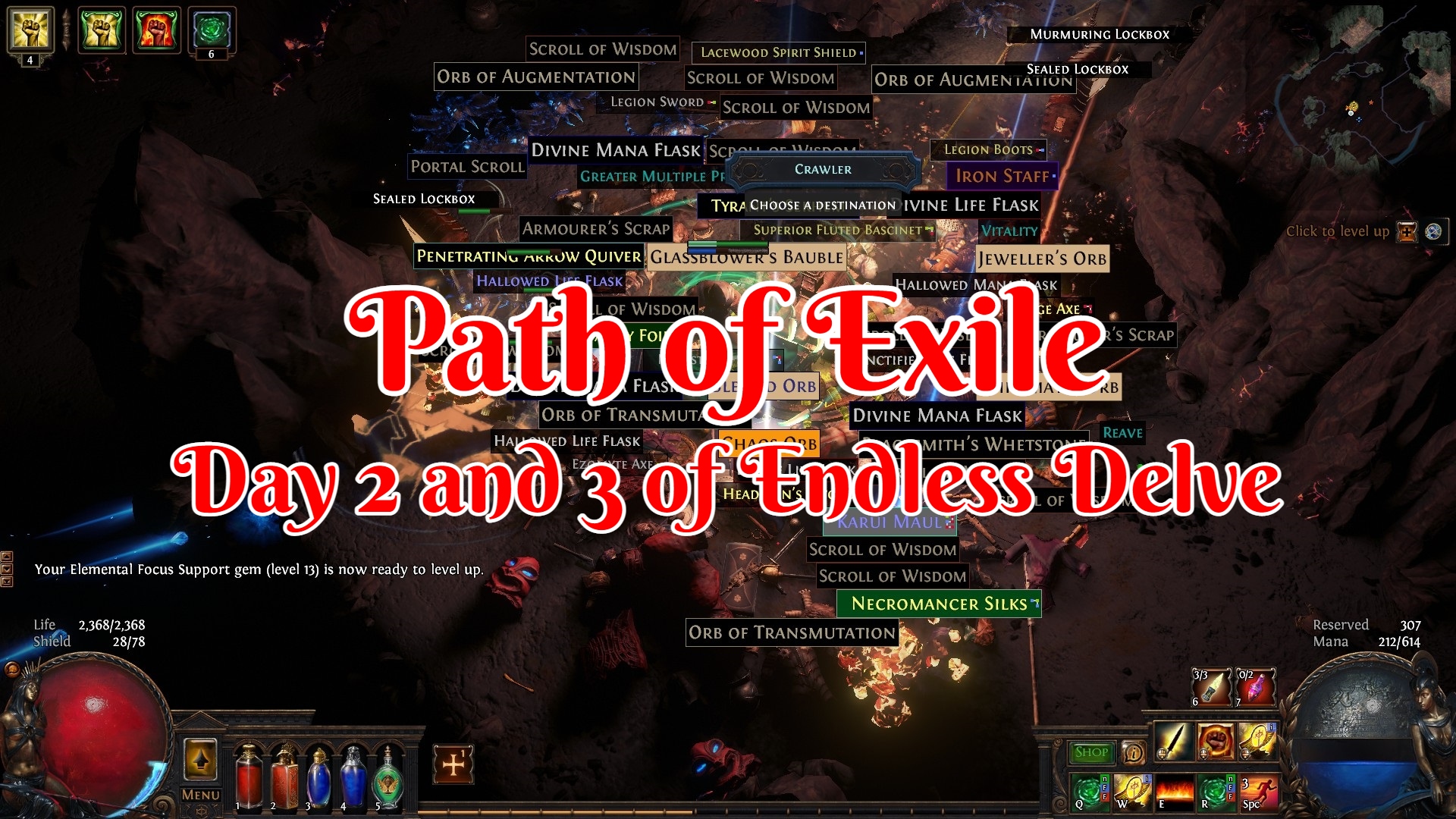 Into the darkness of Delve, I went, and the raiding of many cities. While I didn’t get to play as much as I was hoping I still had a blast. I’m looking forward to playing a little more before the end of the event on Friday. In my last post I left off just before hitting a cluster of nodes called cities. These are a bit different than others as you can enter them into a dungeon of sorts that has loads of chests to loot if you make it to those rooms. Lots of amazing stuff can be found if luck is on your side.

What makes these a bit different than anything else in Delve if you only have one chance to succeed once inside them. If you die while running them they are finished. There is no redoing them all you can hope for is you had others in the area to raid as well and do your best at them.

They can be quite hard between all the areas covered in deadly darkness and what feels like a seldom ending supply of monsters to fight. Some choose to make a mad dash for the rooms at the end with chests in them for loot. Others choose to go slow and clear their way.

I find myself doing a bit of both. I try and clear out some of the harder mobs in areas that have light. This makes it easier and less chance of getting stuck on a wall, monster, or whatever else might happen. I’ll then make a mad dash for one of the end rooms and try to stay on the pad that generates some light while I loot.

Sometimes you get lucky and there are a lot of these in a cluster other times just a couple of them. I’m not crazy deep into the Delve mine itself so I was not expecting to find anything insane. I did manage to raid about 4 different cities that had over a dozen nodes in total.

Not to my shock nothing I didn’t find anything useful for myself. Some stuff if I was making an alt would have been great. That is just how these things go. I only died twice so who knows what ended up getting left behind as I was unable to check some chests. 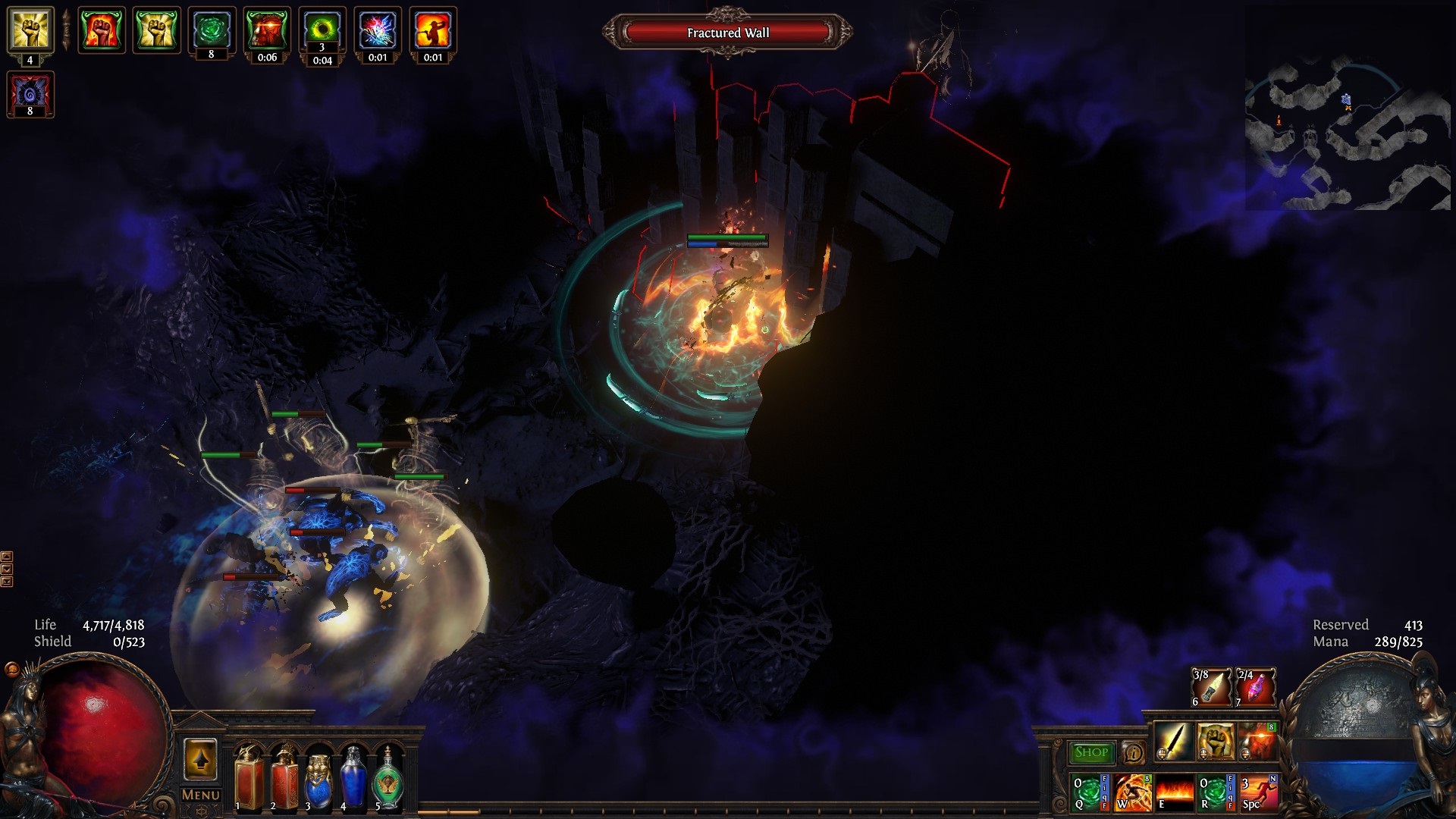 One of the fun things about Delve is diving into the darkness in an exploration of hidden side areas. Some of these areas are hinted at and marked on the map if you can find a way into them. Others you have to find the wall and blow it open to get at what loot lurks hidden without having to do that and then travel to the hidden node.

What is quite interesting about Delve is being in the darkness for too long kills you over time. While you can increase in darkness resistance to survive longer and drop a limited amount of flares that you can hold to fight off the darkness. Going off the track that is laid down before and leaving that light is a sure way to find one's maker. 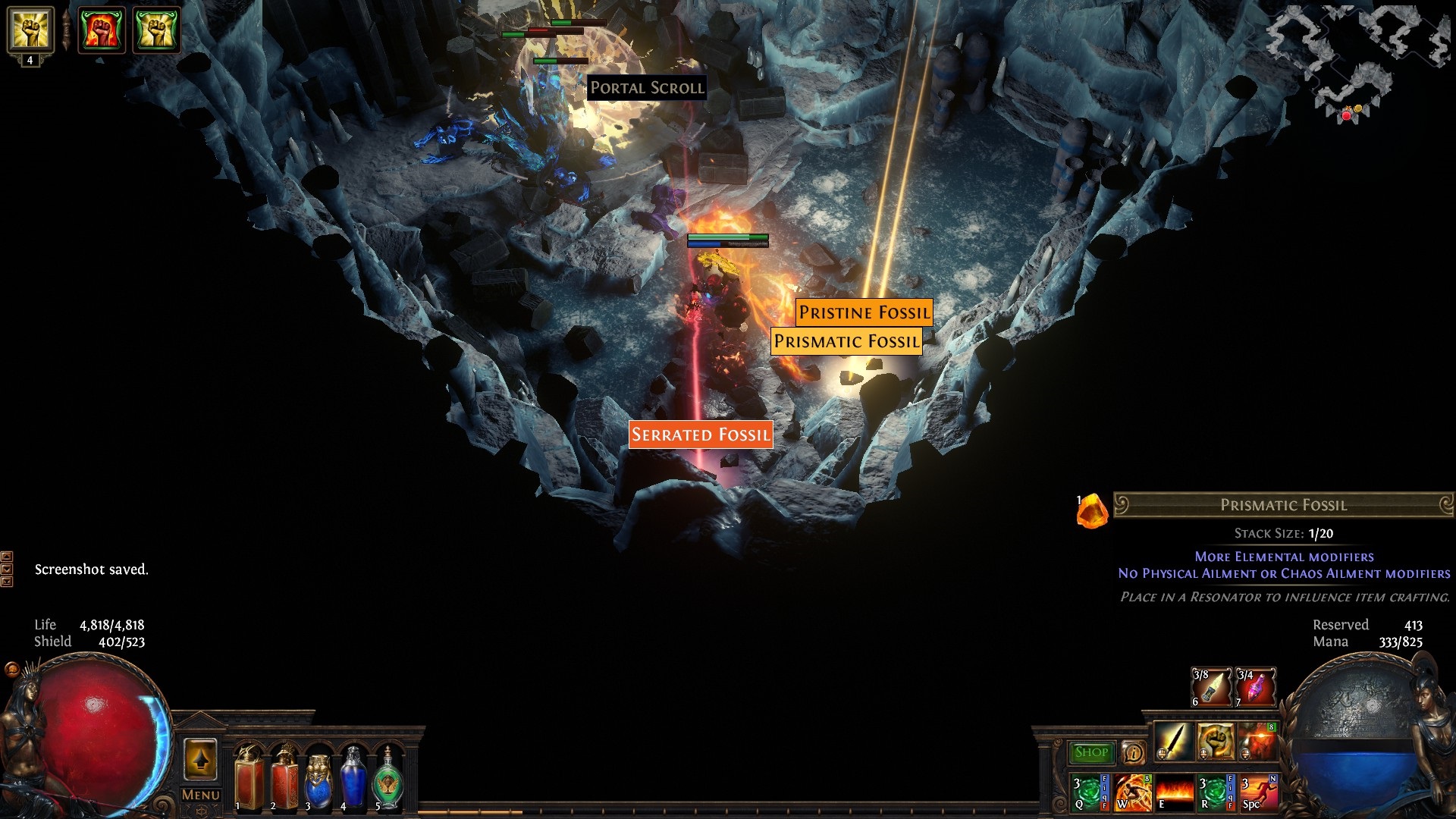 It can be quite rewarding and fun. With this Delve event being solo self-found and no crafting bench there sure are a few items I’d like to have found. I spent quite a while searching for hidden areas both in the lower level and higher-level areas.

Sadly I did not find the one item I was keen on finding. A Pyre Sapphire ring that destroyers ignited enemies and would go perfect with the fire blade vortex build I’m running. There is still a chance I can find one just from exploring in the normal areas or diving into more of the darkness. 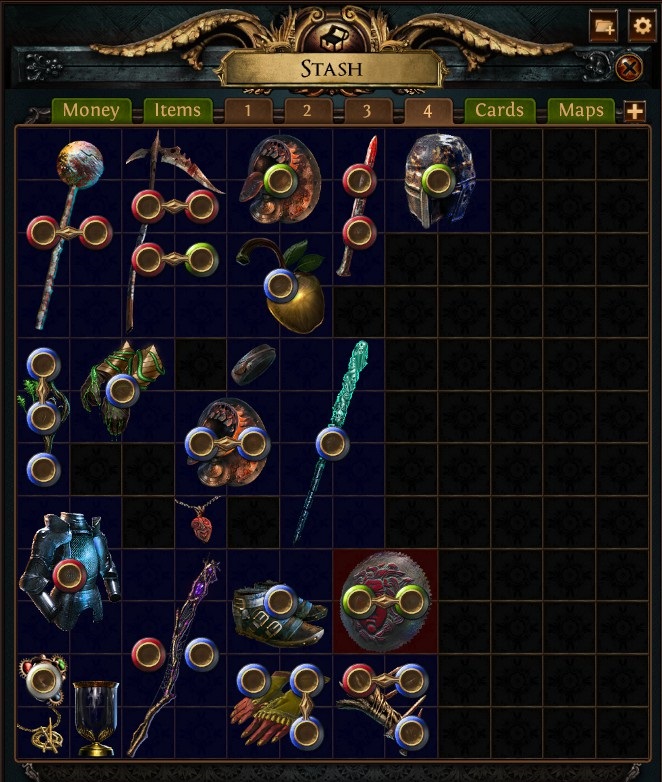 I did find quite a few items. None of them peak my interest. If I had more time to play or if the event was longer I could see a few of the above items I dropped into my stash quite useful for alts. Who knows maybe I’ll dabble with something on the last day. For now, I’ll just keep them nice and safe in my storage. One of the fun reasons to be entering into events in Path of Exile in general for us longer-term players is getting entered into random microtransaction giveaways for hitting certain milestones. All items themselves are just cosmetic and don’t give you anything other than the looking cool factor.

Path of Exile with it being free to play is one of those games that is not paid to win. The game outside of selling more character slots and banking space is all about the cosmetic you can get during certain periods. One of the running jokes in the game is some players spend over $500 to look as good as they do.

All the cosmetics I’m wearing in the above screenshot, effects, and wings I have all won. They are all from a few different events, milestones, and even looting out of free loot creates on the rare occasion I get any.

As such I’m always looking to add to my modest size collection of cosmetics. One thing I do want is one of the portal effects they are giving away to 3k players for reaching level 70. Which is not that hard of a level to hit and I already have. So hopefully I’ll end up with Arcane Voidgate or the Fire Portal effect at the end of this event.

While I don’t have a lot more time left to play I did make it to level 82. The next tier I should be able to reach is level 85 where they are giving away full cosmetic armor sets. Since I already have a fire looking one called Ultimate Chaos I would not mind collecting Necrotic Armor set just for something different. With only 200 players getting it I’m not liking my chance on that.

Beyond that, I don’t think I’ll be getting anything higher than level 85. The rewards themselves can be seen on the [Path of Exile event webpage](Announcements - December Events - Mayhem, Endless Delve, and Flashback - Forum - Path of Exile) under the Endless Delve section. I have not progressed much deeper than I did in day one around 70 depth. While that is not that deep I have been farming sideways for quite a few hours; along with, going back and trying to find some needed items so I can go much deeper. I have cleared quite a few nodes and I’m enjoying it!