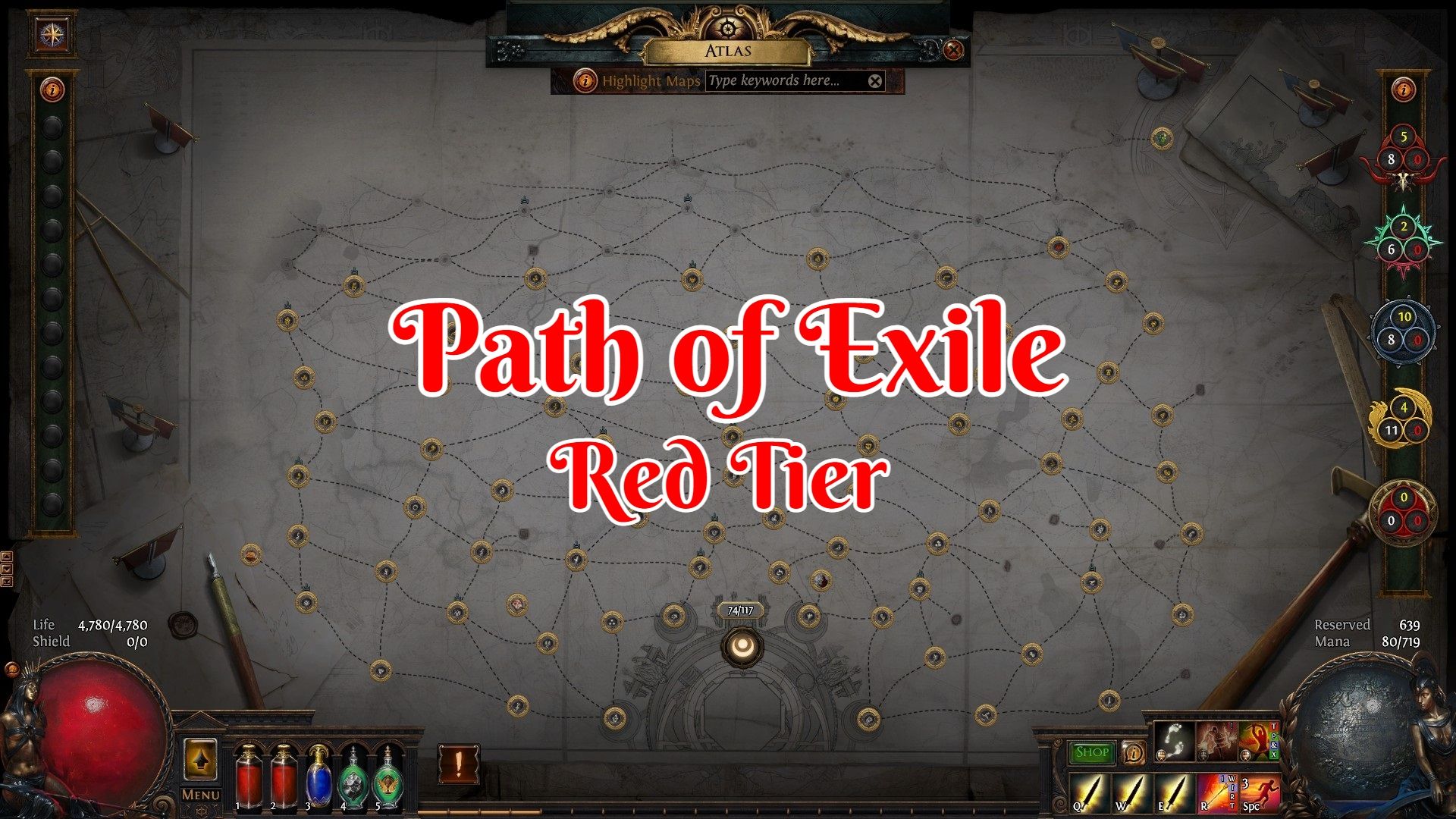 With just six minutes to spare, I ended up reaching my day 4 goal. I also managed to put quite a decent chunk into the Atlas. While also doing my best not to fall behind completing storyline missions and further unlocking options on the Atlas device itself. 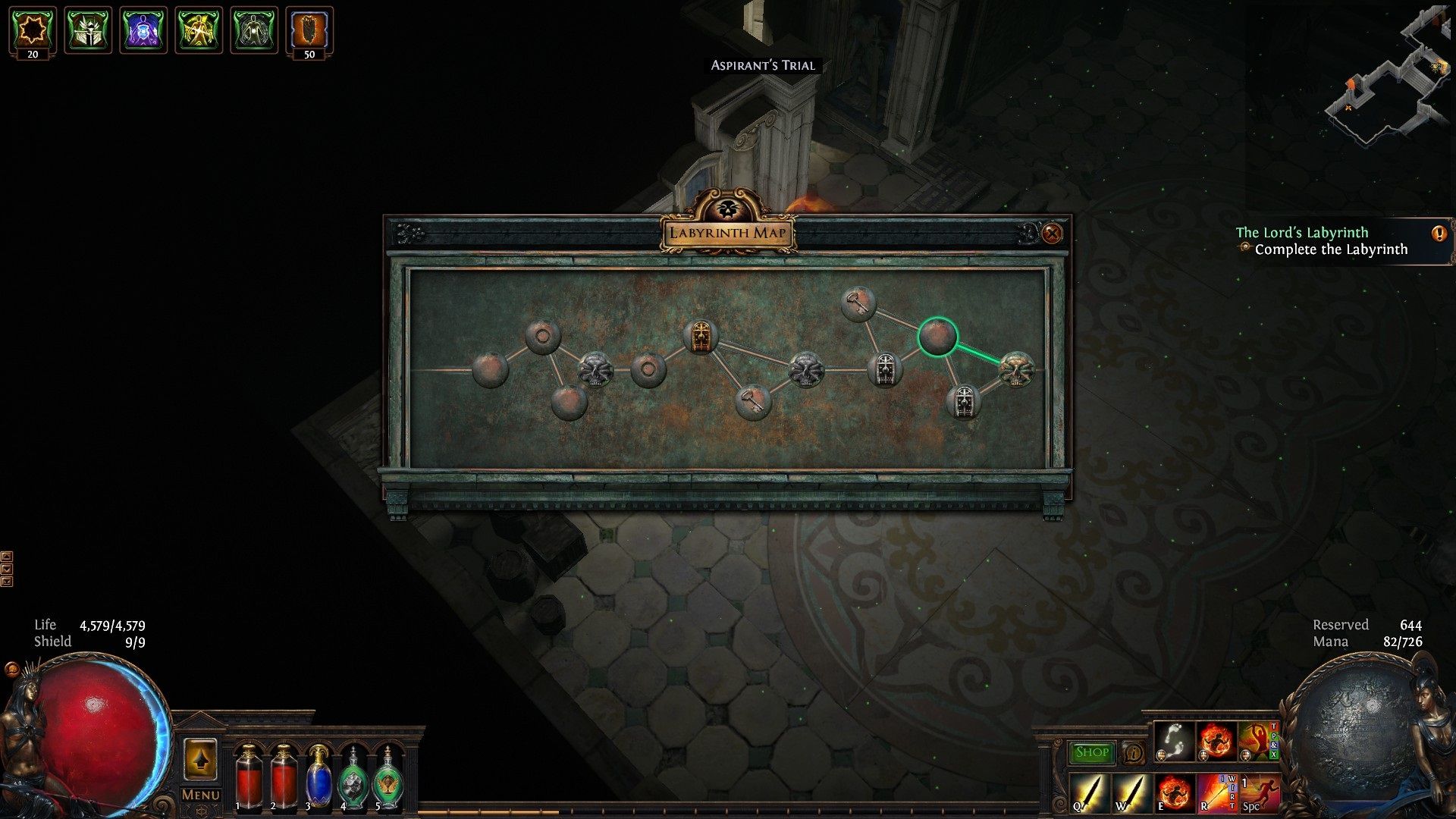 Before I ran off to do a bunch of Atlas grinding I still have some unfinished business. I had yet to run my merciless labyrinth (lab) and I had just acquired an offering of the goddess so I could run an enteral one as well getting my last lab points for my champion.

The lab layouts for both runs were not that great. I have never been a fast lab runner which is why I don’t go out of my way to run them unless I want something. It’s a good thing I was not looking to grind anything out of these as that would have sucked. Thankfully I’ve run enough of these over the years that even a nasty area of traps tends to not bring me down in these things. I however still rather not attempt to press the screenshot button to show the true horror you can sometimes have to get around. This was the easy section of a long track of traps I had to get past.

The final encounter room on the Eternal lab run was a nightmare as they tend to be. Thankfully I could just drop my totems and spend more time focused on avoiding traps than I needed to be worried about getting hit by Izaro.

While now I have finished all my lab runs I’m going to have to go back. I at least want a 2% life regen bonus on my boots and it would sure be nice for once to get a helmet to enchant that I could use doing a league. While I did go back twice to Eternal lab after looting more offerings of the goddess. Luck was not on my side and I could not even get the life regen on my boots to enchant what I wanted. While the boots I have are not perfect it really should not have been this hard to get a common enchant by now. Looks like I’ll be having to try again another day. I had left day 3 with 40 Atlas points and just hitting yellow tier maps. The fastest I have ever made it into red maps was the last league at day 7. This time around I wanted to at least run one by day 4. There were a lot more things I would do this time around while working on that goal.

I ended up unlocking options to toggle on Searing Exarch and Eater of Worlds on the Atlas device throughout the day. For now, the storyline is just having me running with the option enabled once every map level.

Outside of knowing these are end game boss encounters and that having these enabled adds their influence to the map you are running. I still don’t know much about them. The story which I won’t spoil here is just adding a bit of a backdrop to them.

I have noticed some items drop with the influenced stats that were hinted about in the league prevue. I still have much to learn about these two bosses and the impacts they have on the map when having them enabled. They are however not on my short-term goal list to defeat at least not for now. What is on my short-term goal list and coming up soon is farming The Maven’s Crucible along with fighting Shaper and Elder guardians for their drops. I’m not quite sure yet how the market is looking for doing so I’m just hoping it will be a decent farming route. So far I’ve been making sure to do all the Maven quests. This consists of having Maven witness me killing bosses on the correct tier of a map. Once you have enough you get to enter The Maven’s Crucible. While the loot sucks so far since they are lower-level ones. I’m at least picking up Atlas passive point every time. I do have enough Atlas passive points that I’ve unlocked a lot of the passive I’ll be needing for farming guardians and Maven’s Crucible. While I am a bit early and will be picking up a lot more passives by the time I finish off the remaining red tier maps. It is not much else I care about getting for now since my focus is farming these things within a day or two.

I’ve been rather shocked at how well I have been doing with map sustain. While I did struggle a little bit once I hit yellow tier 10 maps in needing to go back and farm some tier 8 and 9’s. So far the only real struggle is when I’m missing a map and I just can’t get it to drop, combine for it by turning in 3 maps of a lower-tier or Kirac offering a mission for it.

The gear I have now has been holding up decently. I did make one mistake and it’s one I made the last league as well. Since I don’t run blight encounters I have yet to do one so I can invite that NPC to my hideout. She is needed to I can put an anointment on a new amulet I got which will give me a passive skill that increases my totem count by 1. I didn’t think I was going to do this before I got my end game amulet that thing however is going to cost me quite a lot to acquire. I ended the day with just six minutes to spare before it was day 5. I killed my first red tier 11 map boss and was getting ready to portal back to my hideout. While it was a bit tough. I am chiseling all my red tier maps for higher quality. I also need to Vaal corrupt them to get the Atlas passive for the first time since they are red-tier maps. All of that makes it a bit harder than I have been running my maps which were just alchemy to make them rare. I made it to level 88 with 74 Atlas passives unlocked. I made next to nothing in terms of currency since nothing much dropped. I ended up spending a bit restocking my other currencies for map running and buying maps off the vendor.

Hopefully, soon I’ll be in a position to start farming for things to sell. I also have 80 Heist contracts to run. I gave up on buying more Heist contracts off the vendor every time I level up. It will already take me days to run what I have. My inventory is also starting to fill up with the special kind of Heist contracts you can’t store in the Heist locker since they are storyline ones. I want my inventory space back!