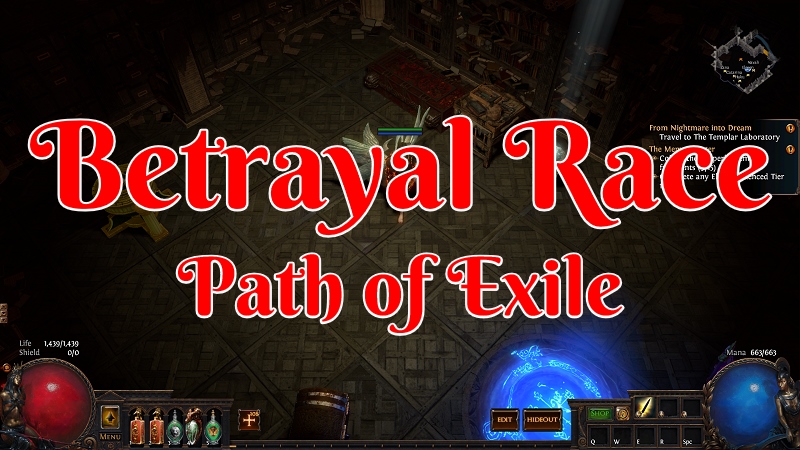 Path of Exile game has been a big part of my blog for a while. I was going make a hardcore character and get him killed after a few hours in. Then post with a one for my homie meme out of it; before, slinking off to softcore. 24 hour race I’ll try and avoid my original plans and go for the gold instead! The league starts on Friday as we can see in this countdown timer on the games website

Recaps From My Last Attempts

I have been attending and writing about my trials and victories during this hardcore race for a couple of leagues now. It is just something fun to do and a great way to see who else is playing Path of Exile (PoE) on Steemit. It is a great community that tends to show up around each league start for a couple of weeks and then they go back to other stuff till next league.

While I have quite a lot of hours under my belt in this game I’m also rather rusty each league as I take long breaks between each one. I think it has been nearly three months since the last time I played. I had put aside some time tonight/tomorrow to take a look at the current meta and get a practice run in. I just really enjoy the mad rush at league start.

They have always been fun and challenging as most of my hours spent in this game have been in softcore. So it is a different playstyle then I’m used to. In hardcore getting killed and that character is done. You get to start all over and maybe if you are lucky you remember to put some stuff in the bank before it happens. This is also a solo self-found so no trading with others players! Which adds an even more fun element to the gameplay. As you just get to play and not spend hours trying a trade.

Shadow tends to be my league opener but I’m not opposed to trying anything else that looks interesting. I tend to stay away from ranger, marauder, and scion as I just don’t find much fun in those classes as a league starter. To each their own though I’m sure someone out there loves those and can clean the floor of me with them! I tend to go for melee or totems as a starter and sometimes will play an entire league with soothing like totems. They are just a great cheap way to enjoy the game without having to do a lot of farming.

Since this is a 24-hour race I’m going to start off by going at a slower safe pace and pushing hard towards the end. I think the first 10 or so levels I’ll take it easy as I get back into the game. After act I or even II I’ll start to go a bit faster. I might be a little delayed from starting when the league starts.

I don’t normally check in on how everyone is doing very often. Unless I’m taking a break and looking to read up on how others are doing or checking in on those who remain silent!

Good luck to all those who enter! May you die less then I tend to do hehe.