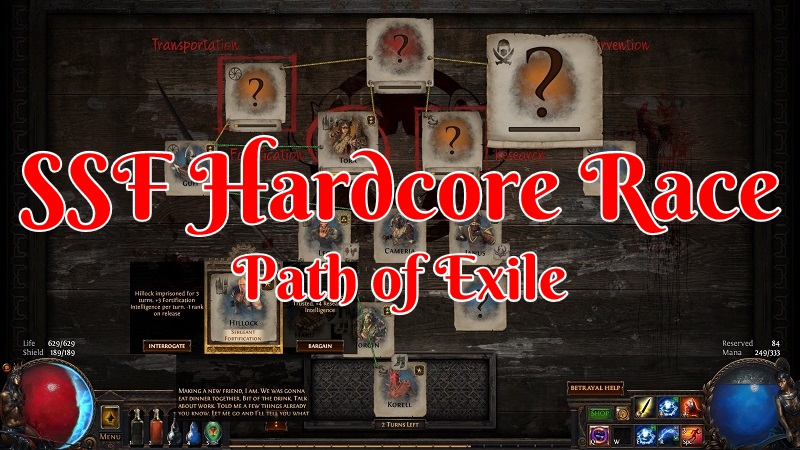 With this race being shorter than the last few we have had I played it a little different this time around. I rather enjoyed the shorter format. I could push somewhat but not too hard and I still get to enjoy my weekend as well since it’s only the afternoon on a Saturday. With how busy I been I appreciate that. 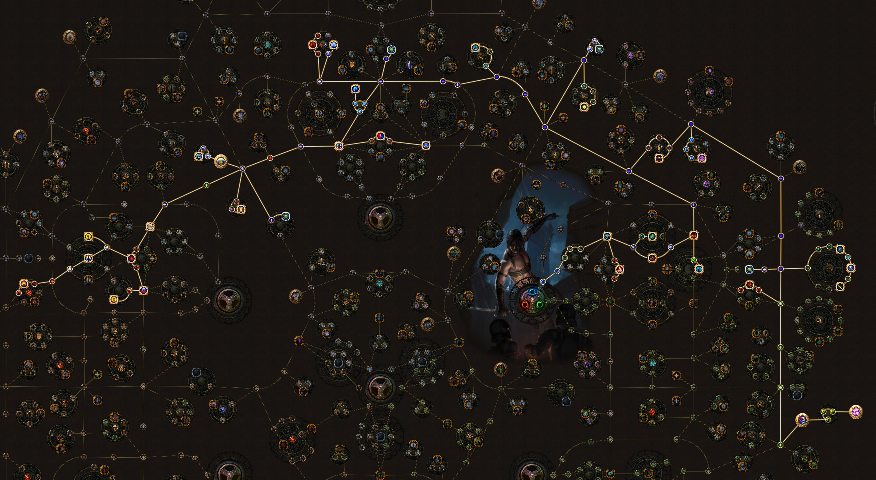 I ended up taking a nap four or so hours before the race even took place. I wanted to be well rested. I made sure I had a couple of classes all planned out in Path of Building before doing so. I did some light reading of patch notes and tried to get a basic understanding of the league mechanics the best I could. Without playing on a test server and with every little knowledge out there.

I woke up 15 mins before it went time and started to download the patch. It was a massive one over 9 gigs if I recall. I suspected they would get a lot more players to show up this time around. In part, because they seemed to really up their game in what this league was going have. Also banking on the bad press diablo Immortal got along with how badly Fallout has been going. Players I assumed wanted something fresh from a company that they believe could deliver the goods. OH, boy did the players show up in masses this time around.

I enjoyed a late lunch, refreshed up, and make sure I had a few things to drink while I was planning this epic grind. 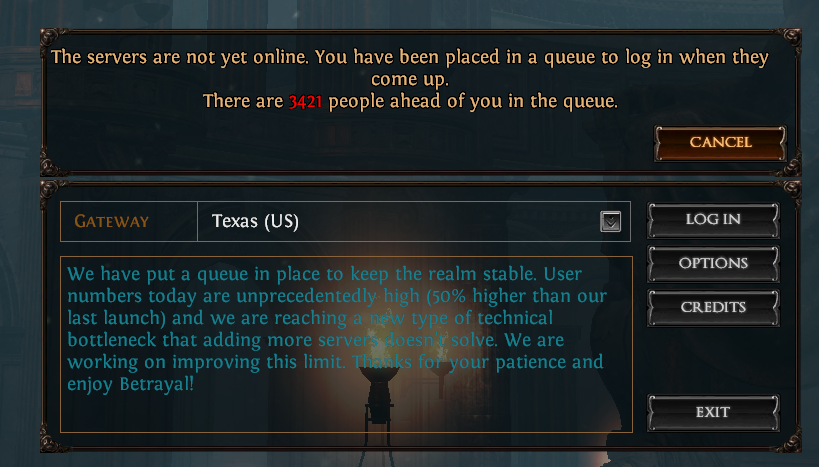 I got in about 50 mins after the league had started with no queue at the time. I was hoping by then if there were any server issues or last min patches being needed it would have been resolved in that time. For a little while, everything seemed to be ok. You had your disconnect here or there but that was expected with it being league start and the mass of players.

I did decent in the first few hours as well. I made it into Act 3. I could tell their server where struggling to keep up with demand as it took a while to zone. I even disconnected one or twice while trying to move on to another part. They had even added in a queue to slow down and help their server out. Which is fair as I missed out on the whole wait in queue thing at the start like I normally would do anyway. Queued if you do queue if you don’t!

As a long-term player, I know the sighs when you are really asking for trouble. The first one being as mended slow zoning times. The second one being actions taking just a millisecond or two longer to the point you notice it. Which I had started to notice more and more often. I would overshoot going into walls, it would take a while to set off my mines, and so far. 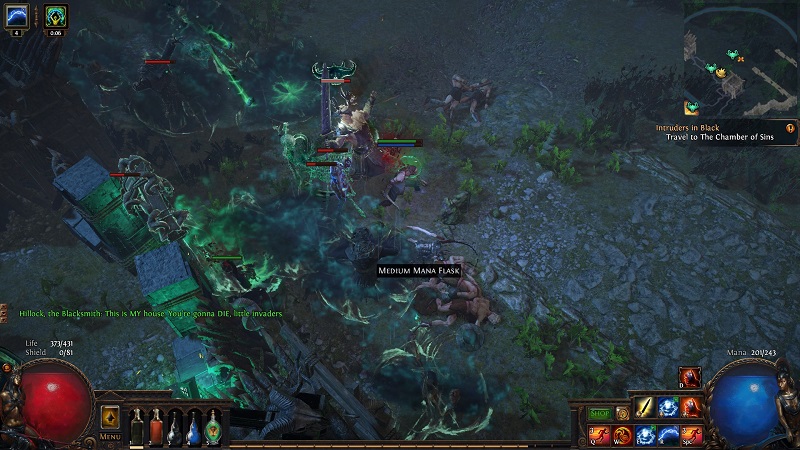 So, I slowed down a bit. I would just wait for the servers to catch up and for people to give up before trying to press on to fast. I could have taken a break but it was a 24-hour race and well I kept pressing anyways

I even went sign seeing a bit. Almost got killed a few times checking out the new zones, forts, and taking out new league mechanics. 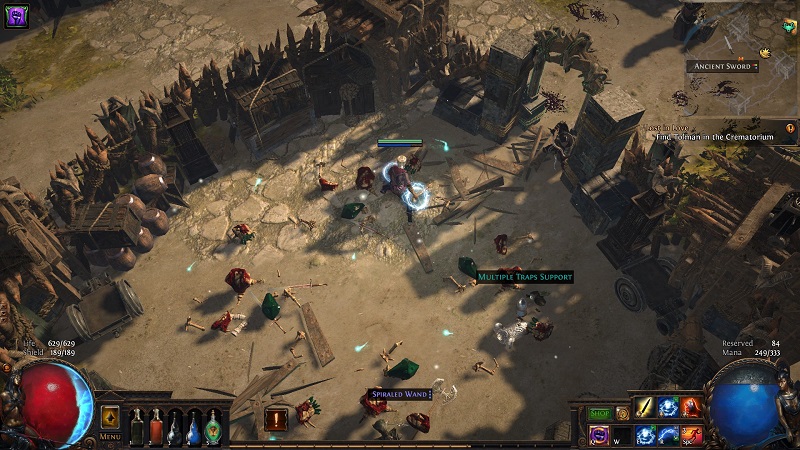 I clear a few of these. 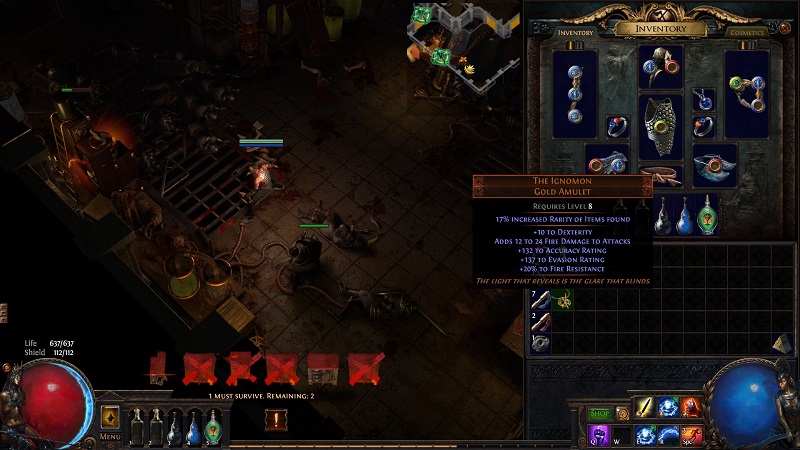 I even went into this crazy zone. Had leave and town port 4 times to refill my flask. So rippy!!!

I had looted a couple of achy and I used them to make two rare stone-rings with some decent resistance on them. I felt rather a confinement I was keeping up decently with my gear upgrades and not pushing too hard or fast. While it was not the best I could have acquired that also takes some time. I even had a 4-link chest robe for my main attack Arc with remote mine, minefield and trap mine damage. So my damage output was quite nice. I did not even find bosses that hard so far.

Then I hit a lag spike while trying to escape a rather nasty hitting guy guarding one of the new betrayal structures. They port out of them to attack you and then go back inside to heal and repeat. They can also follow you quite a distance. 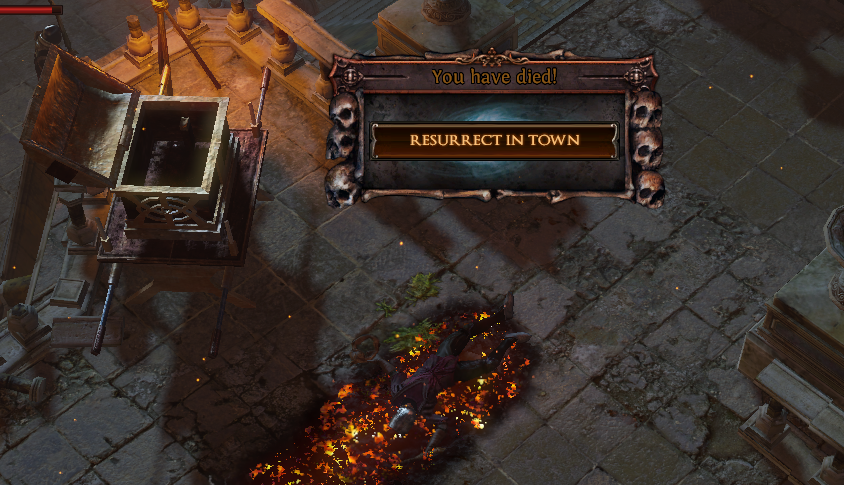 We can see in my own screenshot my flame dash tracks of escaping are still fresh. I was flattened by something rather nasty. In hardcore when you die you are done. That character is moved off to the normal league. Losing a level 26 while not the end of the world sure killed the wind in my sails. 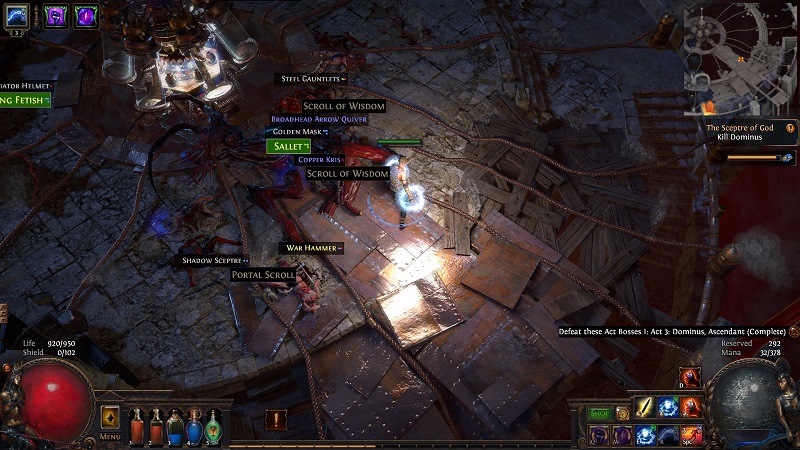 So I added the word two to the end of the name I was using and make another toon after a short 5 min or so break. The thing about hardcore is you just got go back in. Getting taken out like that blows but you got to go on.

After a little while, their server went offline again and again. So I took a few hours break. I was debating if I should just go to bed or wait and keep trying. One everything seemed somewhat stable again I went made it back to where I was killed the first time in less than 2 hours. I’m not the fastest leveler and I’m no speed runner but I made decent time.

Then I had more issues again with server lag and I called it for a couple of hours. I did not sleep too long but I got some hours. Had some other stuff to get done and then I got back in again and went to town leveling again.

I ended up making it to level 35 where I just felt too tired to go on. My gear was quite bad at this point. I lacked the currency to try and roll myself something better. I did not even have two of anything to rub together it was quite bad.

I even ground out some lower level catching up from behind under level by 2 to being above level by 2. Since it is solo self-found there no trading. I was thinking of running blood aqueduct for a while to try and farm up some stuff. For whatever reason, I just lack the energy to go on. Struggling to just get a few words out for this post. So I’m going to get some needed rest. 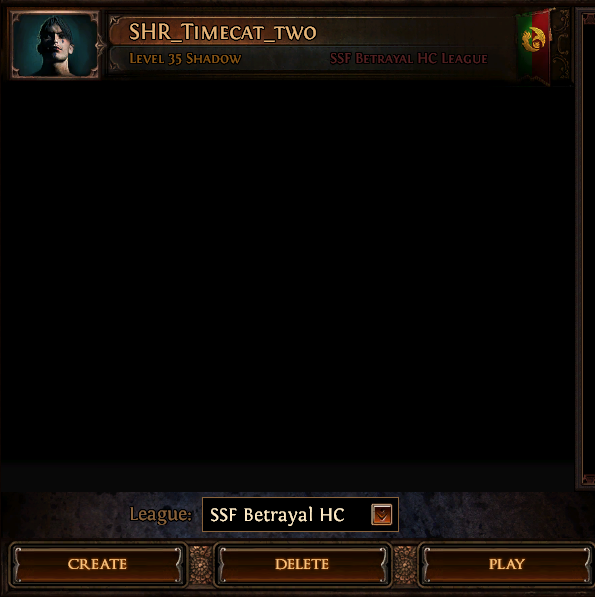 Somewhat disappointed with only getting to 35. December is always a hectic month so I was aware of going into this my energy levels would be a bit of a struggle.

I had an amazing time. I stop counting the number of times I almost died after 20! Quite a fair amount of heart-pumping action as I was rather rusty at playing this game. I had everything from two bestiary creatures hunt me down at the same time. Along with getting stuck on a pixel and almost getting whacked. Not to mention trying portal out and the zone not wanting to load!

Thank you very much @mattclarke for hosting and running this contest for the path of exiles players out there on Steemit to partake in if they feel up for it. It was a blast on my end! I wonder how many deaths in total there were. I know I was not the only one that had at least one fatal blow.

I’ll be starting over the weekend a softcore character and enjoy the new content. I don’t fully understand it all yet. I was kind of in a rush and skipped over a lot of the lore and in-game text, it was giving regarding stuff. Until the next one cheers and have a great weekend!