Before departing from New Sorpigal however, I had one quick thing I wanted to test out. My Knights strength had increased to I might be able to pull the sword out of the stone. Sure enough, he was able. It was however quite a chunk sword worth next to nothing.

I then went to the town hall to check to see what the monthly bounty was. It turns out it was a huge spider. I’m quite certain one of the dungeons in Ironfist has such a spider. I however had very little time left in the in-game month to collect the bounty.

I quickly ran over to the stables and got a horse ride to Ironfist. While I had already killed quite a few creatures in Ironfist I was avoiding certain sections. I also did not go back as far as I would have liked. There was still a lot to kill.

I then headed for the dungeon in question. There were still a few lizards and other things to mop up along my way. 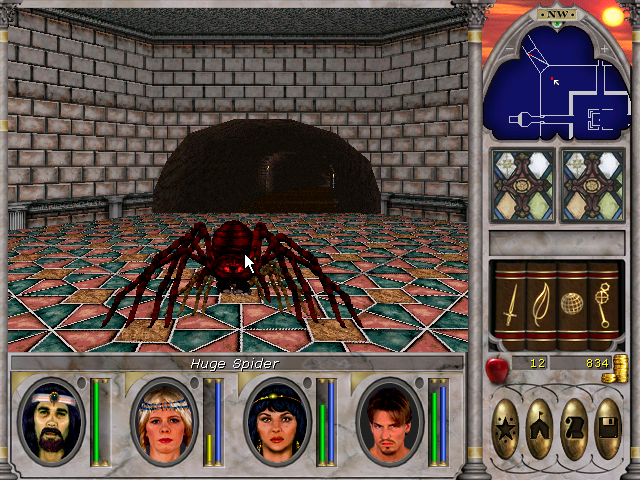 While I was considering doing the Temple of Baa next where the huge spiders can be found. It and a couple of smaller spiders ended up kicking my behind. This proved to be a much more challenging endeavor than I was expecting it to be.

Once it was dead I ran back to the stables and got a ride back to New Sorpigal to collect my bounty for killing the huge spider. With just two days remaining in that current month, I got a quick 1.2k gold. I then went back to Ironfist to do more clearing.

I finished clearing the surrounding area around the Temple of Baa and another dungeon nearby as well. After that, I went toward the harder part of the zone.

I decided after that I would clear up a hill since it was mostly easy to kill things. I would then from the top of the mountain attempt to snipe any kills I could. I mostly however did not want the lizards at the top to come wondering when I was trying to clear the bottom area. I went and spoke with The Seer at the top of the hill. He informs you what the current month’s shrine is. While at some point I’ll be making a bigger attempt to visit each shrine in the correct month. I’ve not been trying to rush to get to some of them early game.

At this point, I had also racked up enough gold that I went back into town. There is an NPC in there that teaches expert bow for 2k gold each. I had slowly been getting each of my characters that expert and the 4k gold I had was the remaining of what I needed to be done. 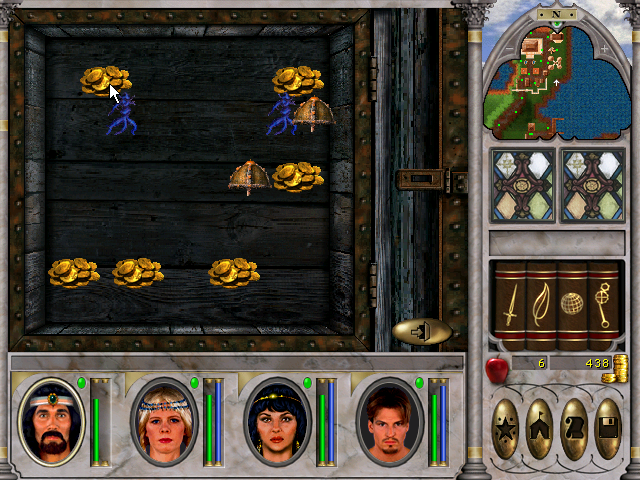 I also went around searching for random treasure chests. Ironfist had quite a few located around mountains and hills. These, however, you have to be careful of these as they can be tricky to open and some of the times my group would suffer a lot of damage when things went wrong.

I then made my way to the northwest of Ironfist that I had not explored much of yet. Back there are quite a lot of spread-out groups of creatures to clear out. Along with further treasure chests to open. There is even an inn back there along with a dungeon not too far from it. At some point, I need to decide which dungeon I’m going to tackle next. Ironfist has some difficult ones that I’ll be skipping over for a little while.

Since I don’t quite recall which ones were the easier of them. I’ll have to give each of them a try. Thankfully I can kind of tell just by entering into some of them that I should stay far away from them. Others I’m not quite certain yet.

Thankfully there is a bit of a shortcut if you are willing to take it to get back to this part of Ironfist. There is a teleporter just outside the castle up the hill. The issue however is the large number of spawns you will run into. I ended up going the long way. This involved climbing the backside of a giant hill. There is only a certain spot you can enter that way. The way you are supposed to go in would have quite a few spawns of creatures that I would end up getting aggression on first if I went that route instead. 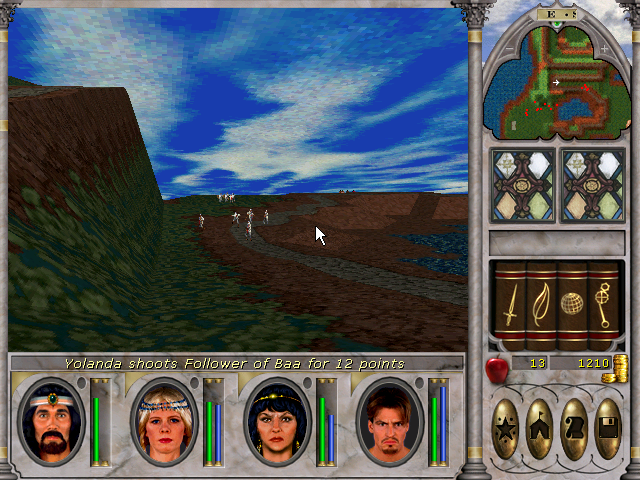 After that, I finally only had a couple more sections of the map to clear out before I would be done. Those were quite easy to do. Now I have full access to all the dungeons in this zone without getting attacked. At least for now till the zone respawns.

It seems I’m spending my gold as fast as I’m getting it. I know I’ll be needing a lot more for a certain trip to an island I’d love to take. Perhaps I’ll be doing that next depending on how much gold I’m able to scrap up.