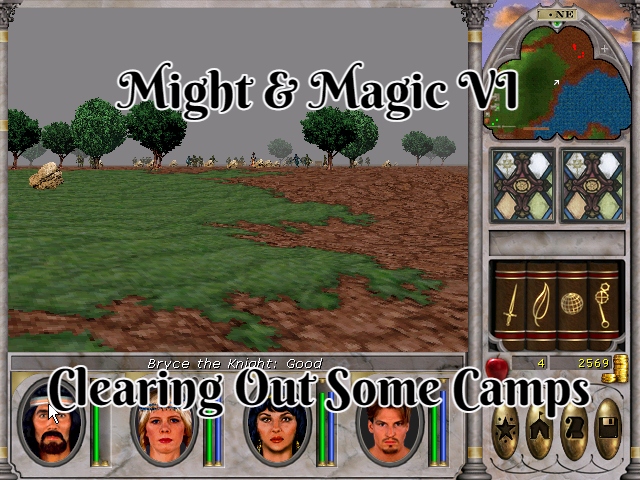 Now that I had some money it was time to head over to the next zone Ironfist and finish off a quest while picking up some needed skills. This will allow me quite dramatically increase how fast I could clear. Along with clearing out certain areas of that zone before I headed back.

I first headed for the castle that was on top of a hill in the town. In the Throne Room is Wilbur Humphrey. While usually, it can be a decent idea to talk with most NPCs you run into in Might & Magic VI. There is an exception with Nicolas Ironfist as once a certain event occurs he will leave the castle and you won’t be permitted back into the Throne Room to turn in any missions till you find him.

I then went down to the lower part of the town and explored the homes there till I found the right NPC that could teach all my characters to use a bow. From there I took a short walk to buy some bows from a local arms dealer.

While it might sound strange getting bows for all members of my party when three of them are casters. The fact of the matter is mana runs out quickly. Since I don’t have mana potions and don’t want to take lots of rests to regen mana. Bows are quite overpowered early into the game. 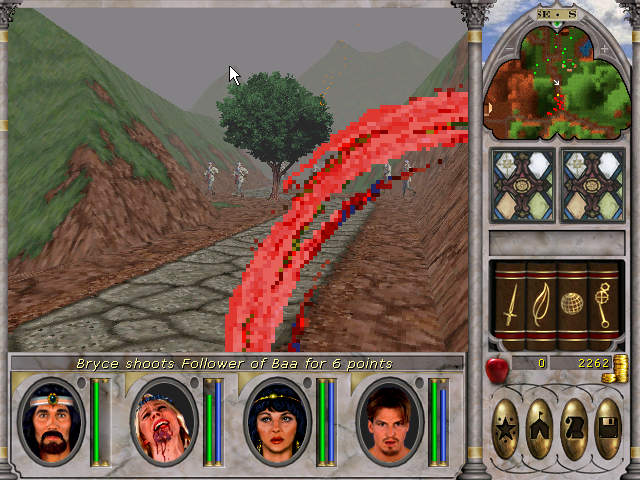 After that, I went around clearing out a bunch of Baa NPCs. While they are all magical and shoot range spells at you from their staff weapons. As long as you walk backward quite a few of their attacks will miss you.

You can see there are quite a few red dots on the map in the upper right. Once I cleared them out I went further south and west. I baited out the remaining Baa as they are quite easy to kill. I however stopped once I triggered the rangers that have a lot more health and deal an increasing amount of damage. They would be a bigger challenge than I’m looking to take on for the time being.

I then returned to the town in the south and headed west out into a wide-open area. While there are a lot of rangers I need to look out to avoid. There are also quite a few more Baa that I can pick off.

After that, I checked the stables to see if I could get a ride back to New Sorpigal. I was in luck and did not need to go further down the road to walk back to the starting zone. Once in New Sorpigal my goal now is to clear out the mainland areas of quite large camps of creatures.

There are also a lot of islands that I can’t get to at this time. They contain many harder-to-fight creatures and I’d have to come back from them at a later point in time. After clearing some creatures to get past a mountain area it opened into a much wider area. The Apprentice Mages were a lot easier to kill than the Baa and I just did the same trick of walking around usually backward to avoid taking most of their attempts to shoot me with spells. While the bows I have do not deal a lot of damage. As long as I did not push in too fast I could take on the Apprentice mages in the area in almost separate waves like I was peeling them back from a centralized point.

After a short amount of time, I was able to fully clear out the area and round up any stragglers that were trying to run away from me. A big reason I wanted to clear out this spot was to loot the chests here. I then followed the coastline up toward where there is a castle. There are a couple of easy-to-kill goblins. Along with another chest I wanted to loot. I even went up the backstairs to the second floor of the outside of the castle to clear out a couple of goblins up there as well.

It was then time to head into the town across the road from the castle and clear out some goblins on top of a building. As always in a game like Might & Magic VI you need to be careful to not harm any of the town folks as that will have negative effects doing so. I a neat little trick I like to use to take out the goblins with ease and not risk harming any of the town folks either. Is going up on a hillside next to the building that has goblins. I then can shoot them with ease and go up there and loot them once I’m done.

Once those were cleared out I headed down to the water to the west across a bridge that had some goblins on them. The bridge itself is also a trap that spawns further goblins which I triggered to just get out of my way. 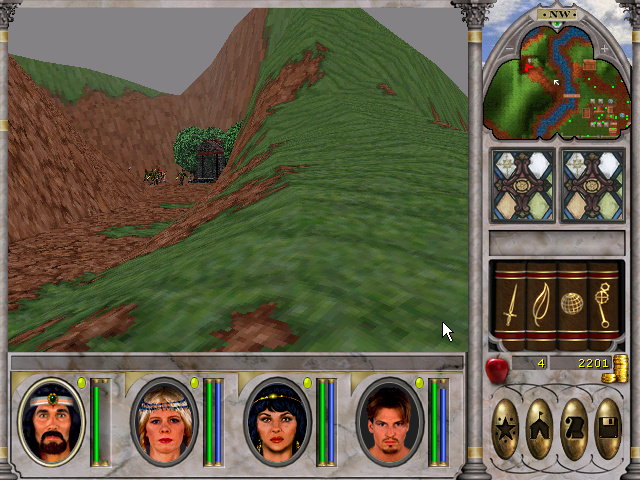 I then cleared out the pocket of goblins and Apprentice Mages that are back there. Allowing me to loot some more chests as well. This also clears out the entrance to a dungeon that I’ll come back to later to run.

I then went back to the main round and followed it to a boat that had a couple of goblins around it guarding it. There are also some barrels there that grant some stats that I had some members of my group drink.

From there I headed off to a large camp of goblins. I contained to use bows and slowly work my way up to clearing off the goblins. Unlike the Apprentice Mages goblins were much easier to kill. Outside of the higher level ones that have different colored skin such as blue or red that deal ranged attacks. The normal green goblins are just melee and stood no chance to my range damage. I then looted the chests in that area. While I did not get a lot of useful items or armor for my troubles it was at least better than having nothing. Thankfully my knight with his trap skills was able to open the chests here without any issues.

After that, I finally went off to sell anything that I had no use in that my knight could identify since I picked him up that skill as well. All the non-identify stuff I’ll hold onto all for now. If they are anything I think could be worth a lot or useful for me now I’ll spend some money to have them identified. Otherwise, I’ll just wait till I can put more skill points into the knight's skill to do it himself. 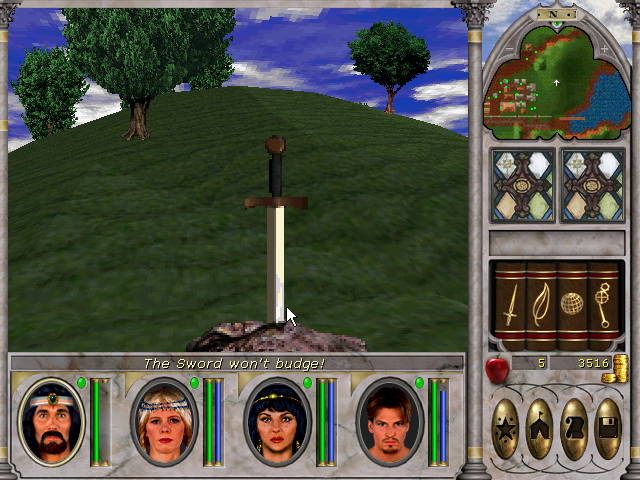 I always love clearing out New Sorpigal of all these different encampments around the main body of land. After a few months of in-game time, the zone will respawn as well. Hopefully long before then I’ll have two dungeons in this zone cleared out as well before I head off again or Ironfist.

I feel I’m making some decent time other than the rough start of the first couple of in-game days. With two healers in the group, I’ve been able to not need to rest for eight hours to heal up. This has also allowed me to heal one of the healers once they get knocked out when things did not go according to plans during some of the clearing of camps.