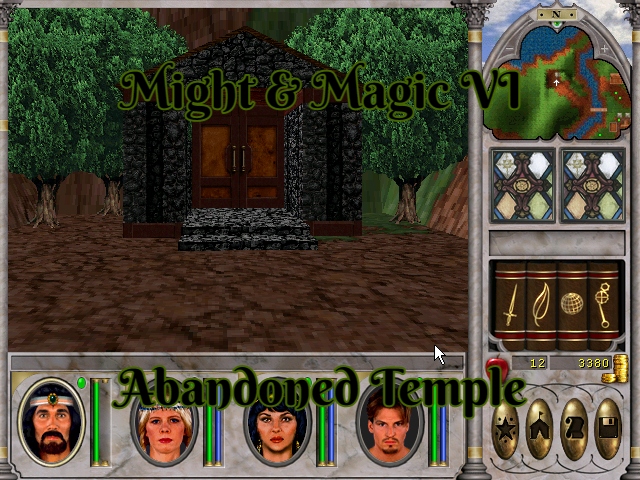 Abandoned Temple is not a dungeon I enjoy running a lot. This one took over an hour to clear for the first time. A tad longer than the first dungeon I ran. Hopefully, in the future, I can cut that run time down by a lot.

The Abandoned Temple is found west of the town in New Sorpigal across a bridge over the river. If you have yet to clear out the pocket of creatures make sure to trigger the trap on the bridge by going back over it.

You never want to trigger that trap if you are in bad shape and need the healer's services. Thankfully many years ago I learned a hard lesson from that mistake! One I make sure to avoid repeating if I can.

It seems to I need to venture into further zones to check what spells they have for sale. As the two zones I tend to check have not had much of what I was looking for in an early game to make things a tad easier. 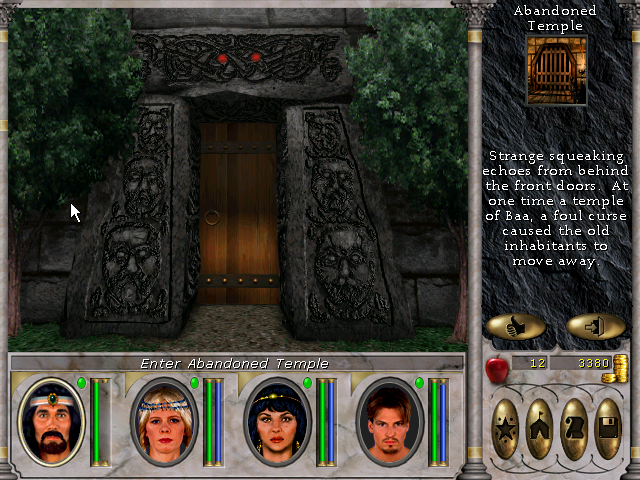 Since my group is set up for more ranged damage I found the hardest part of Abandoned Temple at the start. As you don’t have a lot of room and there are a few tight spaces you are trying to lure creatures out of.

Thankfully the entryway is right there. So as needed I’d just jump out of the dungeon and back in again. That would reset anything that was chasing me back at its respawn location giving me another chance to try and range damage down a couple of creatures at a time.

Once I cleared out the entryway and looted some items on the ground. This dungeon I find has some extra loot both on the ground and even hidden for the player to find. Outside of just looting chests and the rare drop of a creature itself.

I came across two doors. The one to the east is a very short room. It is however filled with snakes that drop down from the ceiling as you enter it triggering them. There is not a lot of space either to work things out so I took my time with them. 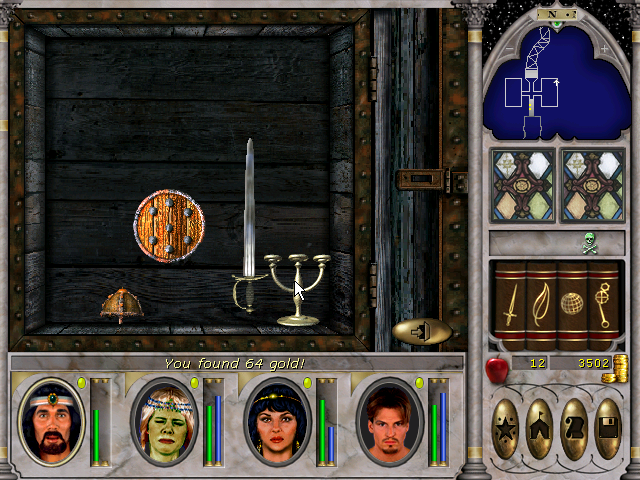 Inside that first shorter room, I found a chest with a quest item inside it. Andover Potbello at the inn in New Sorpigal was more than happy to take it off my hands for me. The other side of the hallway had three rooms to clear out. These again with the tight spaces a bit annoying. I found myself running back to the entice of the dungeon a couple of times.

That however would be about the last time. As the rest of the dungeon has a lot of long and wide open areas till the end. Even then lots of space to take advantage of range combat.

There is quite a long weaving tunnel filled with lots of bats leading into the next section of the dungeon. It did not take very long between the first few rooms and this part for my entire group to have fallen ill.

Thankfully the church is even closer to this location than the last dungeon to get cures since I can’t do that yet. It is however a much longer walk in this dungeon to get back to the entry. So I limited the number of times I went out for healing and curing. 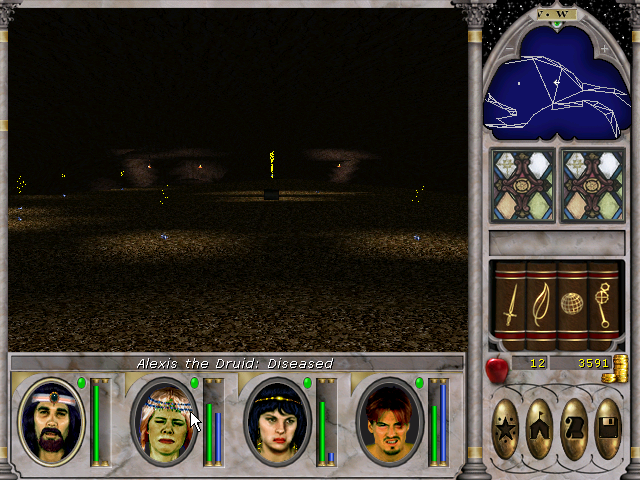 Over some time the tunnel opened up to this wide chamber. In the middle of it is a trapped chest that shoots out sparks. Along with you avoid the sparks that land in the same spots and are not near them when they explode. It’s quite easy to get to and loot.

Towards the left side of the cavern is some loot and a few more creatures to kill as well. You then head into a much shorter tunnel till you make it into the next chamber. The next chamber has two different directions to take. Heading north after some clearing takes you to find Angela Dawson The Child who if you have a party room will join you. Her mother who is on the northeast side of New Sorpigal town in a house is looking for her. While Angela Dawson is with you she takes a small amount of gold every time you loot any.

That is however not where this part of the chamber ends. There is a corridor you can take that sends you to one final room on this side of the dungeon. 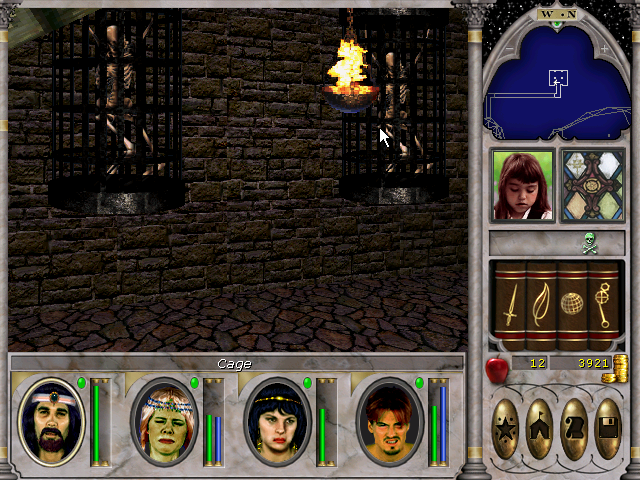 In there will be a room filled with hanging cages. If you click on each one of them most will have a hidden item to be discovered. A great place to pick up quite a few rings and even neckless for my party. One of them ended up being worth keeping while the rest did not have any stats so I sold them.

I then headed back to go in the other direction I had yet to take. This had quite a few more tunnels I had to clear before I got to another area with split pathways in a larger chamber. Here I needed to be careful as you can fall off the ledge you are standing above on into a lot of creatures below.

While it is always tempting to try and snipe off a few creatures from above. It’s not very long before they are under you and out of your line of sight. I killed a couple but it was more important to make sure I did not accidentally fall off.

These last few areas are covered in dense spawns of spiders and snakes. Thankfully if you are careful enough you can get some decent distance to take things out at a range. 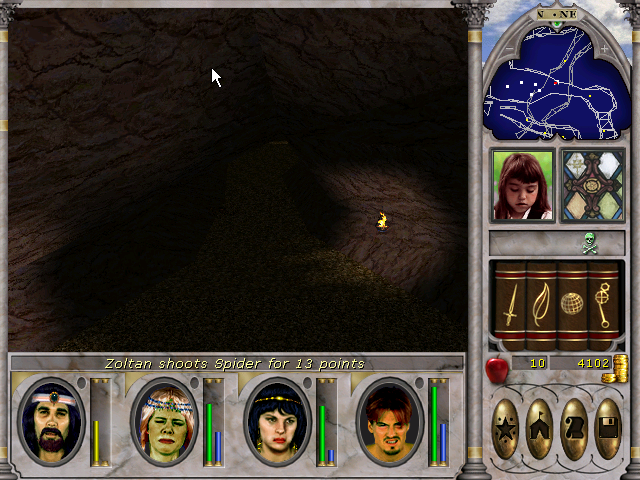 I first headed west which lead to the shorter of the two paths to take to a dead-end that has some loot and a teleporter that puts you back into the middle of the dungeon a few steps away. Not a bad way to save some time if you need to get out of the instance. There is however a much better teleporter to find. 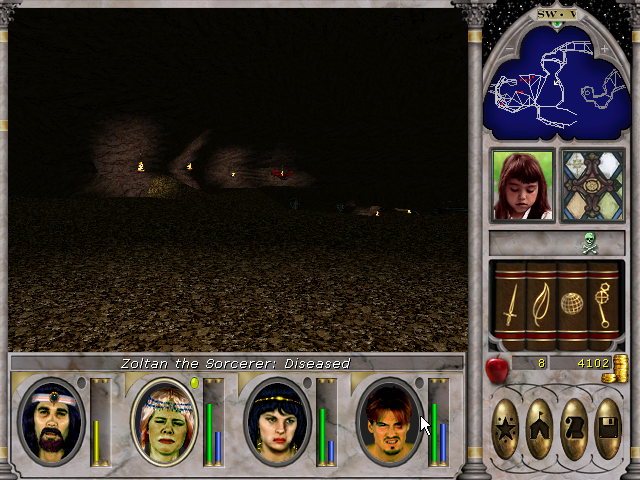 I decided to clear out the spiders that I was already in the range of for the sloping west location. Once those were clear I moved forward a little bit to the south and cleared out anything I got aggression on that way. I wanted to create some wide-open areas where I did not have to worry about getting adds on me. I then cleared out the first couple of chambers heading down west. I wanted to make sure I did not forget to loot all the Cobra Eggs down there. These eggs will respawn with the dungeon and you can keep turning them in for gold to Hezjaz Mawsil The Mystic who is in a house in New Sorpigal on the east-southern side. I then went deeper till I found the biggest spider in the dungeon the Spider Queen. She drops a heart that you turn in for 1k gold to Buford T Allman the Barrister in one of the homes in New Sorpigal. If I recall he was on the eastern side of the town as well. 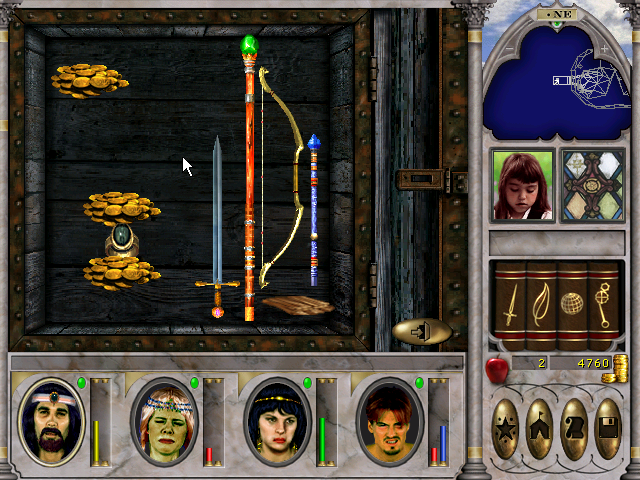 There was then a little bit more clearing till I reached the final chest of the dungeon. I’ll admit I was a bit disappointed. Other than getting a brown cloak which is that gear nothing else I looted here I ended up keeping other than the gold. Not even the ring ended up being anything to use. Just outside of this loot room along one of the walls is a teleporter that takes you back to the start of the dungeon. If only every dungeon was like that in this game! 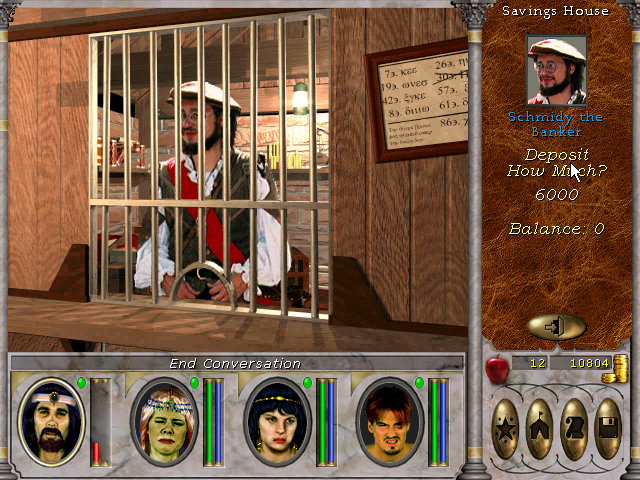 After I was done with the dungeon I went off to cure the group, and hand in some tern-ins including returning Angela Dawson to her mother. I then sold off what I looted and deposited to the bank of a large chunk of my gold.

Now that I have a decent amount of gold. I can start to stack the vendors a little more often for resets. There are a few items I would love to have. Along with getting quite a few spell books.