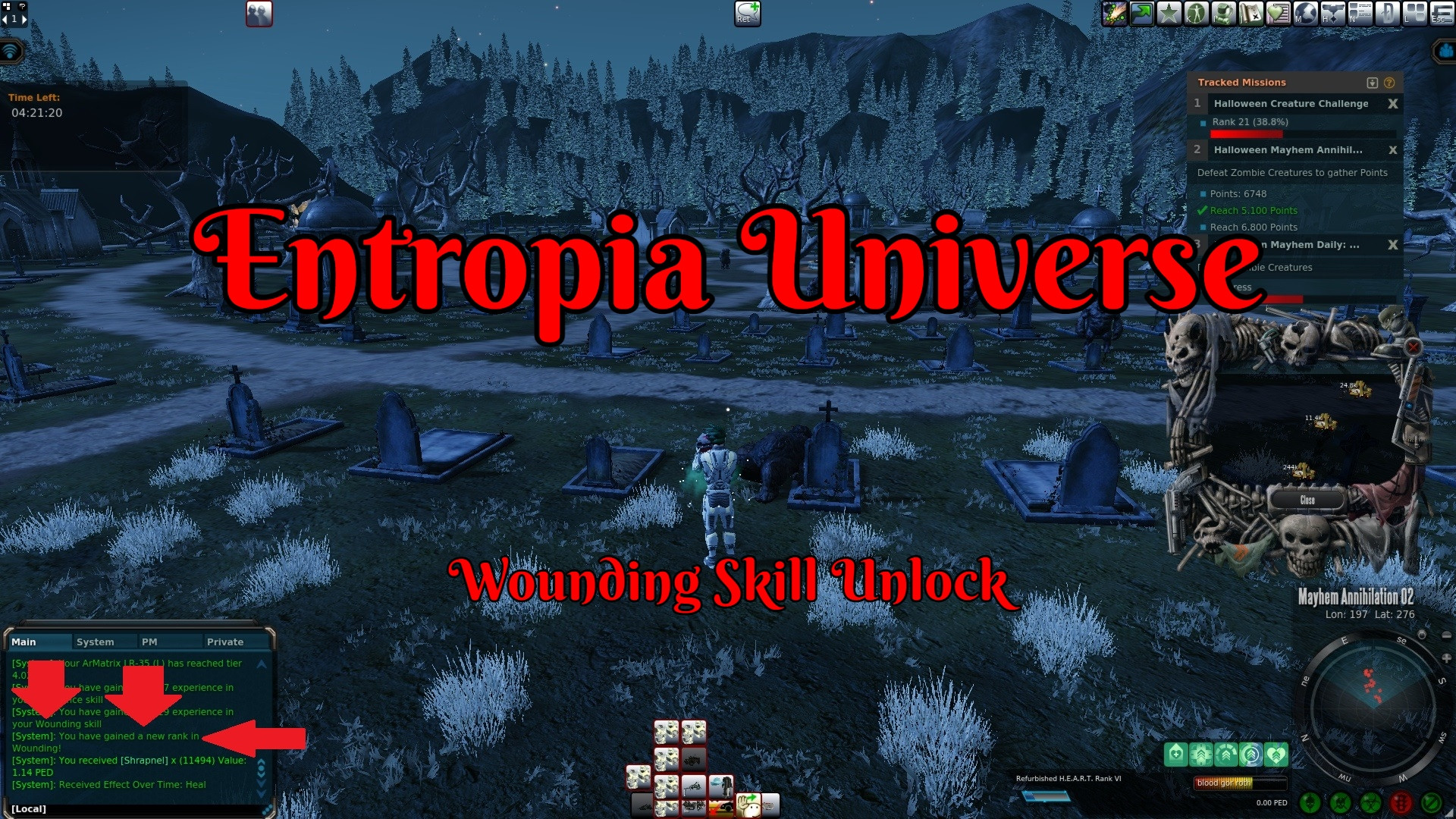 One of the benefits of grinding like a madman during the Mayhem 2022 Halloween event is the massive amount of skill gains I’ve been getting. While the creatures I’m fighting are not that high level being mostly level 10. Ten to fifteen-hour grinds daily have done a lot for me. 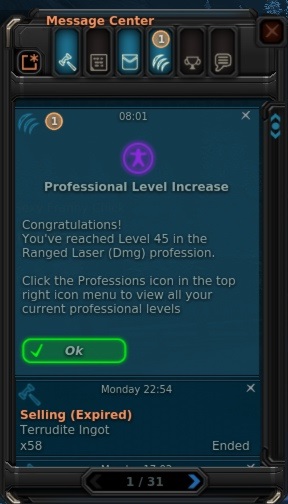 One of my major goals for this event was hoping I would make it to level 45 Ranged Laster (Dmg) progression. At level 45 you get a skill unlock called Wounding. The wounding skill has a contribution of 10% towards the Ranged Laser (Dmg) profession.

What does that mean for me? Well, for quite some time now my damage profession has been falling deeply behind my hit profession. So much so there was over a three-level gap at one point between the two. That means when I had the hit level to upgrade to a bigger gun I lacked the damage skills to get the most damage out of those guns. As a result, I’d have to wait for my damage skills to catch up.

One of the crazy things about how professions and skill work in Entropia Universe is that a skill like wounding is not just having a positive effect on my Ranged Laster (Dmg) profession. It is affecting 14 different types of damage profession levels. Everything from one-handed knife fighting to Pyro Kinetic.

The other amazing thing is each level of skill in Entropia Universe takes longer than the last skill level. That means wounding will be sky-rocking in levels and while it will never catch up to other combat skills I’ve always had. That first 1k levels I’ve already done that.

The result will be me gaining several levels of my damage professions quickly. I’ve been wanting to reach level 45 in a damage profession for quite a lot of years. While this is not the biggest milestone in the game as far as skill unlocks. The impact was seen instantly.

This also meant I could now use Armatrix LR-40 (L) guns. They can also use a slightly bigger amp than the LR-35 I use now. While I won’t always be using an LR-40 as I rather like the LR-35 for a lot of creatures I hunt. This will be quite the game changer for me in a few of the bigger things I’ve struggled hunting in the past.

I’ll be having a fair bit of fun with that bigger gun in the future once I’m done with this event. I’ll even get some of the LR-40 (L) to use during the event as well in trying out a higher instance.

This was not the only professional increase I gained for the day. Finishing codex rank 20 got me level 21 Dodger and 28 Evader professions. I also had quite a few others mostly for stuff I’m not using at this time. 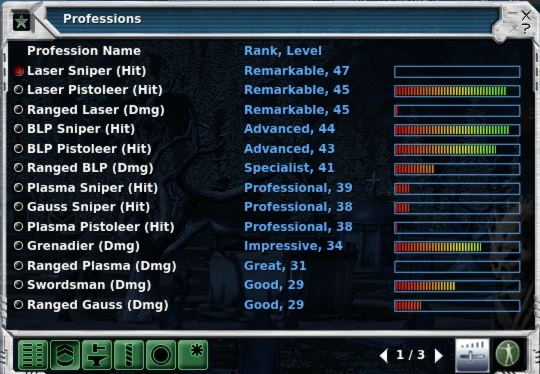 I even managed to hit level 47 in Laster Sniper (Hit) shortly later. You can see here the massive difference between my two combat professions. A few days later. That gap between hit and damage for my ranged laser skills would quickly be closing in.

At level 50 Laser Sniper (Hit) has a skill unlock called Combat Sense that will help boost it further beyond my damage skill. That one however only has a 5% contribution. While some people try and level up multiple different kinds of guns to resolve this issue. I prefer just to use my longer-range laser weapons.

I also can’t wait till I hit level 50 in that profession either for Combat Sense. As that one is a bit more impactful. That will be giving me 1 health point gain every 800 levels. So I’ll be getting some quick health increases. It also has a small 6% impact on my evader defense profession. As far as other noteworthy things during this time, it was rather slow. I did get a single 250-point kill to count towards my silver mission for Halloween Mayhem Annihilation. Otherwise just a bunch of smaller point gains at random.

During this entire event, I’ll have many professions that I’ll be increasing by around five levels if not more depending on how low they are. Sometimes the fun part is getting a new skill to unlock you had no idea that was coming! In this instance, I was well aware of the wounding skill so I was not that shocked.