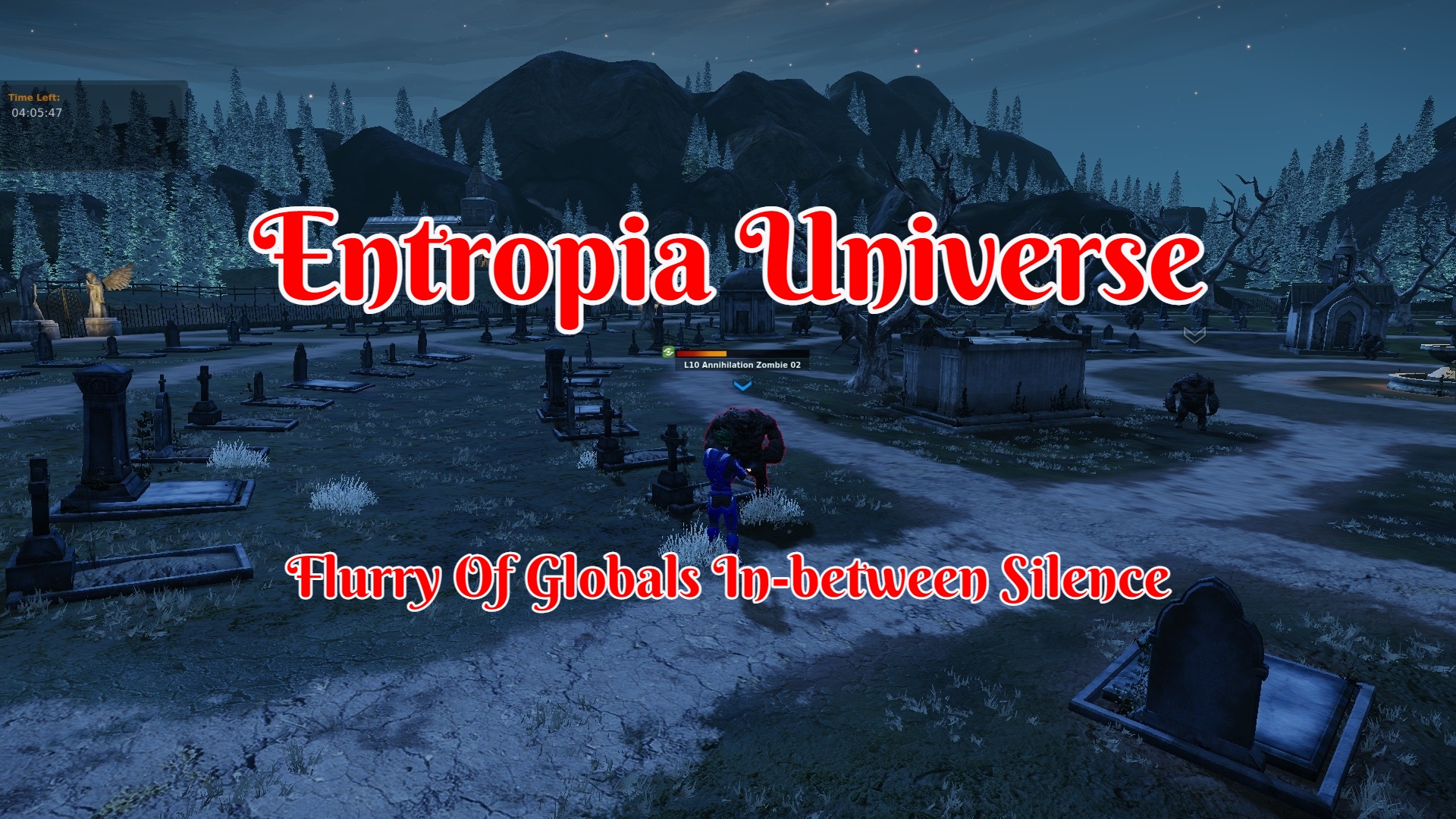 Some days during the Halloween Mayhem event in Entropia Universe I decided it was best to take my time. This day was not exciting for any single global but in terms of how many of them I was getting. It helped break up a bit of a dry streak I was going on.

I had a bit of a period where getting globals and points seemed to be hard to come by. I would have one or two here or there if that and not much else to speak about. I was still however going head-first into this event just at a bit of a slower pace. I wish I could say things were going a lot better than they had been but that was not the case. This event was starting to drag out a bit on me in general. I was at least hoping to have acquired a lot more points than I have.

There was a point I was considering trying to switch up what category of instance I was running in. It was not like Mayhem Annihilation 02 was the worst or anything like that. It just felt like things were slowly draining away and more than my energy for this event.

I however decided I would keep going at it. The last thing I wanted to do was jump into a harder instance and keep getting this kind of result I already was. That would burn through the remaining budget I have planned for this event and that be it.

I decided if things were not going that great in an instance I would ball out after killing the boss. I would also sometimes just stay in the instance for a while and come back after taking a bit of a break. If it was going to be a slow or bad day I might as well take it easy.

As a result, this ended up transpiring over quite a few hours. I ended up not grinding as much as I would have liked. This just did not feel like a situation I wanted to try and force. The time stamps on my screenshots seem to reflect that as it is all a bit hazy with the days blending at this point going this many days into an event.

The first instance or two of the day was a total wash. I found myself at one point counting up how many Halloween strongboxes I had looted during the entire event. Along with clearing up my inventory a bit before heading off into the next instance. The rewards from the Halloween creature codex were starting to get interesting. While 5.1 PED of perception might not sound like a lot. That would be quite a bit of experience. I started to miss how often I was getting a codex rank-up as well. At this point, they become quite a long time to reach the next level. The action did not start till well past midnight my time. At that point, I was utterly exhausted as I had been pulling a lot of late-nighters for this event. A nice little 79 PED global woke me back up and got my heart beating a little bit. I was starting to feel like a zombie!

I had a couple of decent looters after that as well. Not globals but enough that I decided to keep the instance open for a while for a couple more bosses. Eventfully I was getting low on ammo and wanted to leave the instance and record how things were going. Things then become slight for quite a while ago in the next instance. Till around 3 AM where I ended up getting two globals within twenty minutes of each other. 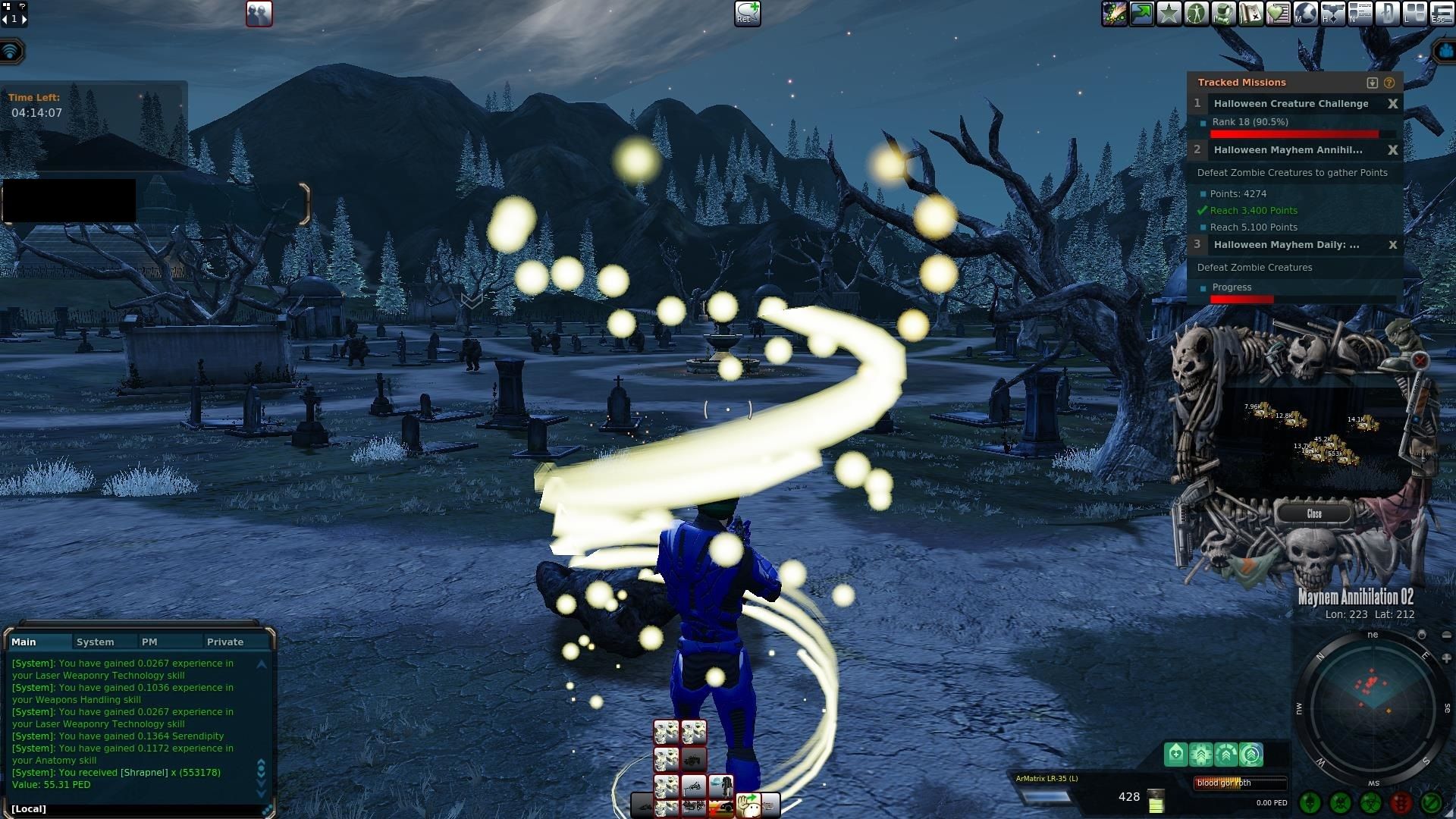 Both of these globals all on their own were not that interesting. It was however enough to want to keep me going for a bit longer. 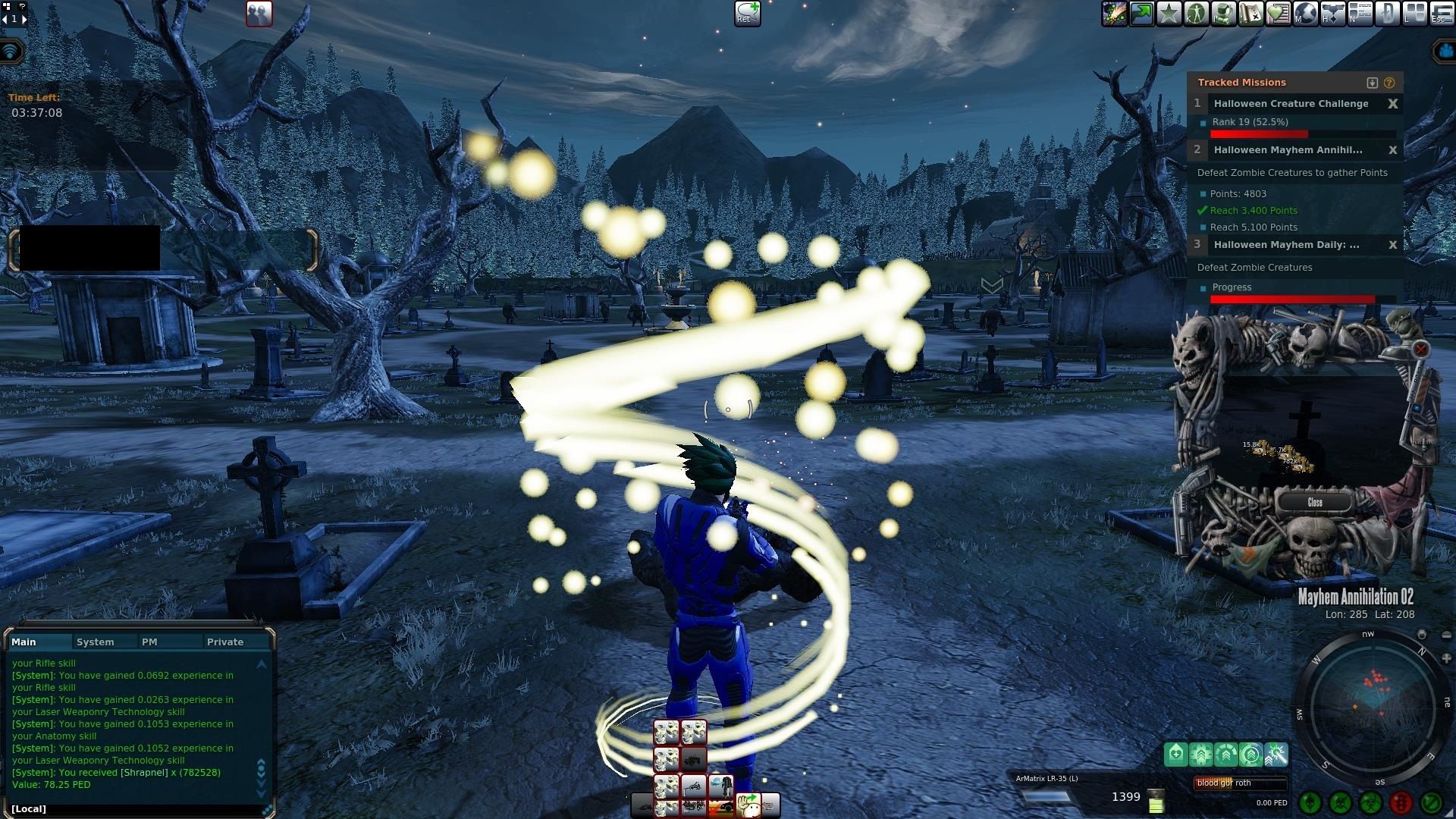 A bit later on I would end up getting something a bit more decent at 78 PED. Nothing like the 2k, 5k, or bigger globals some players were getting. It was at least enough to keep me going. After that, I took quite a long break. I then came back and decided to give one shorter instance run a go. After that, I had some possible changes in my setup I was thinking about doing. Getting another two globals ended up helping me make that decision for me which you will see in the next post. 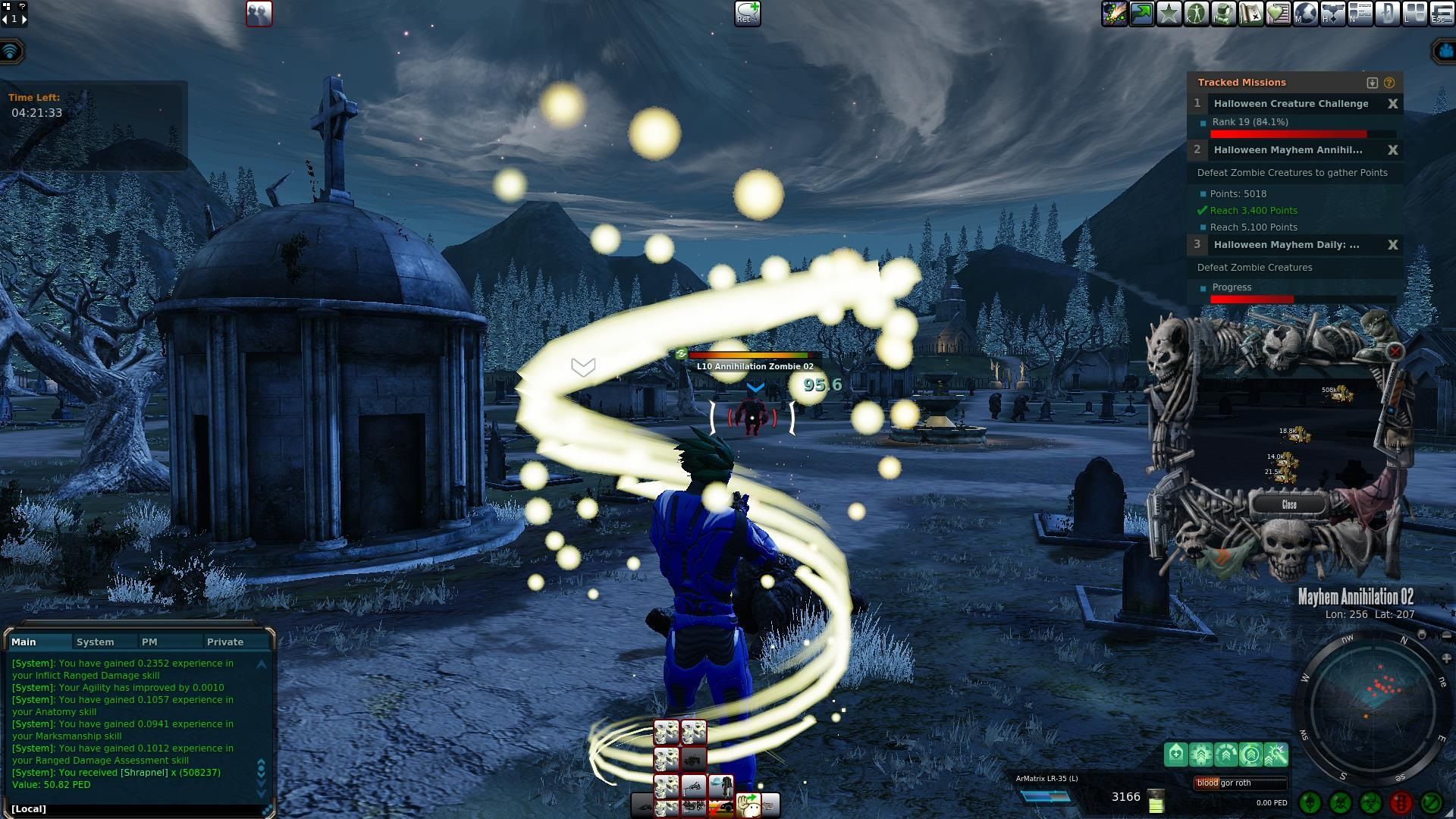 I’m rather glad I decided it play it a bit slower over quite a few different instance runs. The event is starting to wear on me quite a bit at this point. I don’t want to burn out now so I felt it was time for a decently easy day which ended up working out for me.