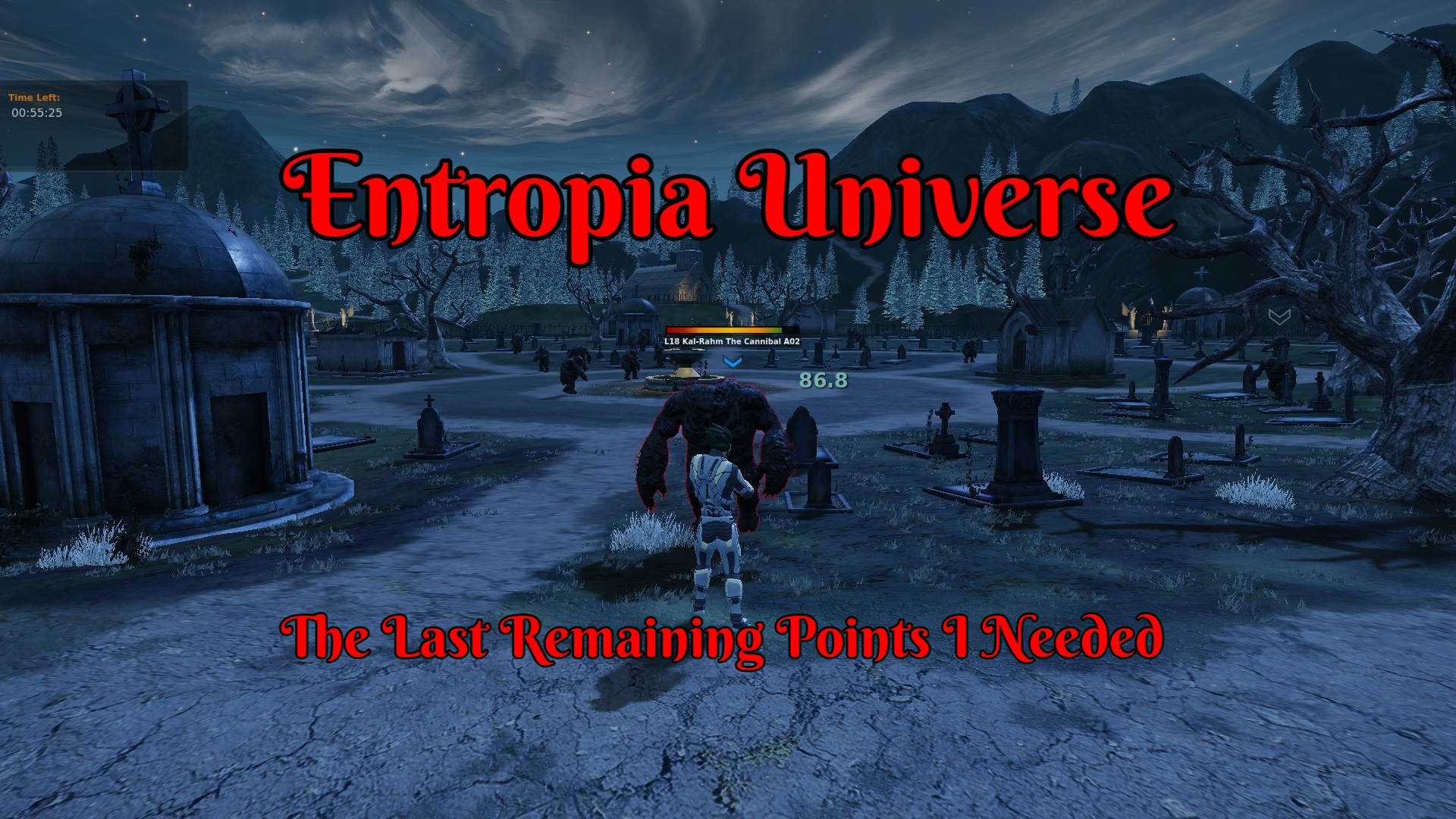 Just like that, I was down to the home stretch of this two-week event. I just needed 3,100 points to reach my 17k-point goal. The game was not about to make it easy on me or was it?

I had quite an unwelcome start. Many just 1 or 5-point kills if I was lucky. The major of the time you get zero points from a single kill and the game was going to keep up with that trend. 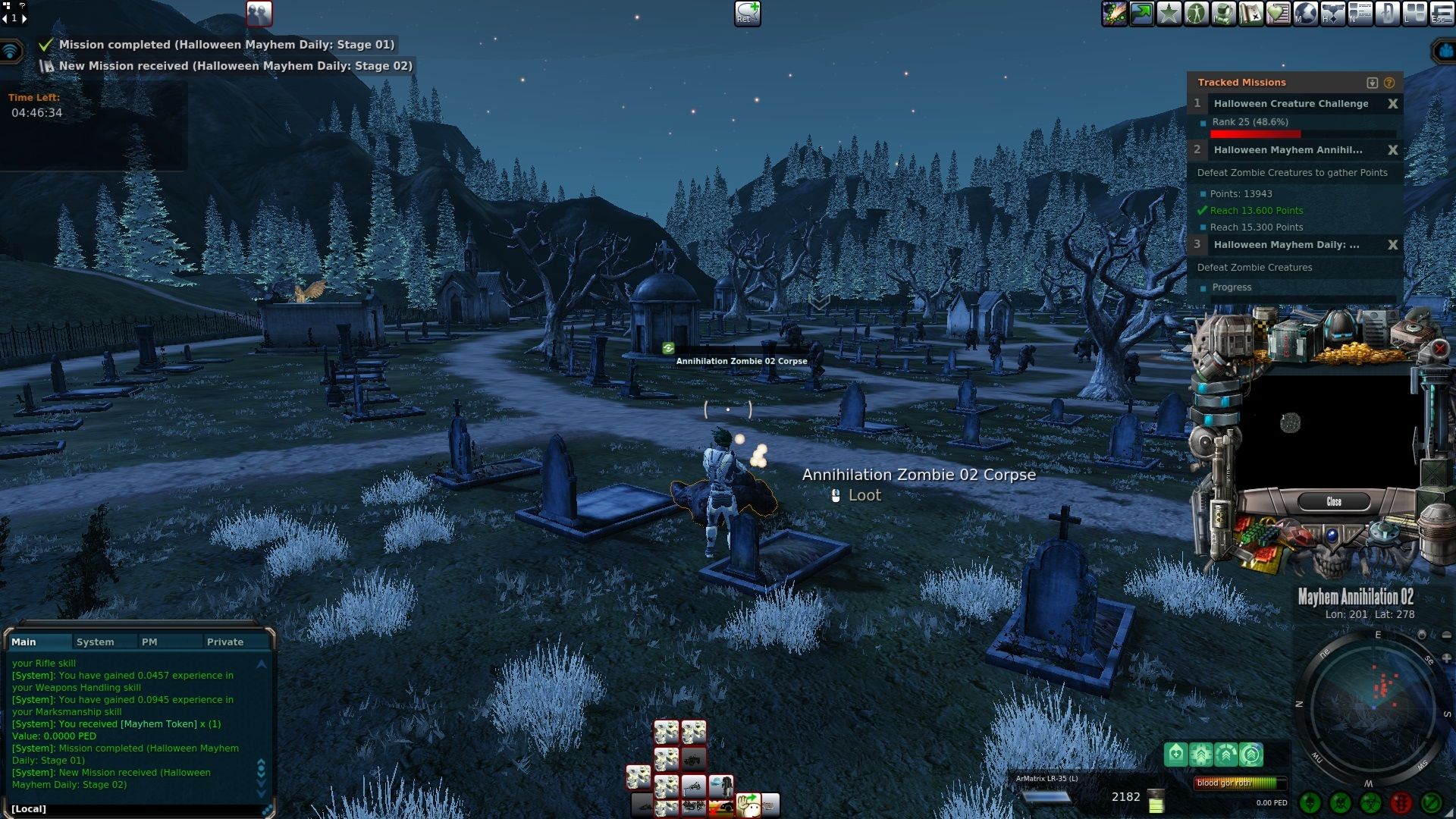 Sometimes it was just the small things that kept me going. Like getting the first rank of my daily mission done for the day. While the one Mayhem token earned from that is not much it was at least something.

I also learned during this event to take more advantage of the daily mission and that was learning when to reset the mission for the day. It is something I did not do during the Easter event since I was not about removing the mission since some of these missions make it crystal clear you do not remove them and you will not get them back. About forty minutes into the current instance I was in I got what I was hoping for. A 1k point kill. This gave me high hopes that perhaps this instance was going to be on fire and points were going to rain down on me.

Yep. NOPE! That is not how this run was going to go for points. I had maybe 1 boss kill that rewarded me with 100 points. I was barely getting one or two points in ten minutes timeframe at the worst of it. It was like someone hit the off switch or it just felt like that in my mind.

I was at this point counting down every single point I was getting. In the remaining four hours of that instance, I racked up a further 402 points. I’m just thankful I got that 1k pointer. Otherwise, this was going to be rough.

After that, I took a small break. I did some price checking on the auction house and inventoried how many guns I had remaining. I decided to go out and buy one more gun just to make sure I had enough. I would have further use for it later on if needed.

I also had to run out and get myself a new extender for my gun. Those things have a base value of 200 PED and I found one for around 104.50% markup. While I did not want to be tying up that many PED into one of those if I was going to take a long break from hunting after this I’m not sure yet.

I would be wanting to get one at some point. Chances are I’ll be doing quite a few hunts testing out the ArMatrix LR-40 (L) I unlocked not too long ago. In which case it would be worth the cost saving, in the long run, to ensure I had one as I only had a few shots remaining on the current extender I had.

After that, I jumped into a fresh instance and went back to it. It was more of the same for the most part. It seemed like every point closer I got the longer it would take.

I did during that run managed to finish rank 9 of the Silver Halloween Mayhem Annihilation event. For that, I got 133 Mayhem tokens and 26.6 PED of ammo. I was just one rank away now 1,700 points from being done. 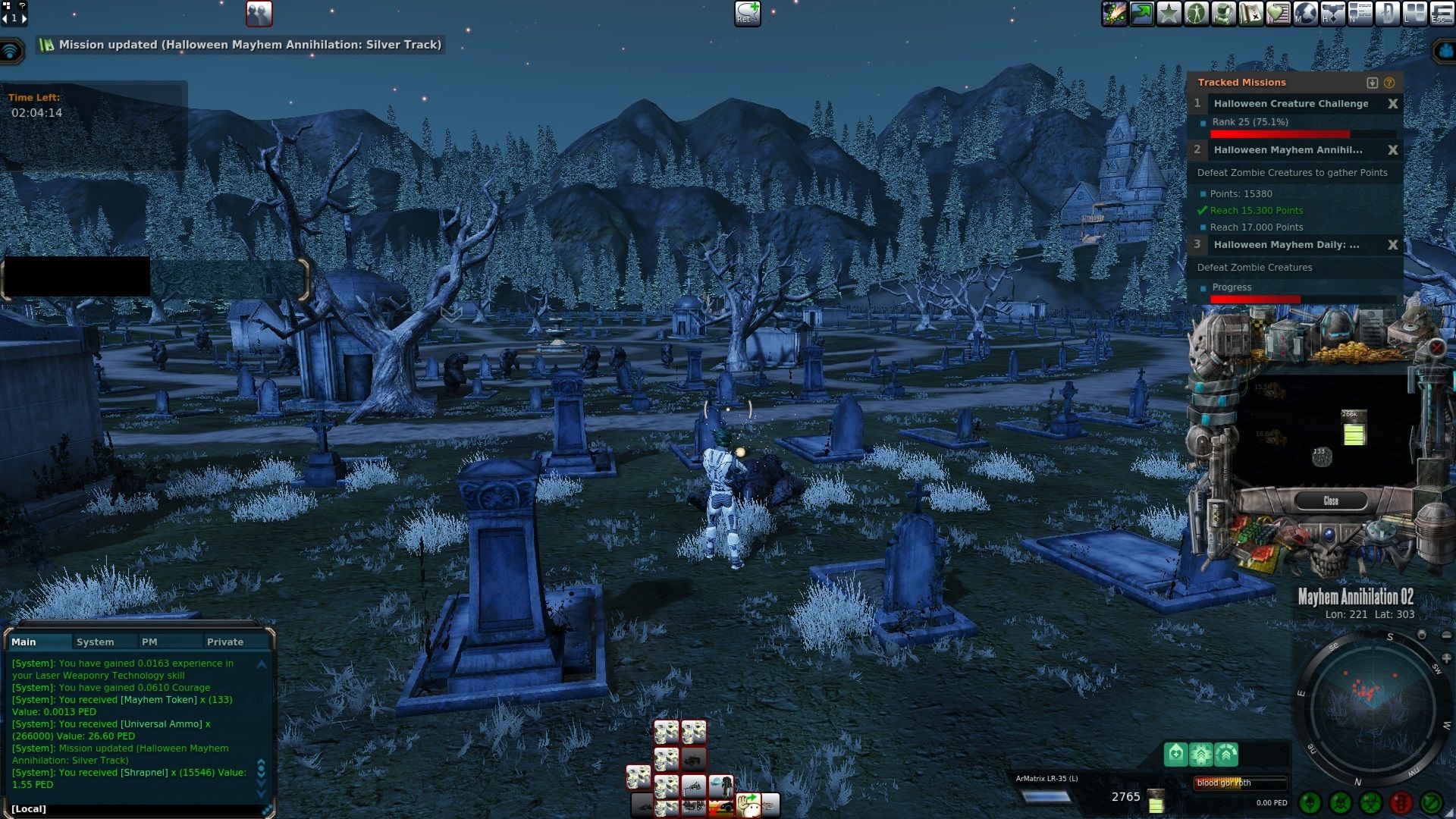 My losses from doing this event were starting to get to a point where I had set a hard limit. I had already considered this far in if that happened I’d just go over my limit. While I was losing a higher amount of PED per session than I was at the start of the event. I’ve come this far I was going to get the dang cosmetic reward for finishing this thing off for once. At the one-hour mark, I had finished codex rank 25 for the Halloween Creatures. This answered a long-term question I’ve had for a while now. How high does codex go? It turns out the mystery remains somewhat as instead of having ranks now the mission just says “repeat.”I also got a star next to the creature’s name.

It is at least good to know I’ll be earning some kind of reward for killing these things in the future. I had a feeling it just won’t be as rewarding. It now also makes me wonder if this is the same way for other creatures or if event creatures are a special case. Perhaps one day I’ll find out.

You will also be able to tell how far I ended up grinding into the “repeat” rank of the codex. That I did a lot of killing of these zombies. My hopes of finishing the codex rank 25 and 17k points around the same time ended up not happening.

I ended up sticking around in this instance for a total of two hours. After that, I was just too exhausted. I went and got around three hours of sleep. While it was not much I needed it. 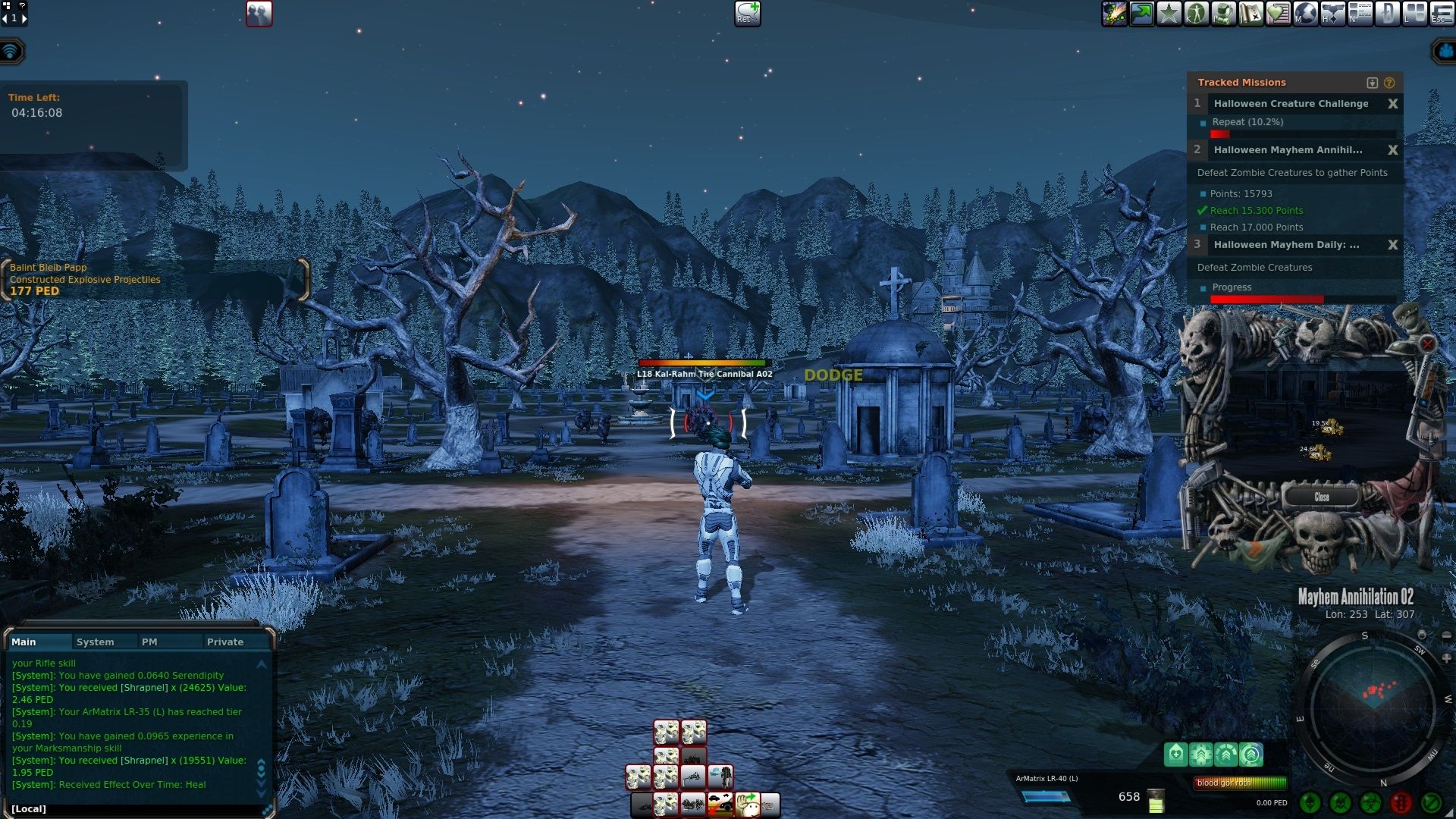 I then came back with a fresh drink in hand and 44 minutes into the next instance I was just 1,207 points away. A single big point gain or a couple of middle-sized ones and I would be done! With less than 3 hours remaining in the instance I was in I finished off stage 4 of the daily mission. That is as high as I go for those as getting to the next stage while it rewards 20 Mayhem tokens takes me way too long to do so. So it was time to get a new instance to pick up a fresh daily when it can reset.

After that, I ended up doing a few shorter instance runs. I would kill one to two bosses in them and see how it was going. If I was not happy with my result I would just jump out and get a new instance. Sometimes you just feel like a new instance is needed. 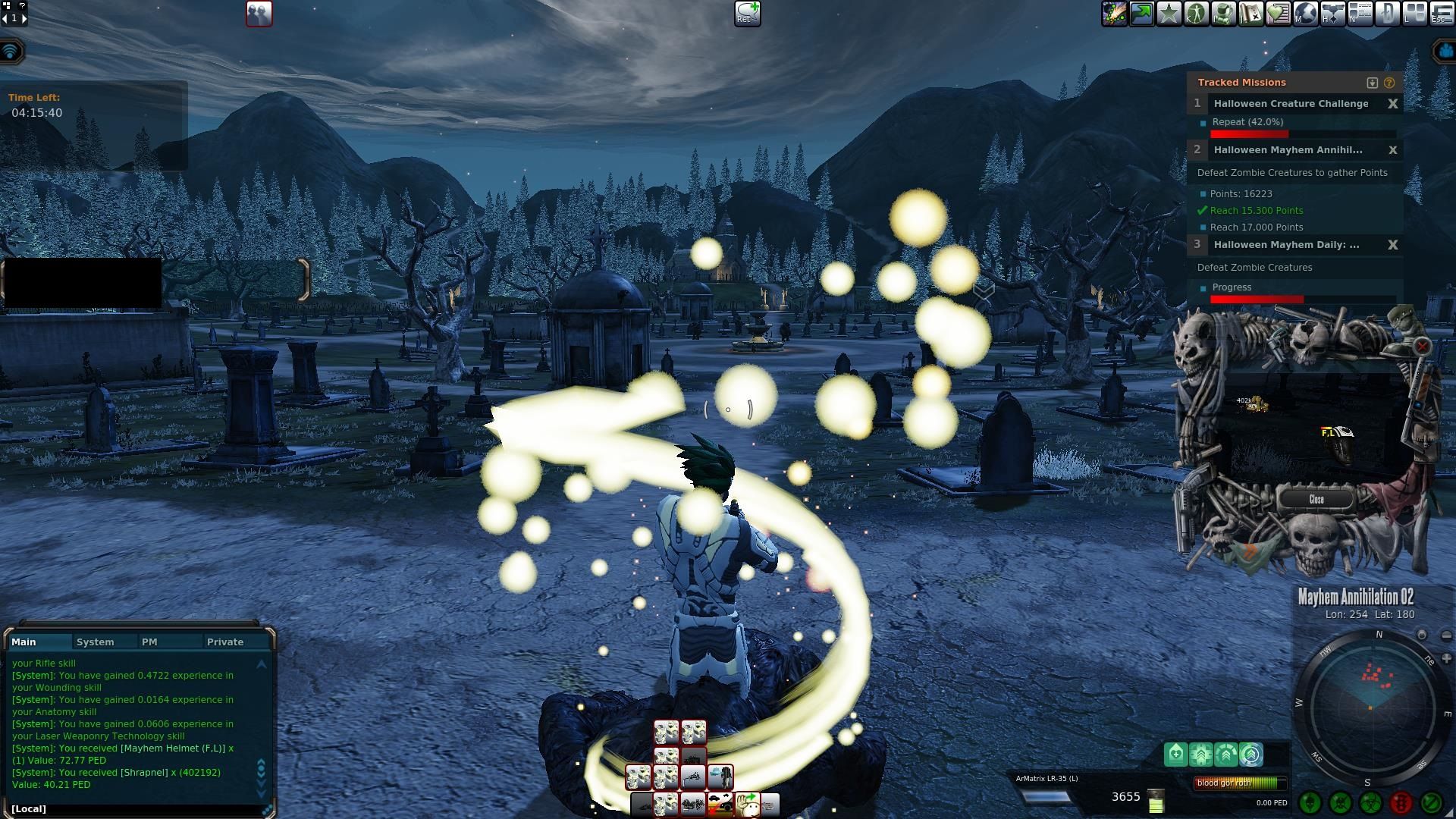 This ended up working out for me in the end. In what ended up being my last instance, I decided to finish this off if I could. I looted a dang Mayhem Helmet (L)!!! Sadly it was (F) meaning for females only and I can’t wear it.

Female armor usually tends to have a much lower markup on it as well. While it did not drop full TT despite there being a bunch of shrapnel in this drop as well. At least it was 72.77 PED on the helmet with a daily 160% markup and weekly of 152%. I have yet to sell it yet but that is the plan.

I somewhat figured if I did get an (L) armor drop it was going to be female. I’ve had some bad luck as late with getting female armor drops. This kind of shows you the age of the game as well with their needing to be male and female armor.

This was also the only global I got on my final day of grinding for Halloween Annihilation. At least at this point, I was so close to being down. Just 777 more points! That seems like quite a lucky number. Twenty minutes after that I got a 250-point kill. I was now just 457 points away from being done! 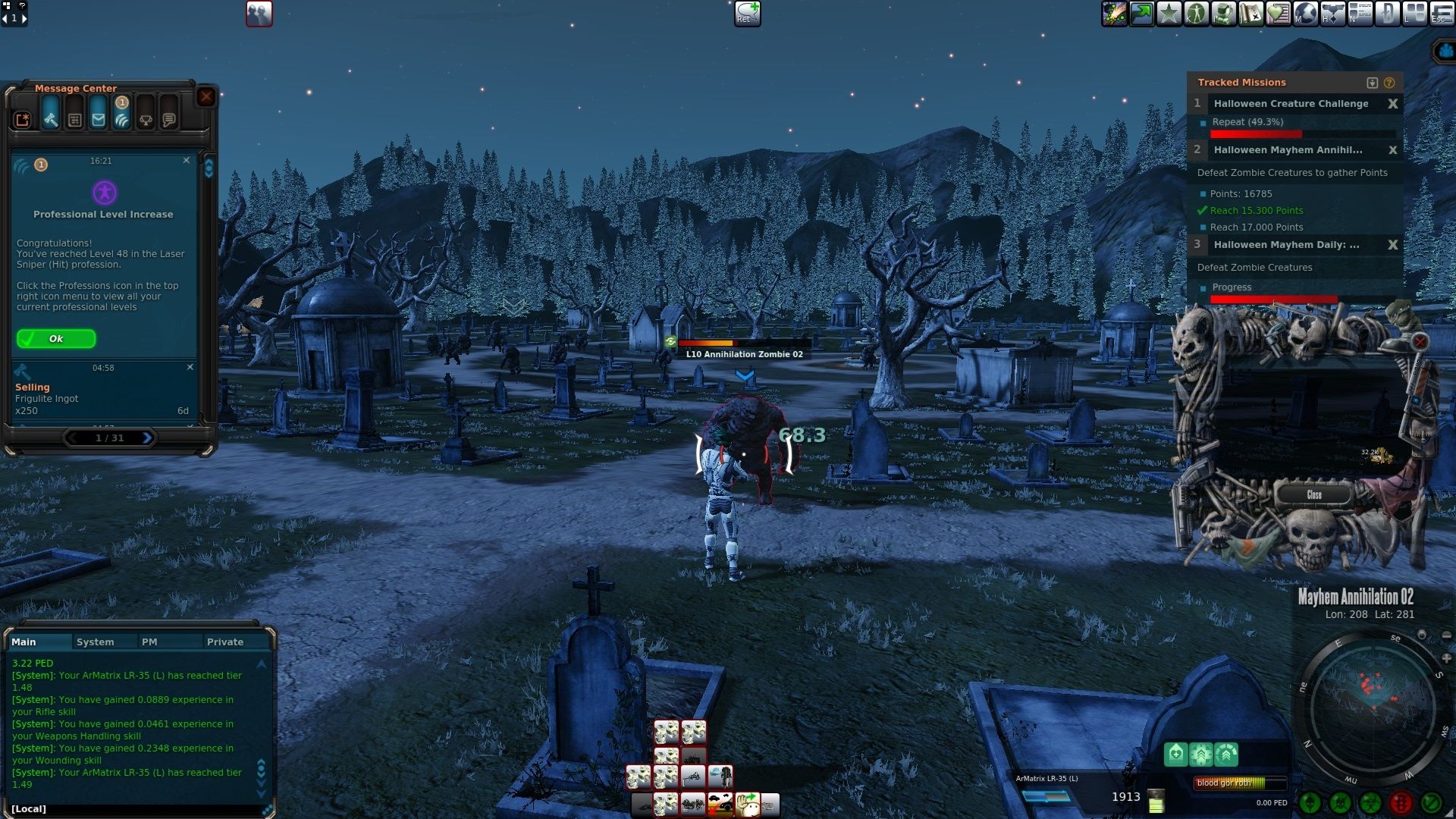 A little while later I hit level 48 Laster Sniper (Hit) profession. My damage profession was closing in on just being 1 level away as well. 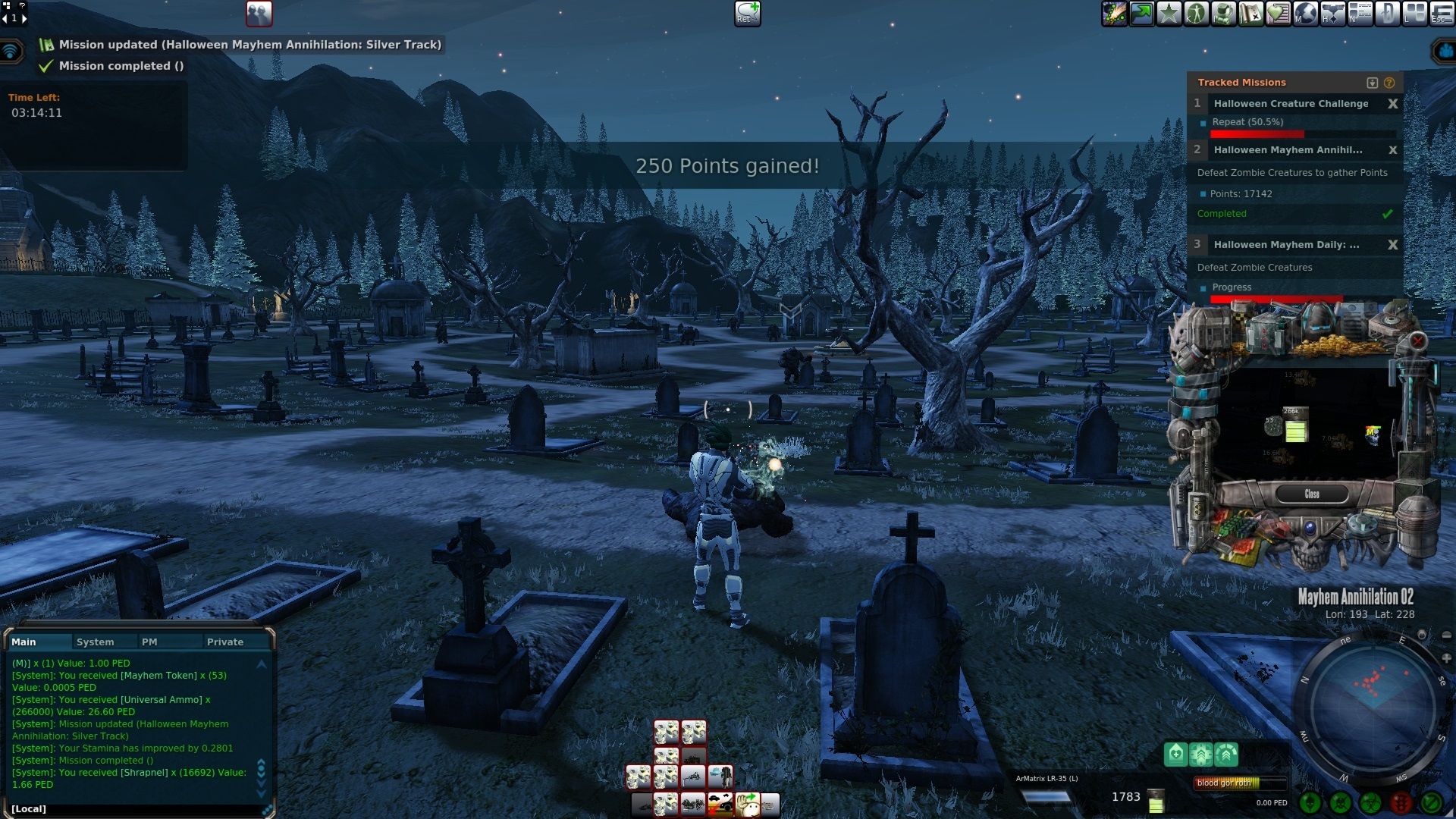 A bit of time later I got a 250-point kill. It took me a moment to realize I was done. I reached 17,000 and was even over that amount needed.

For reaching rank 10 in the Silver Mayhem Halloween Annihilation mission I got 53 Mayhem tokens, 26 PED of ammo, the Silver Skull Face-Guard, and .3 PED of Stamina skill.

While the face guard is a little more than just a cosmetic item as it has a few 1 points of damage protection to a few different things. It’s not something I would wear and will be more of a trophy for finishing off this mission than anything.

The little bit of stamina gain I got however got me a little closer to my next health increase. It takes only 9.25 levels of stamina to get a full health point and they are quite hard to come by outside of getting it in sometimes in the Meta codex tab as an optional reward.

After that, I took a bit of a break.

Up next one final post where I’ll be going over a bit of a recap. Along with exploring if even entering into this event was a good idea for me and if the gains I acquired were worth the cost. I’ll also be showing some of the items I got from opening some of the Halloween Strongboxes I looted.

Will I get the Halloween ring from the strongbox? Check out the next post and find out.