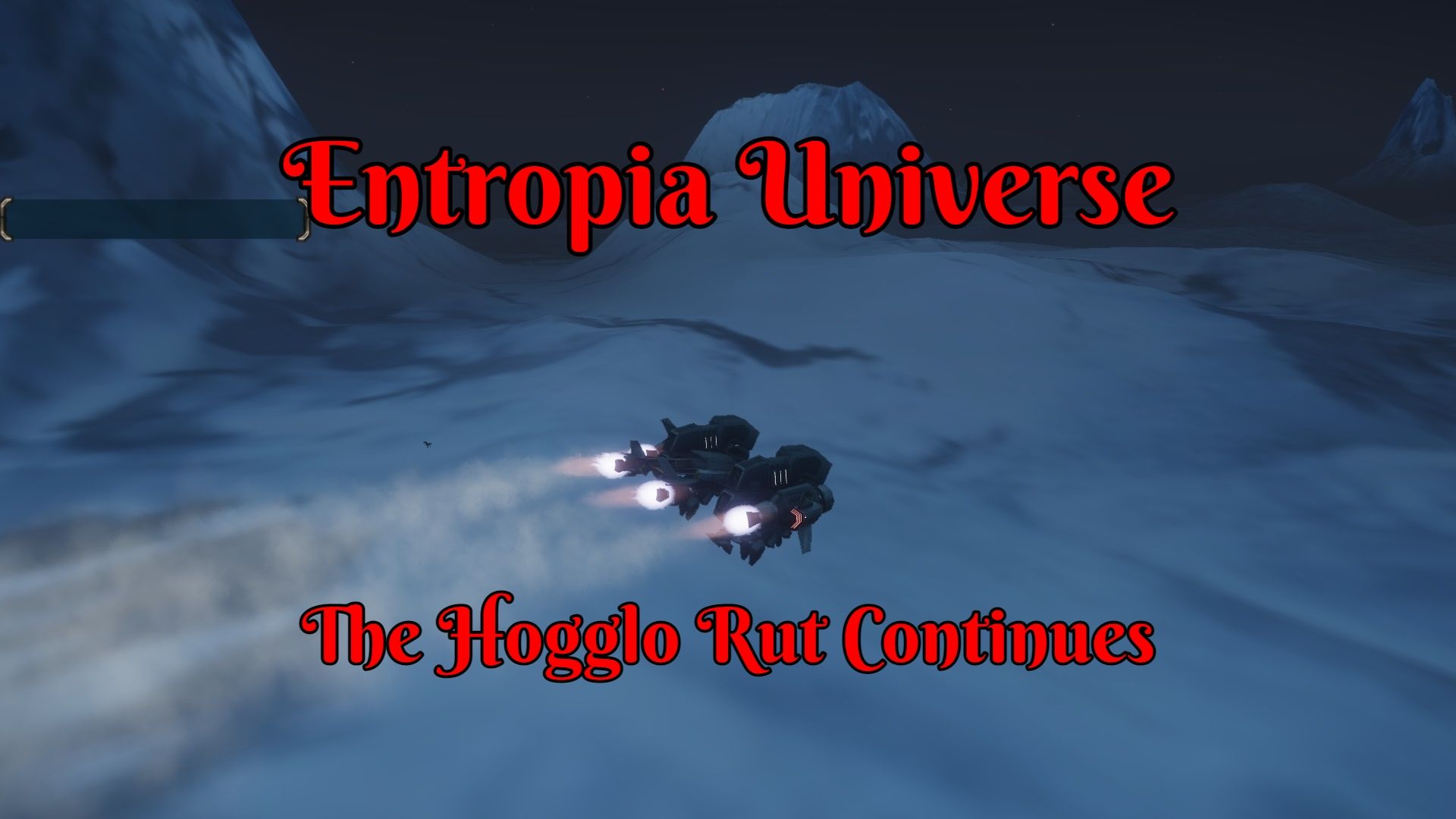 A smart player knows when to walk away from something in Entropia Universe. I on the other hand fully know I enjoy the hunt of Hogglo but not the results I have been getting. Decided to keep digging a hole on them. It was no shock to me that things kept going south.

One thing I did attempt to do was try out a different area for Hogglo. Both the mining and hunting in the area I was in were quite dreadful. I know there is somewhere on none player owned land that people tend to hunt Hogglo.

That I never got around to finding out. As I do love the area I currently hunt them in. As far as not getting mobbed to death. With how massive these creatures are along with the aggression range they have on them. I prefer things to be a bit spaced out.

If I had a much better gun, armor, and healing device for this kind of hunting. I could understand wanting a massive herd of Hogglo everywhere in the area. The place I usually hunt them on requires you to fly around a bit looking for the next one to hunt. This other area I tried to hunt them on was just dreadful for the way I tend to hunt Hogglo. Everywhere was hilly to the point I would not get a good amount of damage down before one of them would reach me. The other issue is they kept respawning on top of me.

Just one Hogglo is enough of a struggle for me. Having to fight off three at once became quite the issue. There was also no room anywhere. As soon as I would land they would be onto me.

The most interesting thing about this area is I was not even looking for Hogglo to hunt. I had finished a hunt on a different creature and was looking for a good location for another. I ended up discovering a land area I had not been to yet and picking up a teleport location.

It’s a shame this place was just so crammed-packed. In my many years of playing Entropia Universe, I’ve always wondered why certain land owners always crank up the herd density to what appears to be max.

If this was a smaller creature that you could quickly kill I could understand having such a high density of Hogglo. At the very least most were young and I think they went up to old at this location. It was however not working out. As a result, I went back to my old spot. 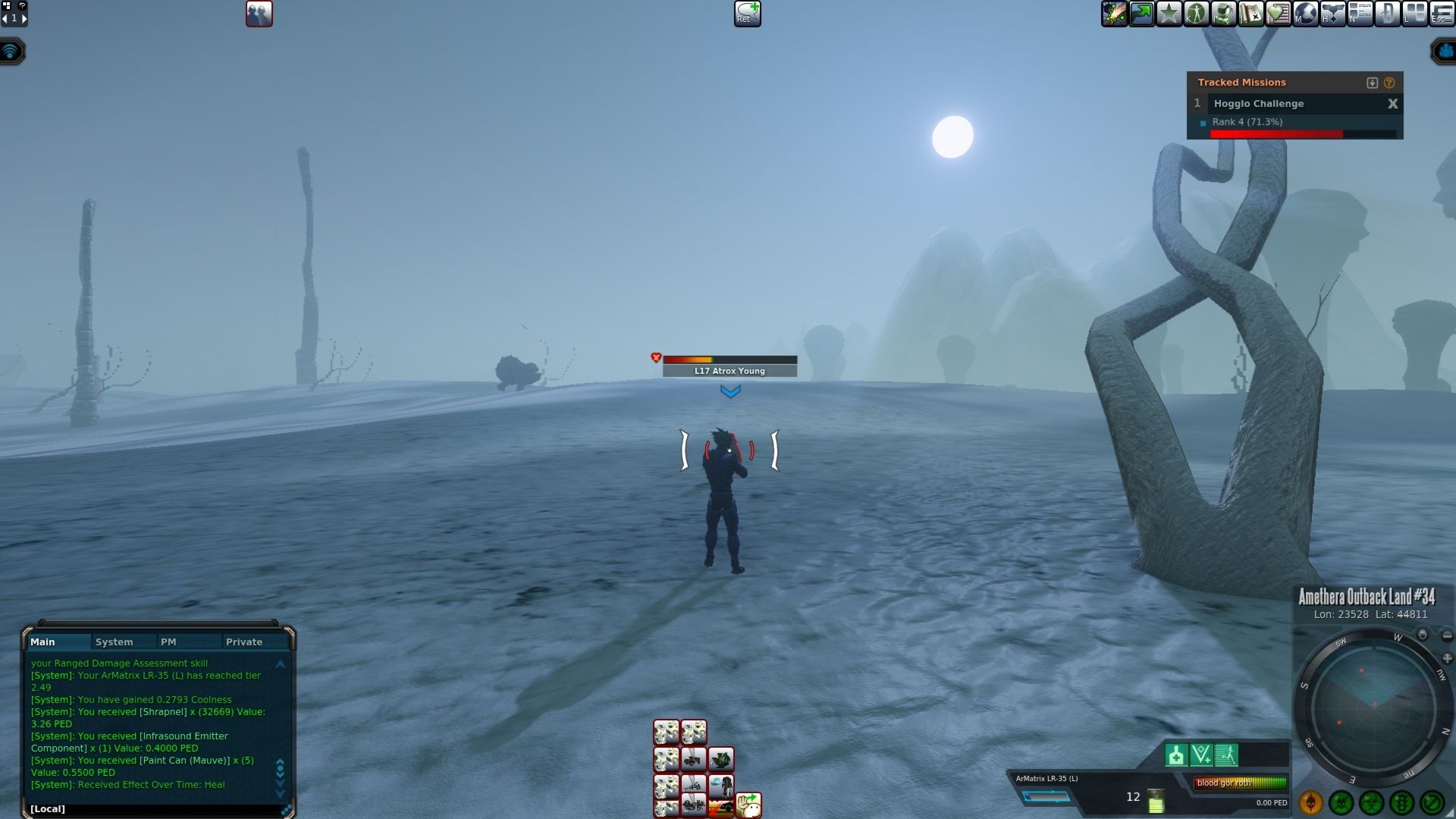 Back at my usual spot, I even went around killing all the Atrox. While the Hogglo spawns here are quite spread out like I need them to be to hunt them. It seems like they had been overtaken by Atrox as they were not getting hunted.

The Atrox as well did not provide anything that amazing. It’s like this entire land area is just one giant sink and I keep going back to it. I however was not going to give up at least not yet. At the very, I was getting some amazing skills and working on the Hogglo codex. 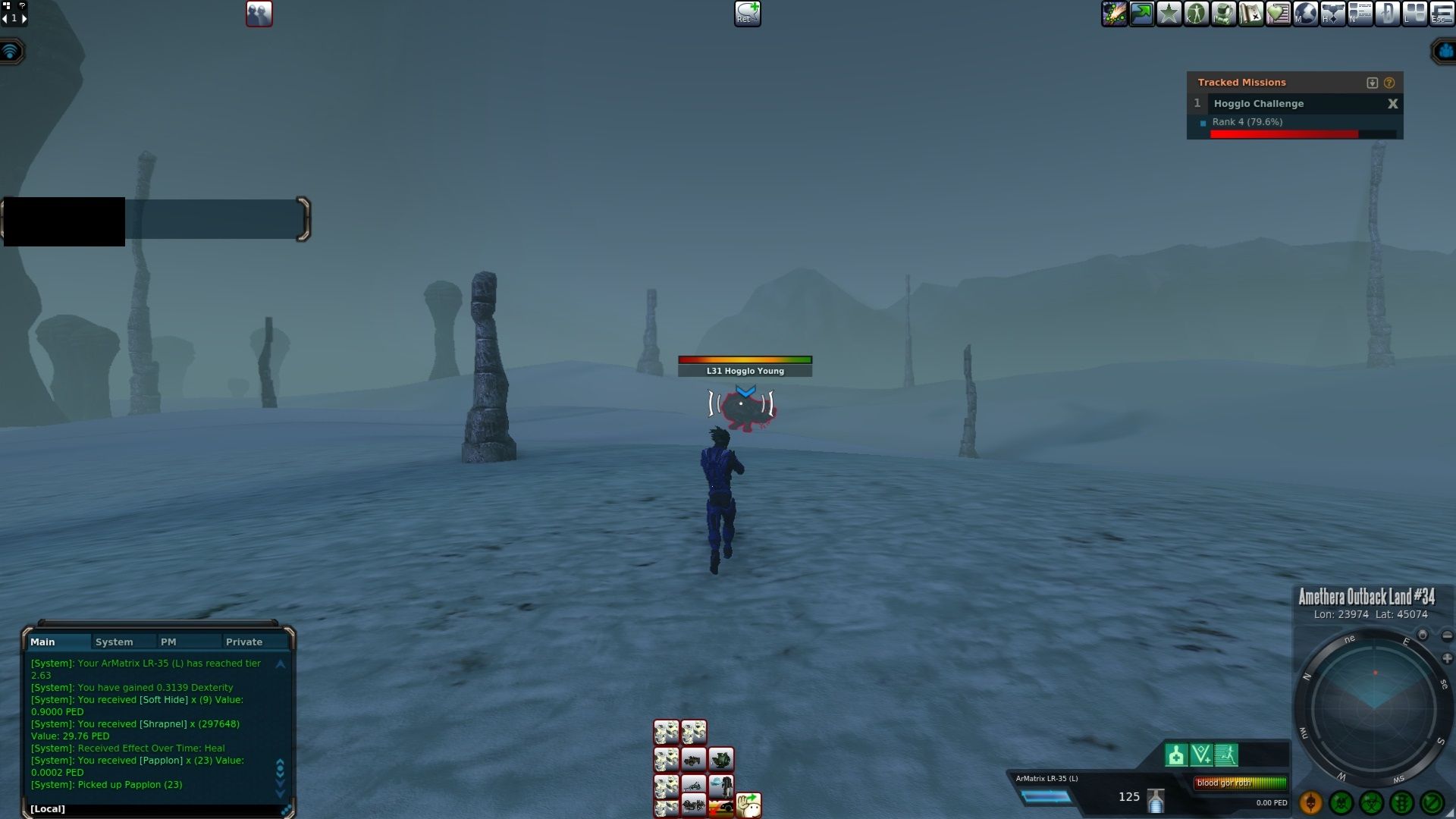 Some areas kept having some heavy perception checks. I eventuality did track down some fruits being in the area. If I had not found the Papplon for instance as seen in the screenshot above I might have broken out my mining finder and carpet mined the entire area to see what the fuss was all amount if anything at all.

This hunt did prove one thing to me. I do need to start working on acquiring more gear and some better healing options. While there are some amazing healing devices out there they can range from 4k-6k PED.

Making that kind of investment into a single item in this game is a bit beyond what I was looking to do. I have mostly enjoyed playing for fun where ever that has taken me. At some point, I might try going insane on the mining side of things to see if I can bring up my in-game capital enough to buy some nicer things. I of course did drop a few probes on some of my hunts here as well. In some instances the hunt was going so bad I more or less just turned them into mining runs. I even lucked out on a double drop and found a size 7 and a size 3 mining claims. A few probes dropping during some of my hunting runs have kept the runs from going way into the red.

Hunting bigger creatures in Entropia Universe tends to have some huge fallbacks. While sure many of them have very rare drops that are worth hundreds to thousands of dollars. Due to their higher health and level, you can plunge deep into the negative fast without seeing much of anything. This was perhaps the closest I got to seeing a global after a few more hunts. It still fell short. Which is kind of mind-blowing. There must be a good reason I rarely see anyone global on a Hogglo as it seems the player base tends not to hunt them in general.

Something that did end up helping out my hunts quite a lot was getting an Imperium Fast Fap V3 (L). While it is a limited healing device and they are quite hard to come by the markup on it was quite reasonable. I was almost going to have to stop hunting Hogglo as my main healing a Vivo T20 (L) I use during combat for healing had broken. I could not find any others up for sale in the auction house. Thankfully I checked everything else up for sale and found something much better that also had the skill for.

While the decay I was taking from using Fast Fap V3 (L) was less than desirable. This thing was quick to get heals in. Which allowed me to switch back to shoot quicker and it was easier to keep myself topped off on health. 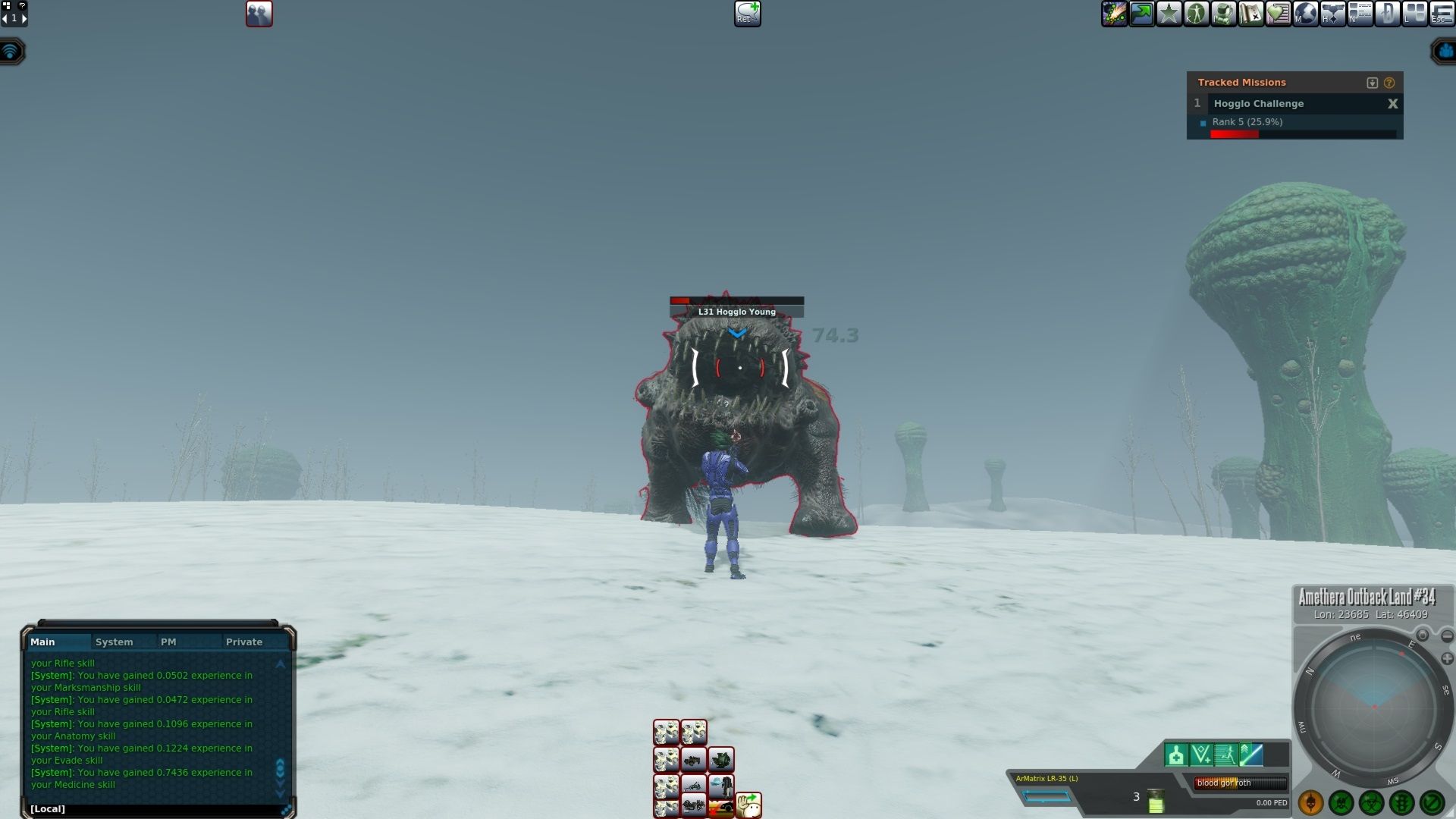 Getting a better healing device overall resulted in quicker kills. This brought down my armor decay, healing decay, and allowed me to get another kill or so in t per hunt before I ran out of ammo. This would later have some positive returns.