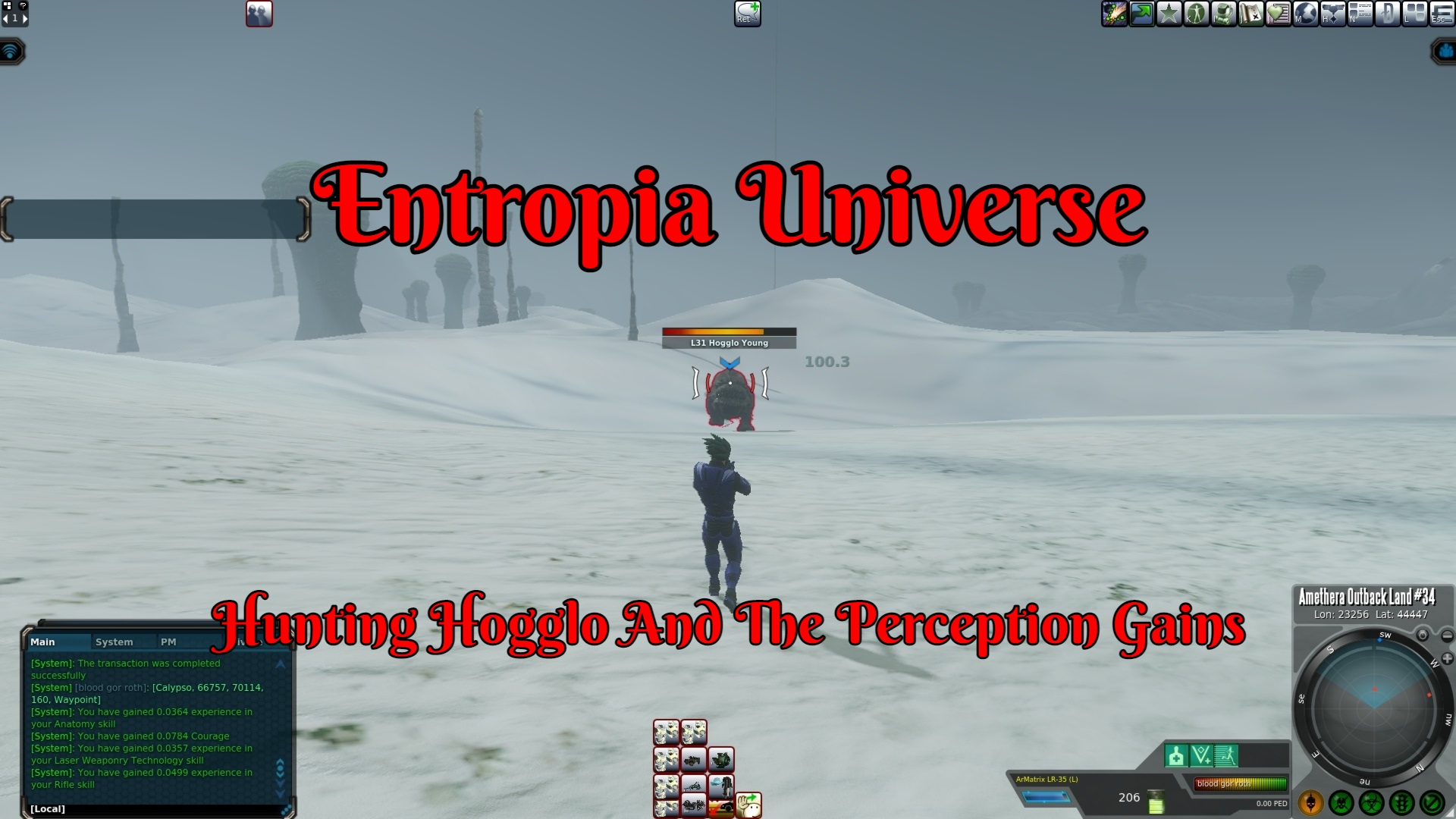 An interesting topic in Entropia Universe has always been around perception skill gains. Some people insanely believe in it, others become slightly intrigued, and some just ignore it when it happens. I’m in the camp of you got my attention but we have been down this road before.

The theory behind perception gains is when you get one something “interesting” could be nearby. Now, what that “something” is can mean such a wide range of things you have to be careful to not overdo it. My Hogglo hunt in general went sideways. I know of someone with my skills, weapons, and armor that I should not be hunting. They however have such an insane loot pool of very rare items. I thought I would do an extended hunt on them for the fun of it. At least due to their levels, I got an insane amount of skill gains and more levels of the codex on them.

I had my reasons for being back on Calypso and a trend I was noticing that I thought I would give Hogglo a try. Those reasons however don’t matter to the topic at hand here. Other than the fact over many hunts, I was getting tons of perception gains. Which fueled a different theory I was going off that ended up not panning out for me. At least something come out of this total disaster.

So what could that something interesting end up meaning? As a long-time miner, I can tell you when you are out mining and you get one there more than likely another miner next by just off the radar. It is something interesting and funny when both miners get a perception check and start mining like crazy thinking a massive tower find is within their range. More times than not it was just another miner close by or had nothing to do with mining whatsoever.

I did believe on my hunting trips there were other players hunting in the area. Hogglo is quite spread out so you have to fly around. I would sometimes get to an area and not find any Hogglo to hunt. While other times a new one would just be spawning in when I got there.

However, loot was quite bad that night and the following day at last for me. There was nothing like someone else getting a global on the land I was on to give me that insight that it was just another player I was always just missing out on finding. I had to go on other content clues I was finding.

While I think that is possible I also think there are just too many factors at play. Granted I have been hunting unwater in the past when I’ve gotten a perception check and there was nothing within sight that I could find. However, it could have just been a player just off the radar that I never found hunting the same creature I was.

Why was getting a perception check important underwater? You can’t mine resources underwater. The funny thing about perception gains is they don’t have to be related to the activity you are doing. It could be anything that yields something interesting.

This case in point was proven during my Hogglo hunt. I was hunting Hogglo and got a perception skill gain. After I killed all creatures in the area I went back to around where I believe I got the skill gain. Granted I did not mark the exact location. What resulted was however quite interesting. I got a level 13 mining find of 55 PED which was a global. While getting global can happen if you have gotten a perception gain it is important to remember not to overdo things as that is usually not the case.

So should I have put on an amp and sent it full send? Heck no at least from my own experience I won’t be. Throughout the night I ended up dropping quite a few probes and finding nothing or a slightly bigger than a normal claim or both an enmatter and an ore. Perception gains relating to mining can mean so many different things.

There is also a good reason to be careful to not overdo it. That something interesting from my own experience tends to be just finding fruit, dung, or rock lying around the ground. A lot of the time I did end up finding fruit in the area that would have been within radar range of where I got the perception gain.

I’ve seen people almost go insane thinking something big is about to happen. When in fact nothing did or it was just something interesting of being a slightly better amount looted. It could be something as simple as uncommon item dropping. Heck, I’ve even found a nice pocket of a bunch of mining claims all next to each other from a perception gain. 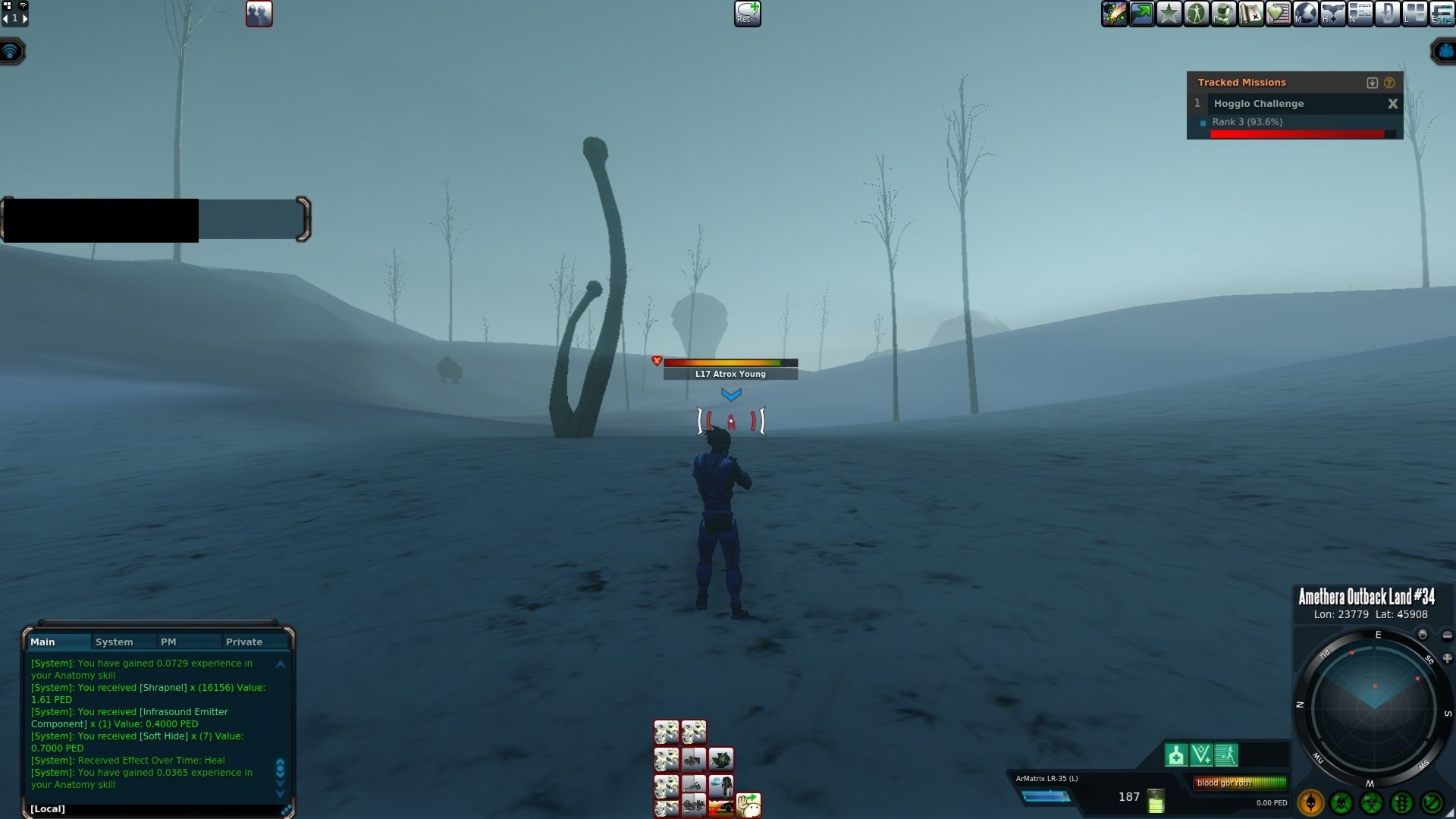 The other interesting thing that happened during my hunt was this. I would get a perception gain hunting a Hogglo. I would mark the spot and kill an Atrox that was nearby. Sometimes that Atrox which is far cheaper to kill would give better loot than my Hogglo kill. I even got a 11 PED and 8 PED Atrox.

There is also far more insanity beyond perception gains. Players have always tried to work out the meaning behind different skill gains. While other skill gains could try and give you a range something interesting could be up to away. That is one rabbit hole after many years of playing this game I tend to avoid. 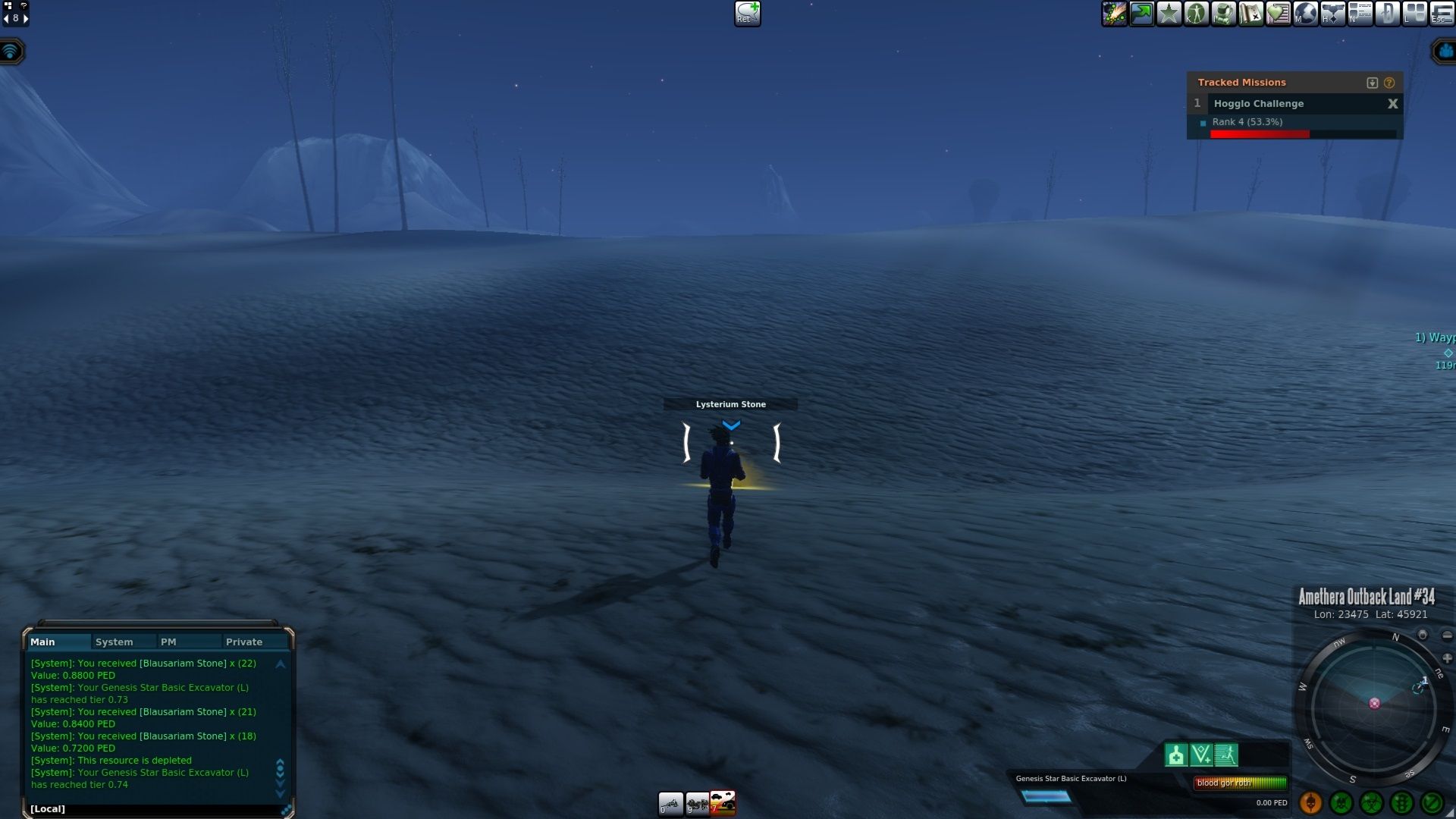 While I do believe perception gains in Entropia Universe do mean something of interest most of the time nearby. It might not always be worth going out of your way to finding it. It could just be slightly better loot if that. It’s also not limited to the activity you are doing.

I’m not even going to go down the rabbit hole of larger vs small perception gains. I’ve seen massive skill gains mean nothing that I could find. While the smallest of skill gains result in getting a global. It is no wonder some people just ignore them and go on with their life in this game.

As far as how perception gains panned out for me in my many hunts this time on Hogglo. It kept the over 1,200k PED hunting spree on Hogglo from being a 50% loss. It was however still a total disaster. At least perception gains helped me find around 100 PED in loot at the cost of 20 PED or so from hunting Atrox and mining that I would have otherwise not done.

This ended up not being the post I thought I would be making. At some point i'll need to get revenage on Hogglo! Granted to my shock I’m almost break even over my lifetime of hunting them.