Some days in Entropia Universe you are doing more information gathering than anything else. I wanted to try and find something new to hunt. Ideally, it would be a higher maturity level of the creature with a decent density. In an area that was easy to hunt in.

While I have been hunting Longu on occasion for fun and just in case I could get some gremlin gear drops. I have not been so lucky but other players have resulted in a few pieces being listed on the market. Since they were a decent price I picked them up.

While at some point I’m sure I’ll return to Longu. For now, I have the three pieces of gremlin they can drop. I wanted to hunt something else that could drop a piece I need while working on some other creature codexs as well.

After doing a little research into what could drop the pieces I wanted I thought I would give Faucervix a try. They deal mostly impact with a little bit of cut damage which I have more than enough gear for the damage they can do.

I also wanted to hunt them on the bigger side possibly Stalker maturity of the creature if I could. While there is a lot of old data on possible locations it was not certain that they would even be there let alone the mature I wanted to hunt.

I at least did get a good idea of the natural habitat they tend to spawn in. They seem to like rockier desert-like areas than anything else. Which reduces where they might be on the planet.

I started to fly to a few different coordinate locations I had. Sometimes these locations appear to just be the teleport location where I would assume they could be found near. Other times they were in the middle of no were giving me hope that would be a decent place for them.

I do know along my journeys I have seen them in recent weeks. I however could not quite recall where that was. I have been all over the planet and on multiple continents of Calypso. I ended up dropping a few different waypoints of some areas I wanted to check out. While they looked like they be in an area you would expect to find one. Quite a few times I found something else around where they should have been.

In a couple of these areas instead of finding what I wanted I found robots. This seemed to be quite out of place. At the time I do believe there is some kind of robot invasion taking place. I have not gotten around to looking into it further so I may be losing what I want to hunt to an ongoing event. 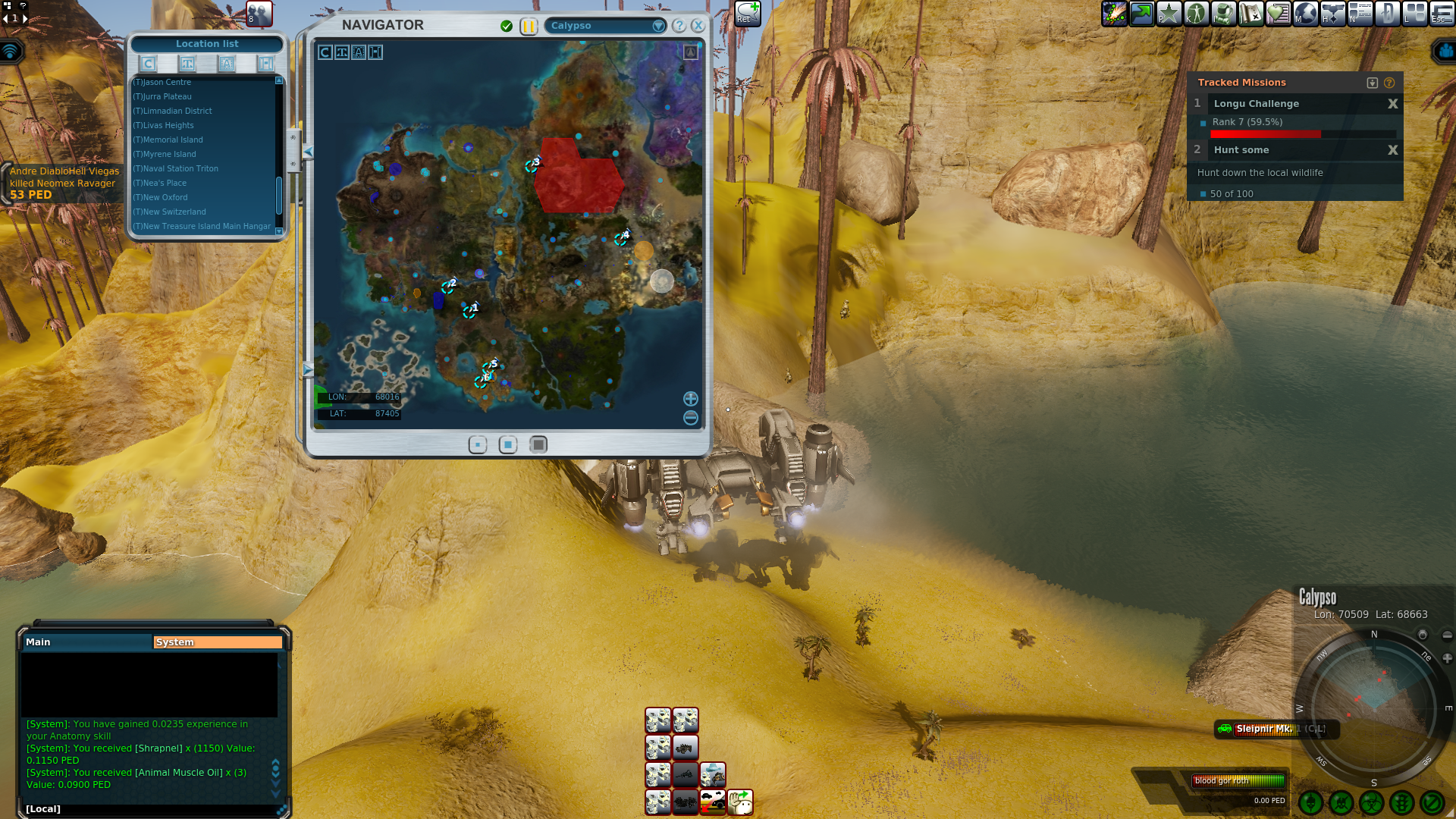 At one of the locations I was checking around they ended up not being that far off. They were however up on a shelf on a mountain. With a small body of water taking up most of the space. It would be quite hard to clear out the spot without getting a few of them on me at once.

There were also not that many more elsewhere. While I was expecting to find a Provider they were just young Faucervix. Not exactly what I was looking for so I moved on.

After checking out maybe a dozen other locations all over the planet and sometimes finding robots in the area. I decided it was time to search for a different creature. Thankfully a few different things could be dropping the pieces I want.

I quickly looked up the Bristlehog which seems to have an uncommon drop for the Gremlin food guards. The issue with them is they deal 100% electric damage. While they are in the health range of something I want to fight. I do not have the gear to deal with that much electric damage.

One creature I could go hunt was a Sabakuma which is nicknamed the “desert demon.” There was even a location listed on a player-owned land. While I was not looking to pay land tax for hunting there if someone would have a high maturity of a creature it would be in such a place. Things could not be further from a Sabakuma. For a Nexnecis I have the damage output to kill. It however hits me for 80 damage a swing so I’m a bit light on having the right armor for it. It also does not drop what I’m looking for and I was not impressed with what the loot table on the wiki showed either.

I can only guess the area was a little too cold for the Sabakuma. Perhaps it moved out. More than likely it got eaten when the landowner changed the DNA for the place into Nexnecis instead.

This is a shame as it was quite a long flight to get to that location. As I had other spots for it I was checking out elsewhere which meant I was in the middle of nowhere. The fastest way there was over an ocean.

My next choice was Merp. They deal impact and stab damage which I have gear for. They however have quite a high aggression range and it’s not uncommon to have a few gangs up on you and decay the daylights out of gear. I would have to take things easy with them. It also just so happens that I have been finding Merp in locations I was expecting to find Faucervix. It seems like they are quite the invasive species as well. I’m sure herding their population would do good things.

The only issue with my current sighting of Merp was they were young. These creatures also have less health than Faucervix. So I wanted to only fight Old Alpha up to Stalker for them since they were generally low-level creatures to hunt. After searching for a while I came to a strange island called Ouroboros Island. It was a player-owned land that gave a warning that experiments were being done on the island that resulted in Merp Stalkers and a ModMerp.

Could it be after way too many hours I found something to hunt? I landed on the edge of the large island and decided I would walk on foot from there. I did not want to risk not finding a safe landing spot if this island is crawling with Merp Stalkers. 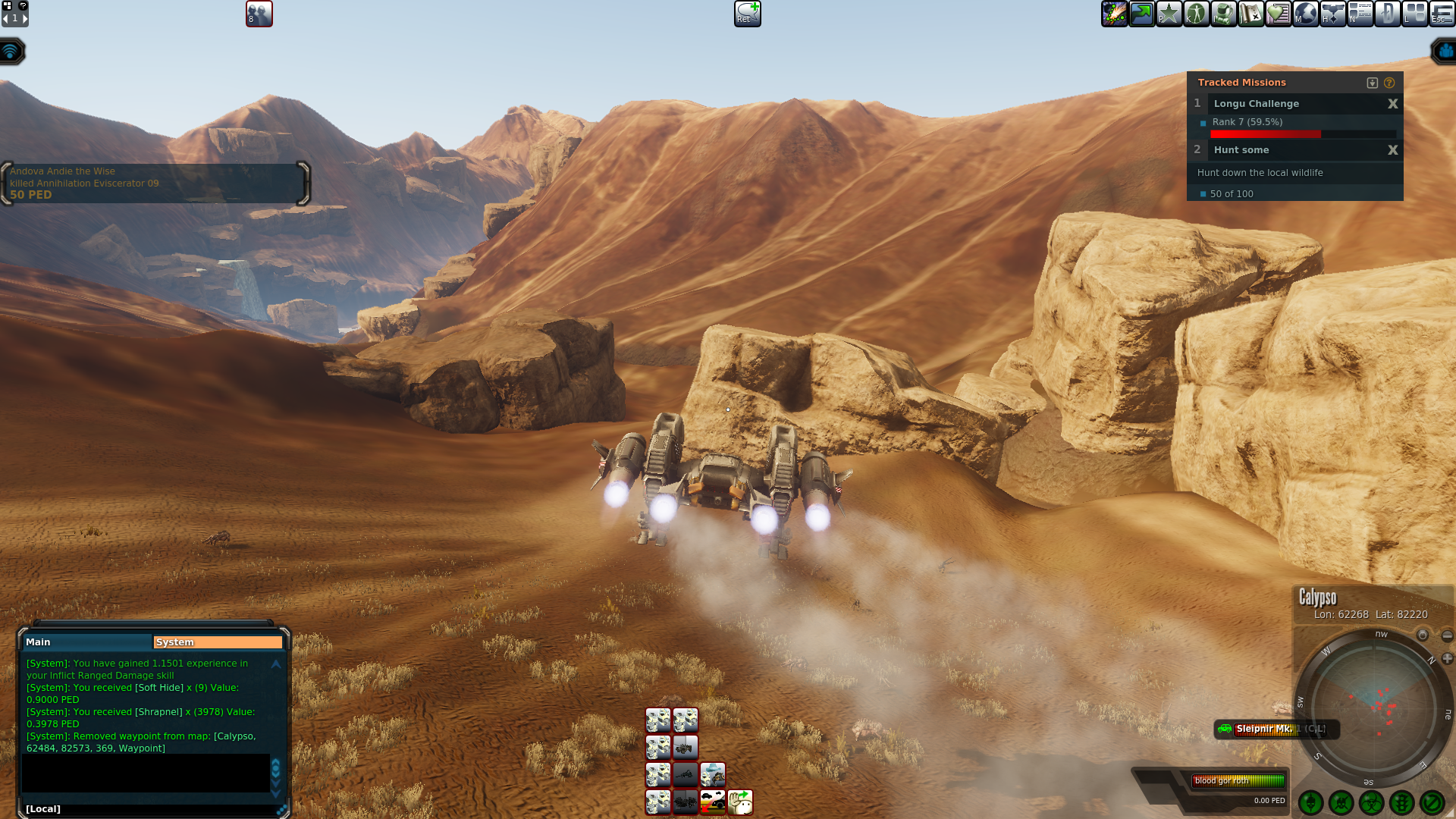 Sometimes you just did not get to do what you were expecting for the day. At least I was able to explore a few different areas. I also found an island I’ll be hunting in hopes it has what I've been looking for.