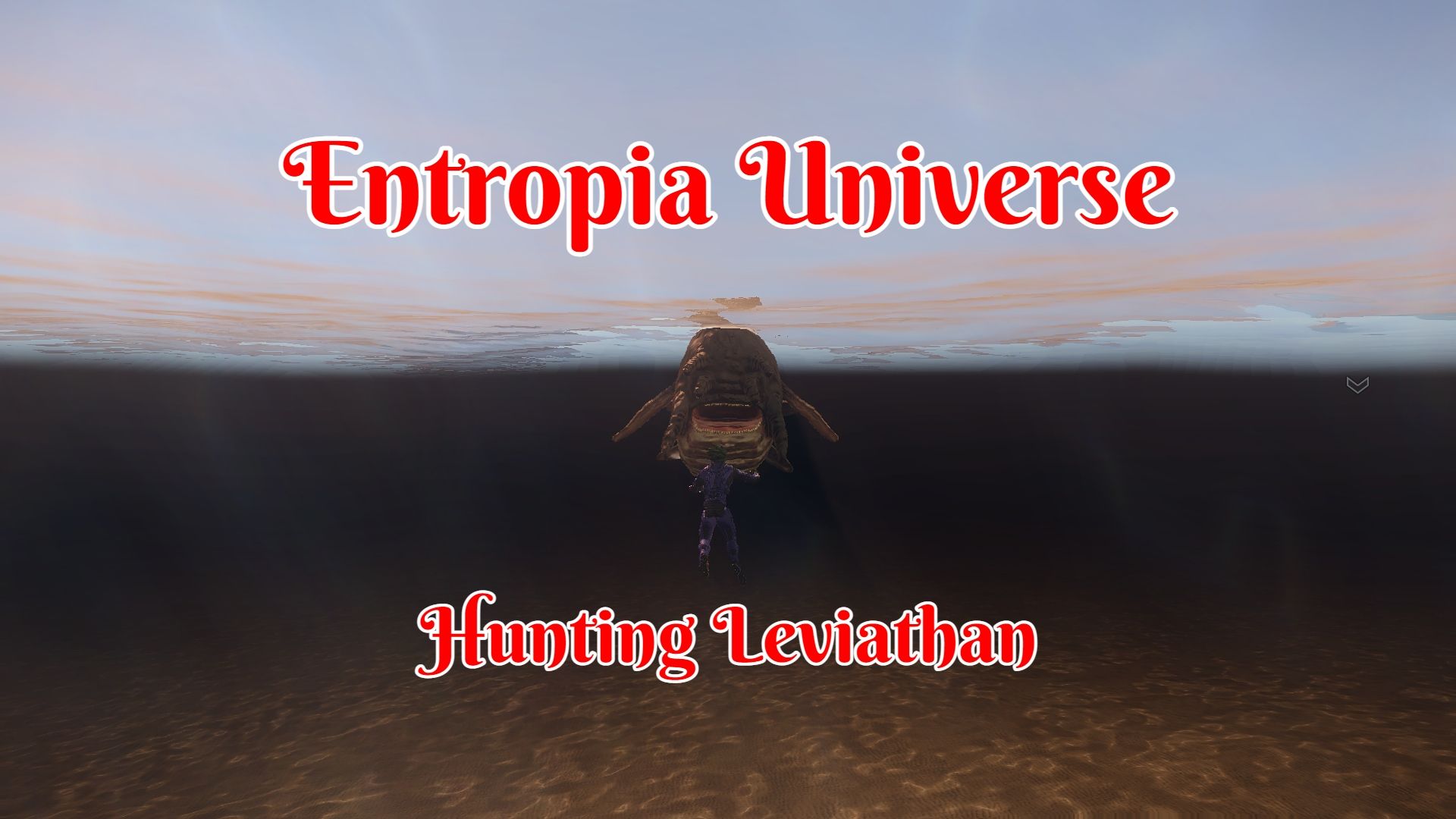 Moving around underwater can be a bit difficult and slow. You tend to see more information on your radar than the amount of visibility you get. It can be easy to wonder about your death if you are not paying attention. 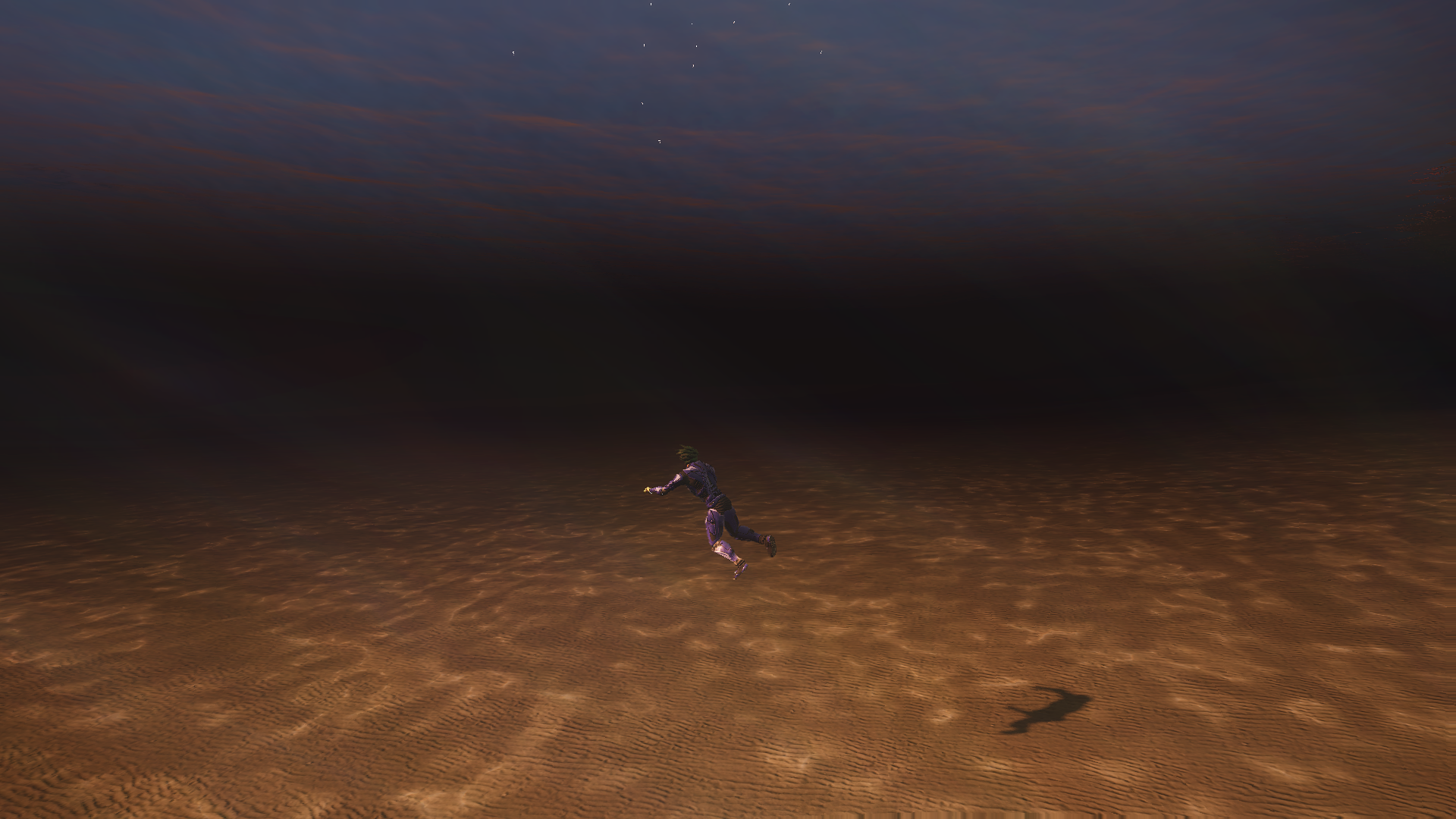 One of the more strange things about the Entropia Universe is you don’t have to worry about running out of air underwater. While they show you exhaling a lot of bubbles that is as far as it goes. This is perhaps for the best with how long fights can take with what lurks below. After just moving forward a little more than my past two locations a Leviathan mature came into view. While I was just hoping to be hunting young maturity I can at least take down these as well. The mature ones have a little over 3k health while the young have around 2,600.

Making them quite a bit beefier in health than anything I have hunted up till this point. They take a lot of ammo to take down. In my normal 200 ammo run I only managed to kill 20 Leviathan in total with just a couple of PED in ammo to spare but not enough for another kill. Making them quite a pricy thing to hunt. My main reason for going down here off the coast was to see how much progress I could get in a single run. I happened to have a daily mission that wanted me to kill 100 of the Leviathan. There is also a mission chain that works like the Rextelum one where you get points per kill and the skill rewards get nicer the further you progress along. Finally, there is a Codex for Leviathan as well.

While I was down here with my ArMatrix LR-35 (L) and Gremlin with 5B plating (excluding the gloves). I only needed the gear if I was even getting hit. Leviathan is quite a slow-moving creature after all. With enough space, planning, and damage it can be possible to kill one before they get to you. 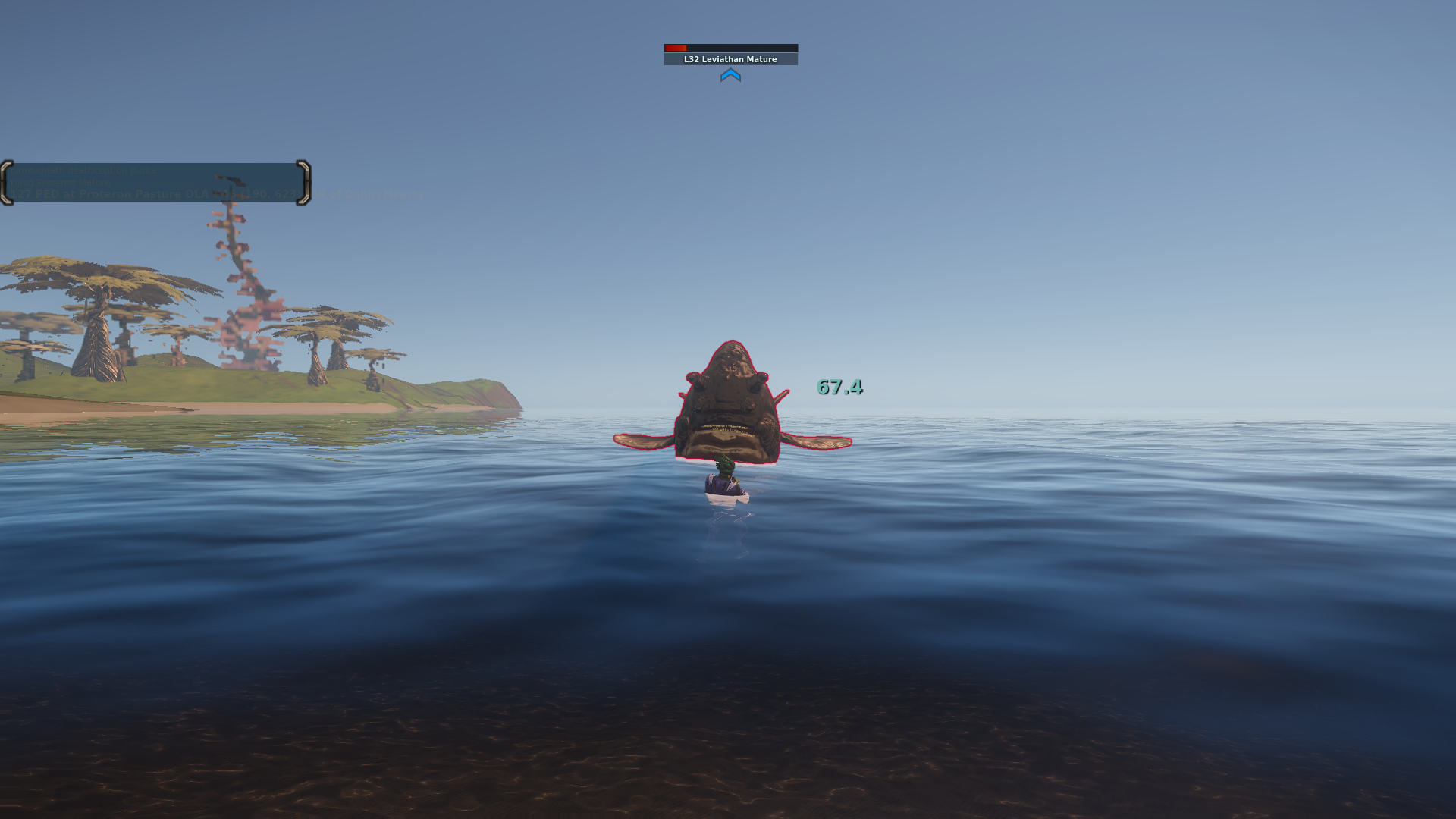 While the area I was in did have a decent amount of space. It would not be uncommon for me to swim almost back to shore and still have some heath left on the Leviathan depending on its maturity of it. This is not something you would want to jump out of the water to try and finish off though.

The area was covered in Older and up to maturity. I can only assume many players including myself lacked enough damage and even the gear to mess with those things. They have almost 500 more health and start to put out enough damage you will need some decent gear to take on even beyond what I have. This area also presented some interesting issues that you have to keep in mind when fighting underwater in Entropia Universe. Since the bottom of the ocean has ridged slopes it’s not uncommon for a Leviathan to get stuck. Many of them will even spawn near the bottom and just tagging them as such can result in them getting stuck.

While you would think that be good news it is not. After a short time of them not being able to move forward in an attempt to chase you they become un-damageable. You then have to run up to them and be close enough to take damage before you can continue dealing damage.

If they end up spawning in a group with other Leviathan you could be in a situation where you are not able to get the one you were working on out. Resulting in a lot of wasted ammo on your part. Even if you rush in and can move up out of their spot you could end up fighting multiple at once. This for most will mean certain death and having to run back.

When you go to pull one of these you have to keep in mind the terrain around you. I often swim back near the top of the surface of the water. That should then put me at such an angle that even if the Leviathan is currently at a depth that it could get stuck on the terrain it will end up swimming at a steep enough angle towards me that should not be an issue.

You quickly learn that hunting something like a Leviathan requires a lot of swimming around. In the area I was in I would sometimes run into a couple of other players and like myself, they were being rather picky about what they were even pulling. Many times they would just sit in a small area and wait for a respawn. 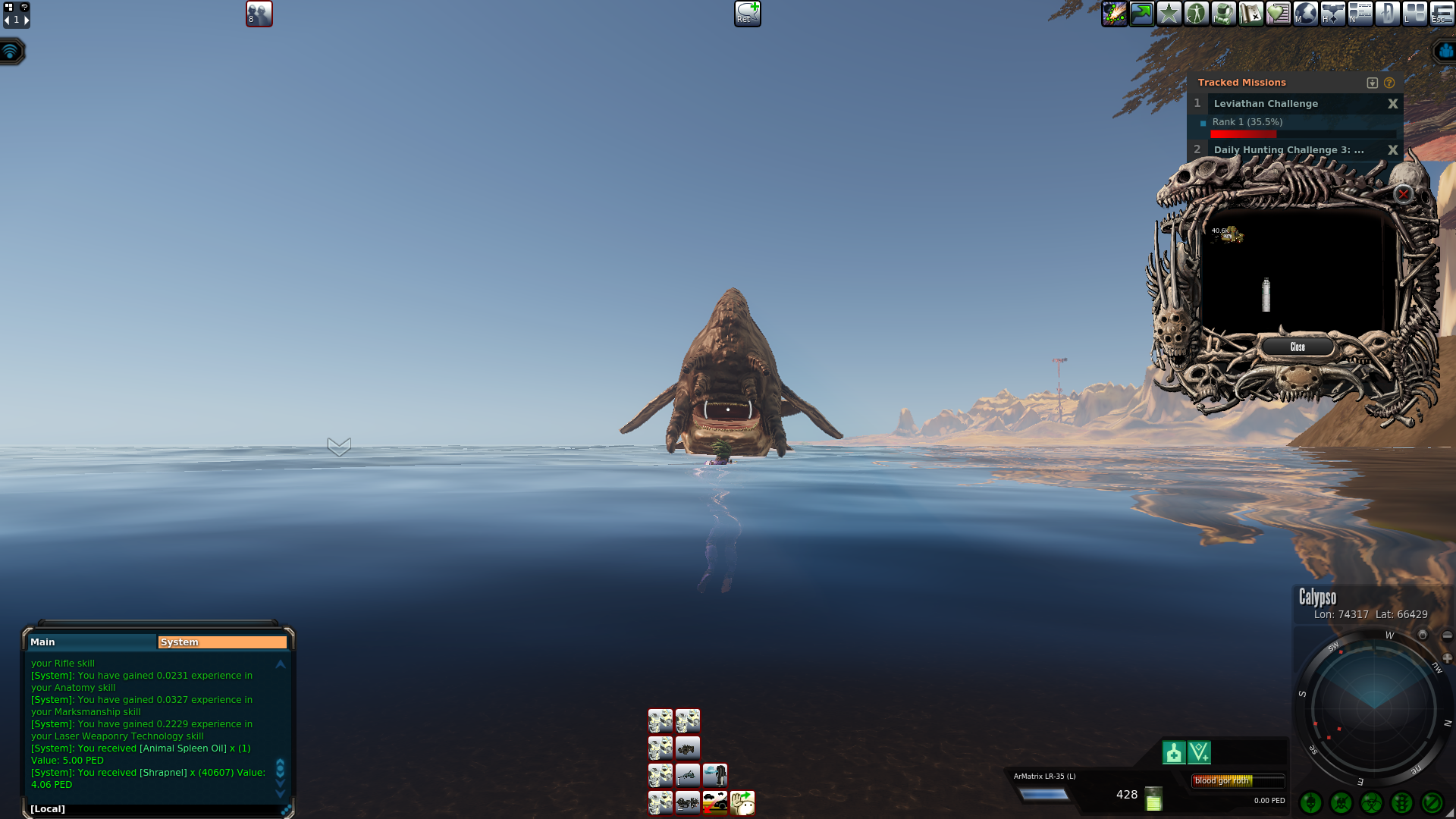 Leviathan is not something I would recommend hunting even if you have the ability. Many that hunt them long-term are whale players in the game hoping for a massive amount of loot in value to drop scoring a Hall of Fame.

I have known several players who have bankrupted themselves in-game trying to hunt these things for a prolonged amount of time. You don’t see them globing much for how much they cost to kill and how many people are actively hunting them.

From looking at different loot tables it looks like they have one gun and gear piece that are nice unlimited to get. It’s however nothing insane unless they're a lot of still-to-be-discovered drops from them which is sometimes the case.

There have been creatures in the Entropia Universe that sometimes took over 5 years before one of their rarest loots dropped. Even then such items might not have sold for enough to cover massive losses farming something like this for months or even years. As far as my hunt went I was down 33% on the run after ammo and decay. The number of runs I would need to do on something like this just to get some decent progress on the missions I have are not worth it for me.

These were fun to hunt. However, not something I would go near most of the time. This might be something I go hunt with a group of friends and that is about it.