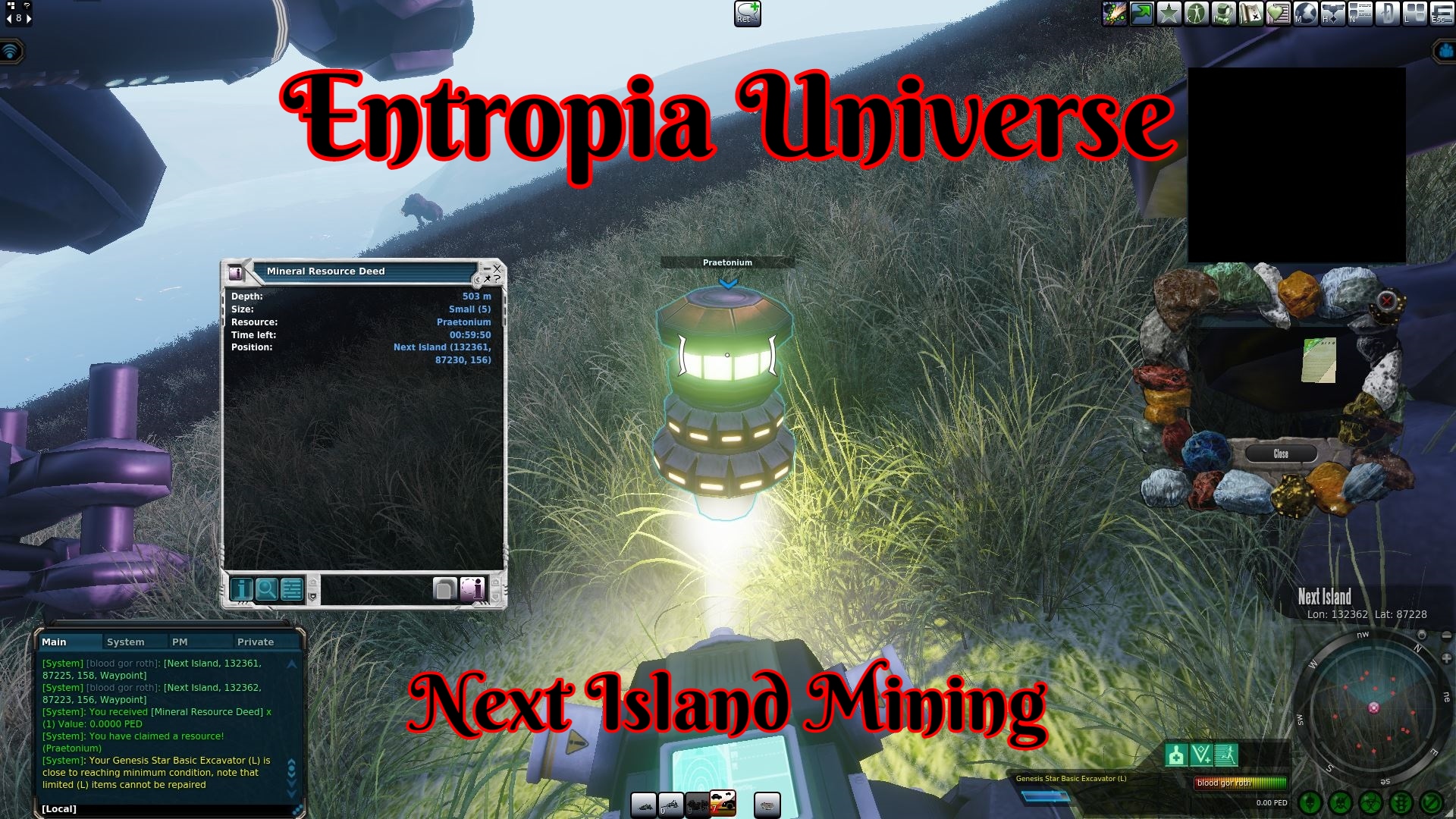 Mining on Next Island ended up being a bit different than what I was expecting. Since I needed some mining resources I thought I might as well go out and do some mining runs. These runs will be unamped and I’m somewhat glad I did. 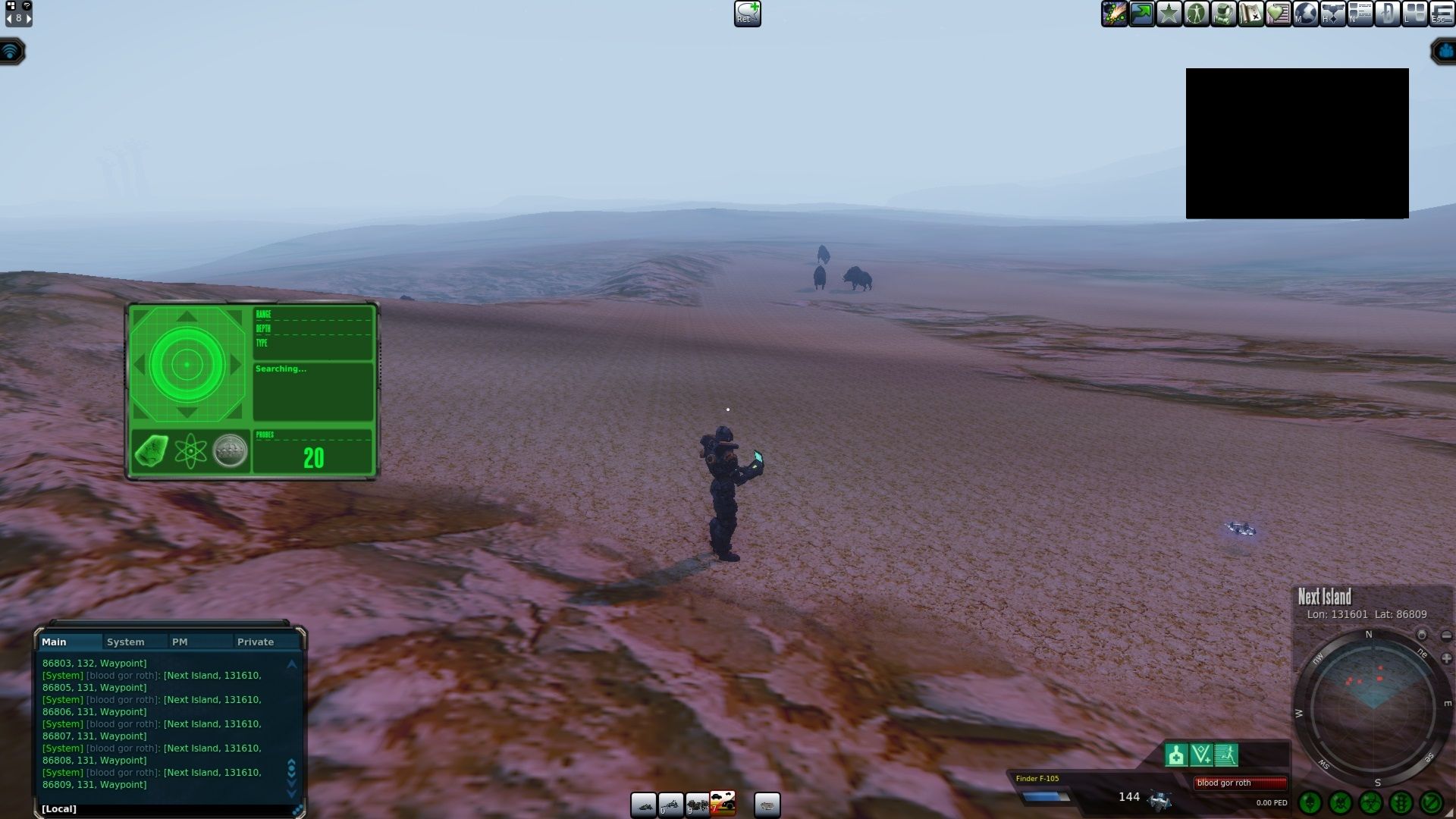 I’ll just be mining for ores. While in the past on some of the planets I explored I would be mining for both. Since I have zero need at this time for enmatter I decided not to drop for any.

Next Island has a couple of different ores and one of them in particular sells for a lot. As far as I can tell, like other planets, they did not have giant fields where you can mostly find those special ores. I was just finding it at random along with a lot of different stuff. That might explain the high markup among a high usage case as well. 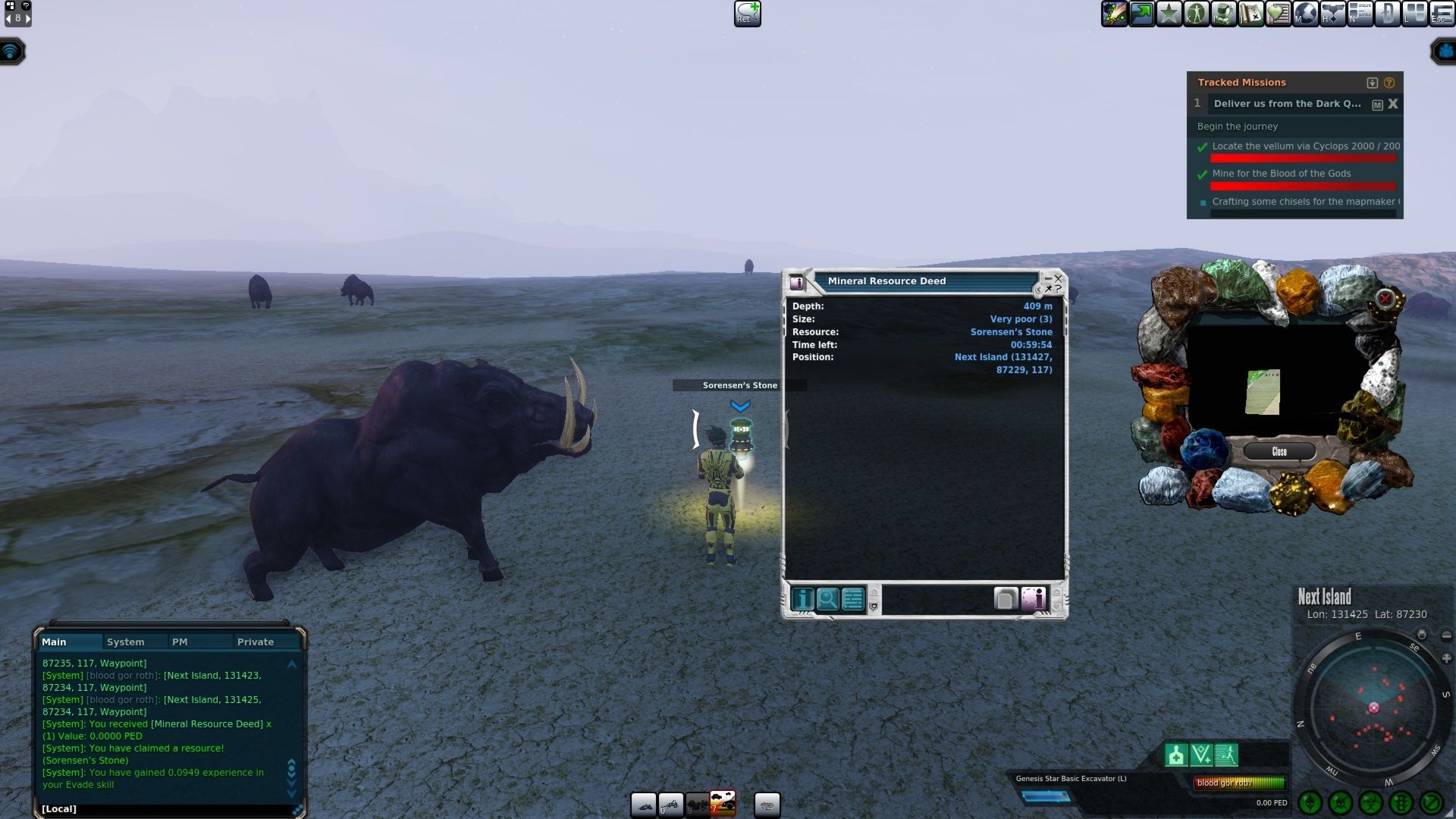 From what little information I could gather online along with my finding. It appears at least with the limited data I have that Next Island has quite a spread-out ore field. What you tend to find in one sector of the planet you will find in another. Some areas perhaps just have a slightly higher chance than others at certain ores.

You can still expect things like Lysterium, iron, and many others to be at the top of the finding percentages. It was however kind of fun just to mine anywhere and find Belk or Duru along with a bunch of other stuff.

This is also the downside as you could go out and find a dozen different ores. Making it harder to gather enough on shorter runs to sell. Some normal ores are in high demand on Next Island and you can expect to get sales on those like the special ores here, lysterium, and iron. While it has been a while since I’ve done unamped mining I was somewhat shocked by the number of size 2 or 3 claims I was finding for ore. Yes, size 2. Perhaps the run and areas I went out to I was just having not a great day in that kind of discoveries. It seemed to be quite a common occurrence for the Next Island ores but that also included normal stuff as well. This was a bit disappointing and I hope is not a normal experience I should expect if I try more mining here.

Next Island also has vast areas just covered in creatures as far as you can stand to fly. While there are quite a few spots here or there that seem void of all life. In a lot of those areas, I could not find a mining claim to save my life.

As a result, I ended up just dealing with areas that had massive spawns of creatures. Doing my best to reduce how many of them I had to deal with every time I found a claim. Having just the basic TT extractor from Calypso to mine up claims did not feel quite ideal in many situations I found myself in. The other thing you kind of need to get used to with how Next Island terrain is. A lot of areas are massive hills, mountains, and other uneven terrains. While some areas are quite flat in certain areas. You can expect to need to be a bit cleaver sometimes to get a probe drop around where you want it to be. Thankfully you can always summon a claim within a certain range to get yourself out of any real tricky spots. The real reason to be mining on Next Island is for the Dark Lysterium. While that markup is shown and volume is just for the unrefined stuff. It was going for around that if not a bit more once refined. That is amazing.

While I did not find a lot of it. It at least helped save what would have been a rather disastrous run otherwise. The amount I did end up putting up for sale also sold within a few hours. While it was a smaller stack it makes me want to do some bigger and perhaps amped run on Next Island.

As for some of the other Next Island ores I found. While some of them appear to have 105 to 110% markup of the ones I found. The lack of weekly sales let alone monthly is a bit concerning. If you end up getting a big find on one of those that might take you a while to offload it.

Granted one of the major issues for some of those ores as well as the lack of supply. While something might be selling for less than 110% markup on average. The only stacks people are trying to sell are asking insane amounts over what the data is showing people are willing to buy it for over the long run.

So it is hard to be certain how much you could move in a week if sold at a rate the markets seem to be willing to pay. I have also not done much research into what ores like Praetonium, Sorensen’s Stone, and Dark Lysterium are mostly used in.

It was at least nice to see that many individuals are choosing to try and sell their ores on Next Island. On a lot of other planets, you tend to see people not even trying anymore for the most part. I just wish I could see a breakdown of sales on an individual planet to get a better understanding of their markets. 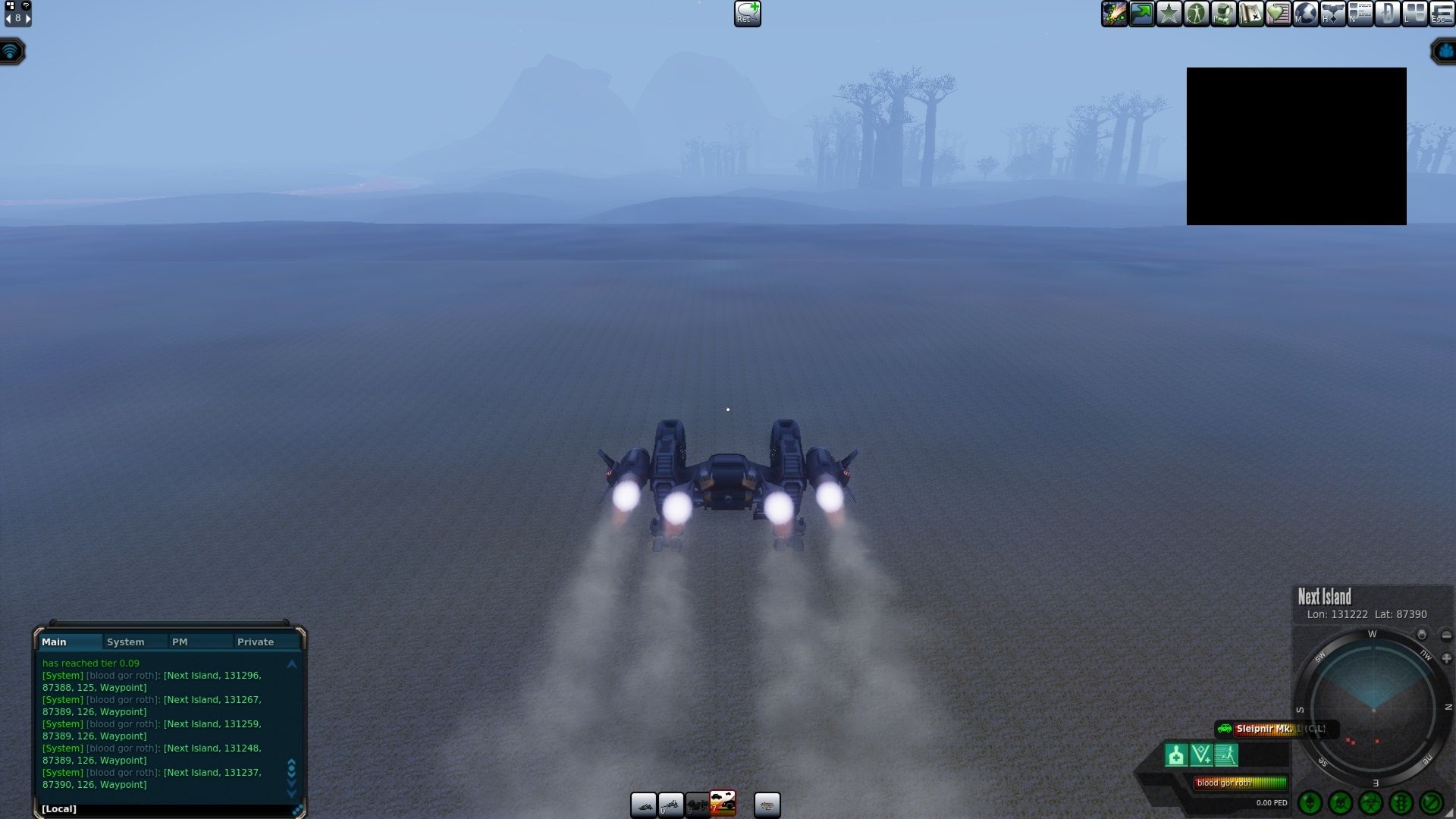 I’m still uncertain if I’ll be giving Next Island a chance with some amp runs. It is quite the distance to get out here. Let alone having to resupply and break up what I’m selling between two different planets with trying to sell the local ores on Next Island and most of everything else back on Calypso.

I would also hate to go amp mining and find extremely small claim sizes like I was if I was amping. A couple of bad finds like that and large areas of finding nothing all as I had in certain parts of my run. That would create a massive hole in losses that would be hard to get out of.