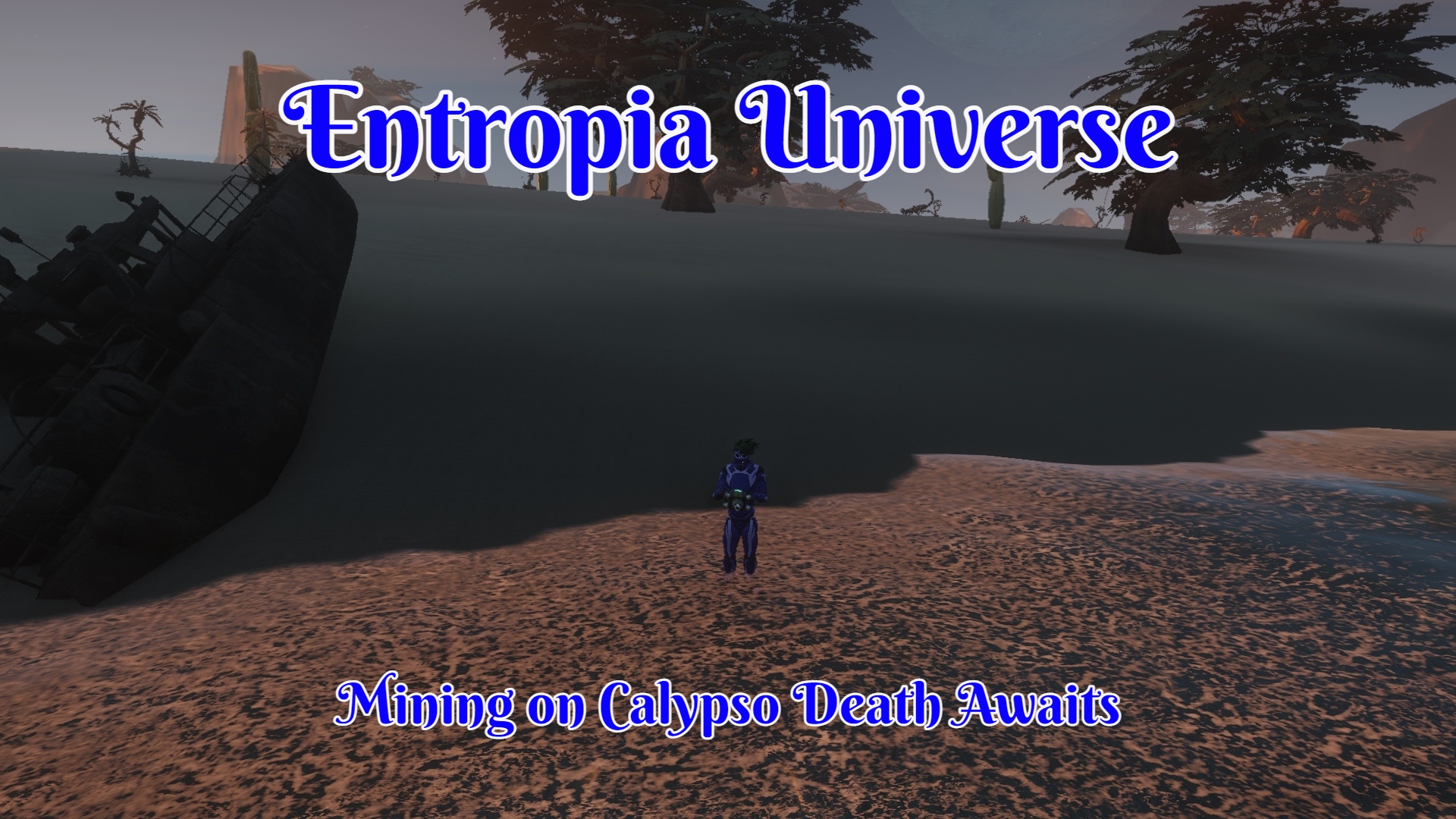 Since I have been hunting around Jameson’s Reach a lot for Rextelum. I have wanted to do a proper mining trip around the island itself. While I have dropped a couple of probes here or there nothing to the extent I wanted. Leaving me wondering what is in the area.

While the lower level Rextelum proved no issues for me and I’ll even be clearing some of them out to get to certain spots to drop probes I want. A lot of players either don’t want to deal with something this aggressive or simply can’t. Leaving me in a great position of having access to mine a place not everyone can.

Not to mention this island is in the middle of nowhere between the two main continents of Calypso. Unless someone already went to the trouble of flying here, finding one of the teleports on the island. They are not just going to walk on in let alone swim here by mistake.

I have been on the search for a while to try and find some decent areas to do mining on Calypso. As always don’t expect this post to go over all of my finds or show everything. In some of these mining posts, I choose to talk about certain things, and other times I do keep them to myself.

Since this is an exploration run I’ll be double-dropping (mining for ore and enmatter.) I might need to make several trips here to determine if it will be a place I’ll be adding to mine and if so what I’ll focus on while here. While I have many experiences of mining in Entropia Universe to the point I know how to get around, mine in, and deal with aggressive creatures that I rather not have to tank to mine a claim. It was kind of nice to just kill some of them that were standing right on top of where I wanted to drop a probe.

Naturally, this Rextelum dropped some tier 9 complements. So it did not matter at that point if this would have been a no-find drop. It was however not. So that ended up going quite well for me.

Mining in the middle of a desert on an island I was expecting to find a lot of crude oil. Since I was looking to stockpile a bunch of this stuff for another trip leaving Calypso I did not mind finding a lot of it.

One thing that happened a lot when I was doing proper hunting sessions was there were a lot of perception gains. I could never get to the bottom of what they were. For part of this mining trip, I wanted to carpet bomb entire sections to see if whatever it was is still around or not.

Needless to say, I did end up finding a couple of interesting things. I might even have a better understanding now of possible things that could end up being the case in the future if I do any further hunts here when I get a perception gain. Not everything on this mining trip was going to be cleared. Once I started to get low on universal ammo that I was also using for probes. I elected to fly to my next drop spot in my Sleipnir, drop a probe, and fly to the next location.

Some of these spots were quite heavy in Rextelum so I did need to summon any claims I found out. Thankfully there was usually a spot big enough to sit in without getting aggression. In the rare case, it was not. I could usually just kill one Rextelum and make my spot to summon into for some mining.

While I had come here hoping to find a high amount of mining claims. I noticed certain areas not only seem to have nothing found in them. I even suspect some of the green dots on my radar might have been other people mining this island.

This also might be the case why when I was doing all my hunting here I would see a lot of people I thought were just passing by looking for an “empty” area to camp for Rextelum. I’m now formulating a new hypothesis that those were people mining not hunting. 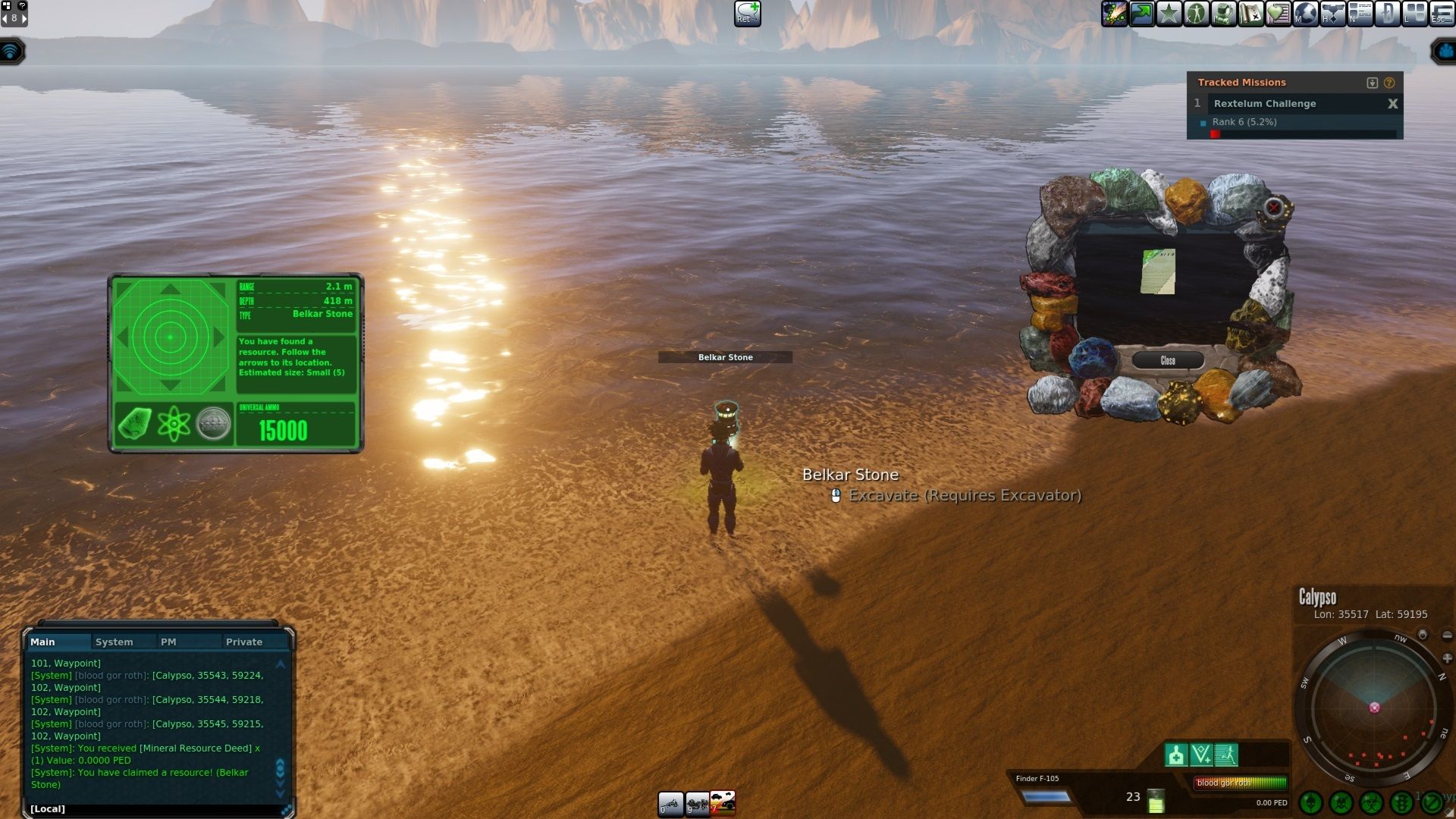 Like a lot of islands in Entropia Universe, there are usually a lot of relativity-safe areas that you can just go mine around. You can see all the red dots on my radar are far enough away from my location I don’t have to worry about anything. 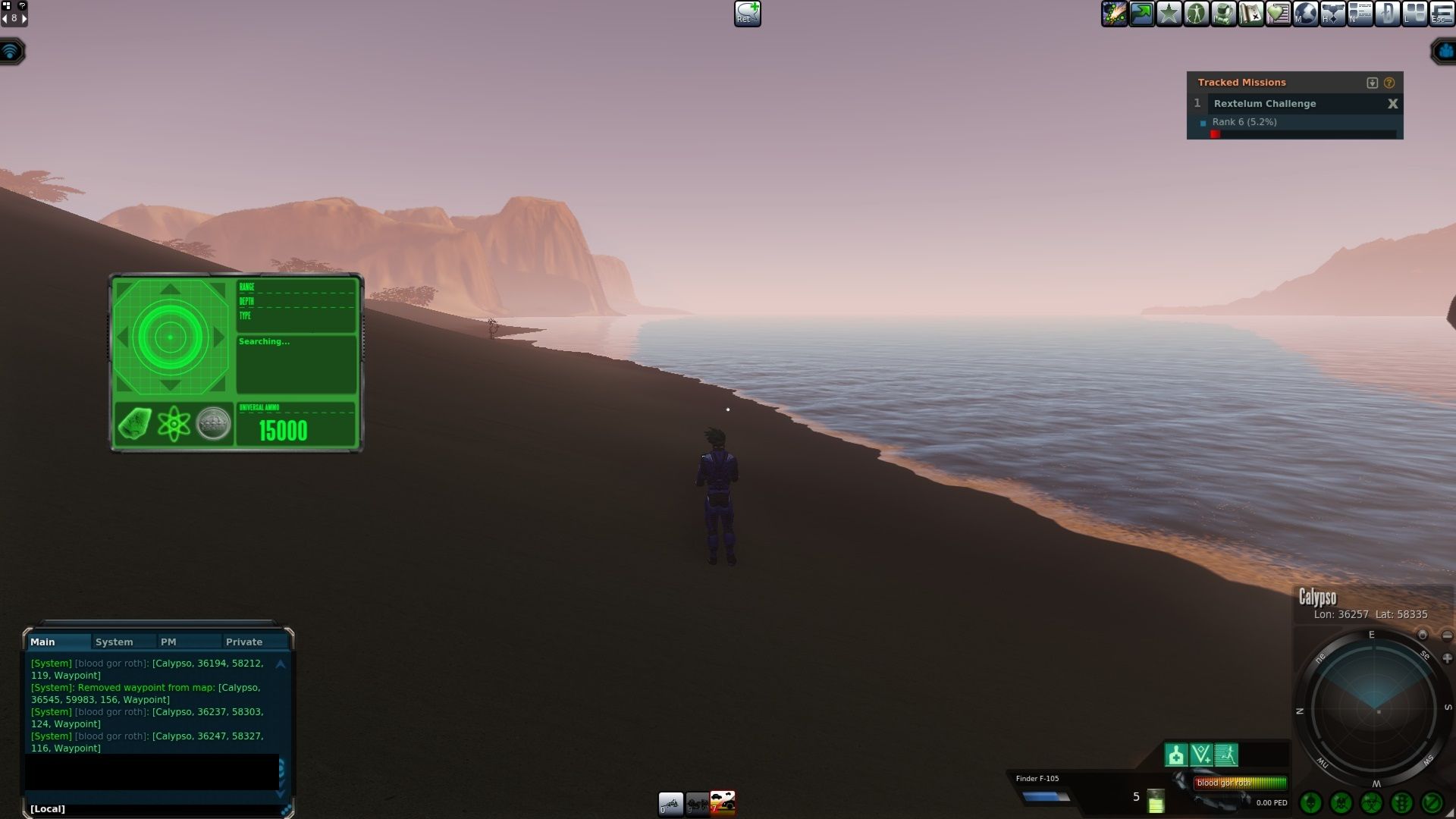 In the end, I made a few grid patterns around different sections of the island. I also mined around the outer edges of the island itself as well to see what mining in those lotions would look like as well. I have the very early stages of some mining data for this area now.

As far as the run itself it ended up being a break-even after markup. I did hit a couple of areas that had very low claim find rates. While some of the creatures I killed to clear my way dropped a couple of higher markup items the hunting side of this run did bring down my profits slightly. I also never found a mining claim bigger than size 5.

Despite how much mining I’ve done in Entropia Universe it was always in select areas on Calypso or mostly on another planet. I’ve only mined a small amount of Calypso itself and have gone on quite a few random in the middle of nowhere mining trips to see what I find.