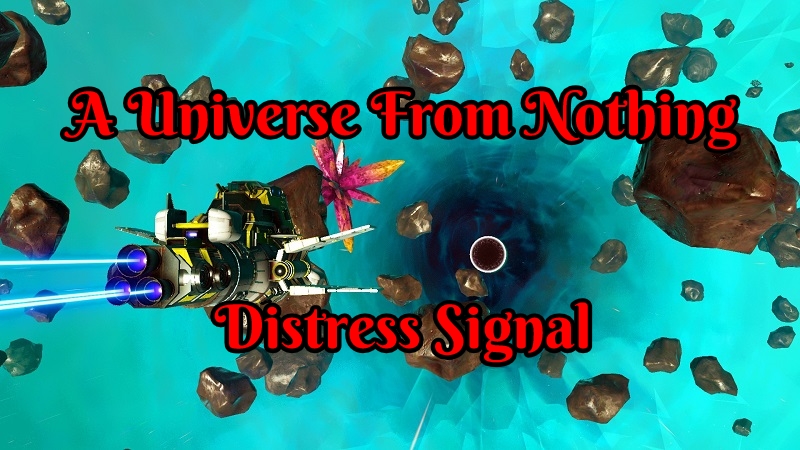 Some would say two strangers meeting at the same exact point in time and space would be nothing more than random luck. More sinister and keen individuals would say the universe does not allow such randomness to happen as there is no true random.

Many options were brought up to Enjar the Traveler that all lead to the center of the universe from following the Atlas to risking the use of black holes to travel vast distances. One thing was for sure he was light on units to afford such a prolonged journey so he set off farming a large amount of cobalt. It was discovered later that he could crash the markets and buy everything back. Some pirates cough wind of this and were hoping for an easy payday they ended up getting something else instead. 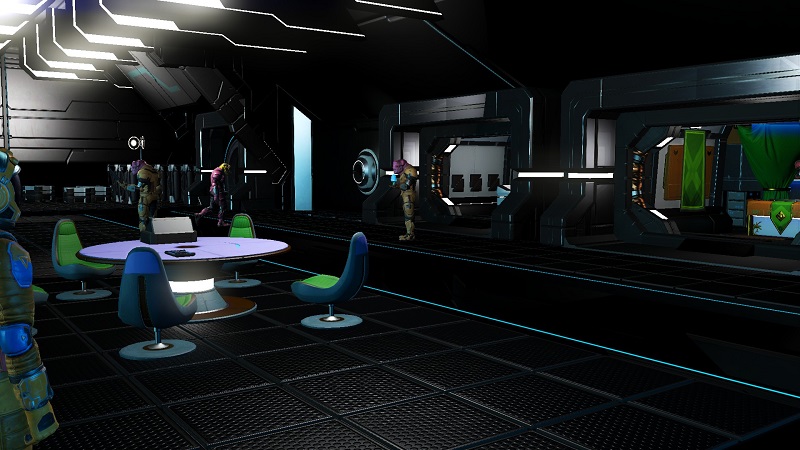 It was no wonder a gang of pirates had tried to jump him as soon as he arrived in this solar system. He was perhaps the biggest opportunity generations would have had at striking it rich. It was clear this solar system had seen better days it did not appear to even have basic emergency services. It was a take what you could get your grubby hands-on kind of place and if they got cut off for getting caught that was your own fault.

The space station smelled like oatmeal that was microwaved without any water. The lights flickered sometimes giving their last before a loud pop and were never seen from again. The creators onboard must have not discovered what a washing machine was let alone deodorant either. Most of them were coughing with miner lung from whatever low-grade ores they could find, steal or huff.

All the vendor signs no longer had any text above. They were all selling nothing but low-grade C equipment and mods anyways. Some of it was discounted half off if there was still blood on it. This was not the kind of stuff you wanted to get caught having installed if you ever ran into a checkpoint towards more civilized space near the center of the universe.

There was not even a mission broker but that came as no shock. The alliance that ran it had packed up and left decades ago if not longer. That stall instead was being run by a very shady person who clearly had 9 of his fingers cut off. He had fish eyes that lacked even less of a soul in them if that was possible. As far as what he was selling that was unclear. Everyone in the station acted like it was a bad omen to even look in that direction where the guy was.

Out of the two trade terminals, only one worked and the prices were so bad it was clear no amount of volume was going be sold here. It was just best to load up on any cobalt that could be scraped out of its dustpan and move on. Might not even be enough margins despite the prices to make the cost of warping here worthwhile.

Thankfully Enjar had packed enough canisters of warp fuel to make a couple of extra jumps if needed. He did not want to spend another moment there and did not even bother to see if anyone was selling the raw materials to manufacture more.

Something More Than Luck 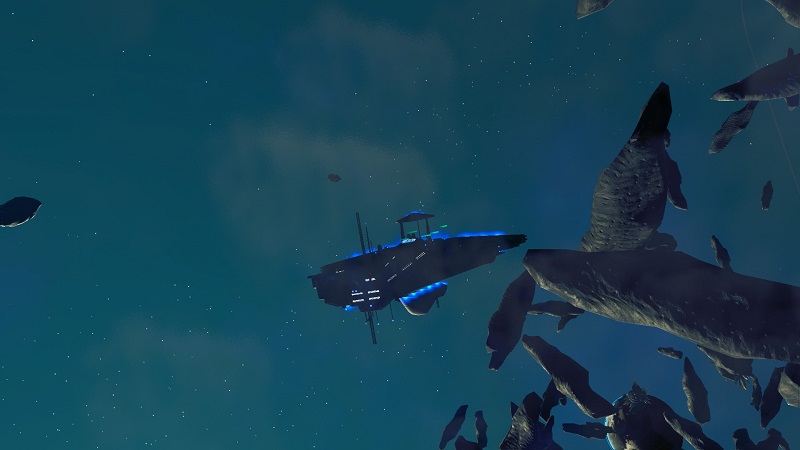 Just like before, the moment he landed in the next solar system he started to hear the firing of pulse weapons. This time however the pirates were not locking onto him. They had sieged a freighter and were working taking out its sub warp systems to make it dead in the water. A large payday for sure but they didn’t seem to be careful in not hitting the cargo holds risking the loss of what they might have been after.

The freighter itself was broadcasting on all radio channels and wondering what was being said Enjar dialed in on the message and listen in on what the captain had to say.

The Owner is trying to collect the insurance if we don’t make it back in one piece and alive. . .

There are four souls aboard willing to reward in cargo for any assistance. . .

The message repeated over and over. No one seemed to have picked up at any attempts of contacting them. It was either a trap or their radio system had become damaged during the siege they were unable to.

It felt like quite a trap as well with all the cobalt sitting securely in the back of Enjar’s ship. The space station was on the other side of the solar system and they either were not receiving or were paid to just ignore any distress signals. 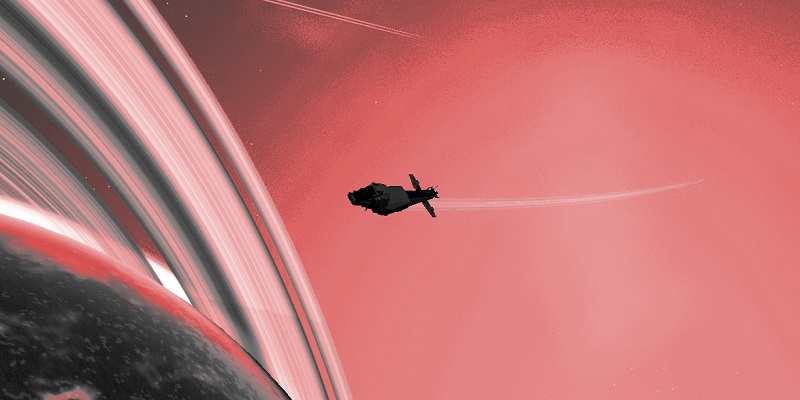 While it might have been a silly endeavor and perhaps his last he turned on his weapons system and blasted down the first pirate ship. It was clear the pirates had tunnel vision and were solely focused on the task at hand. That, however, did not last long as one of them broke off their formation to retaliate.

Still missing more hits then what he was landing Enjar managed to strike the freighter itself. He hoped they would mistake it as a sign of aggression. At best he put a scratch on the paint his laser weapons were not very strong.

The pirate seemed no better either. The two were just trading missing blows for the most part with each other having a go at the other before exposing themselves for an attack. This seemed to have gone on for a while before a lucky blow penetrated some hull and took out a power cable causing the pirate ship to spin-off uncontrollably.

Somehow the freighter was still holding its own ground but being so large it was not able to take down any of the pirate’s ships itself during that time. The pirates were just too agile to hit even for its smaller flacking guns that lacked the tracking speed to keep up.

Enjar managed to take out another pirate that must have forgotten he was still around. It was heading right back to the freighter for another attack run and made quite an easy kill.

After that, the remaining two pirates stopped focusing the freighter and locked onto Enjar’s ship. They started blasting holes in his wings and he could have sworn part of the ship's landing gear was now floating off into space. This, however, did not stop him and he returned just as many blows.

He caught a lucky break when everyone was reloading the power cells to their weapons systems. He managed to regen his shields back to full. He could now take on quite a few hits again and just focus on landing one good shot.

The two remaining pirate ships now covered in holes with failing life support systems could no longer keep their nerves in check. They started to fly in easy to hit patterns and even managed friendly fire causing more damage than anything Enjar had done to either one of them. The fight was shortly over after that with two large explosions.

The freighter ship hailed Enjar to dock on pad A and come claim his prize for saving their lives. While difficult with only one landing gear remaining he managed to land with some needed help of the freighters tractor beam systems.

He walked his way up a flight of stairs to greet the crew and captain himself. There were a couple of doors and narrow corridors along the way. It was quite dimply lit and the inside of the ship was boring a rather boring color pattern. Not a very inspiring freighter how it survived was quite questionable. Even more so with the lack of cargo containers in any of the rooms he passed. 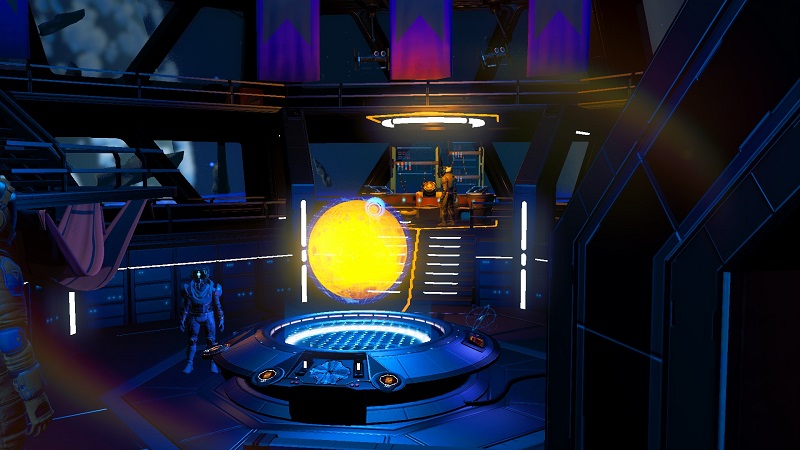 At the helm of the ship were a scrappy crew and their captain. The captain at first seemed rather grateful and joy-filled with excitement for surviving the encounter. This, however, did not last long and the more they talked the quicker the captain’s smile faded from his face.

While the freighter’s manifest claimed that they were hauling enough gold to make a king blush. This could not have been further from the truth. They thought they were heading to pick up some low-grade carbon when they noticed the pirates trailing them.

Even more worrisome when they tried to radio the activity their location being board cast with it was incorrect. The tracking transponder had been altered and that was when they discovered as well the manifest list along with a few other things where incorrect. Quite a few ship systems that were listed as working turned out to not be functional.

A couple of pirates like they faced should not have been any issues. They had a couple of fighters in the bays below to deploy with some skillful pilots to fly them. Those ships, however, would not even turn on let alone fly. The whole thing was a giant set up to carry out massive insurance fraud.

The crews themselves made a pact with each other as the first lasers were hitting their shields. If they survived this encounter they would disappear and head their way to the center of the universe. Where stories of easy and high paying transportation jobs were going unfilled.

With all the systems that had been altered in an attempted to make them easy to take down. Someone had also bypassed a lot of computer security systems which only a government employee is supposed to be able to do. This seemed to be an attempt to keep alarms from going off beforehand. This left the ship's main database open to being edited to the point the name and more importantly the owner could be altered.

There was just one small issue for them. They lacked the proper tax records to ever prove that they had enough income to buy such a freighter. This one alone cost over twenty million units and even the captain made less than a hundred thousand a year. Since they were working for a major corporation there was also an entire DNA profile on each crew member.

Enjar, however, had not yet been documented. Such things are not uncommon it would just be assumed by any local governments that he lived in the outer and lawless part of space. They would simply detain him till a proper DNA profile could be completed along with lots of paperwork. Sure there would have been quite a few questions about his undocumented ship as well since there won’t be any record of its name but that’s nothing some fines and cursing the primitive planet he must have come from for not doing their proper job would not have fixed.

Since both parties were heading in the same direction anyway this seemed like the perfect match. Enjar would warp ahead of the freighter and make sure things were clear before they jump. In exchange he would take profits and pay the crew members himself acting as the shipowner.