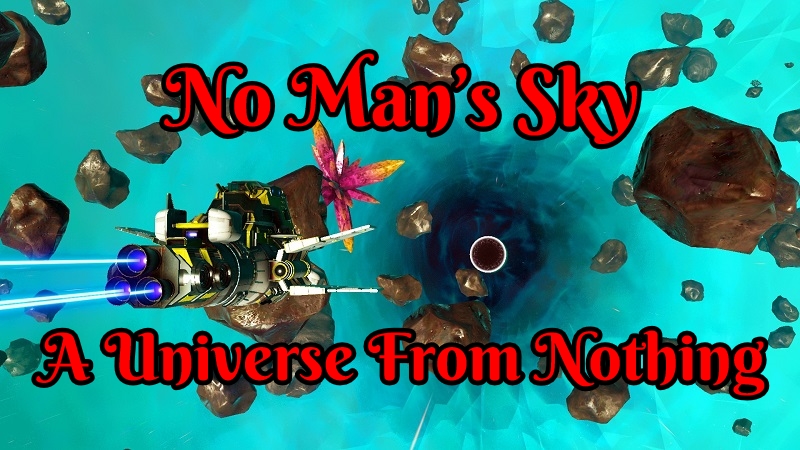 It’s like the universe is being controlled by someone who keeps a very watchful eye on me. Every step and breath I take is recorded. To what end I do not know. All I know for certain is this universe was created by someone’s grand design and I’m a piece of that puzzle within it that I cannot see.

One Life Is Not Enough 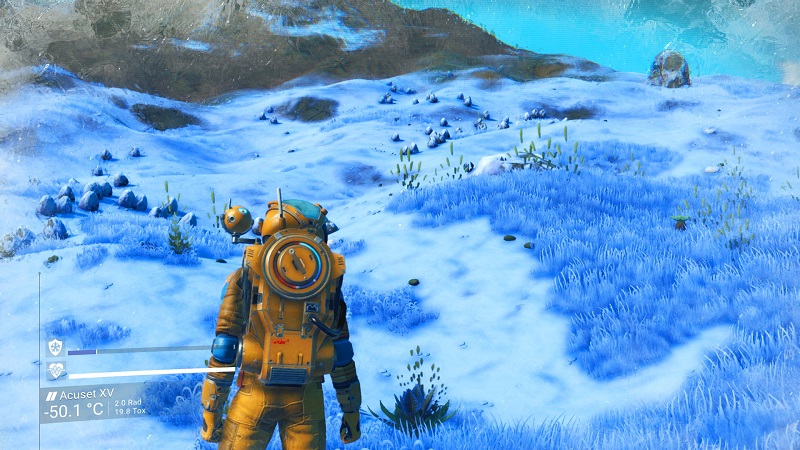 I awake with a buzzing piercing sound in my ear. My forehead feels like it was pressed in a vice. I’m quite certain a few of my ribs are broken. I’m standing but I don’t’ recall getting up. I have no idea how long I was passed out on this very cold planet.

Where am I? Who am I? I recall nothing of my former life. I have no idea how I got here. All I know for certain is a computer voice telling me I’m on the verge of death.

I tried and take stock of what is around me.

I have a grey colored multi-tool that is quite bashed in. Wiring is hanging out of its enclosure and most of its modular slots appear to have been corroded away or flat out have nothing remaining of it. From what is remaining left I have a broken scanner device and barley working mining function. Even if I’m able to repair this the usefulness is coming to a bitter end. I will have to keep an eye out for a replacement.

There appears to be no one around me. Am I alone in this world I find myself in? Will I find other people? What if I ever get off of this cold heartless rock? The future seems so uncertain and yet I fight for survival.

I quickly run-up to some rocks I find and haphazardly start bashing them more than mining it with the laser on the multi-tool. It yields some ferrite dust from the mess of the rocks I make. I repeat this process several times trying to understand why I am even doing so in the first place.

Do I even need this stuff? I at least take note of the rounded pebble-sized cluster of rocks I had found.

Before I could even assess what else was around me my hazard protection on my suit had failed. I had moments left to act to save myself if that.

The universe suddenly got externally warm. My eyes shut and I took my last breath. This surely must have been the end. My life flashed before my eyes but it was a void of nothing. How can that be? Who am I really?

How Can This Be

Time passes as if the universe no longer had to keep track of my lifeform. I was nothing to it or at least I thought.

I awaken exactly at the same starting point I had started at before exploring and finding some rocks. The rocks themselves are strangely missing from my inventory. Did that even happen? I can’t be certain anymore what is a reality as it seems to beat to a pattern I longer understand.

Did someone revive me? Am I not alone on this planet? My mind races with so many thoughts. I thought I had just died yet I’m still here. My heart is pumping and the vein in my forehead throbs with intrigue.

If this is truly a second chance I must make the most of it. I run off this time in a frantic dash hoping to find something ANYTHING to save myself and fuel my suits systems that are endlessly hungry for more resources.

Oh, SHUT UP!!!! I’m well aware of my dire need to find some resources. It’s like the computer voice is taunting me at every attempt I make. I can’t seem to find anything is requires to shut up. SHUT UP.

I start mining some trees that mostly yield carbon. As I go to the fire at another one the mining laser flickers and then stops working. I first bash it on the tree hoping that would somehow resolve itself. It naturally did not. Without thinking I instinctively inserting some carbon I had collected into the device and that seems to do the trick.

Again the universe becomes quite warm and my eyes close. My second chance at life was a waste. I’ll never get out of here. I’ll never figure out what is going on. My corpse will never be found and whatever wildlife is here will surely leave nothing behind.

As If Nothing Happened

Yet again I find myself right back at the start. While the local area is starting to look depleted from my attempts to gather resources I must make another attempt. The universe wants me alive for some reason and I shall discover that reason one day even if it’s the last thing I ever do.

I am Enjar the Traveler.

This time around I wasted no time with thought or planning. I rush up a hill as the sky blackens into the night. My suit is quite concerned about the dropping tempters and so am I. As if I willed it I caught an opening to a cave out of the corner of my eye.

Does this planet have bears? What horrors could be lurking in the darkness of that cave? I had no times to play it safe it was now or never and I rather not wake up at the same starting point again. So I enter the cave.

To my shock temperatures in that cave where quite sustainable and it provides natural protection from other hazards this planet present. Now I just had to worry about finding oxen to keep my life support systems going. There was also light coming off different plants like it was leading me to somewhere.

There seem to be these strange stalagmite formations that are mostly made out of cobalt. I have no use at this time for such a wonder but I shall make a mental note of it if the occasion ever arises.

The cave was much bigger than I was expecting it like it goes on forever and the entire planet is somehow connected to it. I slowly walk deeper and deeper in sampling different rocks and other organic matter I find. For instance, I came across very strange toxic lifeforms that yield oxygen and other minerals in a different one.

After rummaging around for what felt like hours I was not only able to keep my life-support system running but I managed to fix the broken scanner on my multi-tool. This gave me a renewed hope in life even more so once I pressed the button and realized I had not walked to this location in the middle of nowhere. 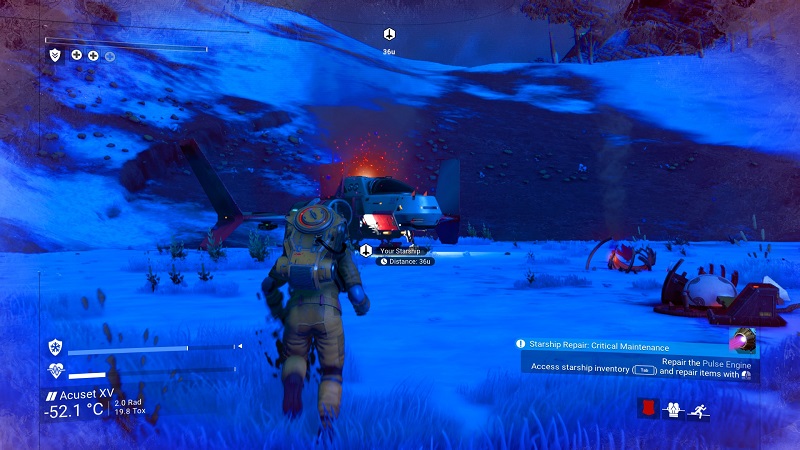 It was almost like it was by design the cave had an exit right where my heads up display was leading me. This could not be happening right now. I had a fear in me I was daydreaming and I was really passed out at the bottom of that cave. It was still night outside so maybe I am dreaming?

There was a small part of me that had kept the hope of finding an actual way off this planet locked away in a tiny box. A box that I wanted to hide deep down in my soul from any prying eyes. I really can’t explain why I wanted to get off this planet so much. I just knew I did not belong here. I do not belong anywhere. I must go beyond what the eyes can see and the mind can comprehend.

I make it up to the ship and reach out to touch it. I was expecting nothing and for it to vanish. Instead, my hand made a loud banging sound. DAM IT!!! I had swung my hand much harder than I thought and bruised it. The ship is, in fact, real but does it run?

It was quite clear this ship smashed at high velocity right into this planet’s surface or at least that appears to be what happened. I have no recollection of such an event. No idea where I was coming from or going. I did not even know the color of it until my eyes fell upon it. As if meeting it for the first time ever. I was just glad it was real.

There was a bit of a debris field around and so I searched it hoping to find anything noteworthy that could aid me on my next task at hand. After some time has passed I found a couple of useful things. I decided to return back to the ship and really see what kind of shape it is in.

Life support at least works so I can now rest inside of the ship when I need a break. Anytime a bad storm approaches or I need a place to recharge my hazard shield I now have a sanctuary to do so. Even better I now have a place to store some of the extra stuff I had acquired in the cave.

The ship oddly enough also informed me that this location was now my new binding spot. Such logic does not compute. New binding spot? Perhaps I miss heard things or I am in fact still daydreaming. I really can’t be certain of anything anymore. Perhaps I’m just suffering from hypoxia. 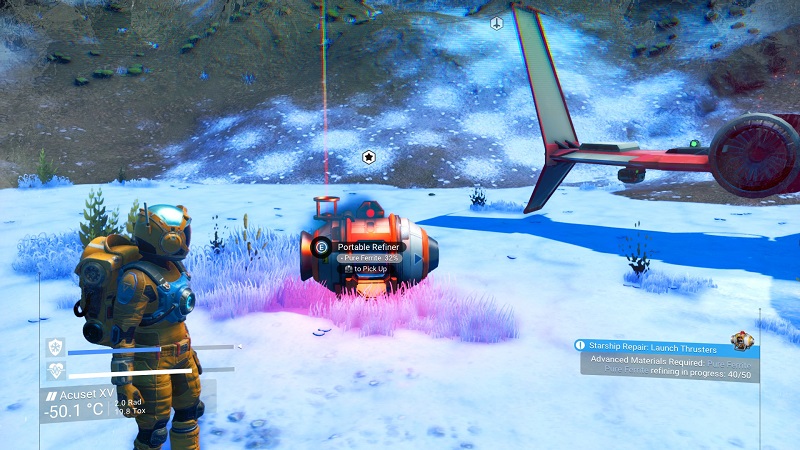 The ship itself needed a lot of repairs. Everything from takeoff to hyperspace was damaged. Some of the materials lists were also refined or crafted. Thankfully I had found a number of blueprints that explained in further detail how to craft some of what I was missing. One such blueprint was also a portable refiner so I could convert some of my resources into more acceptable purity.

I spent quite a number of days going out to find missing material. Analyzing different rocks and plants to see if they would yield anything of important. I even found an abandoned building but whatever transpired within it lead to a lapse in memory. From all the horrors I had been through these last few days I don’t dare press such memories trying to dig at whatever truly happened. 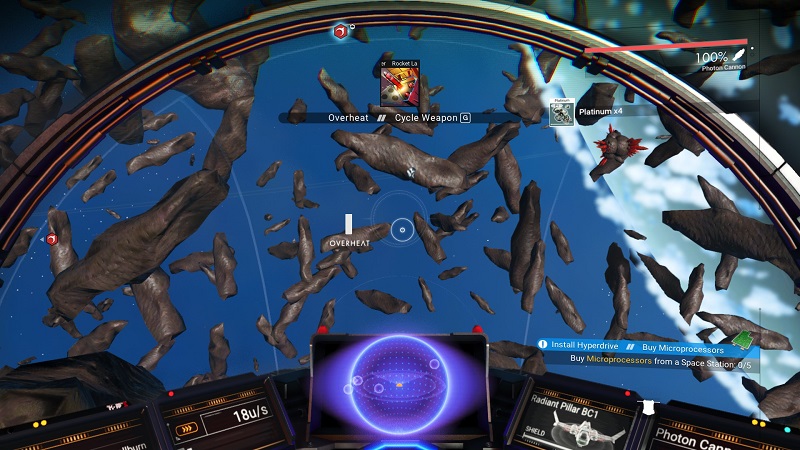 I had finally done it. I had repaired enough systems to get off this rock. I won’t miss it or that cave I had found. Frankly, I want answers and they are somewhere out there. I lift off from the planet without a second thought and point my ship towards the stars. Oddly enough as I climb higher and higher altitude I begin to realize these star constellations are unknown to me.