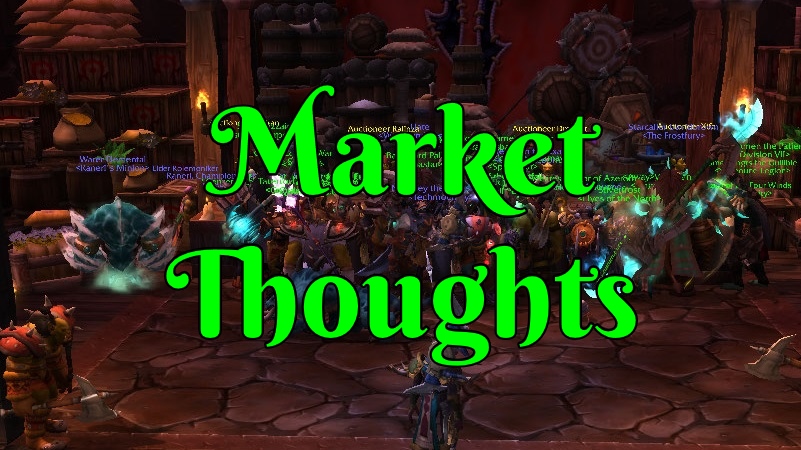 After having conversations with a few people I’ve realized most are ripping themselves off when it comes to selling on the Auction House.

They might tell me they sold gear item X for 200 gold today. Well, I sold it for 10,000 gold. While my shot at that 10k was a long one at best I only needed 1 in 50 items to sell for that much to be equal to the guy selling at 200. Now that not for everything and I’ve lower pricing on those items since. Now if I didn't know some other things I would least try for over 5k on armor but there some stuff I still don’t know as well so I’m not. 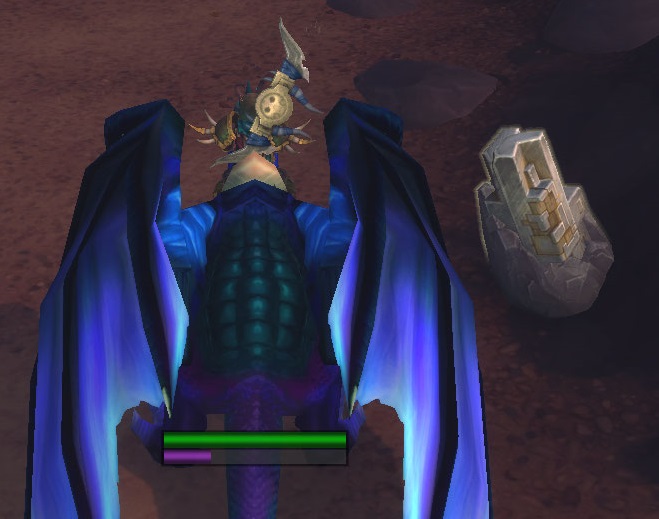 If you are selling new expansion resource right now for 10\to 50 gold please stop using the add-on Trade Skill Master or just undercutting the lowest amount you see on the market. You are ripping yourself off and making the resellers a truck ton of profit. I’ve personal don’t have time for reselling and I would rather gain levels so that what I been focusing on.

If you are into using add-on I personally use Auctionator for times like these. The markets are still trying to find their equilibrium. What sold yesterday could be selling for half as much today. Markets have no clue yet what the players really want as far as crafted goods. You just hear peoples option’s on what they are expecting to be good sellers. People also don’t know farming routes yet so there a ways to go for the market to be happy.

We can see here the lowest price is 64 gold for Monelite Ore on the server I’m on. Some would look at that 1,800 that is all worth and be happy to find a sale for that. However with Auctionator while it takes a little while to scan the market it displaces the data in a more usable format. As we can see in the screenshot.

I can now see a grouping of how all the 30 plus pages of listing are and I can look for large concentrations that will be causing market ceiling resistance. Some people made the mistake of putting or praying someone would misclick ore at 10k each at set those to 48-hour lists. I’m not even that greedy in the current market we are in.

For the most part for this ore there is a massive holding around the 130’s gold range and the higher it goes up the bigger in stack side people are trying to sell. Now while people might pay a convenience fee for a 200 ore stack size with add-ons it’s not too big of a deal to go in and mass buys 100 of listing between 64 gold up to 150 gold per ore.

While I was getting a few hundred in first few days if I can undercut these bigger stacks and they are not instantly selling then I’m getting a decent price. By tomorrow someone could have shared an amazing farming route and there goes that market.

On top of that there some way to grind up the gear, you have been looting in this expansion. That turns it into resources like the ores, leather, and cloth. I don’t know what zone this grinder is in or how to unlock it. For now, I’m just having fun and saving my gear unless someone happens to overpay the 10k I’m asking for it on the market (it has happened!) Everyone is really grinding that gear up into a resource for some really rare drop. I forget the name off top of my head.

With that in mind, there is some fear in the market of how little the gathered resources could become over time. If everyone is grinding up their gear for resource then enchanting materials are expected become expensive since there won’t big a big enough market to buy the gear off the auction house and disenchanting it for them.

Herbalism could also be big down the road once people start raiding and needing things along with a few other professions. Even more so since I don’t believe you are getting these resources from grinding gear.

Right before the expansion came out I was asking people what is the current price and what do they think will happen. Everyone was its nearing 200k and it's going to skyrocket. Expect hmm now the price was 145k this morning but it’s currently around 151k now on the US servers. Why is this?

Well, it’s simple really. Returning players who use this to get game time are already come back to the game with a token to use or they buy their first month with money with thoughts of earning enough gold to buy the Token for remaining time they play. Not to mention if they thought they could log into their level 110 toon on a non-subscription account and just buy a token of the AH or use one they had. Well, maybe support will be kind enough to give them a few hours of game time to do that. If not they are paying for game time to start with.

The whales are back and unloading WoW tokens to fund their desires of having the best of everything as soon as possible. While I don’t know if there is a cap on how many they can buy and sell in a year. Whales in video games can blow thousands to tens of thousands of dollars on a weekend for some fun. It’s a drop in the bucket to them and if it bringing then joy in life it’s a small price to pay for them. Those spending that kind of money rather trade the money to get the gold then their time to get the gold. It’s just more economical for them to do so this way instead of spending 100 hours to get some item on the auction house.

From a psychological standpoint, the buyers for WoW Tokens have 25-30 days of game time left depending if they got in a little early or are just now starting today. Most of them just want to have fun like everyone else so gold making is not a top priory--mostly. They also see the price going down like it has and thinks it will keep doing so.

A couple of days before the next cycle of needing game time is when those kinds of players go into a bit of a panic. If they don’t get the game time they either have to pay real money which they might not have or risk there account going inactive and not having the gold in time to buy the Token. As such they will go out in force and farm gold or borrow gold from friends to pay for that game time.

That itself could have some effects on both the WoW Token market and normal goods as well. As suddenly you have a group of players who have been procrastinating in need of 50-100k more gold to buy a Token within hours to days. They will fire sale goods if needed to get enough in time. Might be a good time if you are in the market for selling a WoW Token for those who buy them with money and list them on the Auction House. 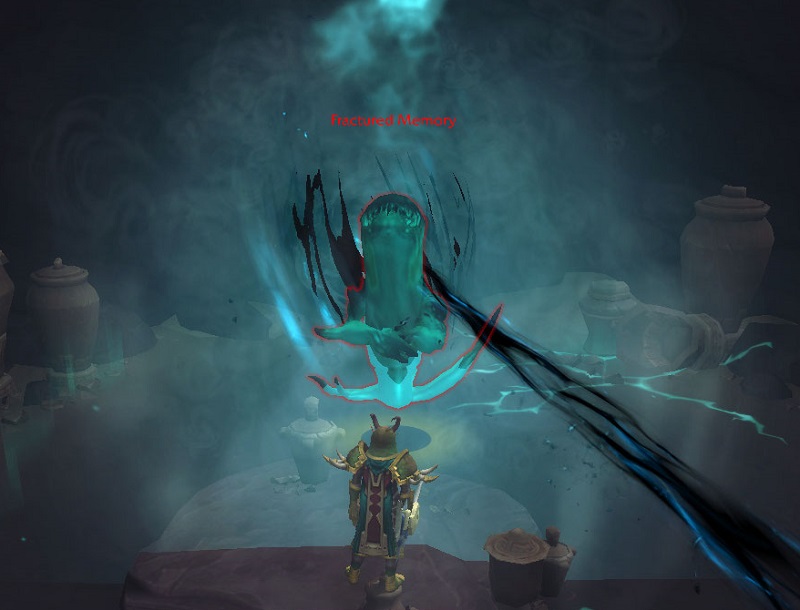 So far I’ve not had a lot of time to play WoW. For total sales, I’m at 30k gold. I’ve not been focusing on gold making and a large chunk of that came from luck as well. I had 1 green bind on equip an item to sell for 10k gold (very lucky) and I’ve been selling a lot of crafting resources between 150-800 gold each (currently). I was hoping for better prices but perhaps someone really big in gold farming has made this server I play on their new home and they are driving prices down while farming it. People on other servers have stated lower than expected prices as well so maybe not. I am on a high population server so that will be different then a low population server. Things move faster here but can be at lower prices.

For now, I’m just sticking with mining and herbalism when I come across those to gather. Any gear I can’t sell for 10k gold I’m holding onto to grind up and turn into resources. I’m also holding onto my old bind on pickup gear for that as well. To vendor that stuff for 40 gold or selling on the Auction House for 100 gold is just a bad idea right now.

I’ve not been focused on pets, mounts, transmog, or crafting yet. I’ve also not looked into resource shuffling either like it was done in Legion. So far just I’m having fun. I will if I have time run over to the Auction House every time before I log and relist or put new stuff up for sale. With how fast the market can move it’s best to get it up now then later on.

How has your gold made been so far? Have any amazing luck or are you struggling to make just a couple hundred gold?

Screenshots were taken and content written by @enjar. Screenshots are from a game called World of Warcraft.