Guilds of Gods is an idle incremental MMORPG by @carsonroscoe and @jaegar. This game is in alpha and can be played from several websites such as the project's own website, Newgrounds, and Inch.io to name just a few. In Guilds of Gods, you control adventurers that can take up different professions such as mining, fishing, woodcutting, and various kinds of crafting like smithing among other actives.

Guilds of Gods has a heavy focus on gathering resources and crafting with them. This is something I tend to enjoy in a game and Guilds of Gods has an interesting twist in how the player can go about doing so. This is great since the game has 23 different skills that you can level up as you control up to five adventurers that each has their separate skills.

One of the biggest problems I always run into as a player who loves to farm, craft and do it all himself is being a single crafting material short in making an item. Which then requires me to spend a lot of time go on a long trek to that farming locations. By the time I get there I then want to farm lots and heaven forbid if inventory space becomes an issue it can be a bit of a nightmare.

Guilds of Gods solves many pain points for me in a couple of different ways. First, as you progress along you can spend the gold you earn from selling what you gather or craft to unlock additional adventurer slots. You can have up to five different adventurers all doing their own thing like farming a resource you are short on. You act more like a foreman than anything else for a lot of the gameplay. 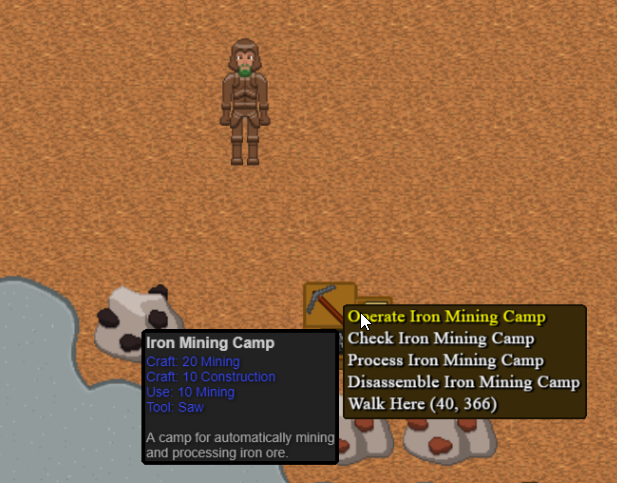 Secondly, you can build what the game calls camps which are the short-term base of operations that send an adventurer out to perform a single farming action for a limited amount of actions. The further along you progress in the game the better quality of camp you can craft and the longer your adventurers will be farming without you need to tell them to build another one.

I also see camps as a way of dealing with the kind of botting you tend to see in farming heavy games. This at least allows the normal player some time to go do other things or direct his other adventurers on their tasks. Somewhat leveling the playing field for those who play games to enjoy them. This also makes the idle part of this game.

Camps also turn all normal items farmed into noted versions before your inventory fills up. This allows you to stack hundreds of a single resource you are farming. This gives you a massive advantage over only being able to carry 28 non-noted items in your inventory otherwise. 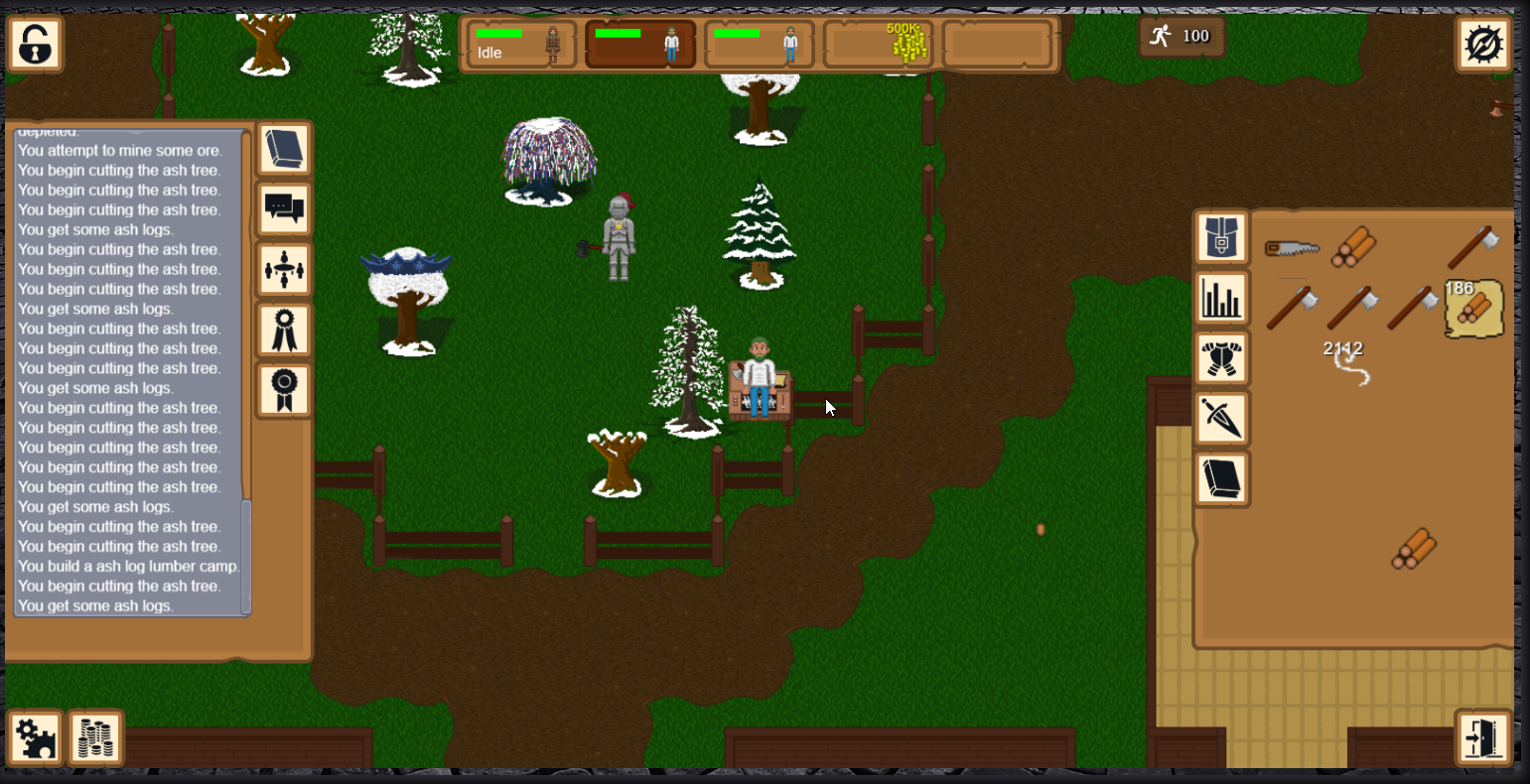 I could set up an adventurer for hours in the same spot as long as I still had enough resources to craft the camp I needed for the resource being farmed. This usually included the primary tool that was required for farming that resource and the right rarity of wood. I just needed to craft another one when the camp ran out of actions.

Using camps also puts you in an interesting situation where you need to level up high enough the right skills just to be able to craft it. Along with acquiring the crafting requirements to make it. This could take some time trying to do it all on a single adventurer. I have spilt up farming and skill training duties among my adventurers so I have a miner, forester, and fisherman so far. I could train all skills one just one that would take quite some time.

What I consider to be my main adventurer also handles, for now, all the crafting elements of the game as my needs arise for different items. These require a bit more time and attention on your part as you need to process the material, craft the item and then sell or store it for later use. Eventually, I could see myself needing a dedicated miner to keep up with the rest of my adventures.

Crafting itself requires a few steps and having the right tools on you. For something like smithing tools or armor you first needed to smelt the ore into bars in the furnace. You then would go over to the anvil and select what you wanted to craft. At least at the stage of the game, I’m at, it is not an overly complex crafting system. At most I needed two different types of ore to make a single bar. I would usually farm up hundreds of raw resources. Then load my inventory up with as much as I could carry at once and go through the process of turning it all into an item before I would sell it to a vendor for gold.

The game makes it each to switch quickly between different adventures by you just needing to click on them in the top part of the screen. They also display information on what is going in so you can easily spot when one of your adventures has gone idle and need to be given more instructions. This is quite key in trying to keep all your people active at any given time.

There is more to this game than just farming and crafting. This is just what I have done so far. There is also combat and I have even noticed some warning in chat about the different guilds being under attack. Perhaps as I progress along unlocking higher tier camps, better resources, and more adventures I’ll make my way over to combat.

With this game being in alpha it will be interesting to see what further directions it moves. For now, the game appears to have a couple of basic quests to start you down different gathering paths such as joining the different farming guilds. Along with lots of different resources to farm. For me at least this game had a little bit of Old School RuneScape vibe to it with the leveling and farming. I’ll admit I never played much RuneScape so I could be wrong. That feeling however did not last long once you start unlocking more adventures, using camps, and dumping all your goods onto the vendor for some quick gold. Which I rather enjoyed in this game as it made it more enjoyable.

I’ll be looking forward to seeing how this game progresses along and moves into further stages of development and beyond.

Screenshots were taken and content was written by @Enjar. Screenshots are from Guilds of Gods.