Brave Frontier Heroes is a blockchain game on ETH where you make a team of heroes and send them off on quests and fights in the arena. Some of the items you get from doing so are just temporary lasting only a week while others can be ERC-721 NFT that you can further upgrade or sell.

Brave Frontier Heroes itself is played in the browser. It is 2D graphics games with options to have fights carry out on auto. While you do need an ETH wallet like MetaMask to be able to sign in. The game itself does not have an upfront cost just to play. You will, however, be at a bit of a disadvantage if you are looking to play for free instead of spending some money. As some stuff is locked behind a paywall and it does cost money if you are looking to sell items for ETH.

Brave Frontier Heroes is not overly complex and it mainly focuses on using stamina to run quests for items and experience. It is one of those games you are rewarded by playing daily to take advantage of the slow regeneration of stamina over time.

The game starts you off with three free heroes. Parties can have up to five in total so questing can be a bit harder if you do not end up buying more heroes for your team. It is however still possible to progress. I choose to remain mostly free to play with only spending a couple of cents which I’ll bring up later on.

Questing itself is broken down into five different areas. These different areas than have their own difficulty levels you can adjust according to your own team level and gear. They each have different types of both NFT and temporary items that can drop that they call spheres. 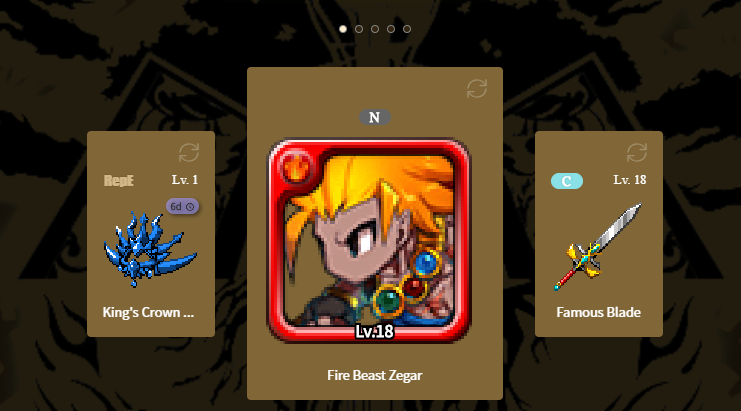 These spheres are weapons and shields which you can equip on your heroes. They all come with their own special ability that your hero will now use in battle. Some are more focused on physical damage while others magic. Others might provide a defense or even heal on use for that hero.

While the first beginner area is double with just the free heroes the game starts you off with. You will need to acquire some spheres and levels to tackle harder things. From my time of playing so far, it appears the “recommended” level for the different difficulties is based on having a full team. As far as the actual questing itself after you are ready to go it’s fast and easy. You simply depart your team and click start. From there you can speed up the three different waves you need to defeat to win. 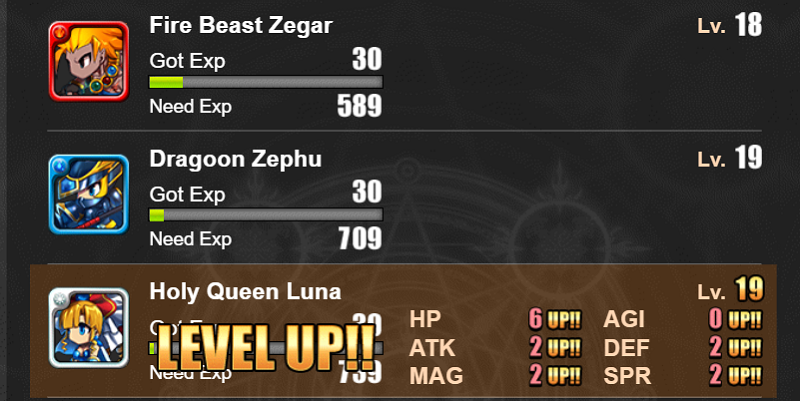 Those that survive the gain experience. This does mean you want to farm areas you can clear most of the time without having deaths. Otherwise, you will have heroes that fall behind in level over the long run.

You also get one item after you win as well. More times than not the sphere that drops will end up temporary whose timer starts once you equip that item. The ERC-721 sphere drops themselves have a limited supply and are a much lower chance to get.

Questing is great for the free to play or budget player as the best place to acquire new items while they use their daily stamina up. Many other parts of the game are more designed for mid to high-level players to acquire better items. The hardest of quests also require you to be a monthly paying member of what they call Prime.

There is PvP in this game in the form of the arena which each player can sign up and partake in. This is not a place for the starting player to be. While certain ranks do have set rewards at the end of each period of time. This is where the paid and higher geared player combat for better gear.

The free to play player has one beginner arena that they are permitted to fight in. With a limited amount of attacks, they can perform per day. The other two areas require you to be a paying member and drop far superior items for those who rank high enough.

I have not been in too many battles. I simply lack the items and level, for now, to even get anything worthwhile out of the free area for this part of the game. If I wanted to start paying monthly and buying items my mind would change on my thoughts of PvP. For now, I choose to focus my time on other more worthwhile areas.

Screenshot of OpenSea Brave Frontier Heroes market place
With this being a blockchain game after all on ETH with ERC-721 items. One naturally thinks what opportunities are there to sell and maybe make some crypto while you are playing a game? While there is some opportunity you do need a little bit of spending money if you want to sell things on the open market. While there is in-game treading as well for ZEL which you can also buy that is not something you can sell.

One way for this game to save themselves and you in having to pay gas transaction costs all the time is limiting when it has to mint an item as ERC-721 token. This is seen all the time in other games so at this point it is just common practice. This also means there is a fee to transfer an item out of the game since it then has to be minted. This is only for permeant items which have a very low drop rate.

Some of the higher valued things are Units or as I’ve been calling them heroes. For the most part, they are acquired from buying them in-game with the game's currency called ZEN. You then level them up from questing which is where they can start to earn quite a tidy sum of value. Depending on the rarity and the level many are asking for .5 ETH or higher. The bulk of lower level and rarity ones are going for .1 to .3 ETH on places like OpenSea.

As far as gear spheres go. They can also be leveled up. This is however not done with questing experience. Instead, you fuse unwanted items for their experience value. So far I have only used temporary items to sacrifice for fusing. For the most part, the bulk of items being sold are for less than .1 ETH on places like OpenSea. While there are some crazy outliers out there that is something the end game players would have access to obtain.

According to Opensea if you sort by volume over the past 7 days they have had alone 75 ETH worth of items selling on just that market. Making them the 8th highest game over the last week for transactions. Which to be fair ETH has been struggling with heavy congestion so I am rather shocked to see people even getting item sales at this time.

While the game does allow the free to play players to enjoy most of the game. The game does have a monthly subscription model for those who want to unlock everything and gain some benefit from doing so. With it being .035 ETH which at the time of writing this was around $4.34 which sounds like an amazing deal since we have had a hard market downturn as of late. As far as trying to get that much back per month I’m not sure.

Since I have only been playing as a free player who has only spent a couple of cents on a daily drawing for free Zen. There is nothing else I can really say about this part of the game. I thought I would include it anyway so players at least understand some content is behind a paywall. With there being benefits for those that just want toss a couple of bucks a month at a game.

Overall as far as blockchain games go Brave Frontier Heroes has been decent. I understand the browser style of games with stamina usage mechanics and auto-combat is not for everyone. That is just where most of the blockchain market is for the time being is.

They do have an active enough player base to rank them high enough on ETH to catch my attention on how much players are spending. I felt it was a decent balance if someone just wanted to play and only use the in-game market. If you really wanted to spend and sell items later on to an external market there is always that option as well.

Check out my blockchain games index for further gaming content.