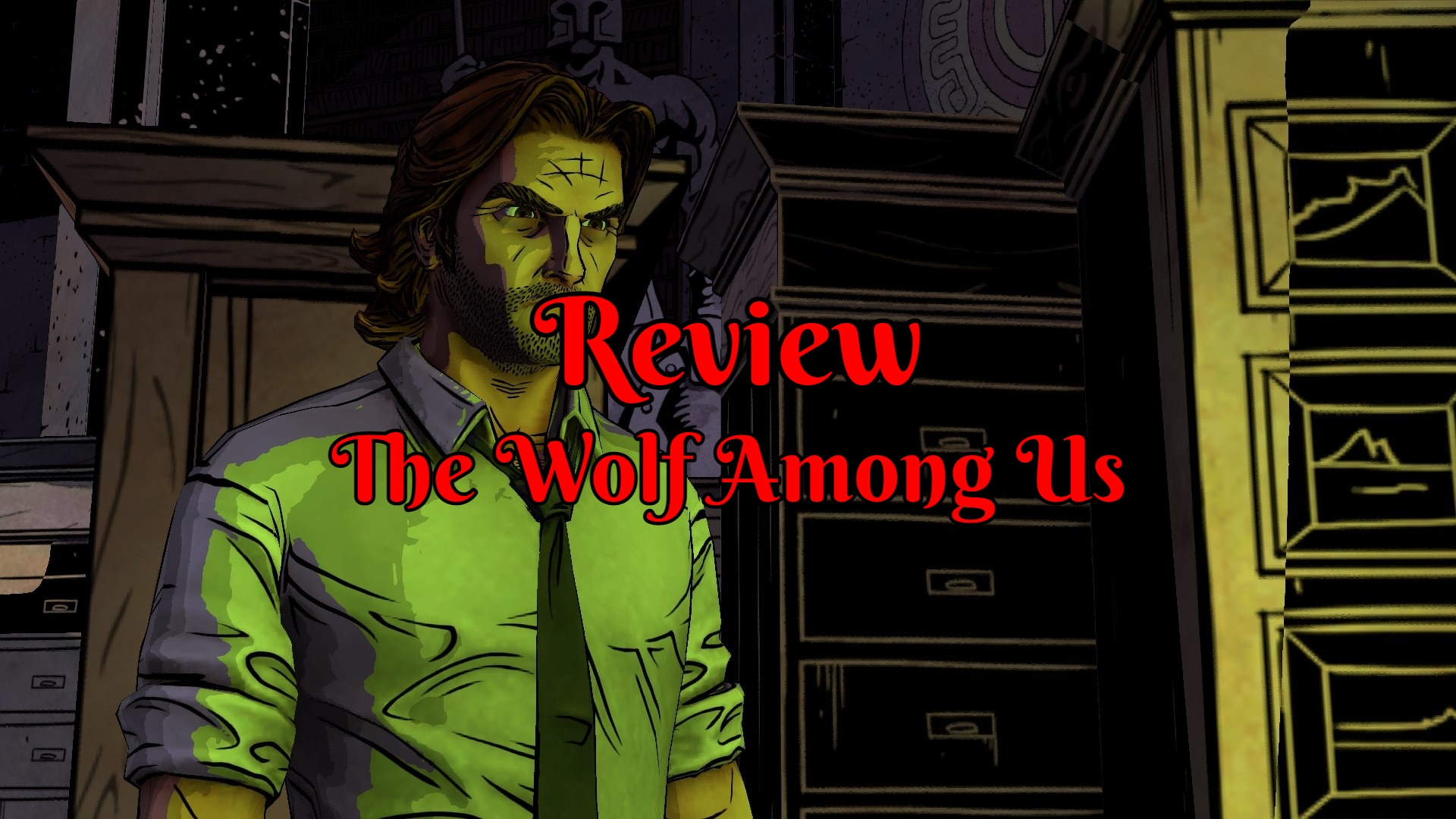 The Wolf Among Us is a story-rich adventure where you play a detective and you get to make choices that have an impact. It is quite thrilling seeing what impacts your choices have. This game also gives you the sense of feeling misunderstood by the very people you are in some cases supposed to be protecting but they don’t see it from their point of view. 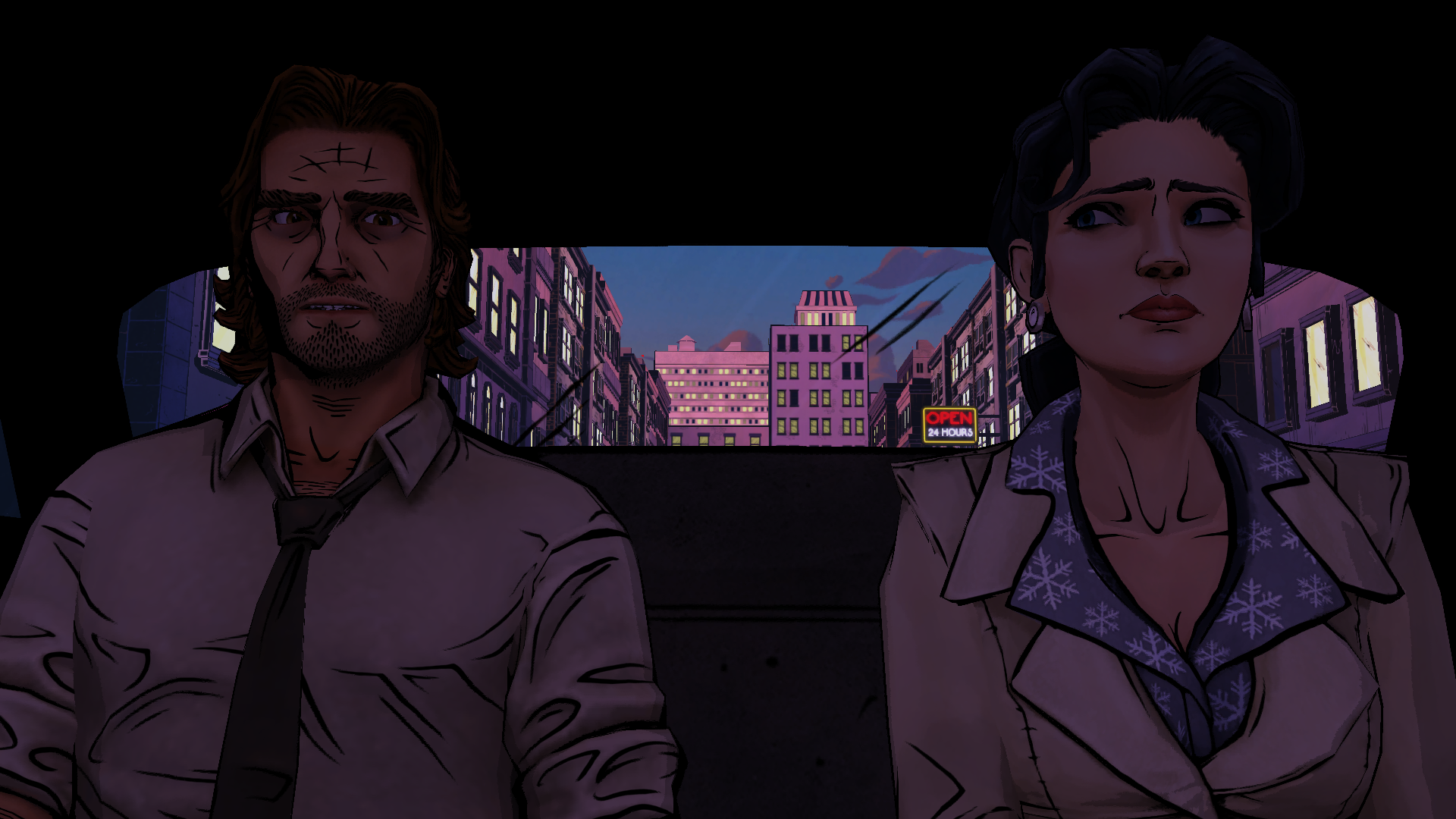 This is one of those games you might not notice right away just how old it is. The art style behind this 2013 creation has stood up to the passage of time decently in my opinion. I had the pleasure of playing it back in 2019 and the thing that still stands out in my mind the most is how it looked.

While I am a person of few words when it comes to how a game looks. I don’t feel the remaining screenshots in this review will do this game justice. In part, because I use too few as each screenshot I took feels like it gives something big away. Every frame tells quite the story and includes many details you might not notice right away. While it might not be to everyone’s taste I rather enjoyed the dark and vibrancy this game gave of.

Be far warned this game has a lot of cuteness in it that you just can’t skip around unless I overlooked or forgot that you could skip. At times it was almost like watching a movie until you were yet again prompted to make a choice and have the story move forward.

Choices Have An Impact 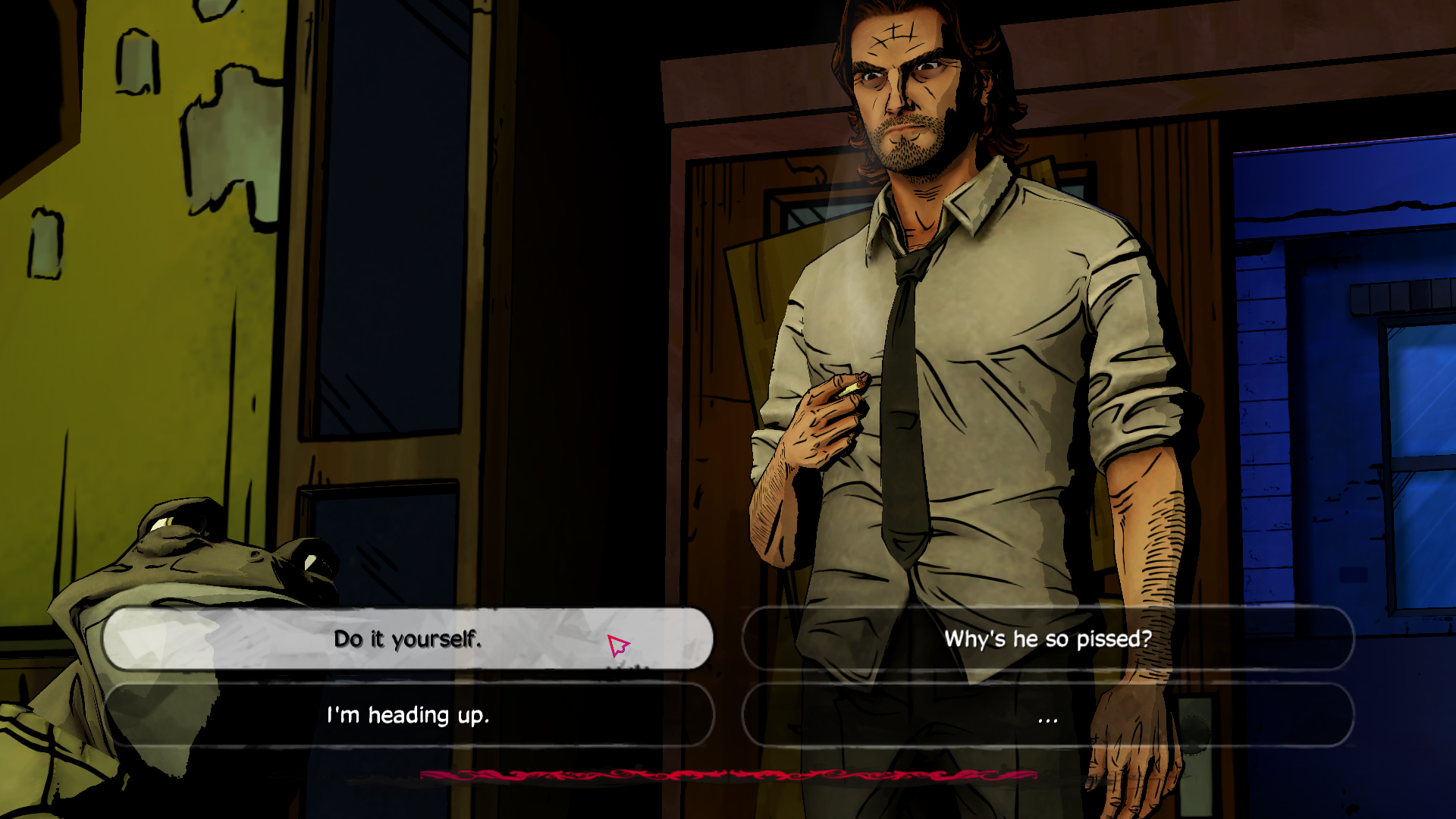 Without getting into the main storyline too much it was one of the more fascinating features of this game how story-rich it was. You were given quite a lot of opportunities to make choices during dialogs or other events in this game that made you feel a minor or major impact.

The choices you make were also done in a way at least from my point of view that you picked wrong. In games like this, you might think you are going to play the “good guy” or the “bad guy” and with that mentally that would dictate the choices you make in a game like this.

The lines from time to time blurred and how the characters in the game responded felt like the impact you wanted to create for the story moving forward was not always what you got. Many times the game would toss you a curveball. Other times in those heated moments it gave you exactly what you wanted and you deserved the way it left you feeling for making the choice(s) you did.

If you are not someone into a game that is constantly presenting you with four dialogue options to be choosing from this might not be a game for you. Sometimes it felt like these choices meant nothing in the long run and other times you got a cold slap in the face the very moment you realized just how wrong you were.

The game also did it in a way to put pressure on the player. You did not have all day unless you were a bit cleaver to contemplate about the morals of the choices presented before you. As the game used quite a simple tactic of a timer in the form of a red line that decreases down to zero in time. Even refusing to make a choice was making one and sometimes felt like you unlocked a hidden fifth option.

The game also liked to use the moment of intensity where you had to make a split decision. All of it had some impact sooner or later in the game. That was something this game seemed to do well from the start. Many times you might not even feel like you have a choice but making a choice is quite important in this game so that was often not the case. For those who enjoy clicking around rooms once in a while and finding clues. The detective side of this game might scratch that itch. Some decent thought was put into the clues you could find and it played well into leading the player down one train of thought or another.

This is not one of those games where they make it hard to find the clues in a given area. The game in fact makes them quite clear as in a way it needs you to find them. They play quite the role in some choices you get to make but also how you choose to make them.

A lot of times it did feel like you were searching a crime scene for clues. You were trying to find out who did what to whom and why. Sometimes it was quite thrilling to connect to the dots as you went along. Other times not everything you had found was made apparent in what it meant right away if anything.

In a true deceive fashion of a sense, the game did use an array of tactics when it came to the kinds of clues you would discover. Some of them could be red herrings or you simply did not see the bigger picture of what was going on yet. Other times they were in fact what they appeared to be. Either way, I’m trying not to say too much as the storyline is the main driver of this game. While I don’t usually play these kinds of games it was enjoyable. It was also not overly long. I played it for maybe 7 hours till the end and that felt ample. Some kind of games like these can drag on and I’m glad this was not one of them.

While this game feels like it has some replayability for those who want to do it differently a second or more time around. Something tells me this game a bit smarter than you expect it to be. Almost like they wanted the player to try again and not get the result they were hoping to create. That however is just a theory of mine as I did not play it over.

Screenshots were taken and content was written by @Enjar. Screenshots are from The Wolf Among Us. If you are thinking about getting this game and are looking to support me further consider using my Epic Games creator code: enjargames at checkout or using this referral link to be sent to the store's page.