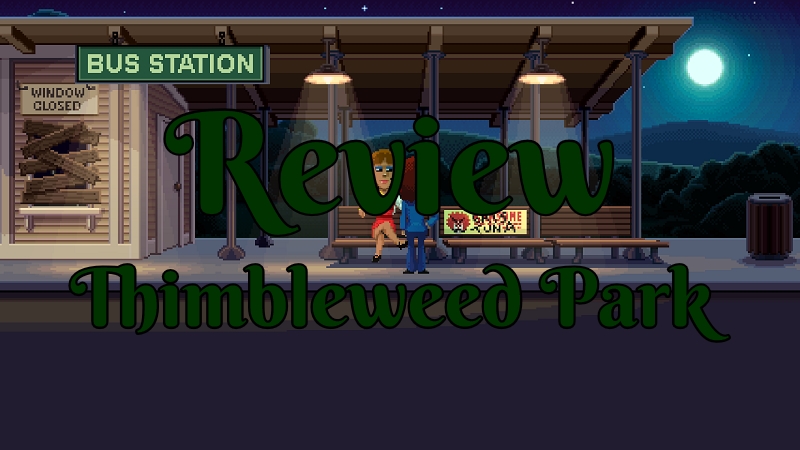 Thimbleweed Park is a witty retro point and click adventure game that holds true to its roots and takes the player on an experience.

In the modern era of gaming, many games seem to have lost their way. They are quick to take the player to the highway of microtransactions and are not any fun unless you are spending even more money. Thimbleweed Park is a refreshing breath of air that is honestly just about having a fun time in a game again with no extra strings attached. Like gaming should be 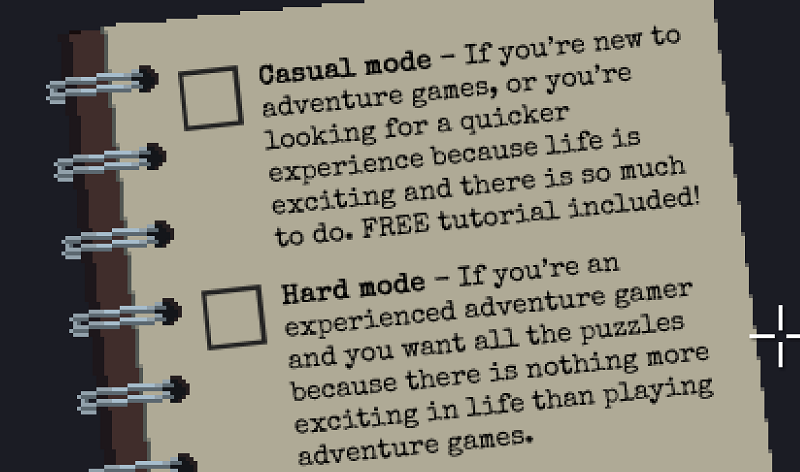 I don’t normally like a game like this as I’m just not very into having to solve puzzles and hunt around for clues in the dark. The game, however, seemed to almost be waiting for someone like me to arrive. It was really well thought out and seemed to be more focused on ensuring I was having a fun time than anything else.

The game itself had a casual and a hard mode. Instead of trying to be too edgy about it as a lot of games out there they just flat out told you the differences. The game was not trying to coax the player into taking a mode they would be unhappy with. There was a little wit included but it held true throughout the game in that manner and was not overdoing it here.

The game itself even told the player there would be no dead ends or other kinds of hangs up in it. There is nothing more frustrating in a game like this when you feel like you hit a wall and can no longer advance. At least in the mode I selected I found it to be a pleasant experience of light puzzles, clues, and some but not over the board creative thinking. 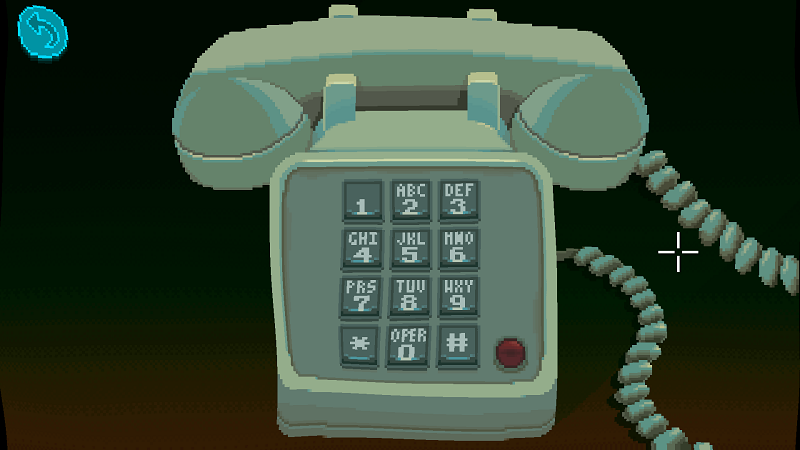 They also had in a retro way an in-game number your character could call on a classic phone for a help hotline. It was built well into the game and give some subtle hits with some not so subtle hints if ask again about things. There where little flyers throughout the game where it looked like you could just tear away the number portion.

The game was even broken down into different acts or parts as they called them. Where you the player could not progress any further until after you had completed certain things within that act. Then you got a little cut screen with a new part title to let you know you are moving along. This I felt helped keep the game from becoming too overwhelming with the way they let you switch back and forth between different characters.

I rarely found myself needing to find a phone in the game for the help hotline. Since they seemed to put a lot of effort and testing into the player experience it was just a nice safety net. They did, after all, ensure I would pick the best game mode for my own enjoyment in the first place. 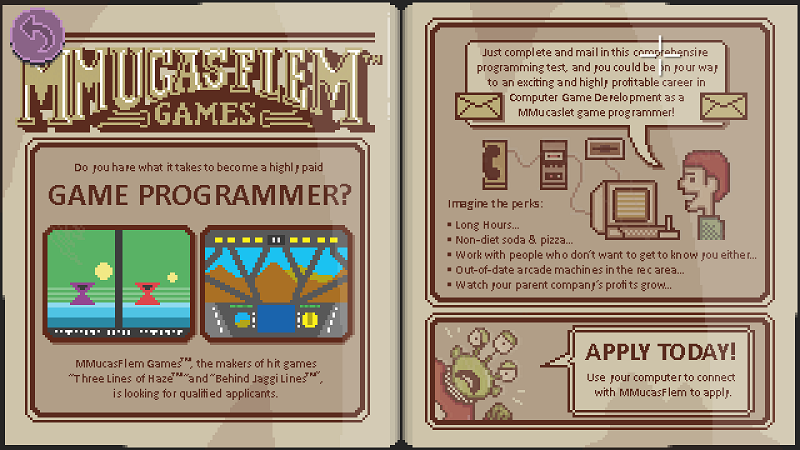 I’m sure you have already seen from the screenshots this game has a retro aesthetic. to it. It also carried that throughout the game in the many references and other cultural nods it took to.

I could see a game like this aging decently down the road whenever the player has a weekend or two free and the urge to experience this game again. The issue with many modern days games trying to look realistic is a decade from now they just won’t. Like a movie that went out and did a shoot at a physical location vs one that just used CGI to fake it. I expect this game to remain visually pleasing if you are into the retro feel. 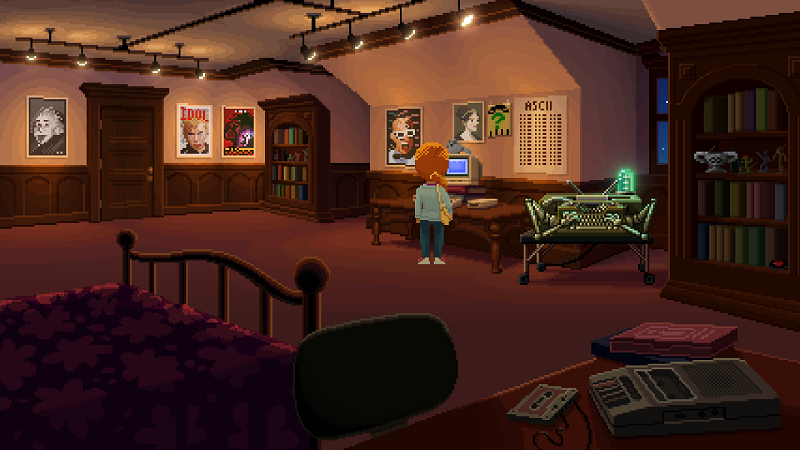 I also felt like this game was speaking to me and the era I am from. There was Nostalgia sprinkled in from cultural and movie references in Thimbleweed Park. Things such as clothing and even poking some fun at how a younger generation was speaking in his attempts to remain cool. Along with a reference to a really popular movie from 1999 that I won’t say the name of as that might spoil some things!

Humor And The Fourth Wall 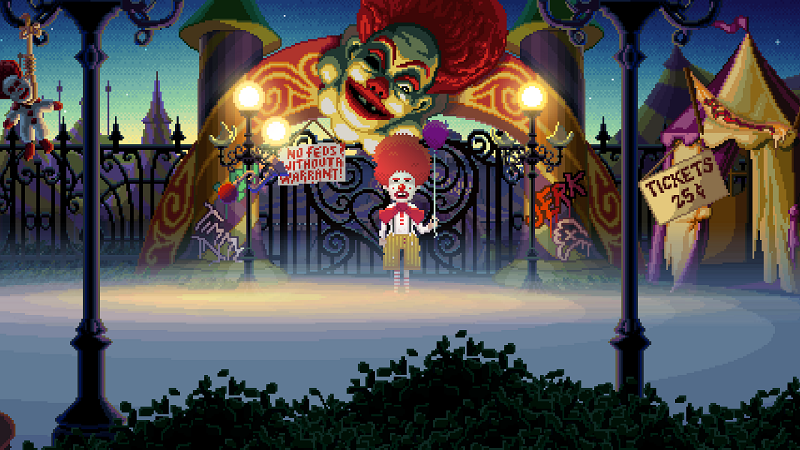 Thimbleweed Park had a bit of witty humor to it from a suspect list of characters in the storyline. There was also a couple of the fourth wall breaks that where done in a classy way. Overall it was not busy trying to push the line it was just pure fun.

You could say this game had a couple of usual suspects. Even the most deplorable character Ransome The Clown had his moments. While his humor was more geared towards being insulting it was done well in the role this character was tuned for. The game developer's seemed to have had an imagery line they were not crossing to get a chuckle or laugh in here or there and they pulled it off.

As a player, I really enjoyed many of the interactions I got to have. There where characters like the Sheriff that add in more humor and some quirkiness to the game. You had text options to indicate that you were onto him with sarcastic replies that you were going to go along with it. Along with options to just cut right to it if that was not your thing.

I’m also willing to admit I’m a bit of a sucker for a good Fourth Wall break and this game had a couple of movements like that. The characters throughout the story wanted to let someone know they were onto something going on in this game (it’s hard to avoid spoilers!) While they were not exactly like a Rick and Mort or Family Guy forth wall break I still enjoyed them on the rare occurrence they came up. 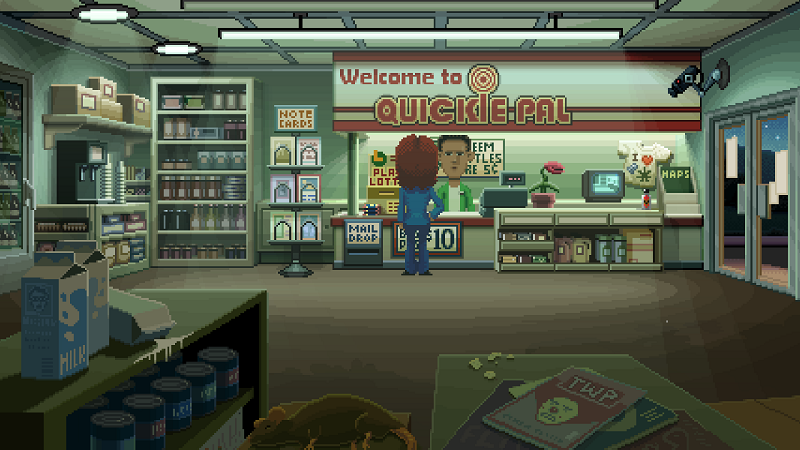 In a game like this, one of the main features is the storyline itself. Most times I’m the kind of person who just skips right over that sort of stuff when given the option. If you are in a rush to move on while you certainly can attempt do so you also miss out on some of the funnier points as well.

I found myself engaged in this universe and even clicking on speech options that I felt beyond what I needed to do so when given the opportunity to move along. With the way, the story and characters are written you want another slice of that story cake. Even more so when it was coming from a character you latch onto.

There was also the game mechanic feature of being able to switch between different characters and the mini story arcs they all had themselves. It was like a bunch of individuals where all working on the same puzzle together and eventually came to that realization. While I did do the major of exploring and gameplay on a single character they all felt rather well weaved in. 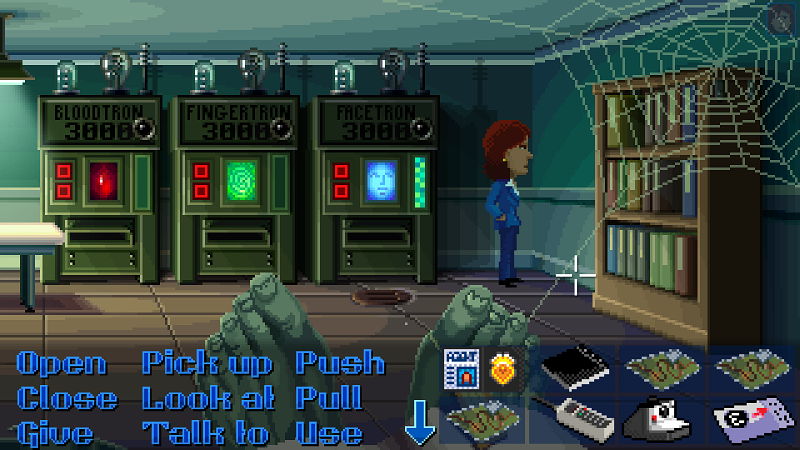 Another big part of this game came down to the different kinds of puzzles in it. They were simple yet elegant in their own way as far as a game can be. There were also a couple of different kinds but nothing that makes someone wanting to pull their own hair trying to solve. Because this game is a point and click adventure they were quite objected based. Everything you needed to know could be found in the game for the most part as well.

Some puzzles themselves followed a path of having to solve individual pieces to complete a Tron. These Tron’s where in-game machines that often required multiple items to complete. The problem solving for these themselves were just working out how to acquire the items.

There were also teamwork puzzles between multiple characters. Sometimes something you needed could only be carried out or was already discovered by one of the many characters you could switch between. Most times I had the majority of items when I could on a single character so I could easily see the overall bigger picture of what I had to work with. 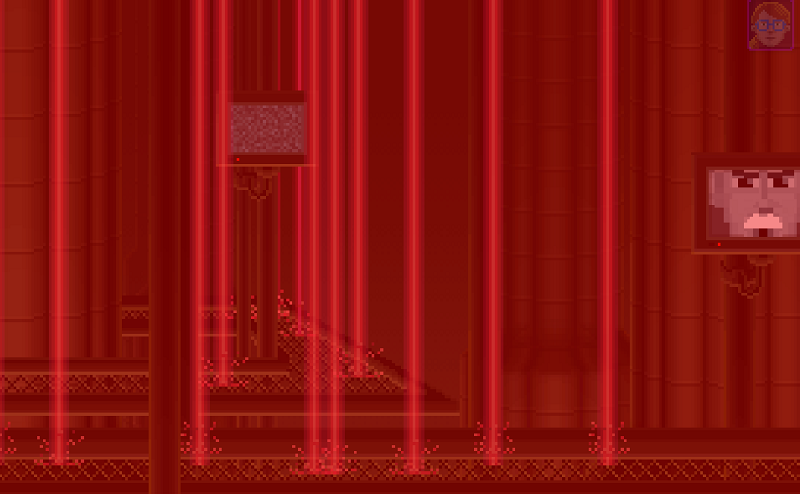 I also found myself a couple of times overthinking things and making them harder then they needed to be. I'm used to gaming trying to throw you more curved balls then Thimbleweed Park did. Which in itself is quite clever with how much overthinking our current society tends to do these days. 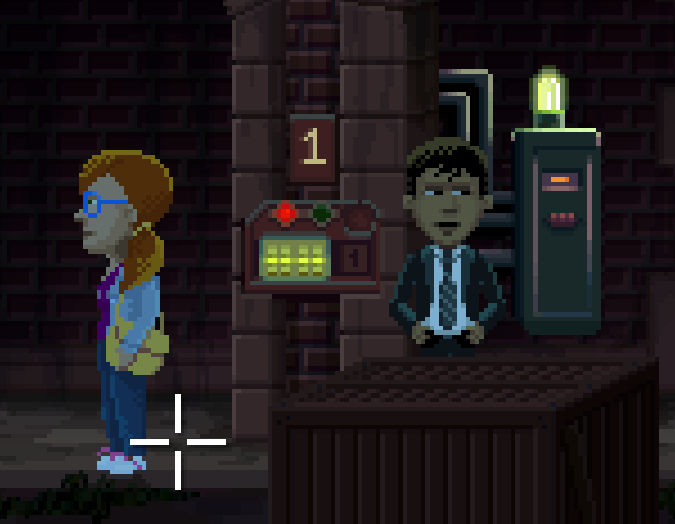 They were also well throughout. I only once felt like I wanted to try and brute force my way through one of them. This was my own fault for not exploring an area further and finding the clues that made it quite easy. Often times they just required common sense and some detective skills. Once you started to learn how the game used items they made perfect sense.

While the casual version did have a lot fewer puzzles then the hard mode. If you are someone who enjoys spending hours of thinking to solve a single puzzle this may not be the game for you. It felt like there was just enough problem solving required that it was rather enjoyable but not too much. 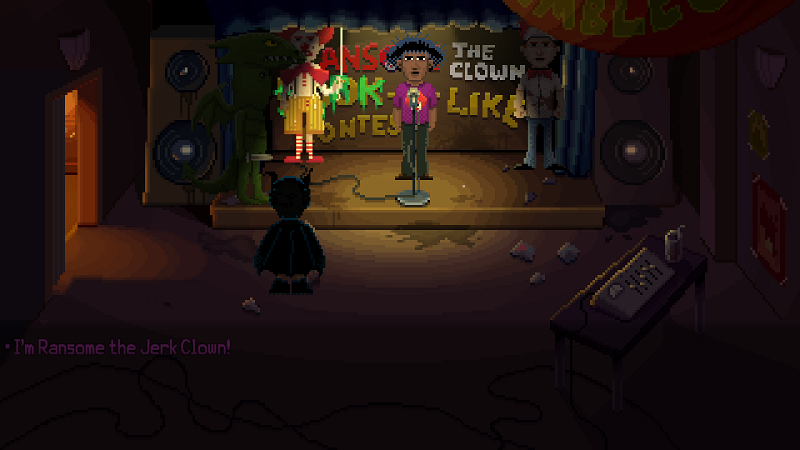 This game for me really was all about having an enjoyable experience even when I would not consider myself the main demographic for a game like this. Between the retro, humor, and well throughout storyline and puzzles. It all just fell into place for some pleasant afternoon and evening gaming.

So many companies these days are trying to reinvent the wheel or be a complete clone of other successes. While I don’t know much about the game developers other products this just seemed to be doing its own thing while not going overboard.

I really felt like the game developer made this game with passion and love. As a result, I had an amazing adventure. I hope others discover this gem and get to enjoy the same takeaway.

Screenshots were taken and content written by @enjar. Screenshots are from a game called Thimbleweed Park

I received this product for free. This had little to no bearing on my review. I feel the base price of $19.99 is more than justified for the amount of fun this game had to offer.